Thank you to Akakura Kanko Resort the other day.

The surf trip article serialized by Tatsuya Yamaguchi of TOKIO and the talented editor Ichichi was shot.

Thankfully, we have been together for two days.

On the first day, I met with editor Ichi and cameraman Yoshito, stylist K, and writer E.
Ichi, Yoshito, I, and Yoshinoman, the captain of Digger who stayed with me for two days, set up various strategies, and Tatsuya and Manager K joined us from dinner. 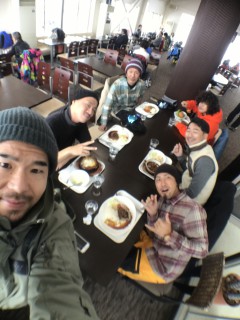 For me, who plays the guitar as a hobby, I was nervous at first in front of Mr. Tatsuya, a great musician who is the face of the living room in the morning and once on stage, it grabs the hearts of tens of thousands of audiences at once.

Yoshito, a cameraman who handles everything from snow to shooting of famous celebrities, explodes the super-light and various genres of Omoro Talk, and they are all super good people, and Tatsuya whose birthday was the day before the move. A surprise birthday cake with a caricature was carried by everyone at Akakura Kanko Hotel

I'm sorry to give you the seeds of persimmon (laughs)

I think that Mr. Tatsuya's surf-style full-throttle riding and off-shots at a super beautiful hotel were taken by Mr. Yoshito with the consideration of everyone at Akakura Kanko Ski Resort!

This time, Tatsuya-san's super-peaceful personality, who responded XNUMX points to me and the kids who asked for a handshake at the station as a transcendental wonderful person, completely grabbed my heart and lived at TOKIO. I want to go to support!

Furthermore, the most impressive event this time, I took the last cut of Mr. Tatsuya at the bank where all the digger finished it super beautifully in the snow, but I took it many times even though I could retry by turning the lift. Watching the movie on the spot, while repeating various questions and answers, I was really impressed by the professional attitude of hiking up many times and riding with a high degree of perfection, and the last one was perfect Everyone who was there at the moment of making up screamed and rejoiced with a high five!

At that time, I see!
Heroes are always heroes!A natural and genuine hero!The respect points for Mr. Tatsuya have doubled (laughs).

Also, Mr. K, the manager of Mr. Tatsuya, Mr. Yoshito, the cameraman, Mr. Yoshinoman, the captain of the digger, who came to the scene this time, I was all from Utsunomiya and I was scared (laugh) 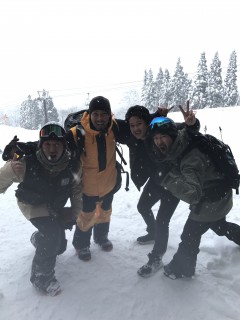 Now in the car, TOKIO's new song "Love! wanna be with you ”is a super heavy rotation.I think I can sing soon (laughs) 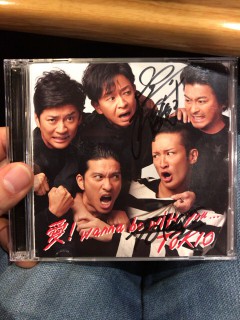 Aniki!On the morning of the lunar water, I will definitely check the zip and do the poses I learned (laughs) Thank you very much!

Thank you Itchy, it was fun!Let's slip again!I'll put it on the bank of Itchy (laughs) Good luck! 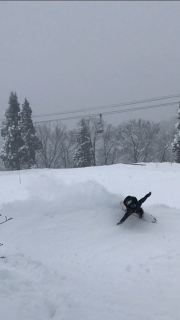 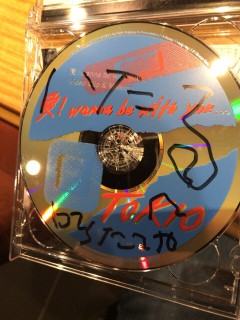 NO.69_ "With a magnet function that has the strongest cost performance ...

A magical tool that allows snowboarding to slide well! ??

It ’s the one and only thing in the snowboarding world.