Hello, this is CAP.I came from Kaohsiung, Taiwan via Singapore to Perth, the capital of Western Australia. 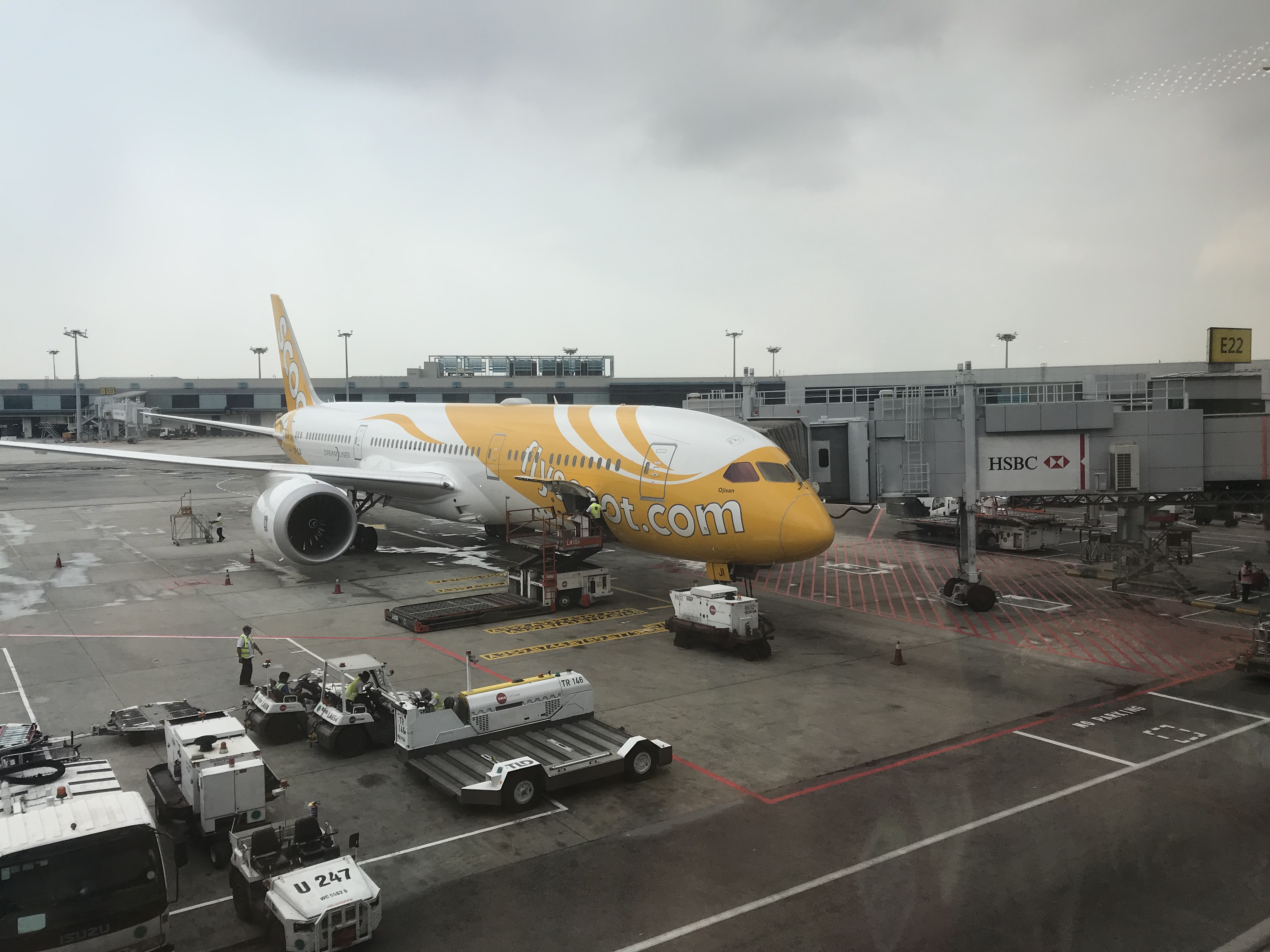 This is the second airline Scoot as an LCC enthusiast.This was also cheap.However, there is a reason why it is cheap, and there is a 2-hour transfer time to Singapore, which is a stopover on the way.The arrival from Kaohsiung was around midnight, so I went to bed on the carpet at the airport.However, it is quite difficult to get this place, and there are many people who are thinking about the same thing ...As expected, Southeast Asia is an LCC powerhouse. 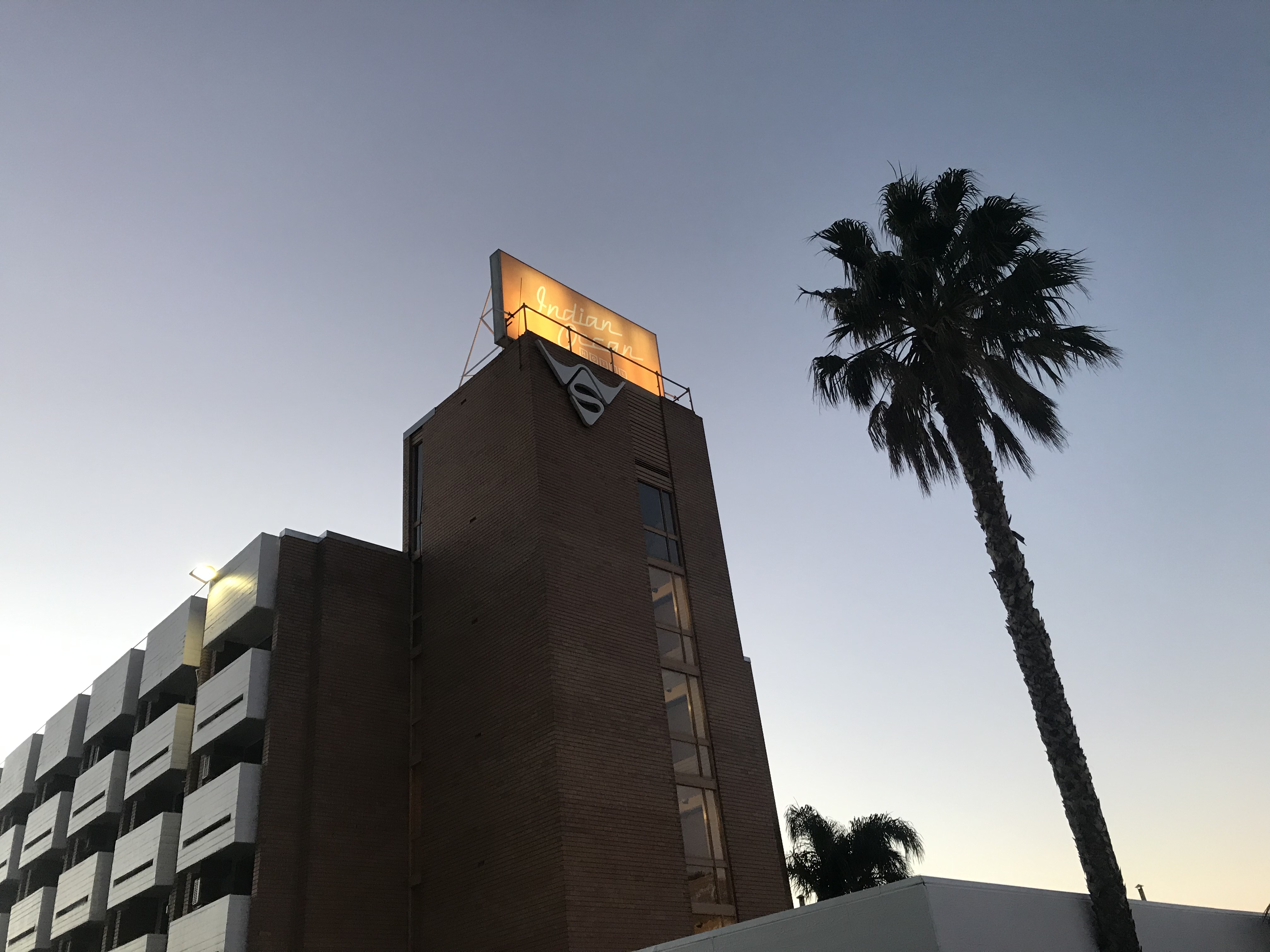 When the first place is sunny, it feels good.I often come to Australia, but this is my first time in Perth on the west coast.The weather on arrival was fine.The place to stay this time, illuminated by the setting sun over the west sea, is a place called Scarbourgh by the sea.I made it a little far from the city so that I could sew between work and go surfing.Looking at the photo, it looks like a tropical country, but the temperature is already close to 10 degrees Celsius.I'm glad I brought down. 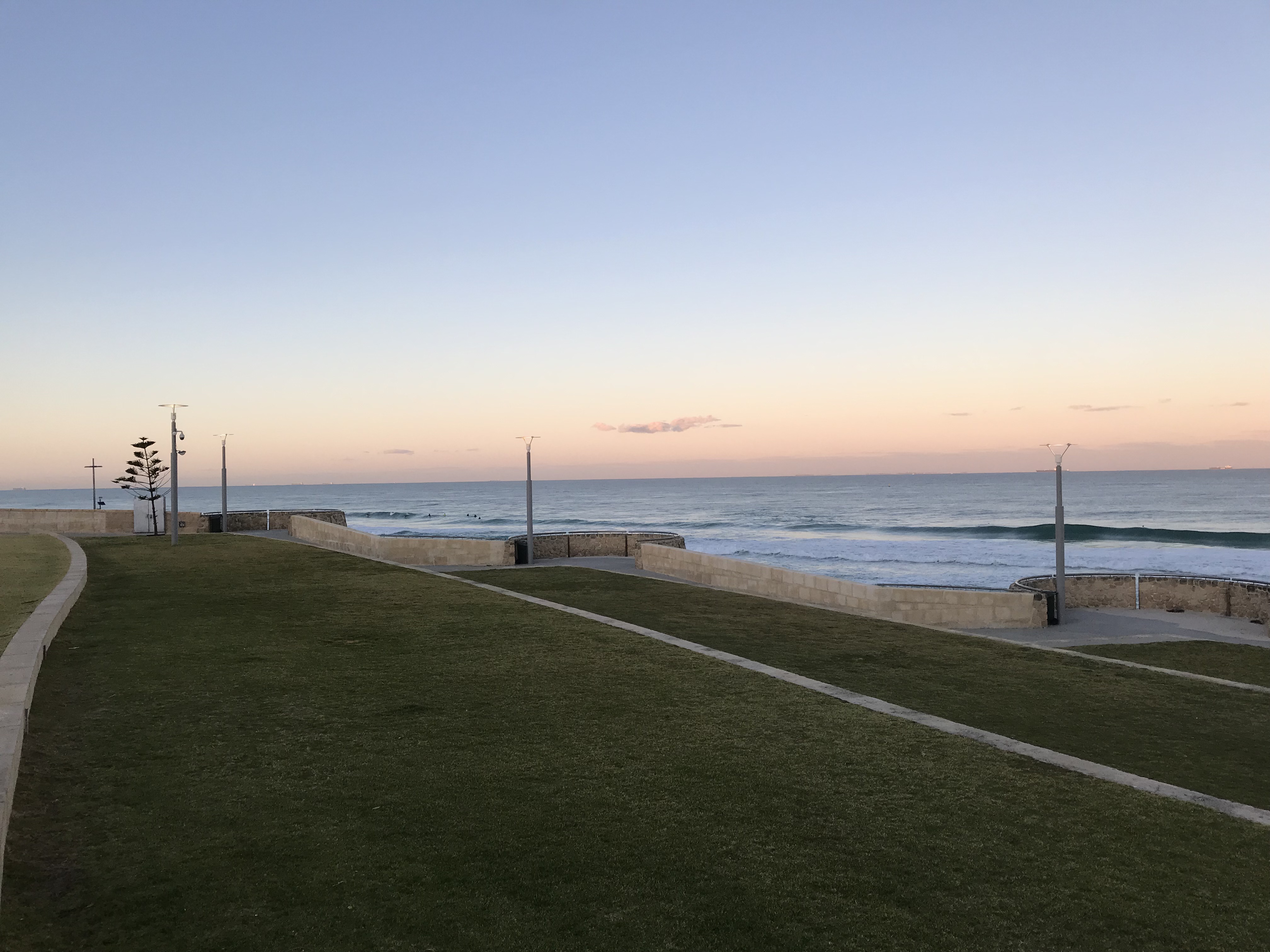 Wake up early the next morning and check the waves immediately.It's 2BLK from the inn, so it's about 5 minutes on foot.It was a size that could not be expected in the forecast, but it is still a size that can not be expected. Is it like 1 ~ 2ft?The occasional set is a little bigger, but the swells coming from the Indian Ocean feel the power.The atmosphere is different from the usual 1 ~ 2ft.But….It's too cold. I brought a 5mm full, but the temperature in the morning was a single digit, and the sudden difference of 30 degrees Celsius made me feel a little discouraged. 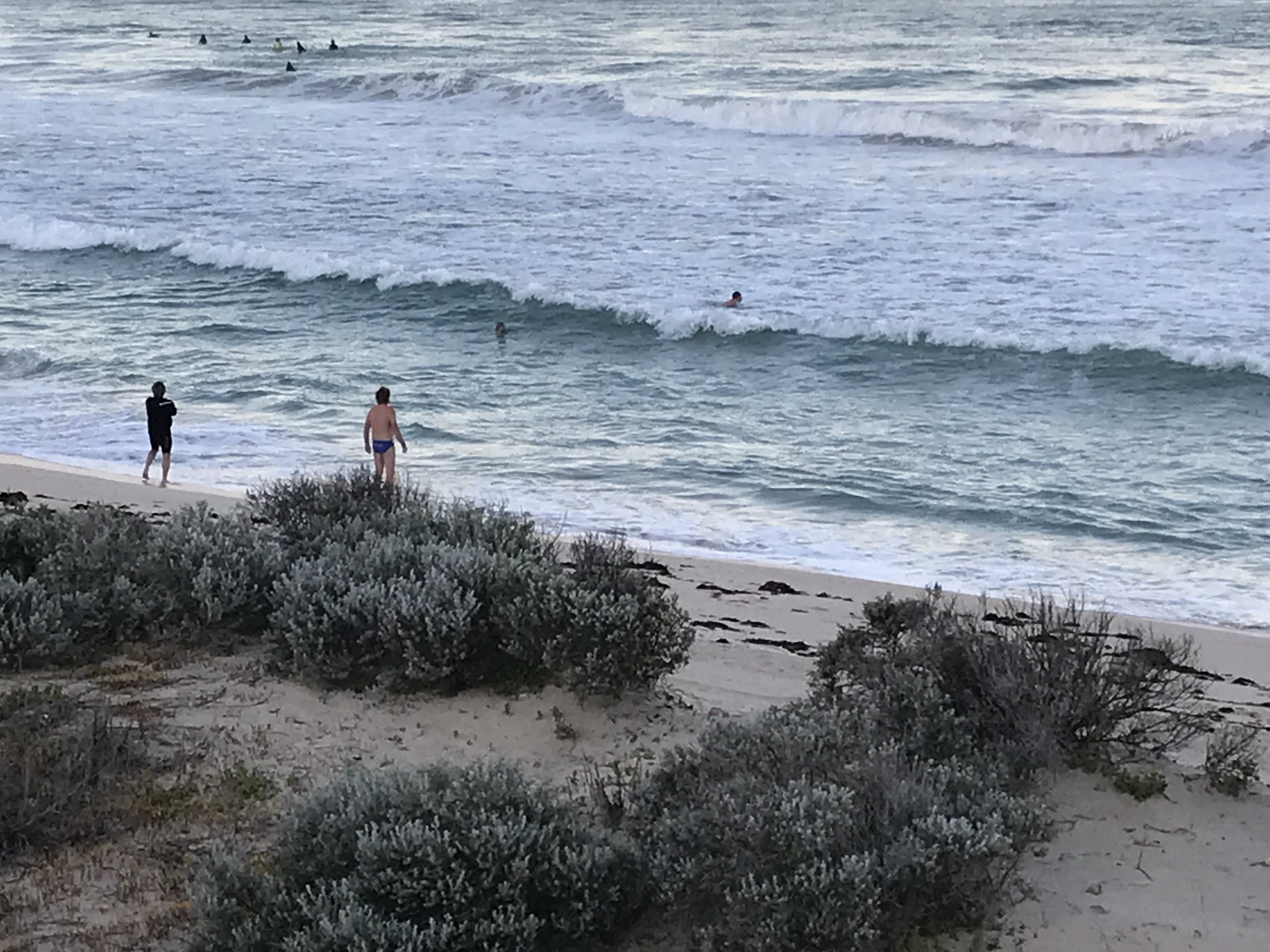 But when I see the long-distance swimmers in trunks, I don't have the courage.Unfortunately, when I saw this, it became even more withered.Long-distance swimming clubs (?) That are everywhere in Australia, and most of them swim in trunks even in the middle of winter.I am somewhat convinced that Australia is strong in the Olympic swimming. 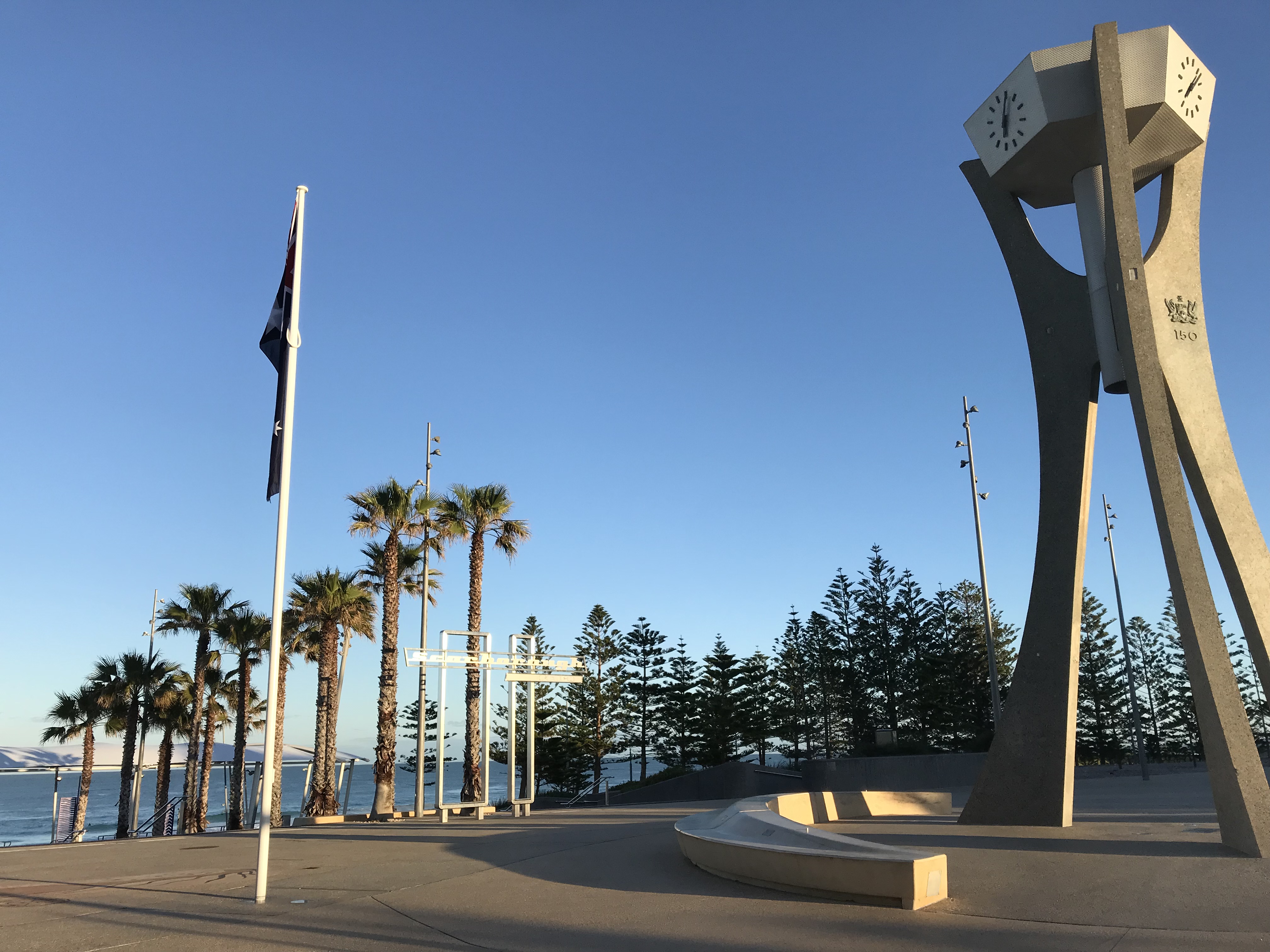 Scarborough is a famous surf spot near Perth.Trigg, a little north of here, and Cottesloe, a little closer to the city.These three places are typical.However, since it is a beach break of the basic bottom sand (with some reefs), the waves break everywhere.So, somehow people seem to fall apart.However, the Indian Ocean is still the place to go when it comes to sandwiches.In the winter season of the Southern Hemisphere, there is considerable power, probably because of the tenacious wavelengths that are unleashed from low pressure systems that move 3 to 40 degrees south latitude. 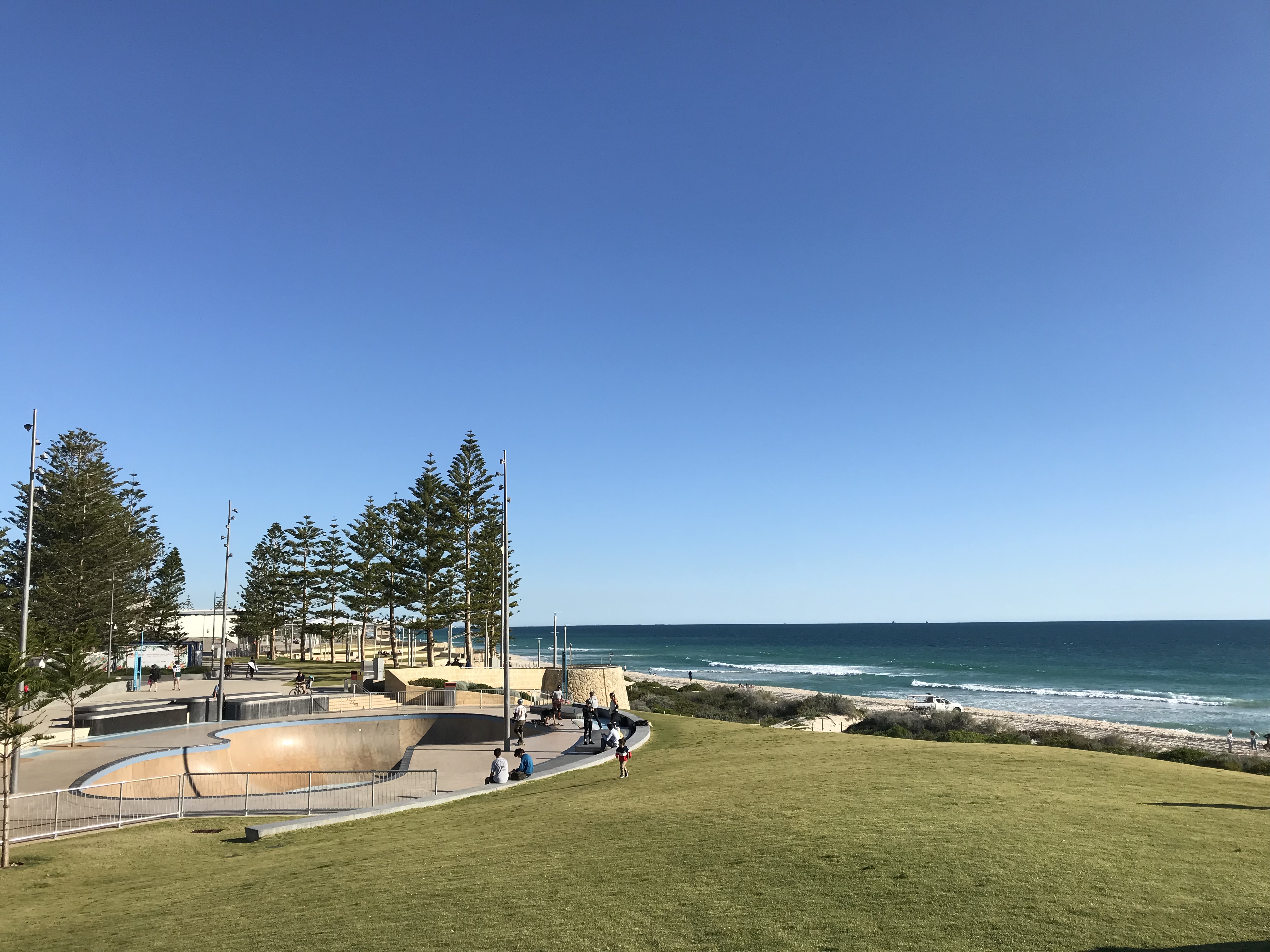 A skate park and first-class bowls are also available on the lovely coastline. BBQ site, vast lawn.At the pub facing the beach, many people drink beer from around 2 pm ...This life is wonderful even though it is a weekday.It looks like everyone is enjoying life.Every time I come to Australia, I think that there are so many people who enjoy life.No wonder that the Gross National Happiness Index is high.Especially on the coastline, many wealthy people live.As a result, such gorgeousness will be added. 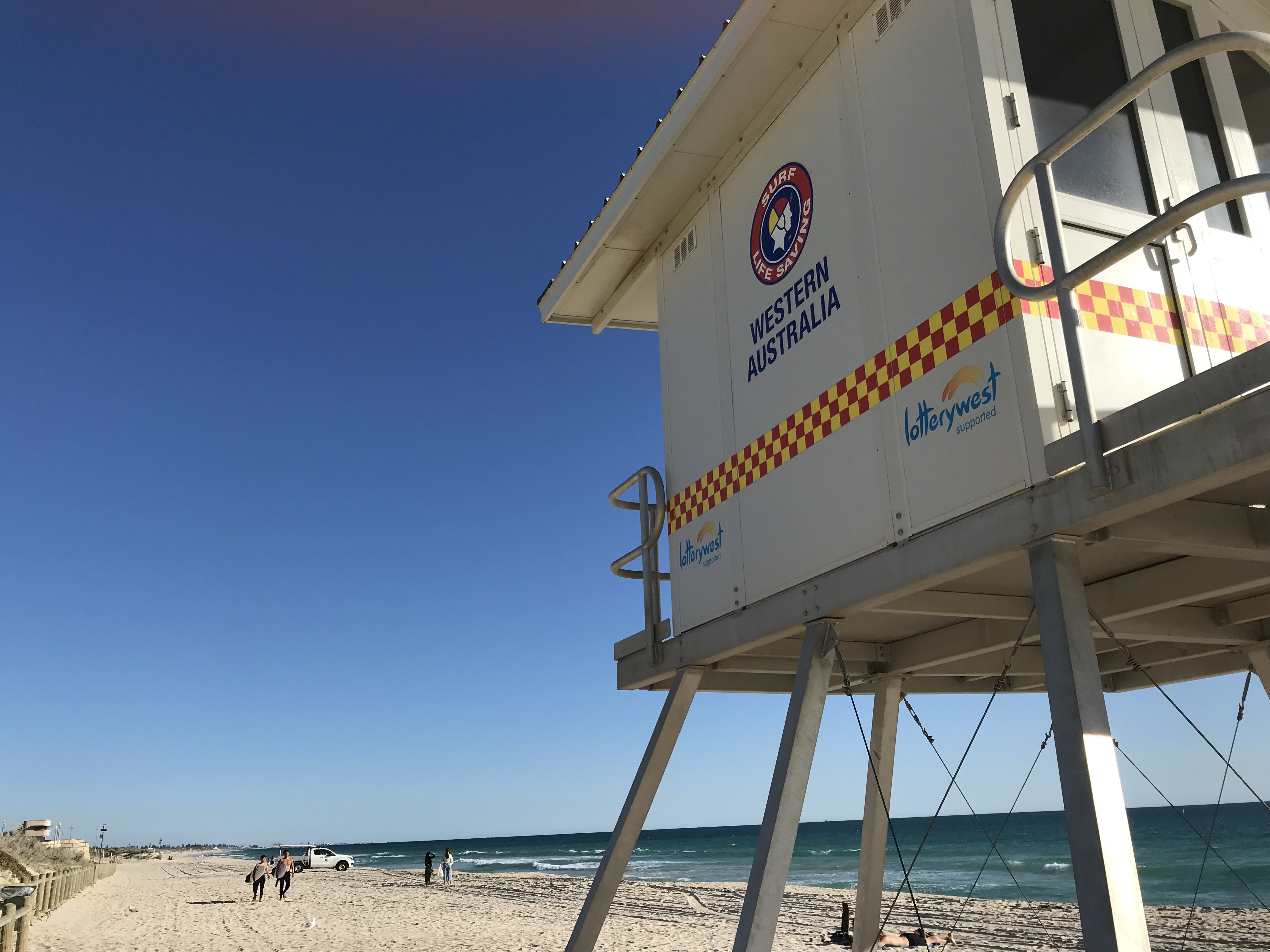 The west coast of Australia.Sydney and the Gold Coast are on the east coast and are naturally the direction of the setting sun.Somehow, is it because of the cheerful and mellow atmosphere of the East Coast?If I had time, I wanted to reach Margaret River (280km one way from Perth ...), one of the best surf spots in Western Australia, but I gave up because I didn't have time.Looking at the waves seen on the Pro Tour etc., it seems that it is for experts and it is not called, but it seems that it will be a day as close to flat as possible near Perth ?? I expect it next time. From September 9nd, ANA has skipped a direct flight and is now closer to Tokyo.There was that entanglement this time, but I couldn't use it because the direct flight is expensive (laughs)

After a three-day ultra-short stay, I will return to Singapore again.After a few meetings, the surfing journey (actually a business trip ...) continues.