"The Haakonsen Faktor Premiere" in Newport Beach, California.There wasn't a terrier there, but it was. 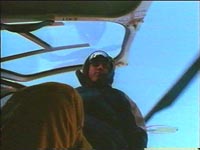 Endless summer.Newport Beach, Southern California, where summer never ends.In the immediate vicinity, a party to commemorate the completion of Volcom's headquarters was held on October 10st.About 1 guests gathered on the day, but there was another major reason.For the first time in about three years, the charisma of the snowboarding world, Terje Håkonsen's signature video, "The Haakonsen Faktor," was premiered at the same time.
In addition to himself and Terrier, Bryan Iguchi, Shaun White, Jeff Anderson and others from The Haakonsen Faktor also showed up on the day, and Terrier learned a lot from him, not just snowboarding. There was also the appearance of legendary snowboarder Craig Kelly, who confessed in the video. 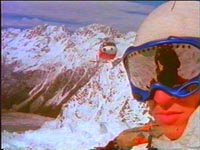 The premiere, which started after 9 o'clock, was crowded with fans who wanted to watch Terrier's new video earlier than anyone else, and just before it started, it was out of control.The moment the video started, a moment of silence covered the venue, and when it came to the riding scene, the venue was filled with applause and cheers, and at the same time, a low sigh was sighed by Terrier's incredible trick of "Oh". ..

Unfortunately, there was no so-called stage greeting for Terrier.Terrier rarely appears in front of the press these days.Most of the interviews have been declined.For that reason, fans expected the appearance of Terrier, but that was not possible.
Still, the signature video for the first time in three years is enough to convince the 3 fans who gathered that day.Many fans must have expected Part 3000 as early as the duo with producer Dave Sione.

Terje Håkonsen is known as the charisma of the snowboarding world.Everything about him in any magazine or sports news begins with "The World's No. 1974 Snowboarder".Such a terrier was born on October 10, 11 in the town of Amoto in Norway.His father was a hotel chef and his mother was a teacher at a special school.Neither my parents were interested in sports at all and had no intention of letting Terrier snowboard.With no support from his parents, Terrier buys his snowboard for the first time at the age of 13 with the money he earned from mowing and working part-time.

Not only Terrier's dynamic and delicate technique, but also his remarks attract attention.Keep an eye on his actions, such as calling Antonio Samaranch, the chairman of the Olympic Committee, Alcapone and boycotting the Nagano Olympics.Even during the Nagano Olympics, I didn't really care about the Olympics, such as going surfing or shooting a film in Alaska, looking away from the reporter who was waiting for information on Terrier. "Even if I participate in the Olympics, I won't slip for my own country. Even if I win, it's not the Norwegian people who celebrate with me, but my friends from Finland and California. American riders are all about the Olympics. I don't think it's a big deal for myself. Sports are fun and not judged by people. "He said with an emphasis on FREE SPRIT.According to ESPN, the American sports television station, Terrier is not willing to participate in the 2002 Olympic Games in Salt Lake City.It's sad but good news for fans all over the world. 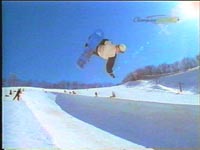 According to Terrier, if the situation at the Olympic Games improves, he may change his mind.
According to Terrier, snowboarding is "becoming yourself," "balance," regardless of money, politics, or nationalism, and "sliding powder with friends."Above all, what he thinks is the most important (important) is "reading the terrain and sliding smoothly".It seems that whenever I'm snowboarding, I'm in the snowboard.In other words, I am immersed in my world without worrying about things around me.

For snowboarders who are particular about technique, it is a painful comment, but separating themselves from the outside world and becoming free may be the fastest way to create a new and sharp technique like Terrier.
A modest but attractive terrier.The habit of repeating harsh remarks.Curled black hair with long limbs.Terje Håkonsen, a rider who flies higher than anyone else and shows off new technology. "If you participate in too many contests, you lose your imagination, motivation, and aspirations," says Terrier.I would like you to take a good rest and save energy so that you can continue to show your free and challenging skiing.
The Haakonsen Faktor is now on sale at SBN ONLINE SHOP