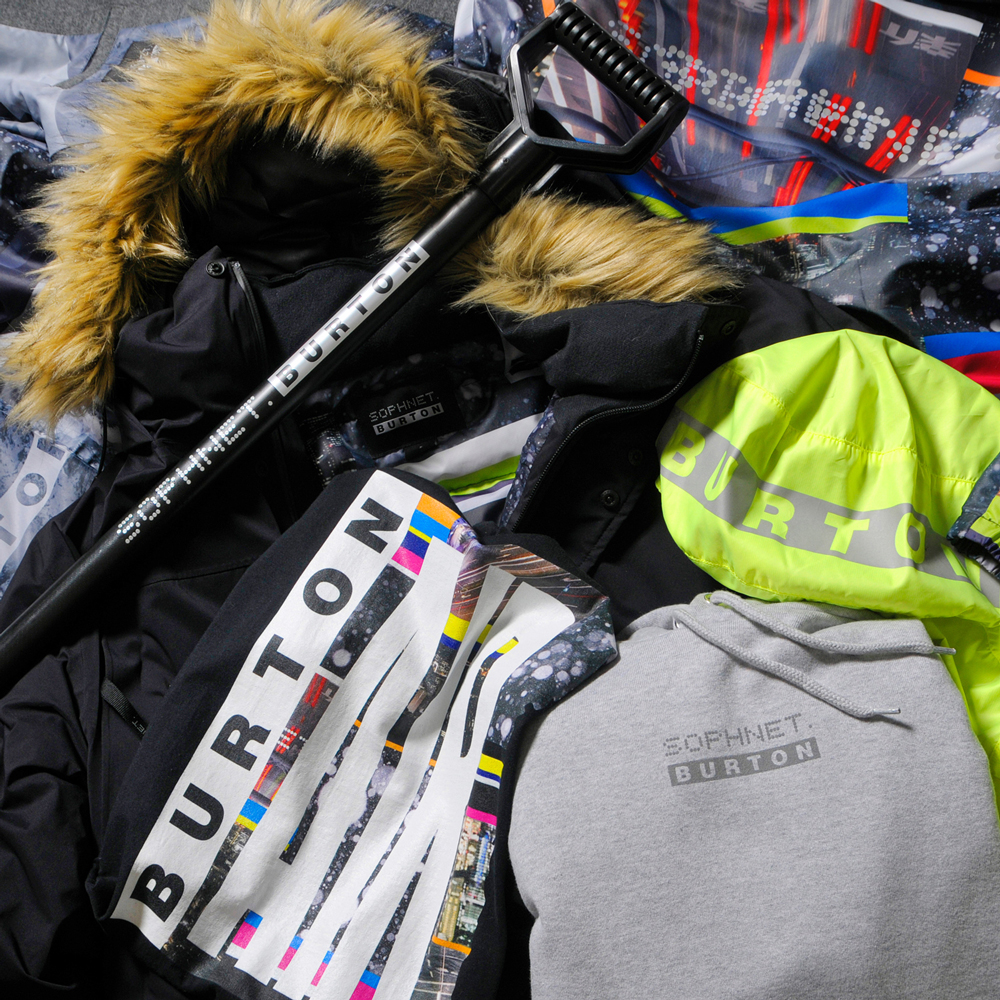 The snowboard brand "Burton", which has received tremendous support from top snowboarders around the world, and "Softnet", which develops sophisticated real clothes in the city. In commemoration of the 18th anniversary of SOPH.'S flagship shop "SOPH.TOKYO", the first collaboration collection was produced.
Two patterns of materials that can be instantly switched from the mountain to the city are available for the outer material of the down jacket and mountain parka that are compatible with snowy mountains.The graphic that colors the outer lining and blouson is said to express the two-pole situation of "mountain and urban" with the theme of "Neon City & Snow Mountain".

Introducing a part of the lineup

For more informationhereへ
(Movie is also available on the special site)