SBN FREERUNSBN FREERUN
HOME BLOG SHIN BIYAJIMA Snowboarding ...
Facebook
Twitter
LINE
I'm sorry for those who have been blogging for a while and always check it.
From the last blog to now, there have been various things, and I couldn't start writing because there were too many things I wanted to write and announce.
In terms of topics
About recent people who put out secrets (sliding places) on SNS
About visitor care
Mike Basich came to shoot XNUMX and did various things! ~ InterStyle in Yokohama
Hakuba with FLOW core members
Encountered a snowboarder and a foreigner "Hator"
Photographed with Scotty Lego, Dan Breeze, Joel Fraser and Ritchie Beats
Kyota Miyake's accident
Skip the XNUMXth and XNUMXth consecutive years to Jackson Hole
Exploding the local Extreme Croir, which I had been aiming for for a long time, I came back to the last minute next to death for a long time (the photo remains.
And when I was a teenager, I participated in "Tenjin Banked Slalom" which I had been passing for XNUMX years for various reasons, and I was aiming to become a professional with the real legend brothers of the snowboard world, Cummins XNUMX brothers + Cannon (son of Temple Cummins). Including Daizo Fukushima, who traveled all over the country at the Border Cross Masters, he made a course from "XNUMX" with the crew behind Paisen in Nagano, and participated in the race in a state of physical condition while working as a behind-the-scenes work.As a result, he won second place after Temple in the open Men class.Reunited with Alex Yoder, Witney's boyfriend who helped Jackson for the first time in XNUMX, first meeting with Gerry Lopez's son, Alex Lopez, and Tim Eddy, who met at their secret spot in Nagano. Reunion.
In the interview at the awards ceremony, there were too many things I wanted to say, and on the contrary, I couldn't say anything. .. ..
What I wanted to say in the interview was about Kyota-kun, and also reunited with Ruiki, Naoya Hama, and Yat-kun who came that day, giving us a great deal of influence and power. Also, I remember Yoko-chan (Juso Yokoyama) (who died on skating many years ago), and Yoko-chan would be pleased that everyone was gathering on that day and that I won the prize. ..With that in mind, I am impressed with the Japanese snowboarding scene that supports Tenjin Banked Slalom.Everyone is awesome.That said, maybe because I'm not used to holding the microphone and talking, "Thank you for your hard work.it was fun. I could only say something like.Dassener.I thought, but I will post it later on my blog, but my feelings will be clearer than not, so I will do it.
From now on, I will return to my own pace and calmly pursue my own quest and future.
Real Pursuit Tell yourself (GK Maryan) 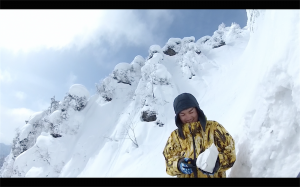 We invited a reliable young Satoshi Saito to the extreme mission that was a life-threatening event.

It was completely the world of Xavier de Larou.However, I was grateful that I was able to return safely because it was a mountain that I had a lot of ties to and wanted to go to. 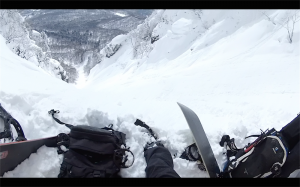 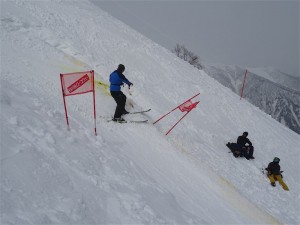 Mr. Daizo Fukushima who wears skis if it is suitable for course maintenance.Super vertical social seniority ranking Otokojuku style (Thank you for your love for me. I really wouldn't have this event without this Han. And without the TJ crew, many behind the scenes, people in the industry, and all the participants, this There was no event. The Japanese snowboarding scene was really cool. It was a very meaningful XNUMX days for me. For this reason, I thought I was in Japan this time.

GK decided that it was decided one day later and came to the scene from one day ago in a hurry. ..

The life behind the Hanjuku is fried food, lentin food, cup ramen, breakfast self-responsibility (because I brought a lot of bread from Nagano City MOCHA BREAD, I got over it with bread + avocado and banana) and it was too ghetto for me as a city boy. I was completely sick on Saturday and raced in the ghetto at night and on Sunday with a blue face. ..But the result was good, and thanks to Yuya-kun, it became like this on my way home. Thank you. In my car, Yuya caused a slip accident and directed the end of an awkward trip. ..Yuya-kun is scary.I'm glad it wasn't an airbag.I'm glad I didn't have a flat tire.I'm glad I didn't have to destroy public or human things.Yuya was in XNUMXth place. 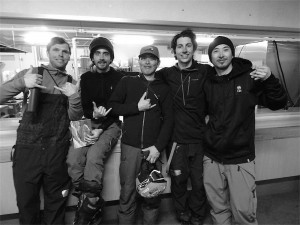 Photographer En-chan is in XNUMXth place, overtaking many professional riders!Yaba!

A man who is still improving his skills

Tenjin Pato's people in XNUMXth place (Ogata is wrong) Naoto-kun is also quite real (while working behind the scenes!

Mr. Rabnachu Yone has a lot of potential because he is wearing sunglasses, which has been shortened by about XNUMX seconds from the qualifying time.Nobu and other riders who lost to Yone will be told for the rest of their lives. ..Ah, the result of Osoro's time. ..I'm glad that the result is better than I expected.However, he was separated from Mr. Temple in the world. ..Temple-san is refreshing even if he loses, but he is not satisfied with his slip.I will decide whether to participate again at that time, but there is no doubt that it was a lot of fun snowboarding.You should go out once ~
OBJ says that the rider of Snowboarders Wax OneBallJay is perfect for the time of Nagasawa Bros., which is familiar in Azumino Loco and Hakuba Omachi. 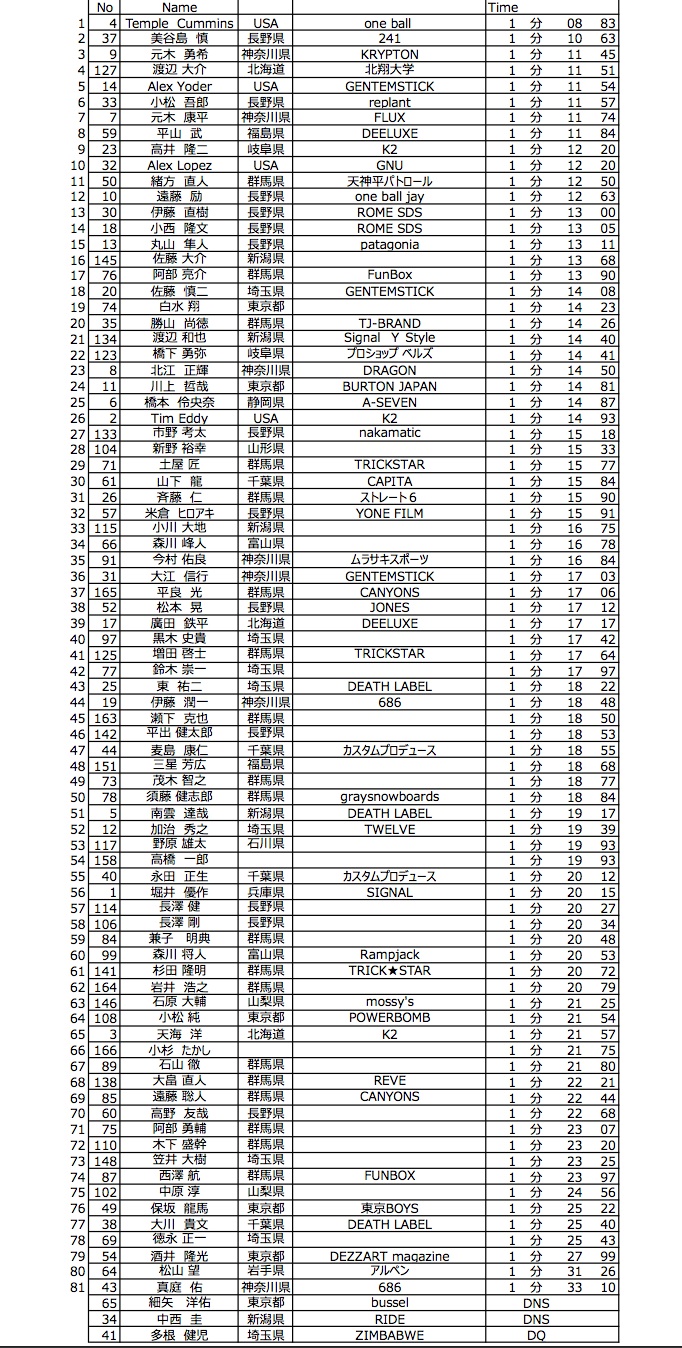 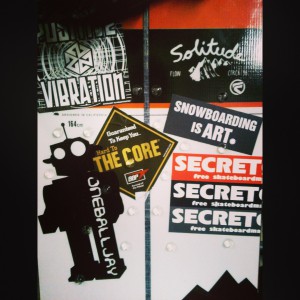 Board used FLOW Solitude 15 ClassicCamber scheduled to be released in the '16 -'164 period Flex that is soft as a foreign brand board and easy for Japanese people to ride.The feeling of pintail powder is pleasant.Pretty nice shape. Thank you FLOW