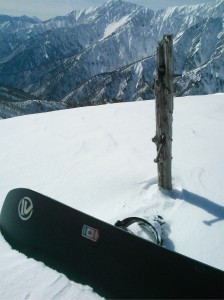 It was completely too awkward and I almost lost sight of it, so I finally got back the highback at the last minute.But snowboarding is too fun. 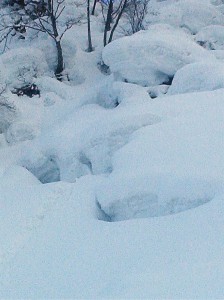 It's amazing that there is such a terrain in Alaska. It's definitely a Japanese original with trees growing. The scenery I've seen since I was a kid was actually one of the best powder spots in the world. ..At least in recent years of lack of snow worldwide. 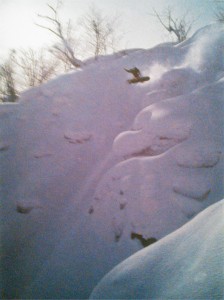 It became a gravure page of FREERUN, but it was also published in HAND after that. Work with HI-SEE Master Shooting with positive film in the digital age I also shot Harold Hunter and skate of zooyork who has more experience in car life than anyone else. , Full of various information, very dry, strict and strict against snowboarding, but he is a master who always reads manga and bites a black joke of sharp kinkin from anywhere and always makes a long phone call.Yes!

So, I made about XNUMX types of postcards with HAND, so I was asked to choose this photo, so if you find it somewhere, please pick it up.Is it a film? .. ..I think you can feel it. 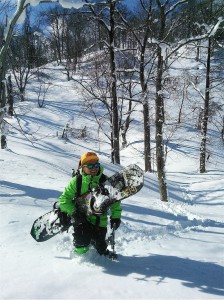 Another time, I met a rumored DJ who was a lost guide lurking in the mountains.

I was happy to ride PassItOnProject3. 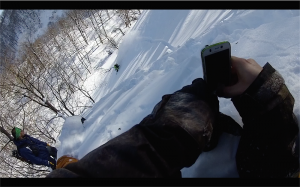 So I took a picture with XNUMX turtles (laughs)

Speaking of close-up, I was doing backcountry in modern times, but aside from the details, beacons, probes, excavators, first aid sets and sufficient preparedness and countermeasures (in short, prepared to take responsibility) for those who access by lift and slide off the course ) Is an accident that can be prevented, for example, an avalanche that does not come out until spring, so let's reduce the risk as much as possible.When.You're right.Nozawa, Myoko, Hakuba, not only foreigners but also Japanese people are confused when they see people entering the backcountry without a backpack.Hey, I don't think the locals can tell that.but.Well, it's true that the days when avalanches actually fall are not every day.But even in the same place, the situation changes every day, and there is no such thing as snow falling because trees are growing.And it's okay today.What a prediction is only a prediction, I do not know the actual thing.It should be correct to think that. ..It falls off with a margin.That's why I have to do something about going out of bounds (out of control) at any time, even in a place I'm familiar with, so I don't know what's going on, so I'll prepare with that in mind.I think we should be prepared to show it to others and to convey it by doing so.

Powder is not a race competition.I think it's more important how good the time was.

Any professional or expert is a beginner at first.I'm an excellent rider if I can go without losing my life just because I didn't lose my life until I improved.I want to be like that too. 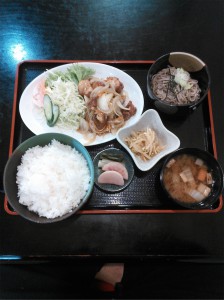 Recently the best hit Meshi chicken with sweet and sour sauce and soba noodles (of course, handmade soba in the mountains)

Definitely Top Rankin'meshi in my world.You can taste it in the countryside of Japan. ..