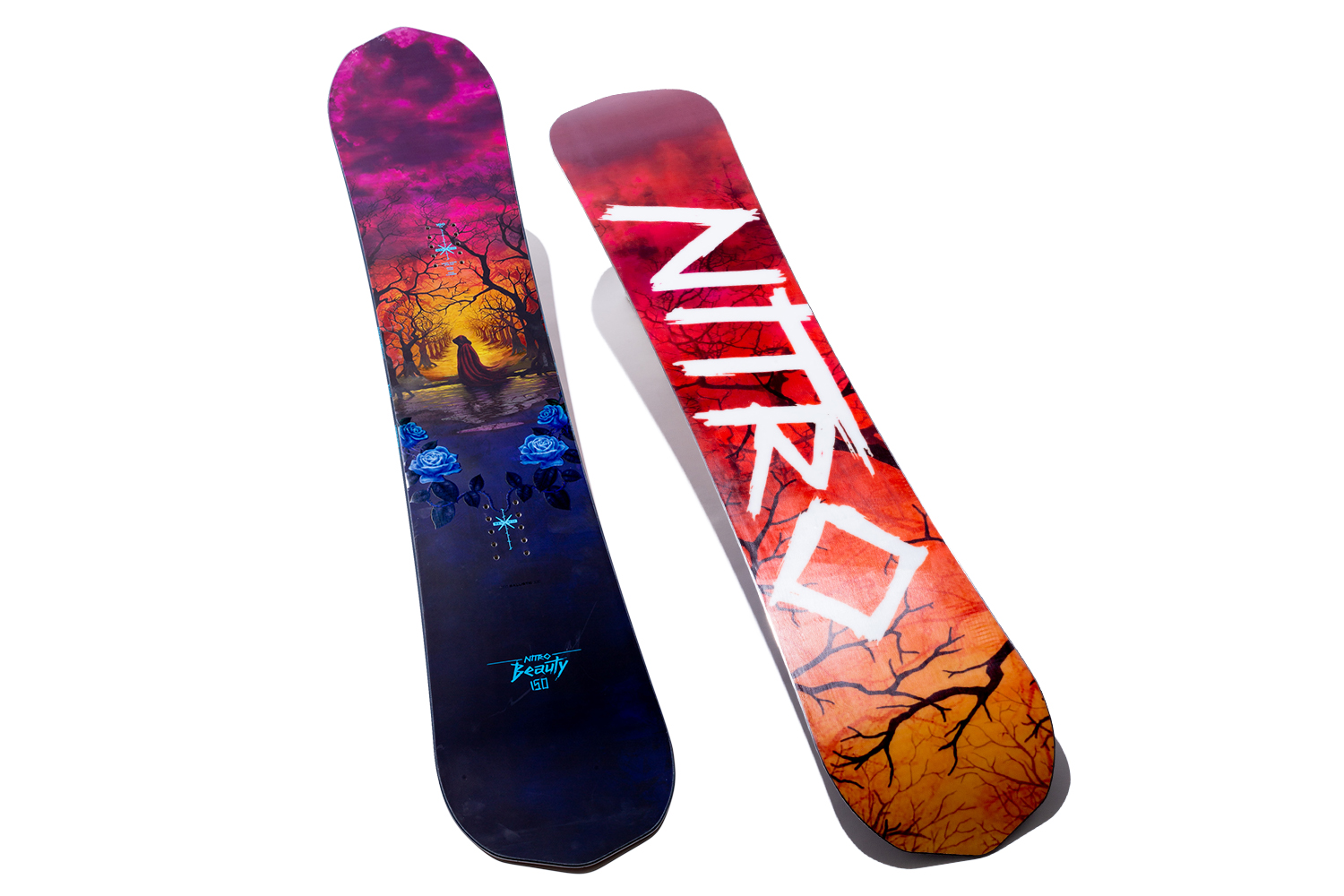 BEAUTY was developed as a female version of BEAST, reflecting the opinions of world-class women's riders such as Miyabi Onitsuka, Raleigh Browin, and Christie Prior.It is a true camber and has solid power, and is equipped with NITRO's original technology URESHRED SIDEWALL, DIAMONDBAND, BALLISTIC IMPACT PANEL.In addition, the SINTERED SPEED FOMULA II base has been adopted to achieve astonishing gliding performance.As the model name suggests, it will add "beauty" to your riding.

NITRO 20/21 OTHER TOPICS
* The following TOPICS will be updated from time to time.

TEAM PRO, the number one interface for NITRO team riders

NITRO's QUIVER series, which will be the 8th year next season

Twin-tip bows such as the sky snow board that can be played all round ...

Makoto Snow with the best structure and flex for park rides ...

Soft or very soft?Makoto Snow where you can choose flex ...