On the last day of FLOW shooting, I went to AREA-241 again due to sudden heavy snow.

XNUMXcm Fresh Snowmobile Ready to stack with a two-seater? !!Get there 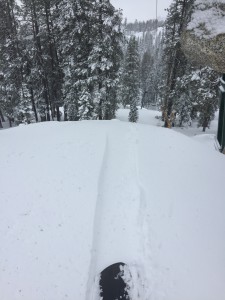 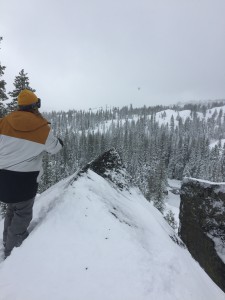 The points I prepared last week.I wish I could fly over the rocks 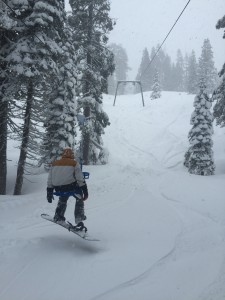 When I came here, it was sunny in the spring, but even if it snowed twice, the lift was on ...

Shooting was decided and disbanded.The next day, my friend Sebastian, who made the cabin a long time ago, came and it was snowing again, powder, and let's slide on the headlights until night, Mikey made a kicker with a cat in the evening. Suddenly, the caterpillar of the cat came off on the slope of Hizapau!It ’s a derailment, it ’s dangerous.

So, the other three of us brought the tools, but it took XNUMX hours, XNUMX hours, to complete the work of attaching the caterpillar to the cat, and after a long time, my physical strength and vitality were improved. I felt it was about XNUMX.

And the next day it was raining. ..Tahoe. ..Probability XNUMX%.But I got it.Downhill.

Rob Kingwill, a good friend who has been ranked number one in Baker's Banked this year at the Olympics, is an invitation-only three-day powderboard testing event called JHPOWOW, which is the fourth time this year but except last year. Participation for the second time. ..Rob hooks up the Japanese who live the Bum Life.It feels like.

American maniac counterculture Garage powder board Brand owners, riders, media and people from each brand get together

One day late, drive with Mikey for XNUMX hours overnight and arrive at Jackson Powder Immediately 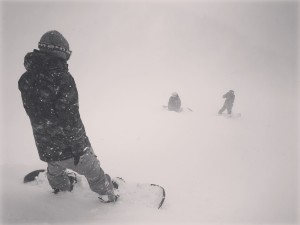 In Jackson, he stays at Shane's house, who came to Nagano and left Japan with him.

From truck to truck 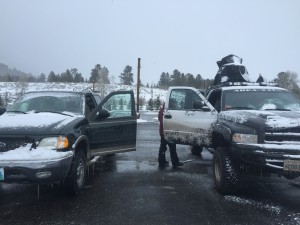 During POWWOW, there are daily events at night.

The next night, we will have a party at ASYMBOL GALLERY, which is presided over by Travis Rice.

The balance of the terrier that inspired me to know Mike Parillo was all displayed. !! 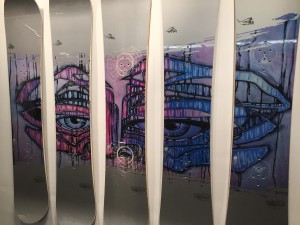 The more I see it, the more Jamie, don't look at Baker.

I think the balance between the mountaintop and the morning sun is the view from the parking lot. 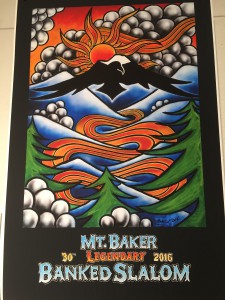 The next day is also powder.It seems that Jackson hasn't had three weeks before this storm and it's already spring, so I'm very lucky.This is like Jackson Hole!It was good.Then Yoko Nakamura seems to have been ahead of Tahoe. ..I'm following the same route unexpectedly, but I rarely meet Japanese people, so I usually talk lightly when I see them, but for the time being, I haven't met any Japanese people other than Yoko. w

In the photo below, Darrell, a rider, filmer and editor of Jackson's Storm Show, invited me to the first tram ride, and the Corvette is a more dangerous landing S & S next to the famous point. To go to a famous spot. ..At first, no, I didn't want to go where I wanted to go normally, but Darrell called me to shoot, so I was flat on a one-sided shot that was too narrow from the beginning of the morning. I went there because I had to fall about XNUMXm from somewhere and get sick (only) (otherwise I was seriously injured or dangerous) and I had only one chance in the morning (because it was crowded with extreme people).It's dangerous without preparation, but I thought I could go, so I started the day with an open surface vine powder from the first drop.

Next is Goofy's Mikey.The point here is to align the board with the shoot in the air, but with Mikey's perfect remake, Darrell hikes back and at least hits the original line beside the Corvette and lands on a shattered slope on a truck and rolls. Not XNUMX years old. .. 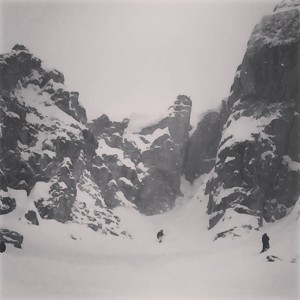 Shane wears a pretty weirdo styler XNUMX who has a crazy line that only Shane can go to, even though he doesn't want to go to the famous dangerous points. ..

By the way, when I tried to go and stall down the slope of about XNUMX degrees, I slipped down and exposed the rotation of a collision to the rock below. ..Dangerous Dangerous 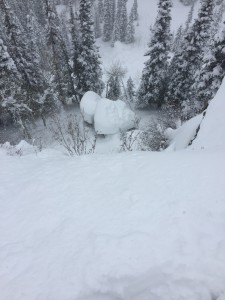 POWWOW The last is a secret Chinese downhill race.This year, I finally moved up to XNUMXrd place. The XNUMXst place is Rob who keeps winning this season!

And thank you, Rob, who is a rare snowboarder and says something really good.It's interesting because I can sympathize with it and open my eyes.And there are places that are not perfect, so it ’s good again.

Even after POWWOW, Rob, Mikey, Ryan, Shane and Jackson sneak around

Where snowboarding is super interesting

On the day when Darrell and Space Gangsta slipped well in a dangerous place, a friend named Eric stepped on the rock at the point of Zero G next to it, rolled on a steep slope, struck a broken rock, bleeding due to trauma, and emergency. Transportation, hospitalization, etc. also happened.

Don't be afraid Believe in yourself