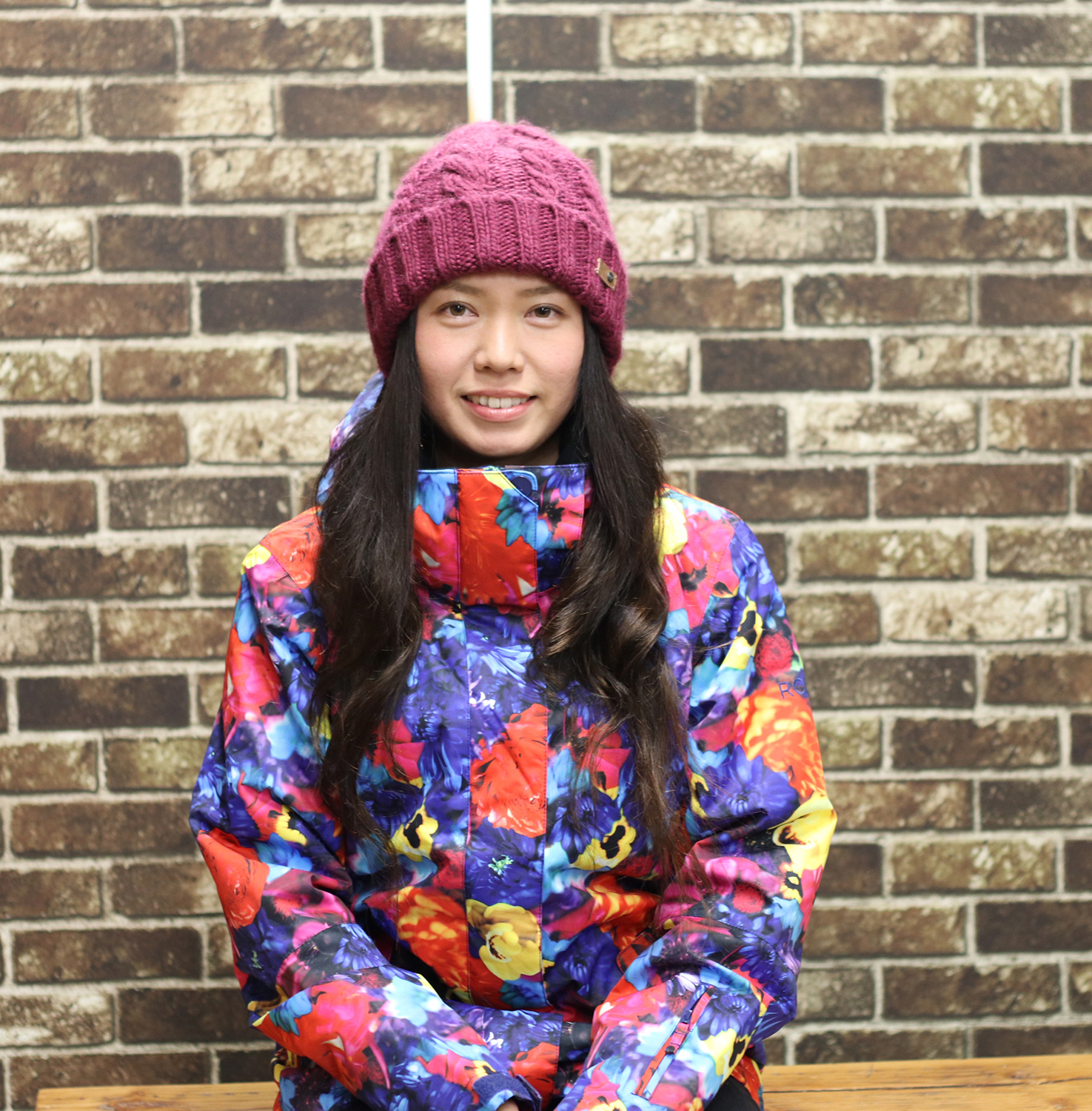 Haruna Matsumoto's passion for halfpipe hasn't changed since that day.The strength of will has been around for a long time.I hate to lose, but I'm not odd.Burn a firm dream and fighting spirit.The aim is to represent Japan at the Pyeongchang Winter Olympics and Women's Halfpipe.He said that this season is an important season to show his strength while participating in competitions all over the world and to check where his level is.

Be prepared to challenge the biggest snowboarding life

For Haruna, who lives in the suburbs of Sapporo City, Hokkaido, in the northern land, it is inevitably a ski resort when it comes to winter playgrounds as a child.By the time I go up to elementary school, I wear skis from the top of the mountain near my house and go straight in a Bogen posture.Adults around him say that he was chilled by the appearance that he was not afraid of injury and speed.Snowboarding started when she was 2 years old in the second grade of elementary school. "My dad and Kohei Kudo's dad are graduates of the same school and have a family relationship. I asked Kohei's dad to teach me how to snowboard, but at first I fell, hurt, and skied. I couldn't ski well and it wasn't very interesting. "

A big turning point comes to such Haruna.The 10-year-old girl was fascinated by the appearance of the players dancing brilliantly at the half-pipe tournament that they visited for the first time. "I still remember it vividly. I was hooked on their appearance as they flew big and high and performed spinning techniques. It was shocking and very cool, and I was like the players in front of me. I want to skate on a halfpipe. From that day on, I was always thinking about how to get better, how expensive and how to turn. "

Haruna, who was drawn to the charm of the halfpipe in a blink of an eye, gains strength and ability with her outstanding motor nerves and exceptional concentration.If you participate in the tournament, you will start to leave results and make a rapid step up.Although she began to give off a special brilliance, she never became arrogant and greedily made efforts to aim for further peaks.And now she is fighting to fulfill her dream of becoming a Japanese halfpipe player on the podium at the next Pyeongchang Winter Olympics. "In early December, I went to the United States and stayed for about a month to practice, and during that period I participated in the World Cup. Five days after returning to Japan, I left for Switzerland and participated in the tournament held at Larks, and from the field as it was. I will return to the United States and participate in the World Cup again. I will participate in the pre-Olympic tournament held in South Korea in early February. I will participate in the tournament every week even after returning to Japan, and depending on the result, Switzerland in early March I am planning to participate in the tournament in Switzerland. It will be calm after the All Japan Championship held in mid-March. Although the level of participating players is high in all tournaments, I am good at air height and F12 as a weapon I will do my best to get good results. "

Haruna is aware that she is now raised in Hokkaido with the help of many people.However, she pushes forward to the Olympics with gratitude to everyone involved, not just her parents, teachers and colleagues.The girl, who began to admire the sight she saw under the bottom of the pipe that day, has finally climbed to a position where she can aim to participate in the Olympic Games, the highest peak of the halfpipe.

Born July 1993, 7, 26 years old from Sapporo, Hokkaido.A type with a height of 23 cm.Last year, she transferred to ROXY by electric shock, and she laughed and answered that her female power had greatly improved.With his long hair down to his chest, he is exploding toward the dream Olympics with his ROXY teammates.Sponsors are ROXY, SALOMON, OAKLEY, GIRO, DOMINATOR, INDUSTY, SIDAS, GET-UP, CRUISE, MASHU

Haruka Matsumoto, who won the bronze medal for two consecutive tournaments at the X Games ...