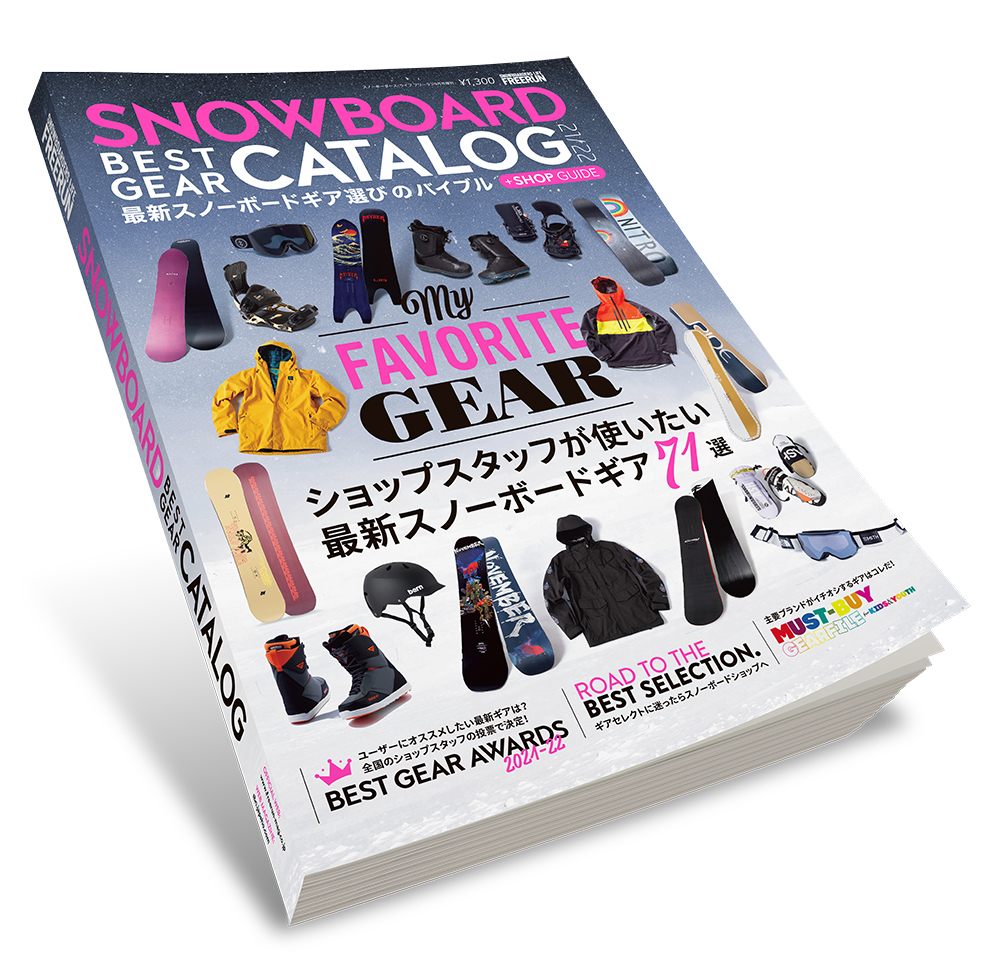 We were blessed with abundant snowfall last season, and I think that those who went to the slopes and snowy mountains enjoyed it to the fullest.At the same time, the popularity of outdoor activities has increased, and the phenomenon of running out of snowboard gear has also occurred.Some products and brands are already hard to come by this season.If you find the item you want, we recommend that you secure it as soon as possible.
We will release the FREERUN gear catalog again this year so that those who have not decided which gear they want yet or who want to know what kind of gear will be released can read it.Be sure to check out this magazine, which is packed with gear information and tips for choosing gear! 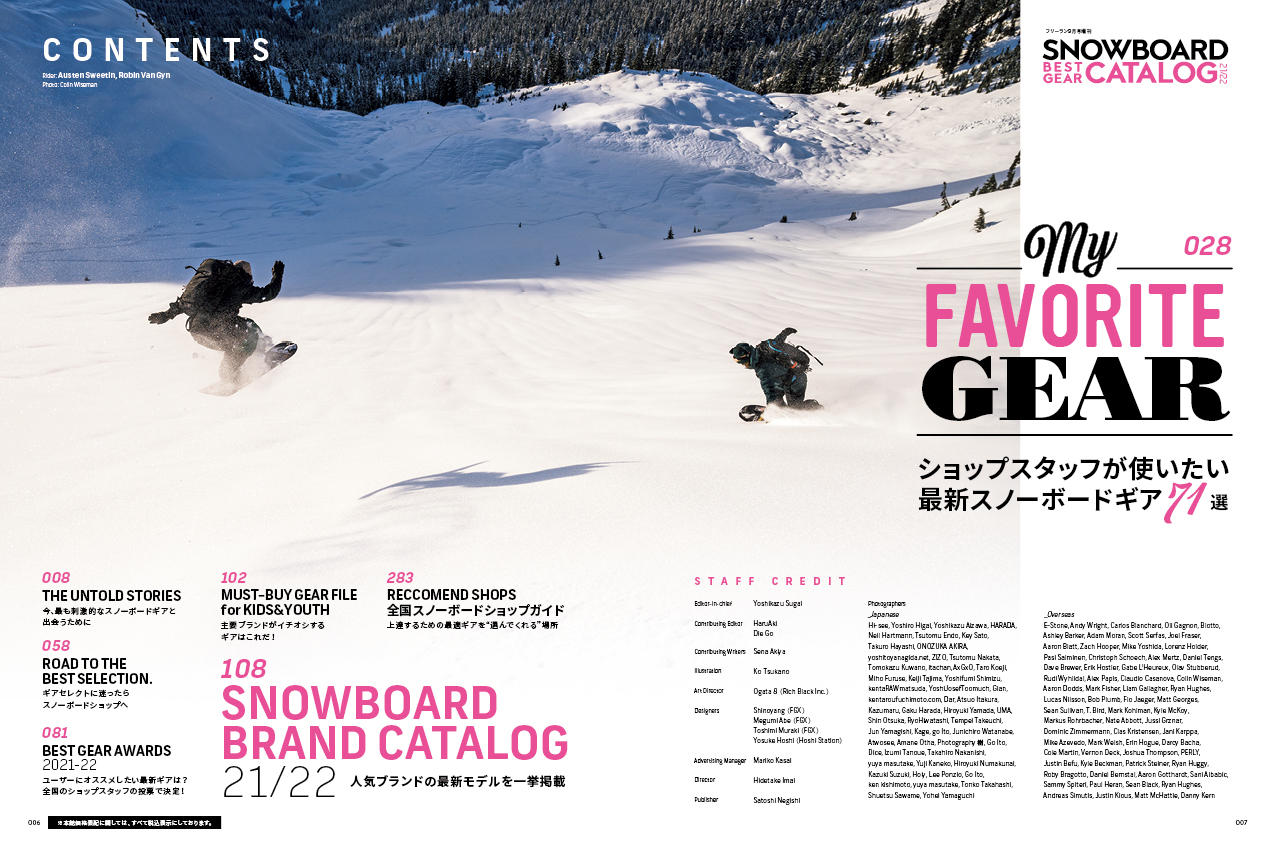 The top article of the catalog issue introduces 18 brands including the story of the development of talented models from the latest gear that each company is proud of. 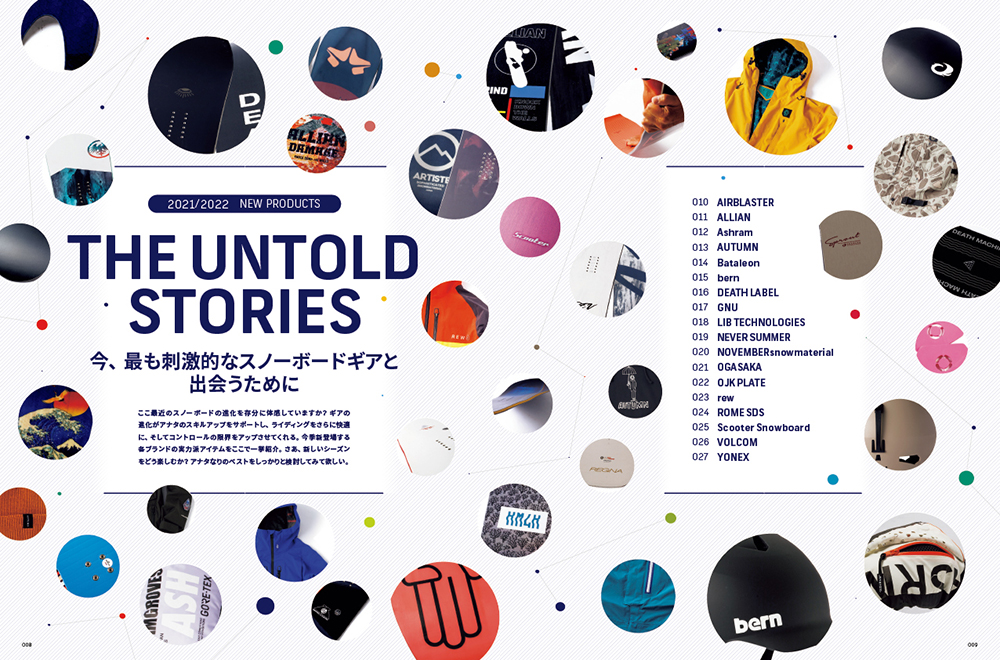 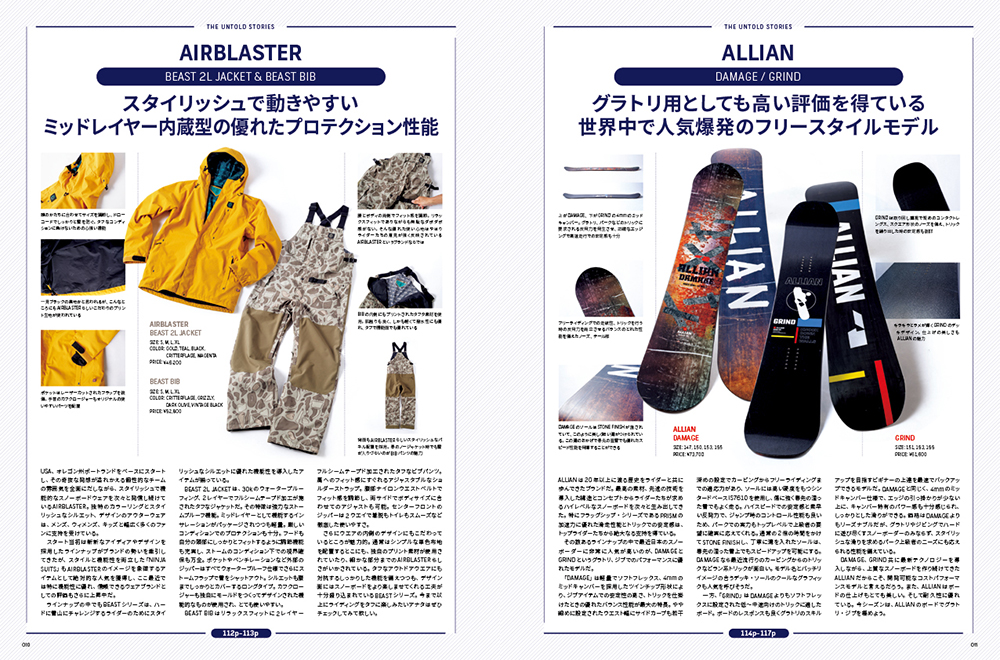 The special feature at the beginning is "MY FAVORITE GEAR" and "ROAD TO THE BEST SELECTION." 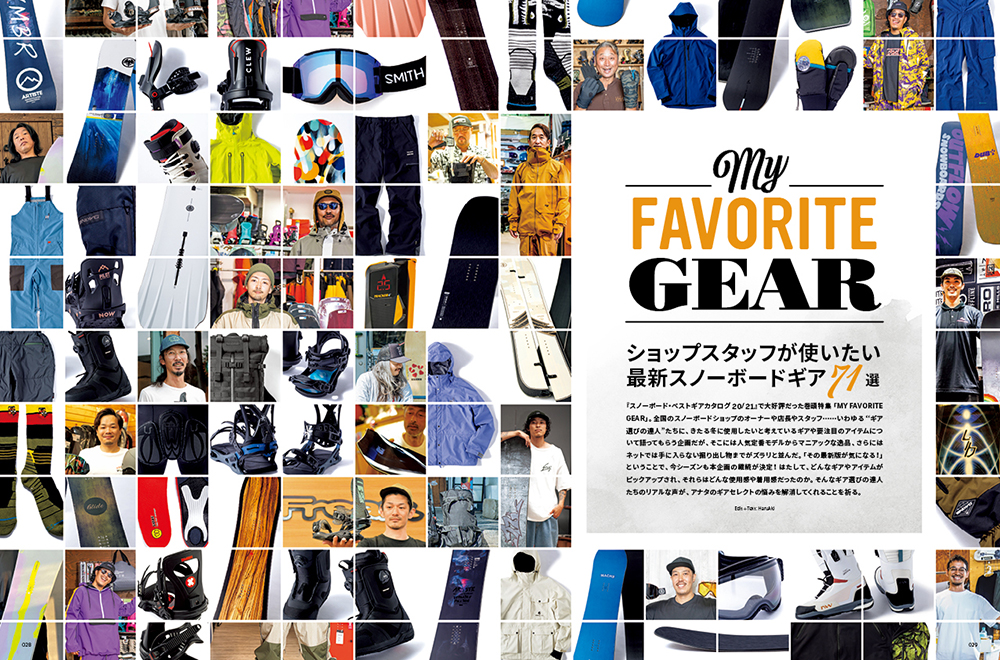 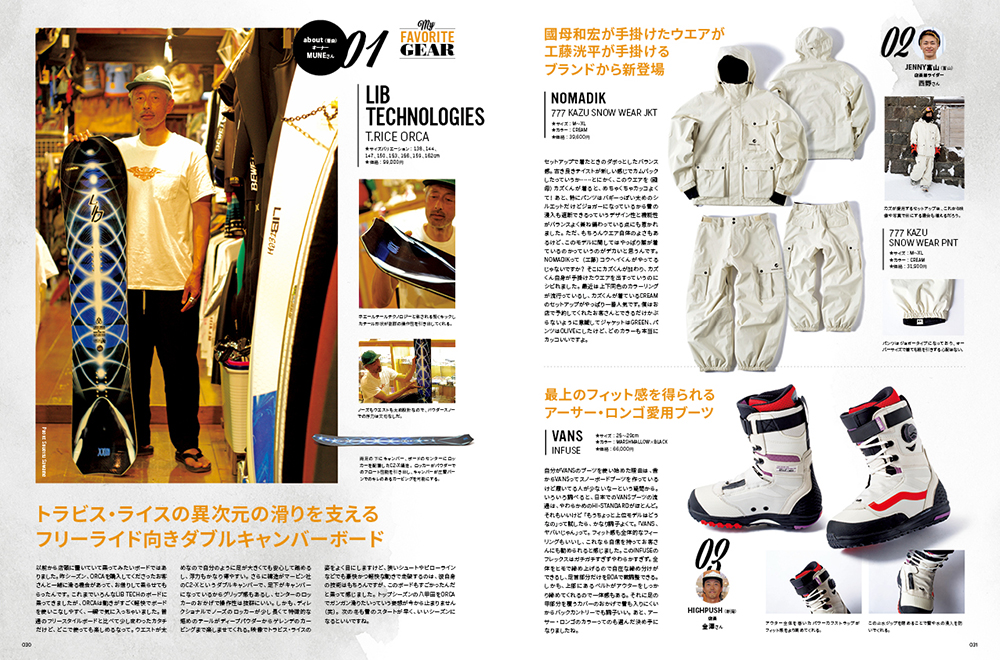 "MY FAVORITE GEAR"Focuses on the items that "I want to use, I'm interested in" selected by the staff of the snowboard shop who are familiar with gear.Why are you paying attention to it, and how do you feel when you actually test drive and try it on?We will deliver the real voice of the masters of gear selection. 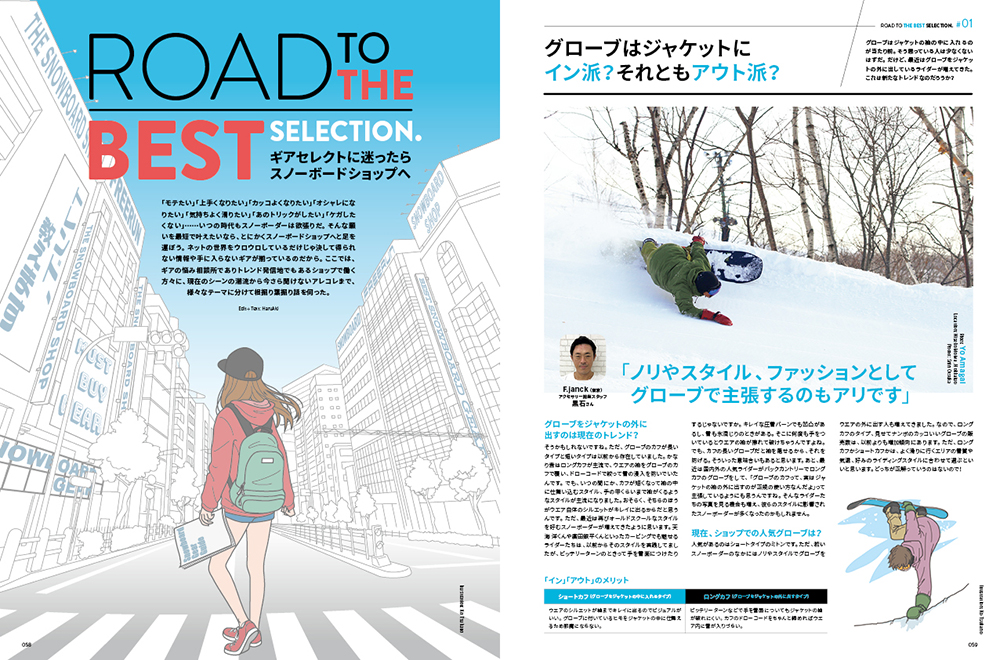 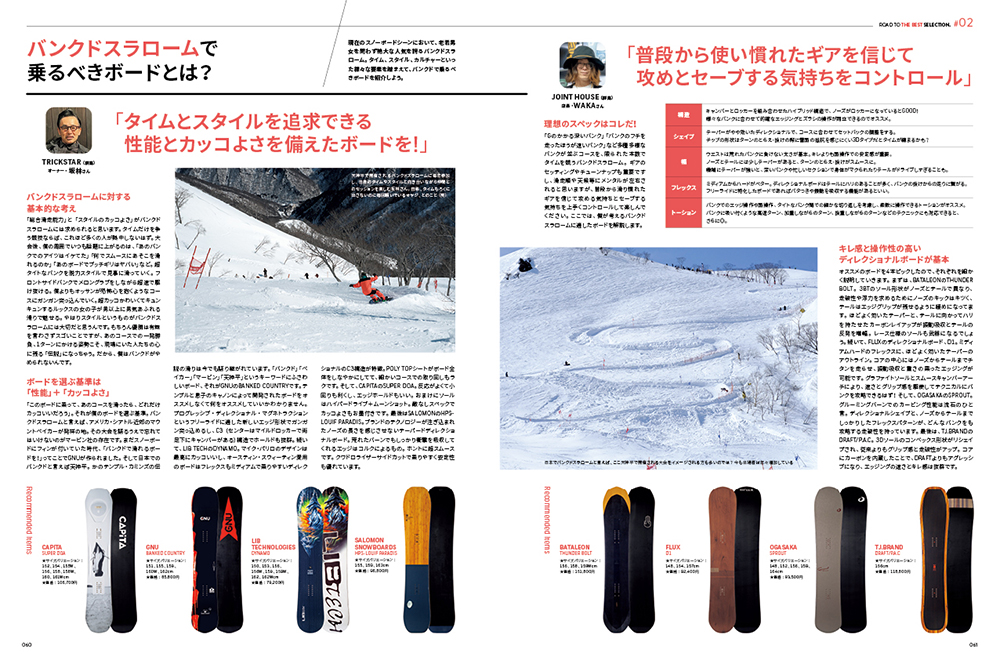 "ROAD TO THE BEST SELECTION."Deeply digs into gear selection according to the theme that the editorial department wants to know.From the current trends to recommended snowboarding by playing style, please use this and that about the gears you care about as a reference when choosing gears. 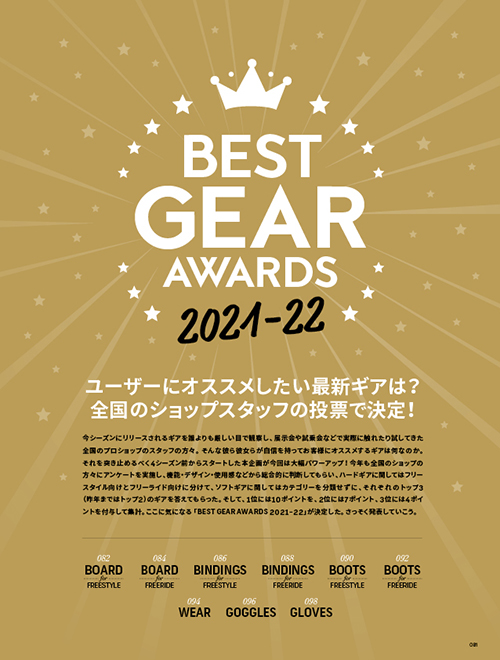 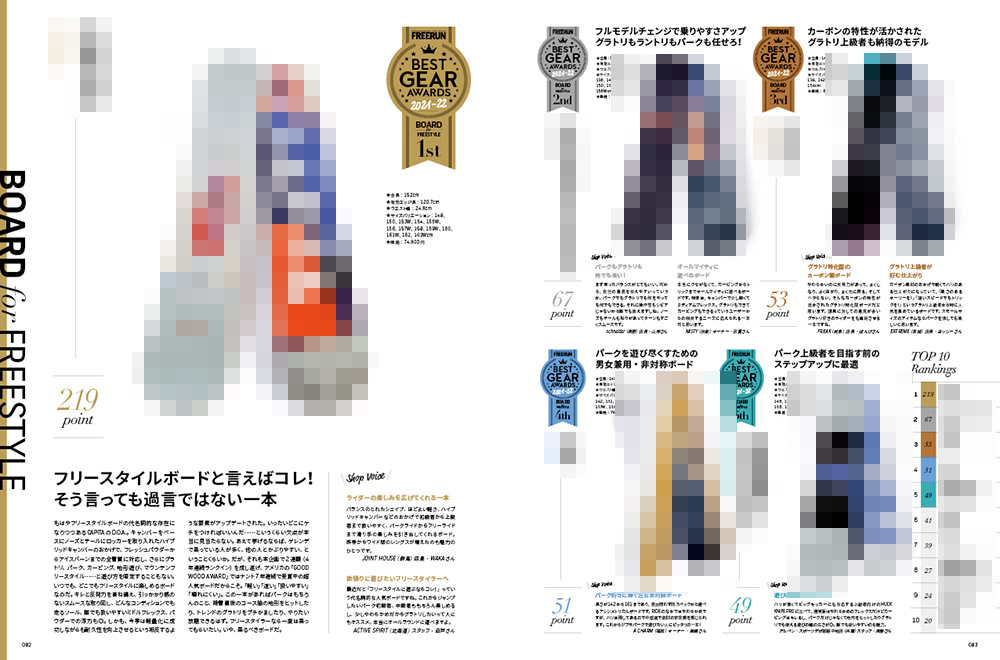 In addition, the "BEST GEAR AWARDS 2021-2022" will be held again this year, which is held annually for shop staff nationwide, asking "What is the latest gear you would like to recommend to users?"
Boards, boots, and bindings will be divided into "FREE STYLE" and "FREE RIDE" respectively, and the TOP 9 of 10 rankings including soft gear will be announced.

There is also a special feature on kids gear.Not only hard gear such as boards, but also protectors and kids' improvement support items are gathered. 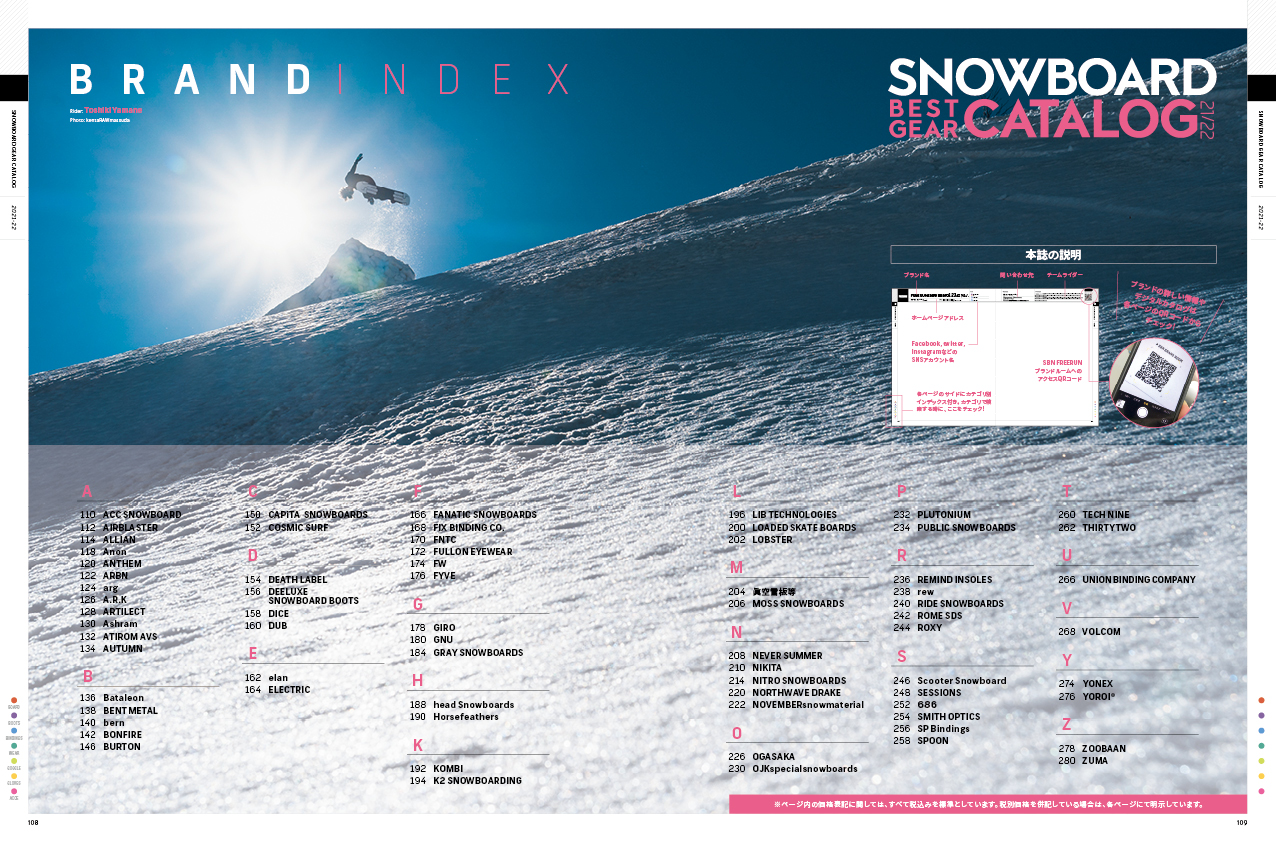 And the brand catalog corner that develops in the order of alpha beds.From now on, you can compare and examine attractive new products that are lined up in stores one after another while flipping through them.

A national shop guide is posted at the end of the book.Find your favorite shop you can trust!

Alternatively, you can purchase it from this site.
http://www.freerun-mag.co.jp

A little earlier than the catalog issue, "SBN FREERUN (SBN FREERUN), the official website of FREERUNhttps://sbn.japaho.com) ”, We started a digital catalog corner where you can read user catalogs of popular brands at once.A digital catalog of about 80 brands will be released along with an introduction of about 50 brands and link settings for WEB and SNS.

The latest catalogs of more than 30 brands have already been released, and the catalogs of old models can also be viewed as an archive.

This corner is very useful for selecting the latest gear, so please use it together with the catalog issue to select gear for this season.

"FREERUN December issue" will be released on Saturday, November 12th ...

"FREERUN November issue" will be released on October 11th (Tuesday) ...