It's been a while since it was released, but at DIGGIN'MAGAZINE Vol.3 ASCENT ISSUE,
The article "SetsuDouItYourself", an article about the snow cave trip that I went to in the middle of winter, has XNUMX pages, XNUMX photos, and a manuscript I wrote while I was in NZ.

It is a story of making a snow cave, sleeping, and slipping the next day. 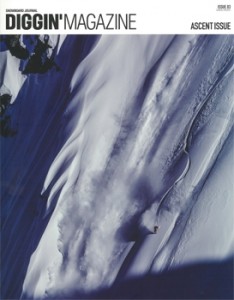 Also, I have been interviewed on the DVD of the appendix at Transworld.

Winter is just around the corner

Recently, the heat of skating, which had once been down, is rekindling thanks to the birth of the park.

Half is a real or virtual future. It shows us a faint future or can be thought of as well.

Snowboarding is a momentary event in human history, and it may never happen later.

That's why leaving photos and videos is quite valuable.

It was the afternoon of November, when I was pondering.