"COW DAY 2018" where many top domestic competitors gathered.The FREERUN editorial department picked up the riders who were particularly interested in the hot battle.This time, we will attract many galleries with style, and let Yuri Okubo, who won the crown in the jib section, appear.
Photo: Kentarou Fuchimoto

First, we asked Keiji Okubo, who was the organizer of COWDAY, to talk about the charm of Yuri Okubo.

"Yuri is the best. Anyway, it's cool. Even when you can win if you plan your strategy properly, regardless of what the judge puts emphasis on, you will stick to your style. So, in the big air of COWDAY 2108, the style Maybe they lost on the stage they focused on, but they were the ones who flew comfortably and comfortably, and because they're always doing what they love, they skate insanely fun. That's one of his charms. I think he's the ultimate snowboarder who keeps pursuing what he wants to be purely good at, because he wants to have a session with a world-class rider and fight around the world. Masu "----- Keiji Okamoto

Then, please have an interview with yourself! 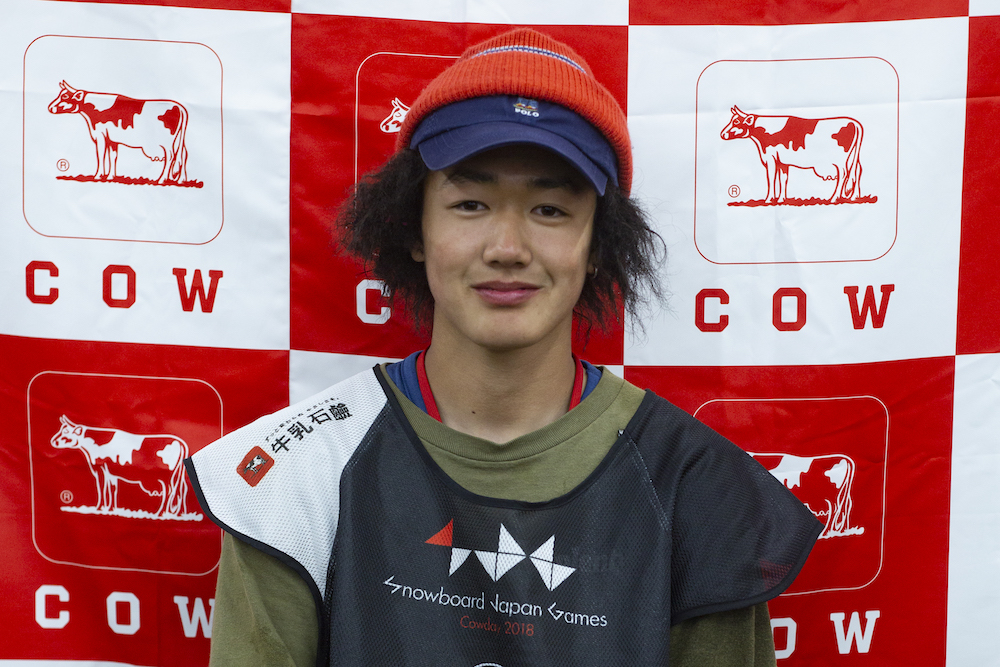 F: What about your home slope?
O: I often ski on the local slopes called Fu's in Sapporo (Hokkaido), Niseko Grand Hirafu, Niseko Hanazono, and Nakayama Pass.If I have an acquaintance, I will slip together, but I'm pretty much alone.I find a point that seems to be interesting, do what I want to do there, and enjoy skiing.

F: Where did you learn high-speed spins?
O: I practiced at Toyama Kings in the off-season from the second year of junior high school.Also, on the snow, I had a chance to fly a big kicker at the SAJ training camp, so I practiced there.

F: Has anything changed since the Olympics?
O: Nothing in particular (laughs).However, people around me often say "Omedetou" ...I'm glad that I can feel that I'm receiving support from various people, but I haven't left a good result, so I'm more disappointed in myself.At the moment, we are not at the stage where we can say "at the next Olympics ...", and I would like to think about that from now on.Now I want to concentrate on acquiring the skills that I lack. 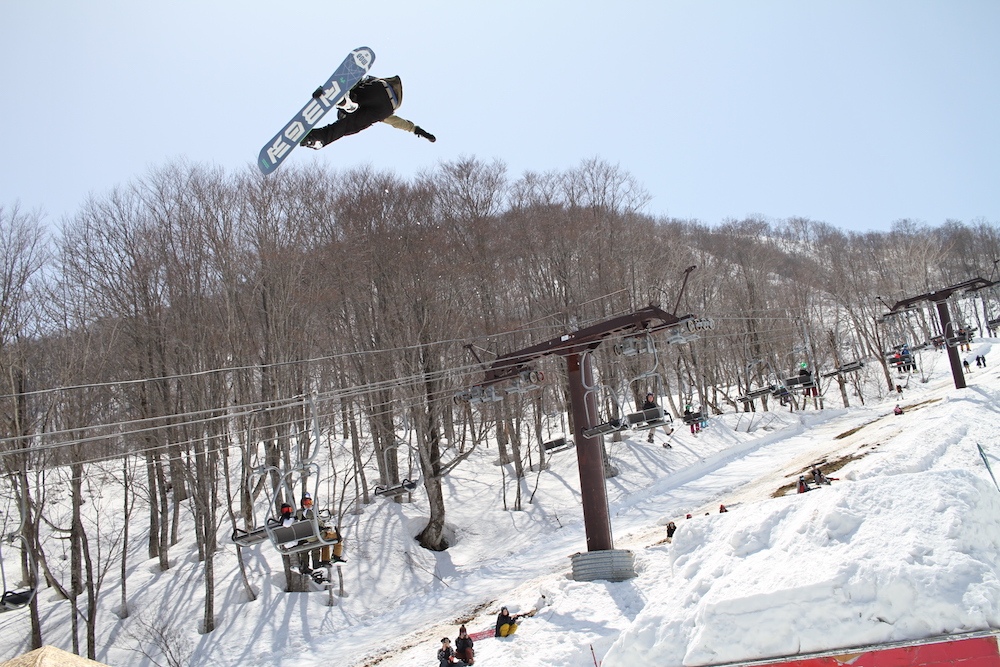 F: At the big air of COWDAY 2018, did you lose on the stage of the style game?
O: That's right.I did the front side 360 ​​and the switch back side 540, but ... I didn't feel enough, so I fell (bitter smile).I later heard that the crisp style was scored.Is it because I was in a relaxed style?However, I lost there, so I thought I had to slip in more.If you think positively, it may have been better (laughs)

F: Is there anything you are aware of in your style when you do tricks?
O: Hmm.There may not be anything in particular.However, I want to make it cooler than anyone else.Cool is an ambiguous expression, but isn't it cool for someone who slips cool, no matter what tricks they do?I can't explain it well (bitter smile), but on the contrary, I feel sorry for the style that doesn't leave a lasting impression on people no matter how difficult the tricks are or how tricky they are.I'd like to express the slippery style, which makes everyone think it's cool.

F: Trick and style.What are you pursuing?
O: Of course both.However, I think that "good" and "cool" are different ...I want to be a good and cool snowboarder.I don't think there are many people who have both of them.That's why I want to be one of those snowboarders.

F: For Yuri, what is the style of snowboarding?
O: I think style is something that exudes a person's individuality.It's also something I cherish in snowboarding.I don't really care about this, but I just want to be cooler than anyone else.If you just imitate a cool person, it will be a copy of that person, so I think it is important to mix in your own style.That's why I want people who see my slip to feel, "Hey, don't enjoy it."

F: I won the jib division of COWDAY, but I did a lot of tricks.
O: I was looking for a line that no one was attacking, or something like that.Also, it was fun anyway, so I think I was able to skate a lot and make various tricks.

F: Organizer Keiji Okamoto also said, "The appearance of sliding happily is impressive."
O: I'm not conscious of expressing fun, but when I slip, it naturally becomes fun.Really, that's it.

F: Looking back on COWDAY, do you have any thoughts?
O: In Japan, the number of tournaments is decreasing, so I thought it was absolutely necessary.It was really fun to participate, and the people who managed it moved Rider First, so I didn't feel any stress at all.If you win it, you will get a prize, and it will be a motivation for riders who are mainly active in the tournament. 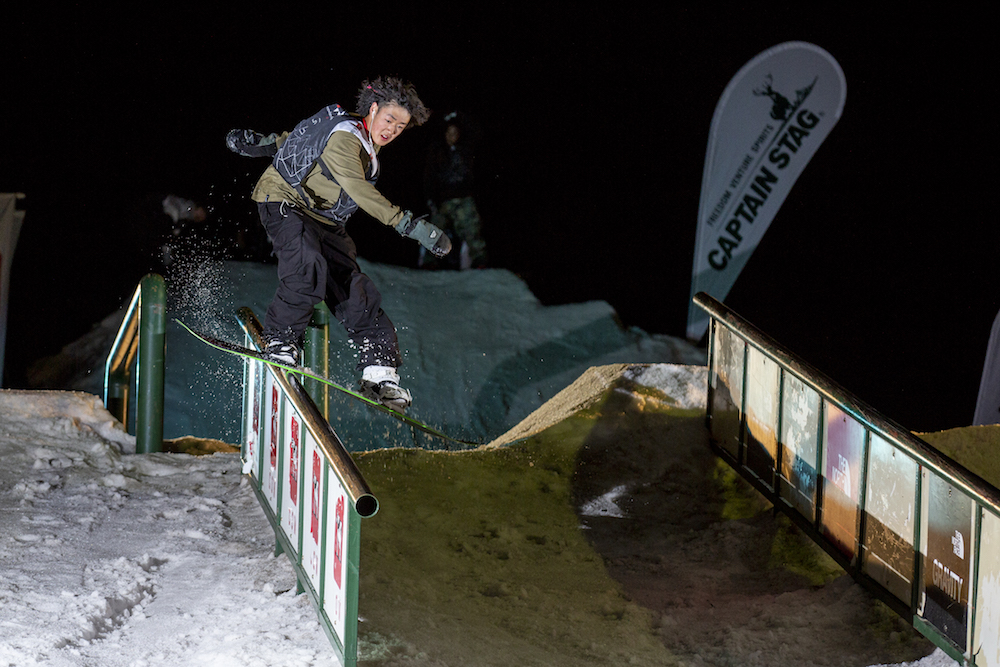 F: Is there any reason to stick to the tournament right now?
O: Now I am able to put myself in an environment where I can go to the tournament, including physical strength and age.So, I think it's time to challenge the tournament and get to know the joy and regret.On top of that, it would be ideal to create a flow of activities centered on shooting someday.

F: Finally, what are your goals for the future?
O: I want to participate in the X Games and play an active role.So, first of all, I have to be a rider who is always inviting (laughs)

The next-generation rider competed for a total prize pool of 120 million CO ...

An event management team specializing in snowboarding has been established.Day...

Set in the Osaka Kings, the charm of the Japanese snowboarding environment ...

Instag for the general public at COWDAY2021 ...