Gian, a photographer who moved around with SIGNAL rider Yusaku Horii last season.This is a ONE DAY story with the European BYND x MDLS crew, which was a memorable session even in the long season.The shooting story that I happened to accompany on the last day of their shooting.
Photo & Text: Gian

This story is a scene from Mt. Asahidake, where I spent the longest time with Yusaku Horii (SIGNAL) last season.In recent years, Hokkaido is a field that attracts attention from all over the world due to its good snow quality.In Hokkaido, I caught the information that Max Buri (SALOMON), who became friends in Europe when Yusaku shot Absinthe Films, came to Asahidake as a crew of BYND x MDLS of the popular WEB MOVIE.The session with overseas riders was a valuable experience, and I was thrilled by this news.

The story goes on, and in mid-January, at 1 am, we meet Yusaku-kun in Sapporo and head for Asahidake, the destination of the session with them.This day is just a sunny forecast.Yusaku took care of himself as his first session with Max and other riders, talking about last season's trips with Max, Brandon Cocard, Keegan Valaika, etc. on the way and the recent snow. He talked about various things such as this information.Thanks to that, the drowsiness of the long drive is blown away with a sense of expectation.

While doing so, I went to the Asahidake area.The weather forecast is sunny and sunny.Go through the fantastic coniferous forest to the hotel where they are staying.The morning sun in winter is still exceptional. 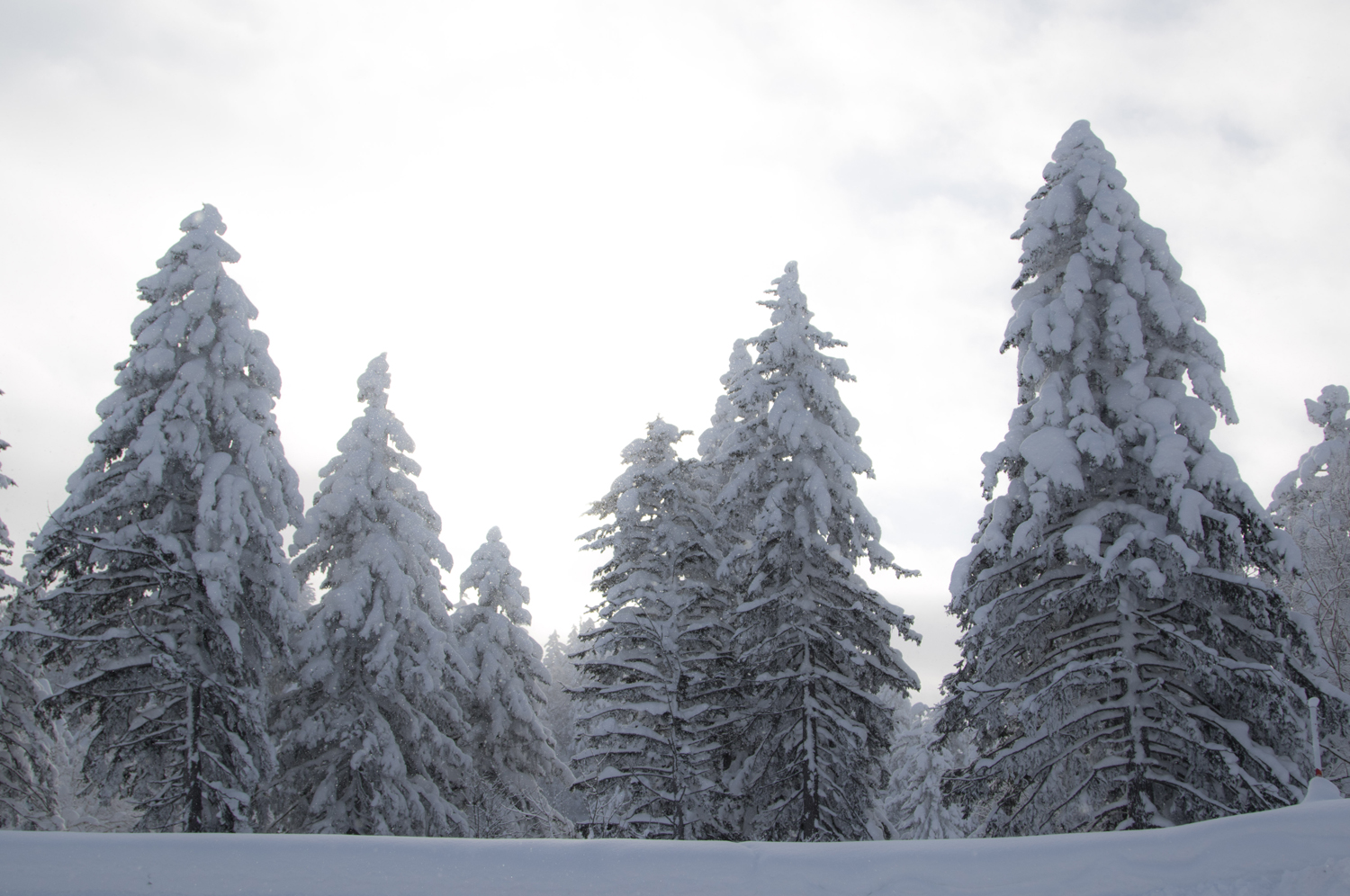 When I arrived at the hotel, there was a foreigner who already had a camera.Taken as soon as you arrive!In a hurry, I prepared a camera and approached the cameraman, What's Up.He is Marcus of Filmer of BYND × MDLS.When he turned his eyes to the camera, a foreigner wearing a board was standing on the window sill. 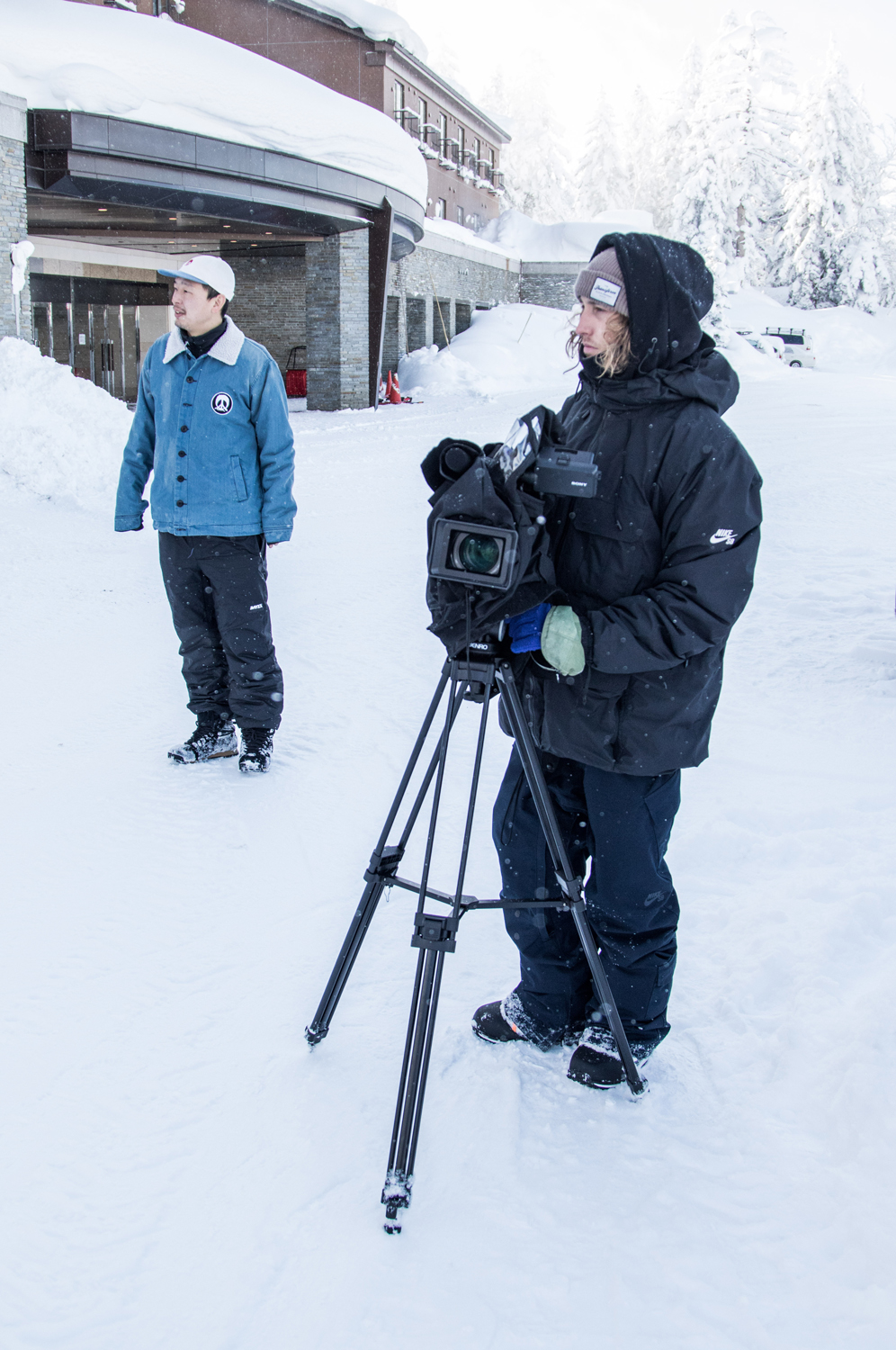 Yusaku told me that it was Max Buri. "Well, really ...!?" Suddenly I was surprised.Because it was Asahidake, I just thought it was shooting BC and powder, but it was a street.Will do it ... It was far above my expectations.This one shot will make you feel good. 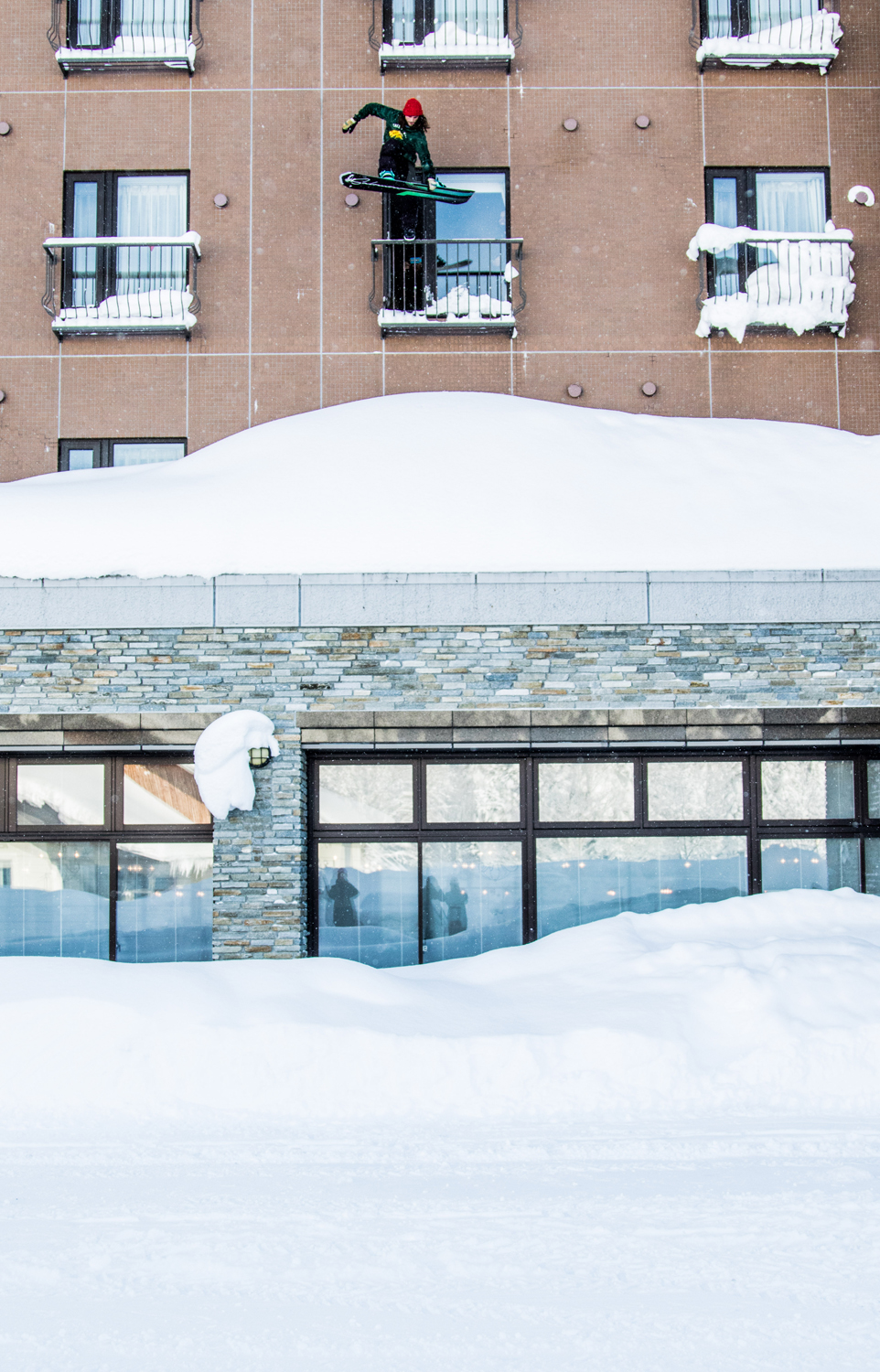 What's up with Max and other BYND x MDLS crews who made up the morning one MORNING DROP.The members who came to Japan together were Kevin Backstrom, Tur Lundstrom, Davit Djite and other European young guns who mainly slide in LAAX in Switzerland.
They were very friendly and relaxed and could spend time together.According to the story, they have been in Asahidake for two weeks for shooting, but today is the first sunny day.Perhaps because of that, everyone got excited from the morning.Get on the gondola triumphantly and aim for the top of the mountain.On the way, while taking a commemorative photo with the mountaintop of the iron plate in the background, we hiked up further and went to the shooting spot. 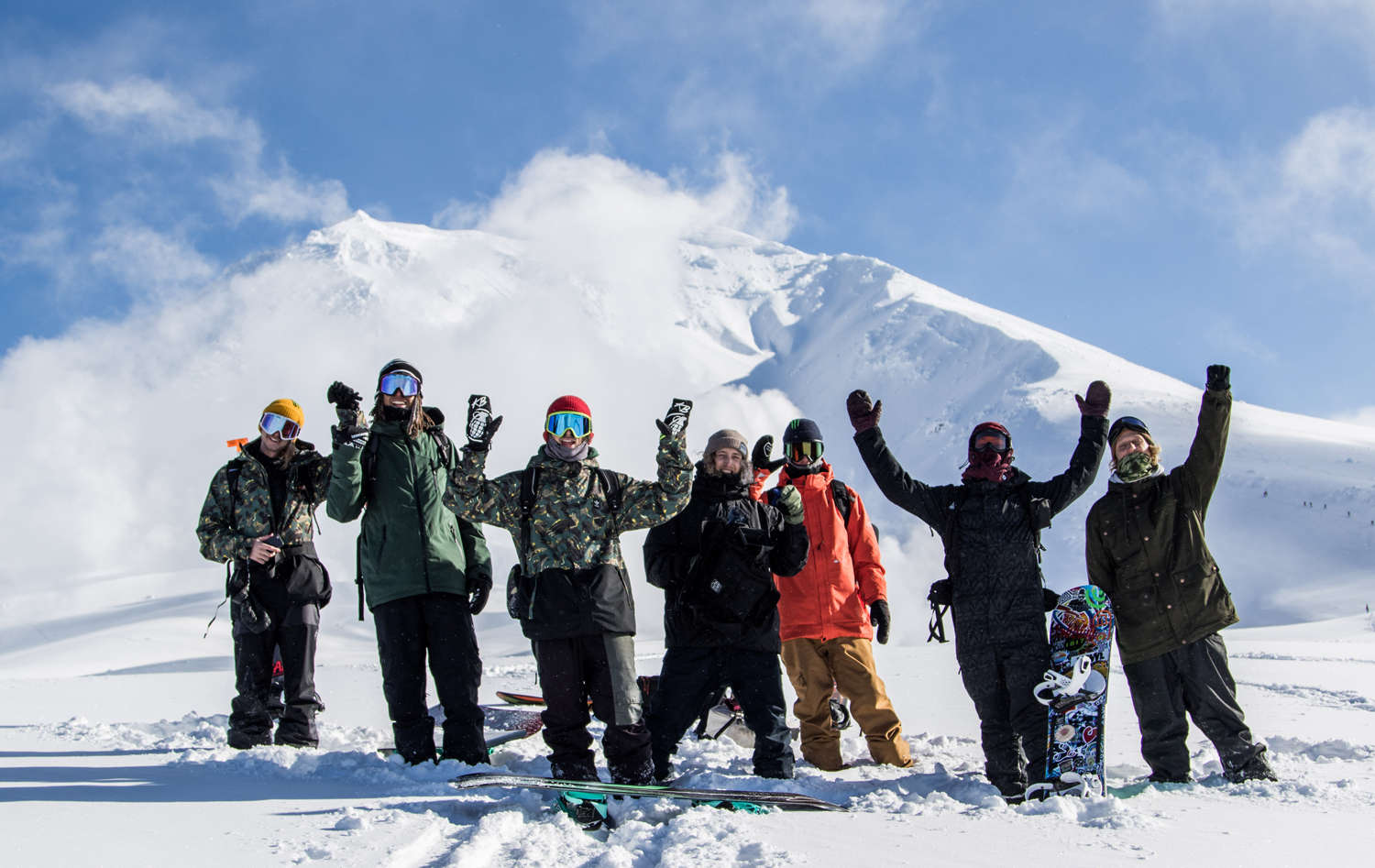 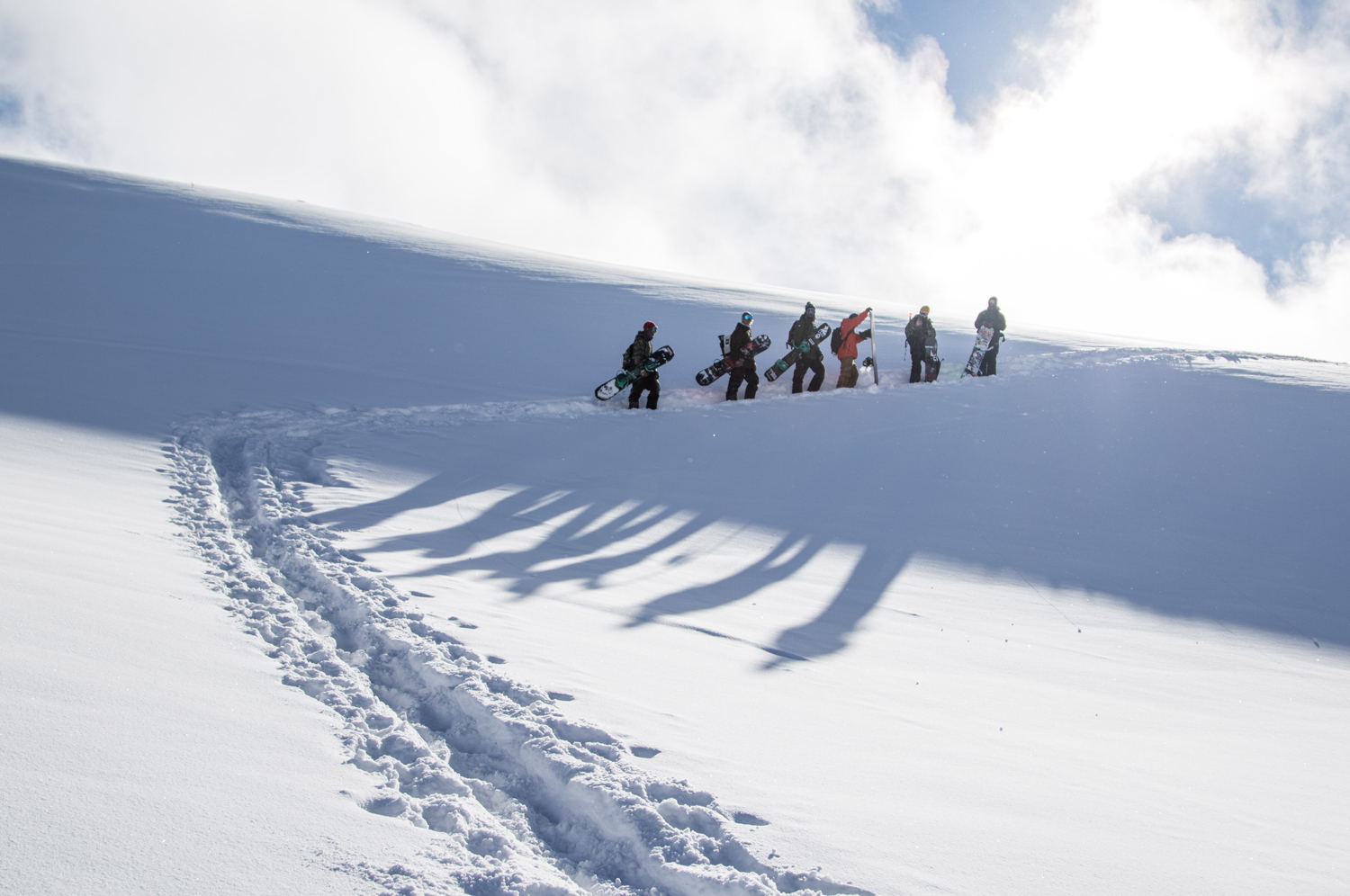 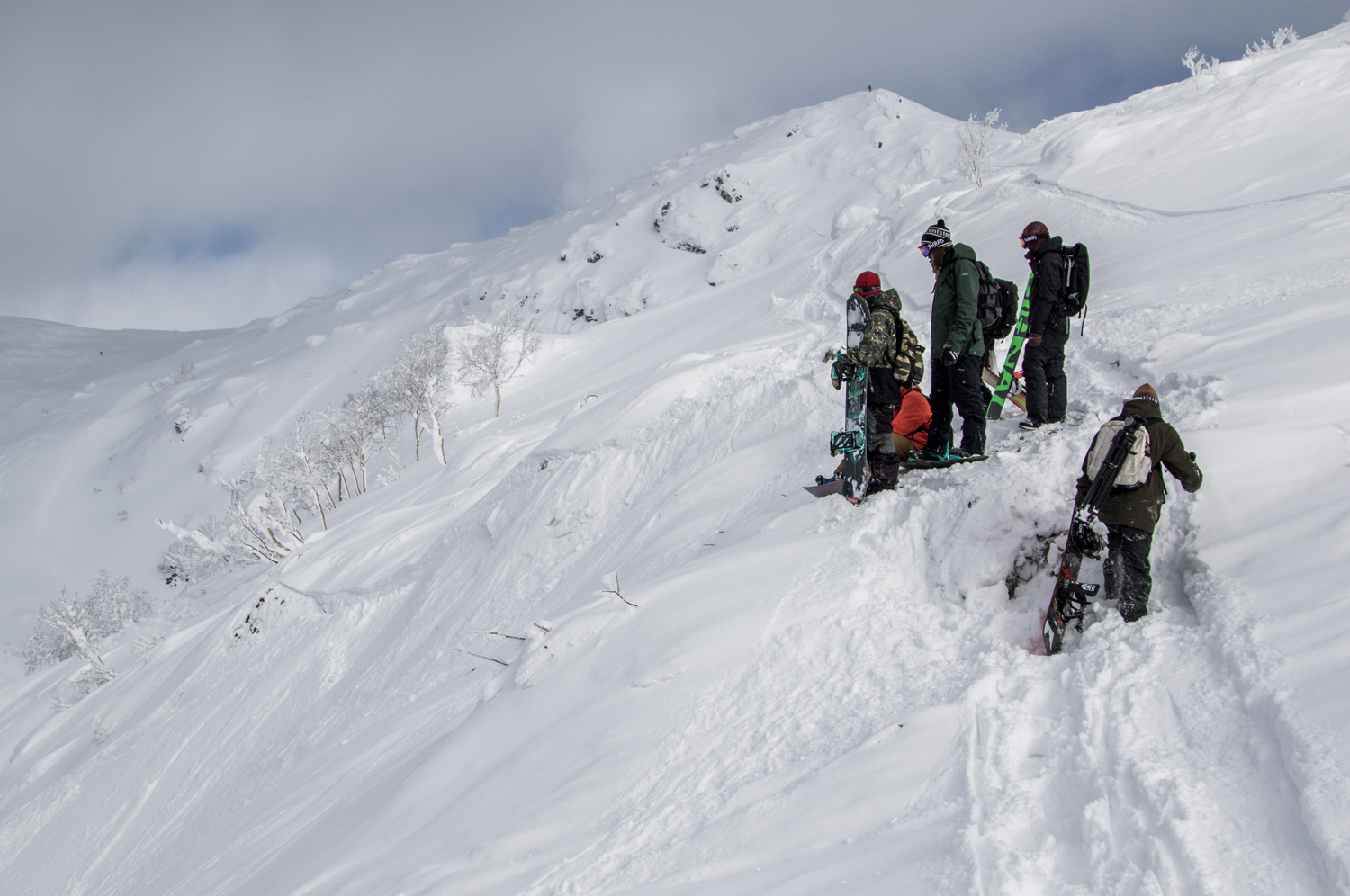 Carefully observe each sliding line.In the jump section, it was impressive that all the riders who had free hands other than the rider to be photographed were shooting in that section for one person, such as hanging a dera.
Kevin is calm and looks around the most and cares. Even in BYND x MDLS, the impression of being mentally mature. 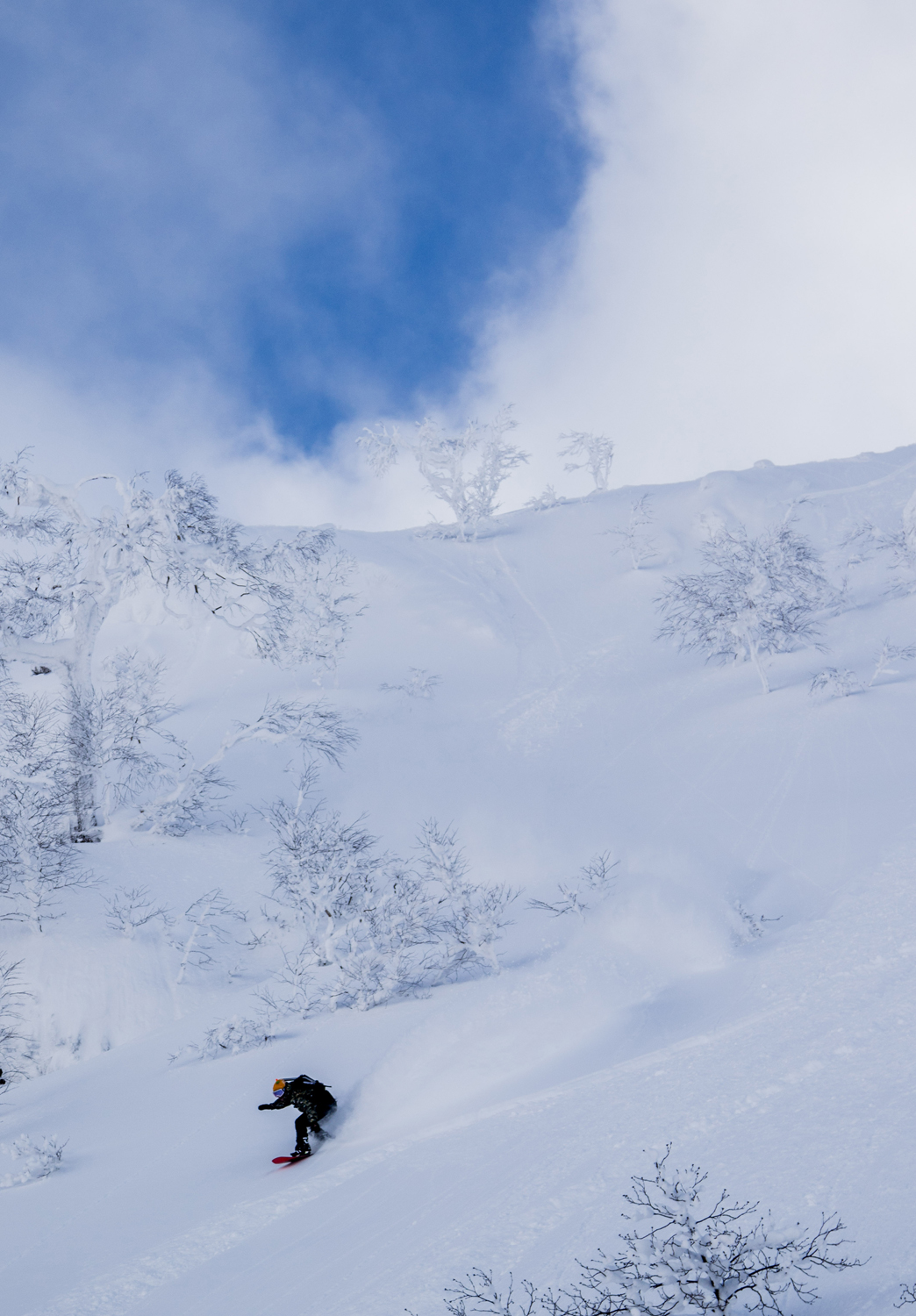 Max is just a naughty boy.There are scenes where I get angry because I'm too mischievous, but I feel like I'm covering with a nice smile. 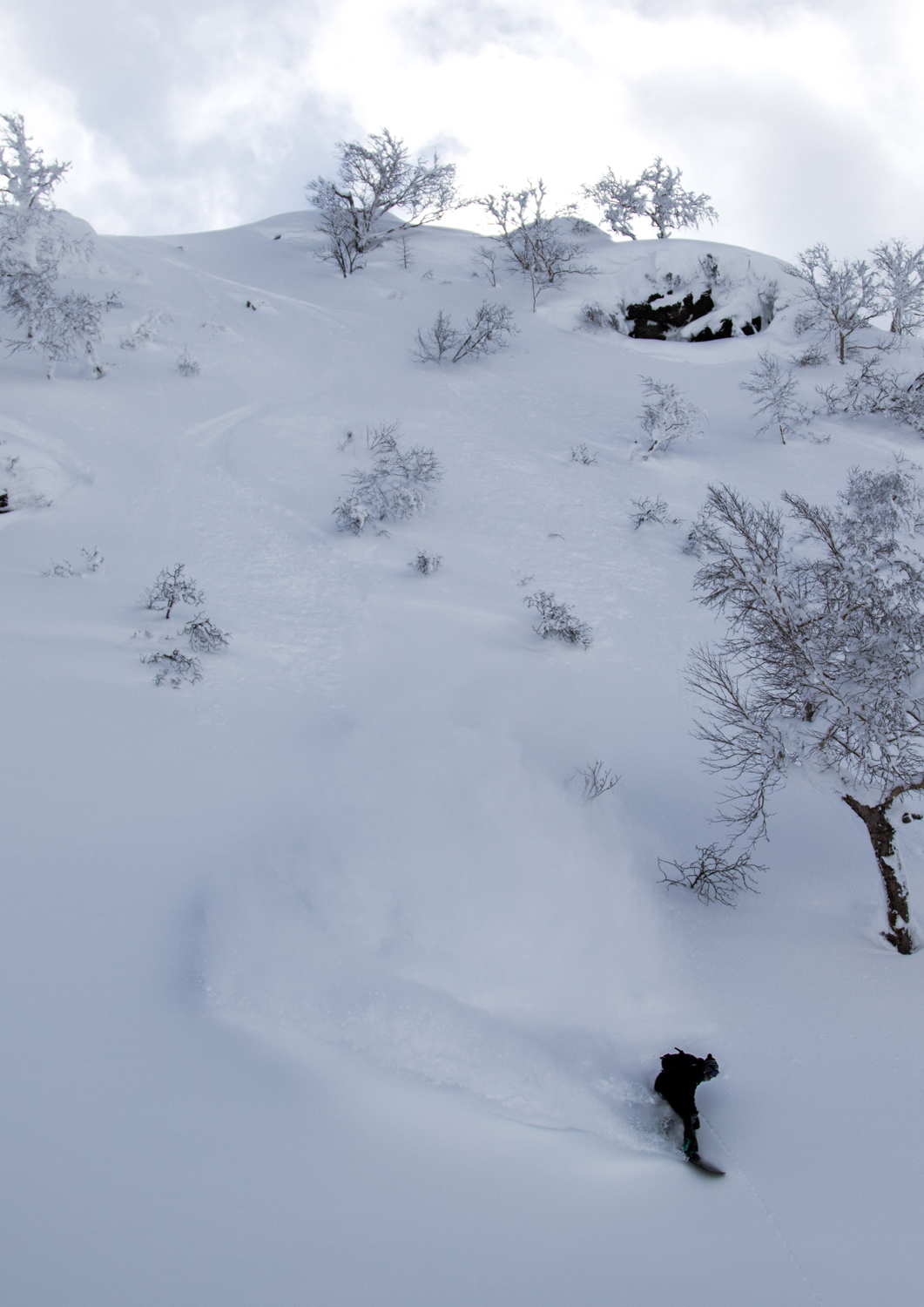 David is a big brother and he warns that Max is too naughty, but he is a cheerful guy who starts dancing when hip hop is applied. 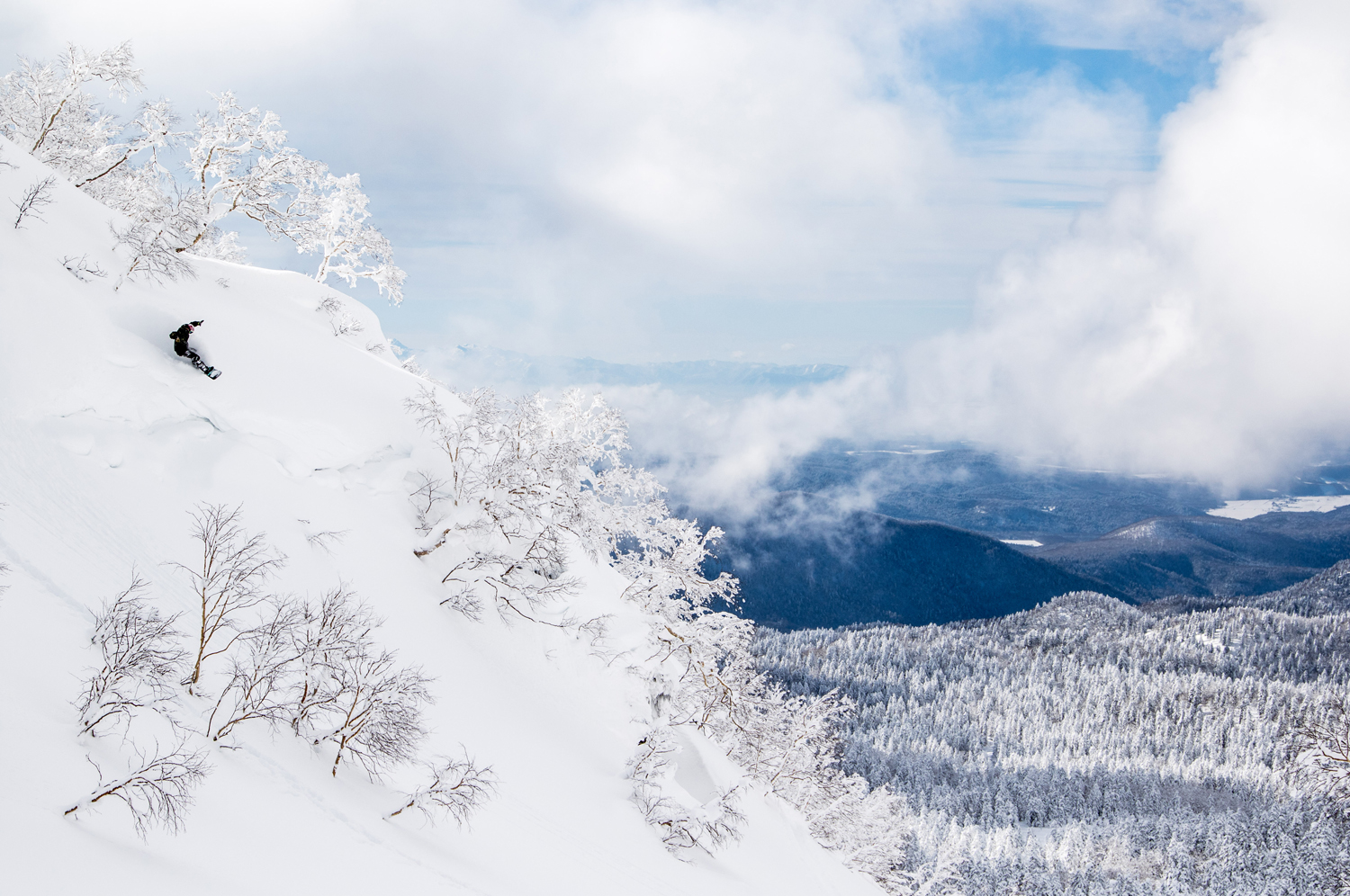 They gracefully enjoy the snow in Hokkaido.Each draws their own line.The snow is a little packed by the wind, but the spray that rises on the turn looks good.Yusaku plays with the log found in the middle of the hike. 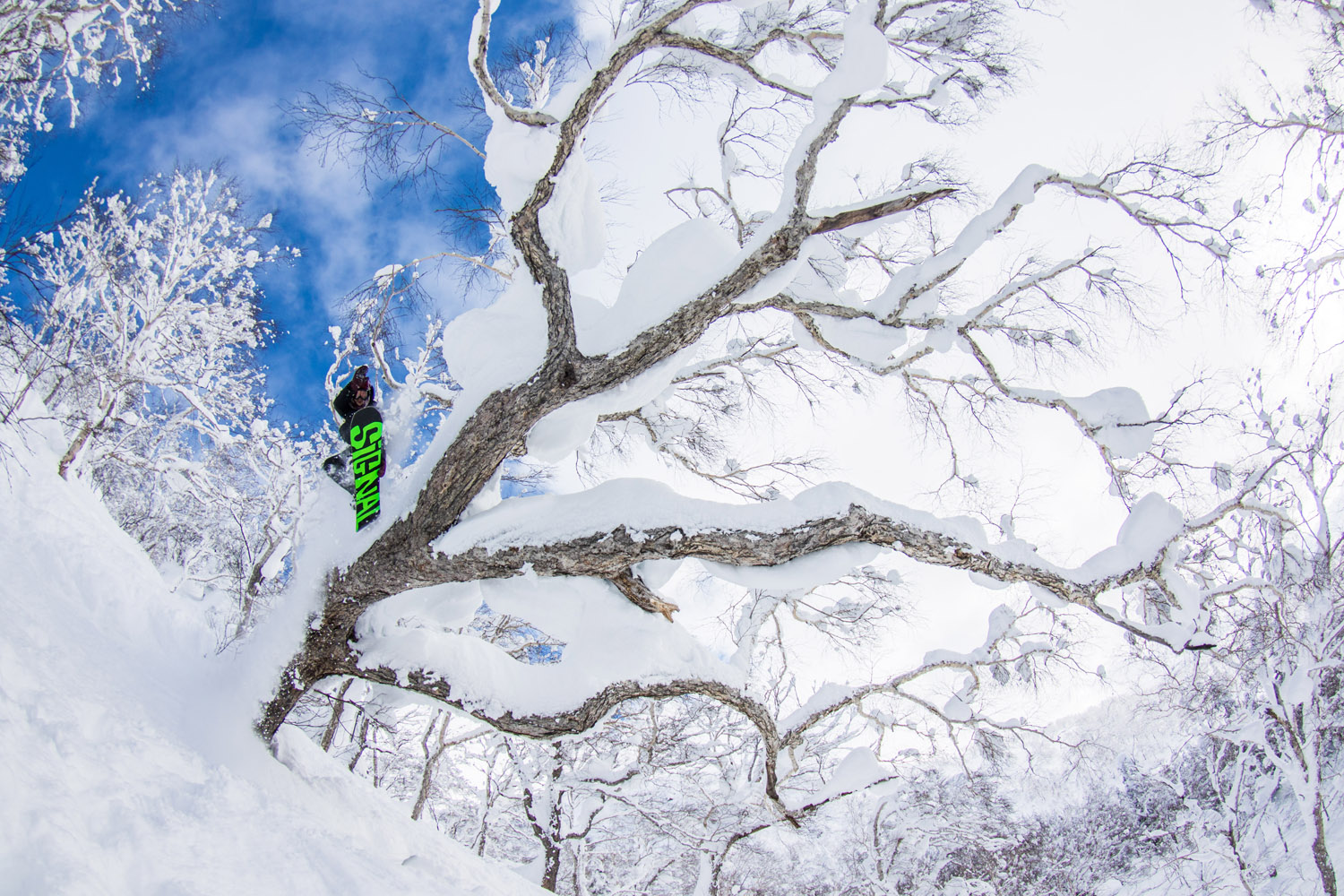 Asahidake boasts the highest altitude in Hokkaido.Therefore, the temperature is low and the weather changes drastically.Asahidake on this day is really special.It's the first time I've seen Mt. Asahidake on such a sunny day, and I think I'm in space. It's a reward for the last day of shooting the BYND x MDLS crew. I was wondering if their JAPAN TRIP would end with such a great session ...But it wouldn't end without Young Gun, a party.That's why Yusaku-kun's base in Hokkaido is MUSIC, DRINK (Sapporo CLASSIC), and ARD (DAYZE). 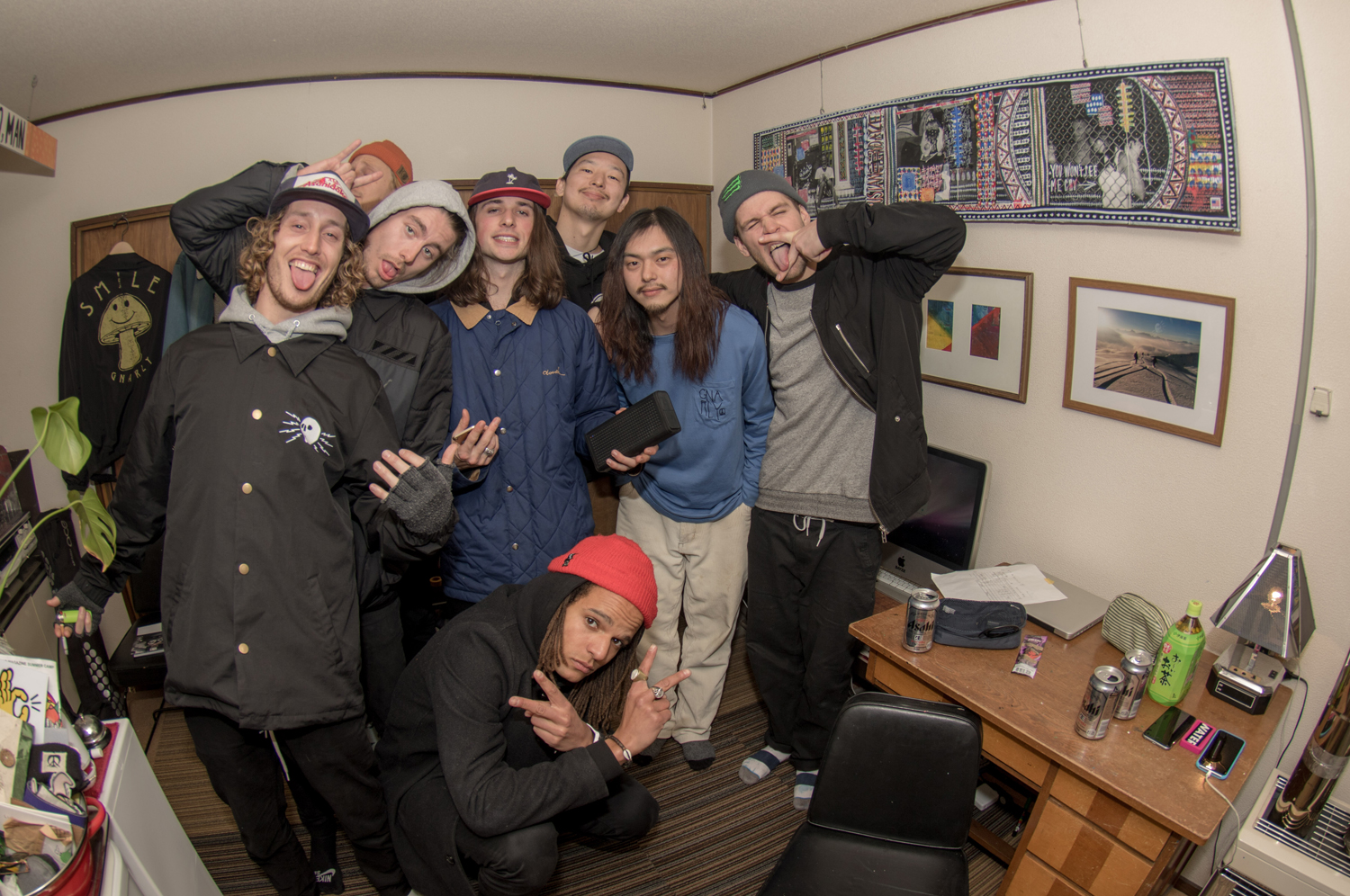 Thanks to BYND x MDLS and Yusaku who came to Hokkaido, I was able to spend a lot of GOOD TIME.I really appreciate it.I'll go to Europe next season.
Finally, we will introduce the BYND x MDLS video that includes the Asahidake TRIP video!

Enjoy the fresh powder movie in Hokkaido from their stylish park ride.
https://vimeo.com/153181522

Photographer Gian PROFILE
Born in Bifuka, Hokkaido.When I was in elementary school, I was invited by a good friend to step into the world of snowboarding.Longing for professional snowboarder Haku Suzuki from the neighboring town, he went on to high school in Nayoro, where he met his fateful encounter or the crew of the current Mountain Jack.On the first day of entering high school, the name of Ada became Gian by saying "You look like Gian".I have been skating with riders such as Mountain Jack for a long time, so I got a qualification as a physiotherapist if I could care for the rider.In winter, it is based in Sapporo, Hokkaido, and is moving around with a camera in one hand.