The fourth of the annual "Burton in the Fridge" held in Saus, the Seven Team rampages!
Photo & Reported by SBN

1999 people gathered at Burton in the Fridge 9 held at LaLaport Skidome Saus on September 10, 4, and both advance tickets and same-day tickets were sold out!This time, it was an event that cannot be overlooked, such as live broadcasting on the Internet.The schedule was a really strong day with a 2000 line test drive event → a demo by Burton Team Rider → a movie tour.
The performance by Burton Team RIder was quite high again this time!Among them, Bryan Iguchi showed me a stylish technique, and I was surprised at the height of Yoshimura's AIR among Japanese riders!Jason Brown, who was quite noticeable in the orange jumpsuit, caught everyone's eyes. 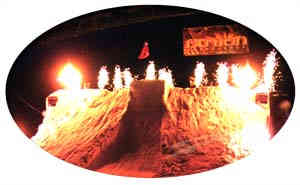 The opening is a performance by Jason Brown

JB was cute about what to do

Bumpy IGUCHI is alive and well!

A long-awaited movie tour after the Burton Tearm Rider performance.After the introduction of the video in which the contract rider appears, the rider appears.The gallery and the rider are in a messed up state due to the gift attack from the rider!Kenji was a little surprised at the venue, which was so excited.

Heat up with the appearance of riders

Kenji-kun is always too cool!

Three people who were having a lot of fun

Are you Donkey Kong?

Friendly shots of Jason and Victoria

I will show you the back side of Fridge4 for a moment.
The day before, in front of the venue on the day of the event, it was awkward due to the installation of the venue and the maintenance of quarter pipes.
Fridge 4 is due to the staff, and I would like to say thank you to the staff who worked hard all night. 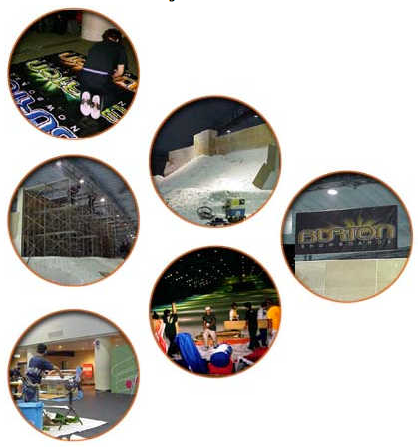