There was no hamper on the first day.

And the next day, I took a rest in the snow.

The next day, get up in the morning ... can I go? ??Then I will fly from Black Ops Heli, so I will gather for the time being!Take it and leave Sokko! 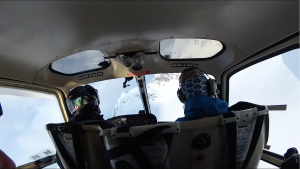 From this day on, the FLOW team guide will be Andy Brooks. A trusted guide who guided me to the points that became the cover of DigginMag two years ago.A man who is married to a Japanese person, is also a guide in Niseko, and will come to Myoko from next year.I was hoping that Andy would guide me. 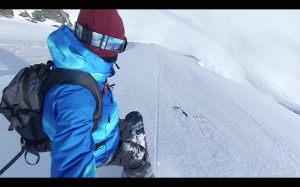 If you say Valdez, you slide a ramp like that.

That, one super steep face with various wide and narrow, like books.If you make a mistake in slough control, you will be instantly washed away.In the photo, there is a rock that lives with Hizapau. ..On this day, the fresh snow was XNUMX cm, and there was a lot of slabs with a faint pow containing fresh air, and the rocks that had just been buried were easy to step on, and it was still a life-long snowboarding. 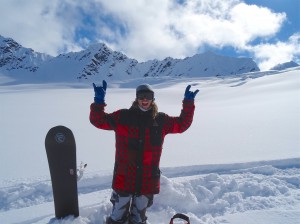 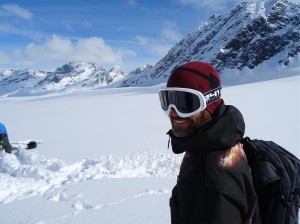 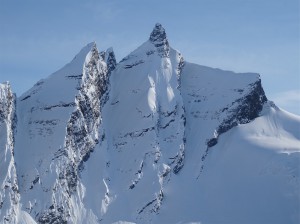 Tusk, one of the three major Valdez lines.

A task similar to Whistler's black task seems to mean fangs or horns.

By the way, I didn't go here for shooting because it wasn't exposed to light.

The point on the cover of Diggin is near here. 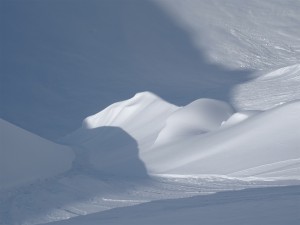 Seen from a helicopter, it looks like a good spine, but when you actually go there, it's stupid, and the slope gradually increases on the Noor. If you fall to the bottom, you'll fall off the ice shavings. This is Mikey's line. 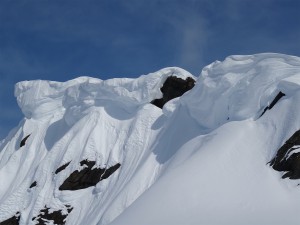 Walk under the cornice on the upper right (!) And traverse the place that is just in the shadow and enter the line on the far left. ..The shadow traverse is only there if it crosses about XNUMX ° (!).Put on a board and cross while piercing your arm.Below that, it's been steep and straight down. ..are you serious?With that feeling, I could only think that there was no serious failure. For a moment, my leg wearing a board fell by about XNUMX cm.Impossible moments It's a miracle to cross there considering the slope. Theoretically, I don't like life-threatening, but I have to stretch it once in a while. I don't have one

At this time, Andy and another guide came with me, and Andy believed in me and forgave me.I don't think I can do it normally.I think it's okay if Mikey who got off first is a regular Shin wirelessly from the bottom. ..It was also helpful to have been fanned by radio.If it wasn't watched by that many people, I couldn't attack that much.The line I wanted to slip after that was an impossible world. I'm looking forward to seeing it in the FLOW catalog and elsewhere.It was a heavy line.Moreover, this was the first one to get up at the hotel, go to the heliport, and fly.Because it wasn't hampered.And the clouds were hazy, and the helicopter had trouble, so this one was the end of the day.Return to the hotel again.It was a special a day in the life. 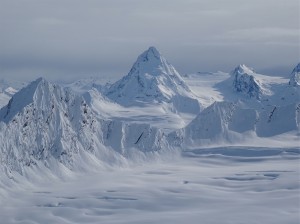 Tom Burt may have slipped a long time ago, but it's the biggest mountain around here.

check out “C” by Hiroyuki Yamada

You can make incredibly interesting snowboards. ..