Yuta Kobayashi was born and raised in Koiya, a restaurant run by her parents at the foot of Hakuba Happoone.Surrounded by the magnificent mountains on all sides, which can be called a backyard, I grew up in the best environment that any snowboarder longs for.Such a genuine local is crushed by Hakuba culture and gains a lot of experience, overcoming a serious injury last season and making a comeback.In this interview, I would like to tell you what kind of underground local hero Yuta Kobayashi was born in Hakuba.
Edit: GAISU

-Yuta was born and raised in Hakuba, right?
My grandpa's parents' house was originally in Ikeda-cho, which is next to Omachi.When my father was a high school student, he moved to Hakuba, and Grandpa started the restaurant "Koiya" in Happo.That's why I've lived there since I was born. I started skiing when I was about 3 years old, but there was a vertical society of athletic clubs ... It was a little annoying and I quit at 6th grade.Snowboarding feels like I started right after I entered high school.

-What made you start snowboarding at high 1?
Around that time, a friend of a classmate in Omachi, who was pretty bad, was snowboarding and was invited with a feeling like "Let's do it because it's cool!".After doing it several times in Happo, I felt like "This is shit fun!"I got hooked from there.So, about the second year since I started snowboarding, I was invited by an acquaintance to get a board.That is the moment when I was completely addicted to Hakuba.

-The slopes are close to home and the environment was really good, right?How was Hakuba at that time?
You slipped every day.Everyone gathered in Hakuba from various places, and it was really hot at that time.Some people were close in age, but seniors were gathering from each region, so I was taught various things.At that time, the one that stood out was Mr. Task (Masaru Matsuura).Of course, Kon-chan (Noboru Konno) was also there, and Ken-kun (Shibuya) if he was a local. 謙)and.Everyone admires it, it feels like it's really awesome.

-How was your high school life?
I went to a local Hakuba school in high school.It's a common high school life where a friend takes a motorcycle, rides around, and drinks until morning.But I got a little bad and got fired from school ...From that point on, I couldn't live in Hakuba physically, so I went to Hokkaido alone with an island-like exile.My parents told me to go to Hokkaido (laughs).Is that high 2?

-What kind of life did you live in Hokkaido?
There was a school in Yoichi next to Otaru that accepted high school dropouts, and I lived in a dormitory.I used to do snowboarding in Hokkaido, sometimes.I didn't have much time when I was in high school.I don't have legs because I live in a dormitory ...After graduating from that school, I went to Sapporo.

-What are you going to do in Sapporo?
I went to a sports school, but the city of Sapporo was so much fun that I couldn't go fast.So when I was about 19 or 20 years old, I came back to my hometown and started my Hakuba life again.

-What kind of lifestyle did you have when you came back to Hakuba?
Work in the morning and evening and slip all day.Of course it's just a park.I can't think of it now.I don't do jib so much, it's just like flying big.At that time, there was a fairly large park on Mt. Meiki, and there was even a 20m kicker.

-Who was the rider of the same generation in Happo at that time?
I don't have that.Well, Happo had a strong ski color, so I still don't have it.At that time, I was skating with my friends in the cage all the time.

-Did you have any connection with Omachi riders or HACHI crew at that time?
I didn't know at all at that time.There was no entanglement with McKee (Masaki Kitae) at that time, and Keita (Yamazaki) may still be a high school student.I've known Omachi's seniors for a long time, but I didn't have a chance to skate together.When I was about 25 to 26 years old, there was a time to skate together.It's like "Let's slip one" on the same gondola. (Komatsu) Goro, (Nishina) Masashi-kun, Yone-san (YONEFILM Hiroaki Yonekura), Shou-san (photographer Endo Shou), Yu-kun (Nishiyama Isamu), (Nagasawa) Yusaku.I slipped together at that timing and thought it was "cool".I couldn't slide at all at that time, but I remember saying, "I have to do more."

-Where were you inspired by them?
I wonder what ...It was when I graduated from the park and started free-running, so of course I had a snowboarding style, but at that time Hakuba had a party culture, and my seniors were also DJs.That kind of lifestyle was so cool and inspiring that it felt like a respect.At that time, I had a party in Hakuba every day, so I went around too (laughs).Well, I was young, so even if I played late, I could slip at all the next day.

-How has Yuta's snowboarding style changed since then?
From that time on, I rarely went to the park and skated all the powder on the mountain.If there is a place on the slope where the powder remains, it's like sticking it in and spraying it up for the time being.I feel like I'm greedy for powder. 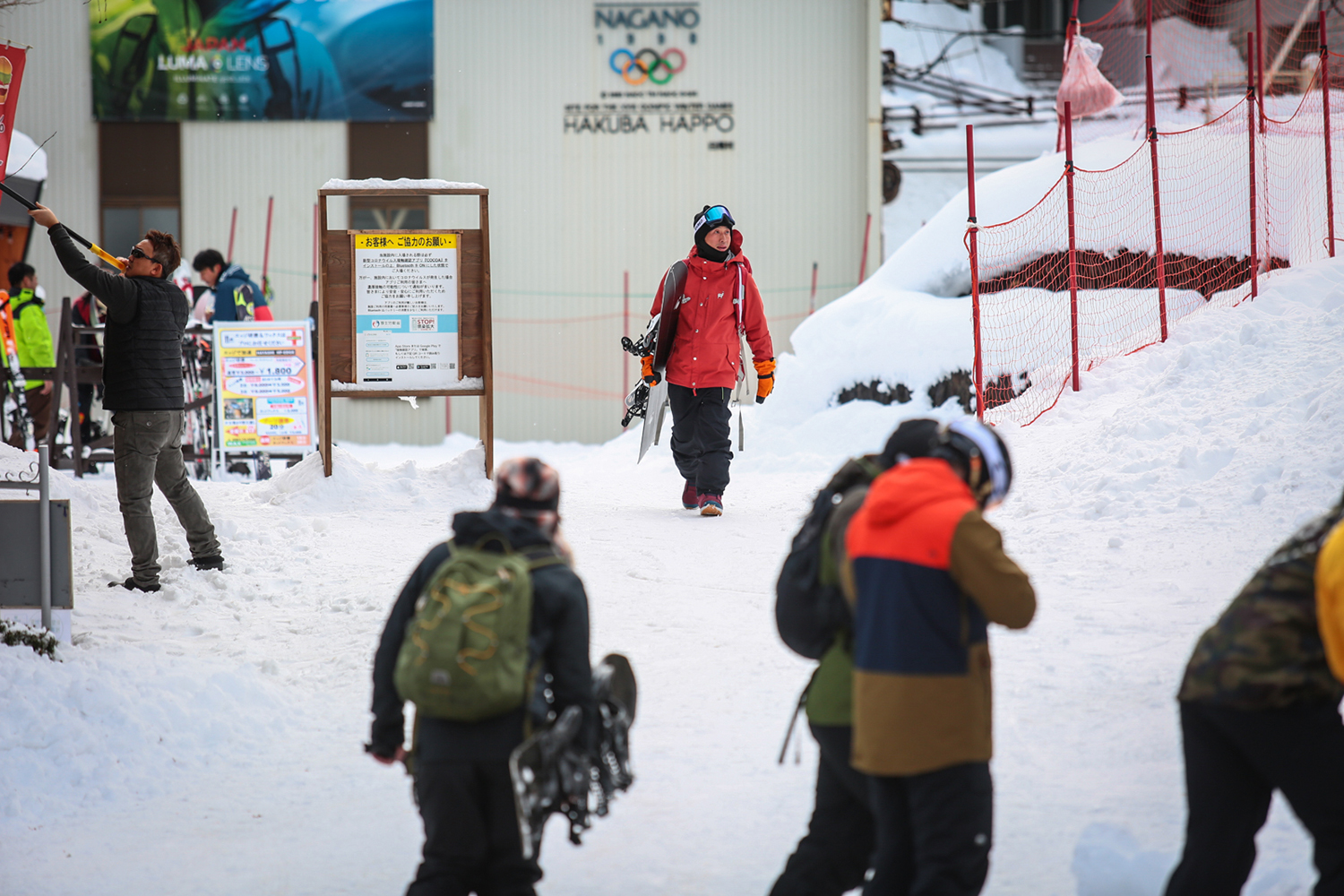 -How did you decide to form "HACHI", which is still active?
I20At that time, there was Kyota (Miyake) in a crew called PRS (MOVIE), the predecessor of HYWOD, in Omachi.Kyota liked sake and sound, so I started playing with him.Yusaku-san was the first person to teach me about backcountry, but after being taught, Kyota-kun and I started to go together.McKee said, "I want to do it together."At that time, I got advice from Mr. Shou, "Why don't you make a crew called HACHI?", And I started talking about making HACHI with me, Kyota-kun, and McKee.

-When did Keita Yamazaki join the HACHI crew?
Actually, he took him to the mountains when he was about 17 years old.Take me to a night party.Then he had a talent for music and exploded as a musician.Well, that's why the confluence feels like a natural flow (laughs).

-So there was an accident with Kyota ...
No ... it was tight, after all ...No way ... I didn't think my companion would die in the mountains.I went to the rescue, but at first Keita contacted me saying, "Please come because I was a little killed."I was working at Koiya, and I was wondering if it was a big deal at that time.And then I got a call over and over again. "May I really come right away?"Call the patrol and say, "Why are you in this situation, please come right away?"I carried a super long board on my back instead of a stretcher, but it didn't work at all.It wasn't such a place.The swamp is deep, so make a way by scraping all the snow to pull it up.It wasn't odd anymore because it was all deep snow from there.Well, you were attacking. I think it was like "getting better" ...

-I didn't lose my important companion in the accident.That is my home mountain.What did you think at that time?
…….After all it was big to lose the companion who came with me for a long time, in me.From now on, let's make sure that there are no such accidents in the mountains.And I thought it was not good to put a line at the entrance of a dangerous place.If you attach a line, everyone will imitate and follow you.I don't want other snowboarders to do that either.Never go to a dangerous place.After that accident, I try not to know where to enter.

-Snowboarders, especially riders, are not on the verge of "attacking and not attacking."What do you think about risk management in that area?
I still have the time to "go" when shooting, but I try not to do it in my usual free run.But it's not good, isn't it?I have to calculate everything properly.I think it's dangerous if you can only see the front, if you can't see the surroundings.

-How did HACHI organize your feelings after that event?
From that area, Ryu Yamashita and Taichi Sato joined HACHI.I feel like a younger guy is coming in and growing up, so I think I'm still positive.I have to tell you a lot ...If you think about it now, I think that's the case, maybe ... 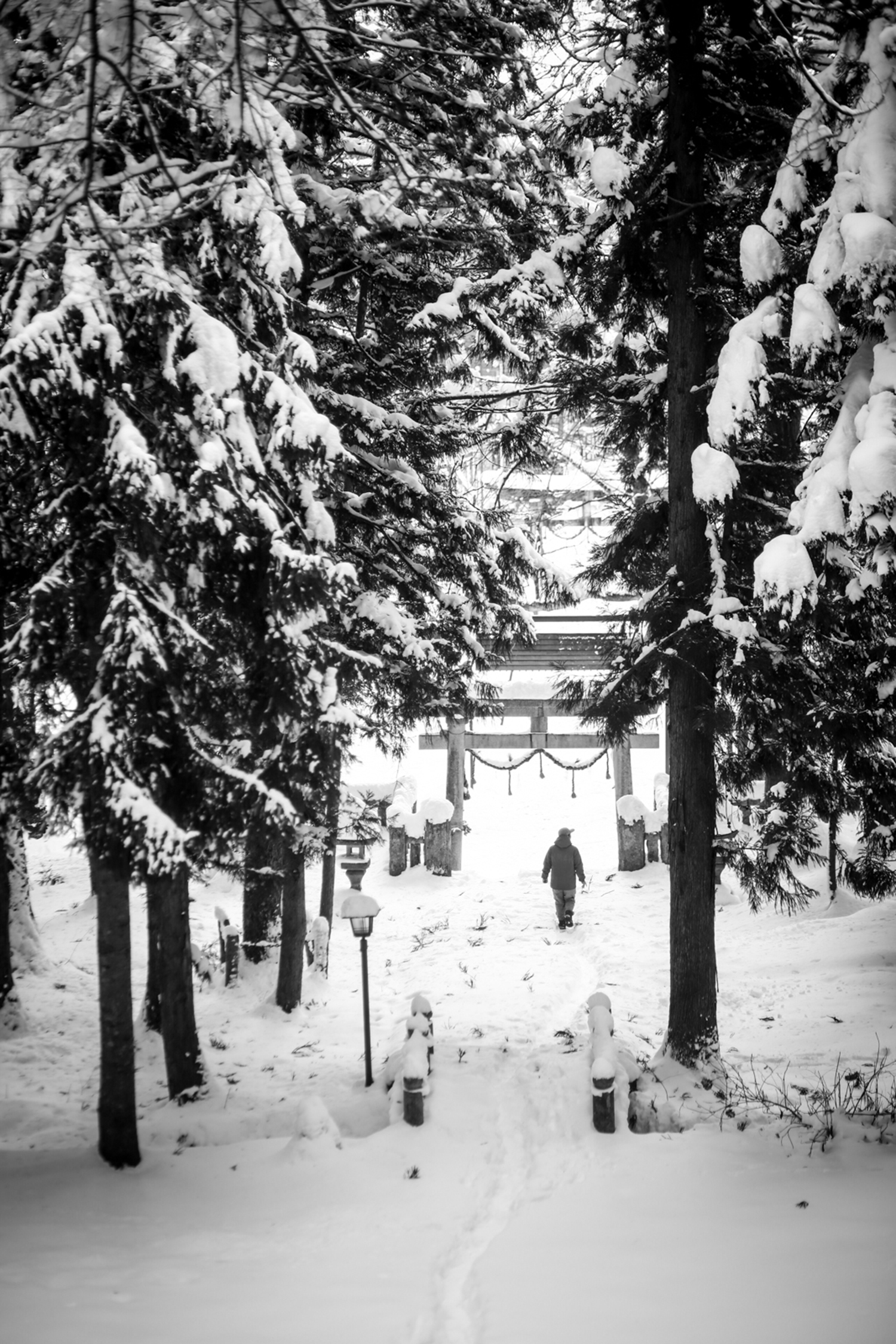 Interview with Yuta Kobayashi<Part XNUMX>Continue to "Snowboarding Your own serious injury that changed your life."

Yuta Kobayashi, a HACHI crew based in Happo, Hakuba...