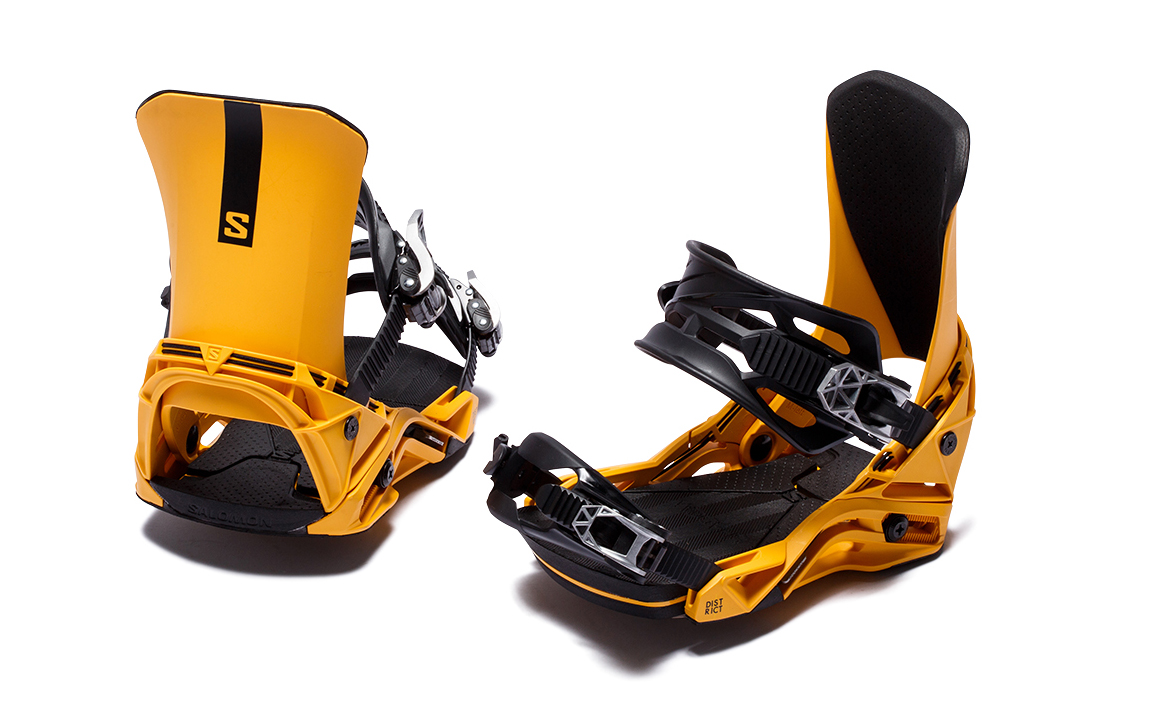 Salomon's proprietary SHADOW FIT technology has rewritten the common sense of binding.By using a flexible material for the heel cup that supports the highback, it is possible to move the ankle freely 360 degrees while maintaining support.While holding the entire boot tightly, the range of motion from the ankle up is amazingly increased. When the SHADOW FIT was introduced, the flexibility of the heel part increased, but on the other hand, there was a question that the softer heel cup would slow down the response from snowboarders who want a quick response.However, the SHADOW FIT has a Kevlar wire that surrounds the heel cup.The force transmitted from the boot to the highback pulls the Kevlar wire, pulling the toe side of the baseplate up.In other words, it was calculated so that the load on the highback would be transmitted directly to the base plate and then to the board.

Since its release, SHADOW FIT technology has been a high-performance model that satisfies snowboarders seeking quick response.

And for the 22/23 season, the DISTRICT, which was positioned as the softest model in the SHADOW FIT, was significantly updated.

The point that has changed significantly is the material of the ankle and toe straps.The ankle strap, which used to be a cushion type, has been changed to a single injection material.Asymmetrical ankle straps are easier to twist inward than outward.This means that it is easier to put your knees and ankles inward.It can be said that it is a function that further enhances the merits of SHADOW FIT, which has a range of motion.The toe strap has a claw-shaped part, and the toe of the boot is firmly held with the claws on the top and bottom of the toe strap.In addition, the highback is more tension than the same model last season.This creates a well-balanced model that combines support and hold while maintaining the appeal of a soft highback.

So far, the high-end model hologram and the highlander with the number one rider usage rate have been popular.However, at the test ride events held in various places this year, the latest model District has been overwhelmingly evaluated by the pro shop staff and team riders.The reason for this is the improved support of the injection straps and highback.The District, which was originally a soft model that was easy for entry-level riders to handle, has been released this season as a perfect binding that satisfies all snowboarders by obtaining functions that will convince even advanced users. It would be a shame not to know about the ultimate riding experience that SHADOW FIT technology boasts! 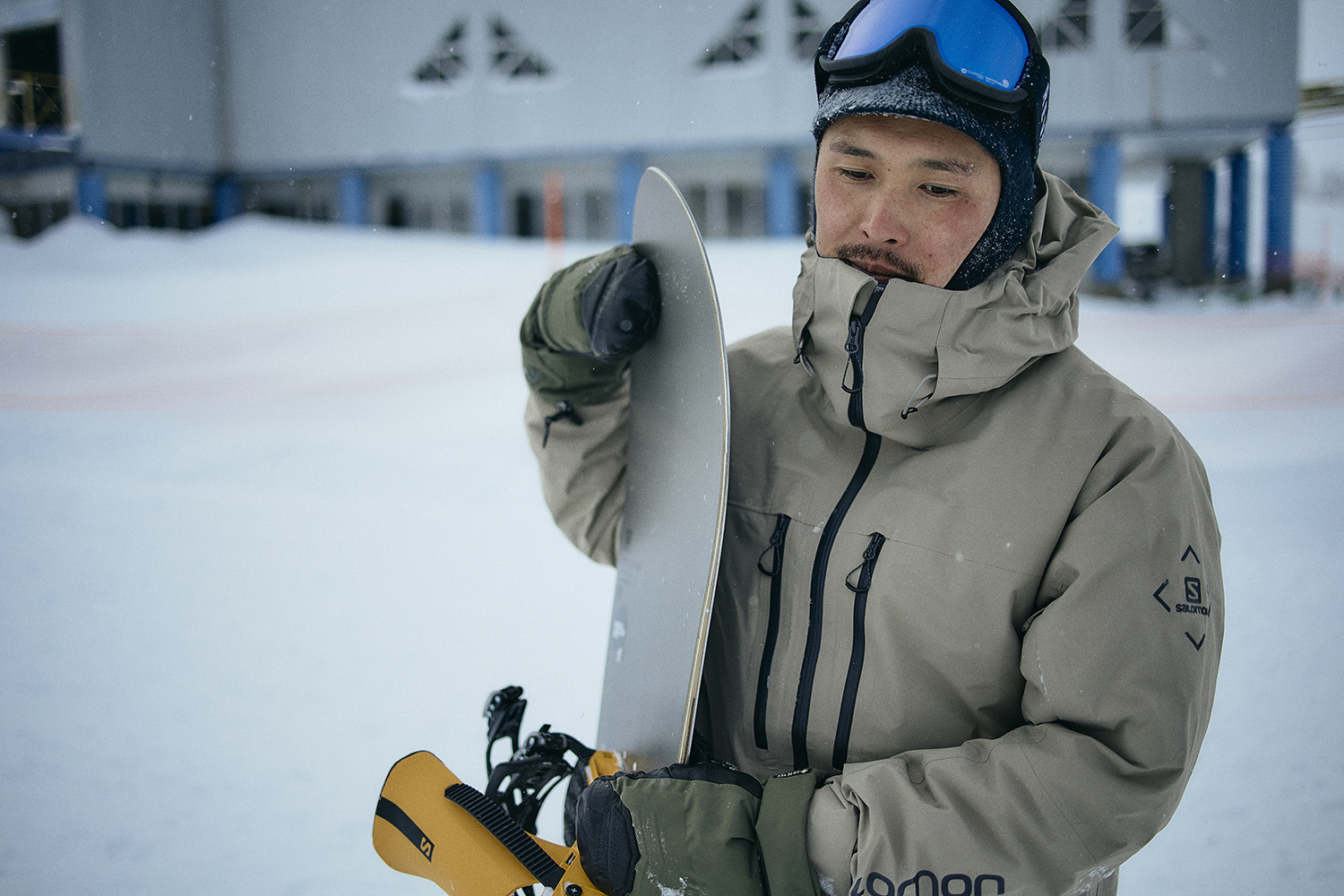 It's a binding that makes it easy to style

“Until now, the District has been one of the softest of the SHADOW FIT, but this season’s model has a heel cup that is so firm that you can feel it with your hand. Although it can be moved freely, it can now cover soft to firm snow surfaces.I was surprised at the support power even on hard-pressed snow surfaces such as Pistenbahn, Park, and Pipe. The asymmetrical ankle strap feels a little stiff when you move it outward, but it makes it much easier to move your knee inward.In fact, the ankle strap has a horizontal slit inside, This is because it has been improved to make it easier to roll the knee inward and not too far out.In addition to the overall solid support, the straps give the impression of being even more flexible.Freedom of the ankle The strength is still outstanding, so I think this model is very suitable for those who want to create movement below the knee.The binding is good for tricks such as gratris, including parks, and it is easy to bring out the style even in freeriding. - contract professional rider / SAPPORO EXPERIENCE BASE (brand store) store manager (store manager): Hiromi Fujimoto