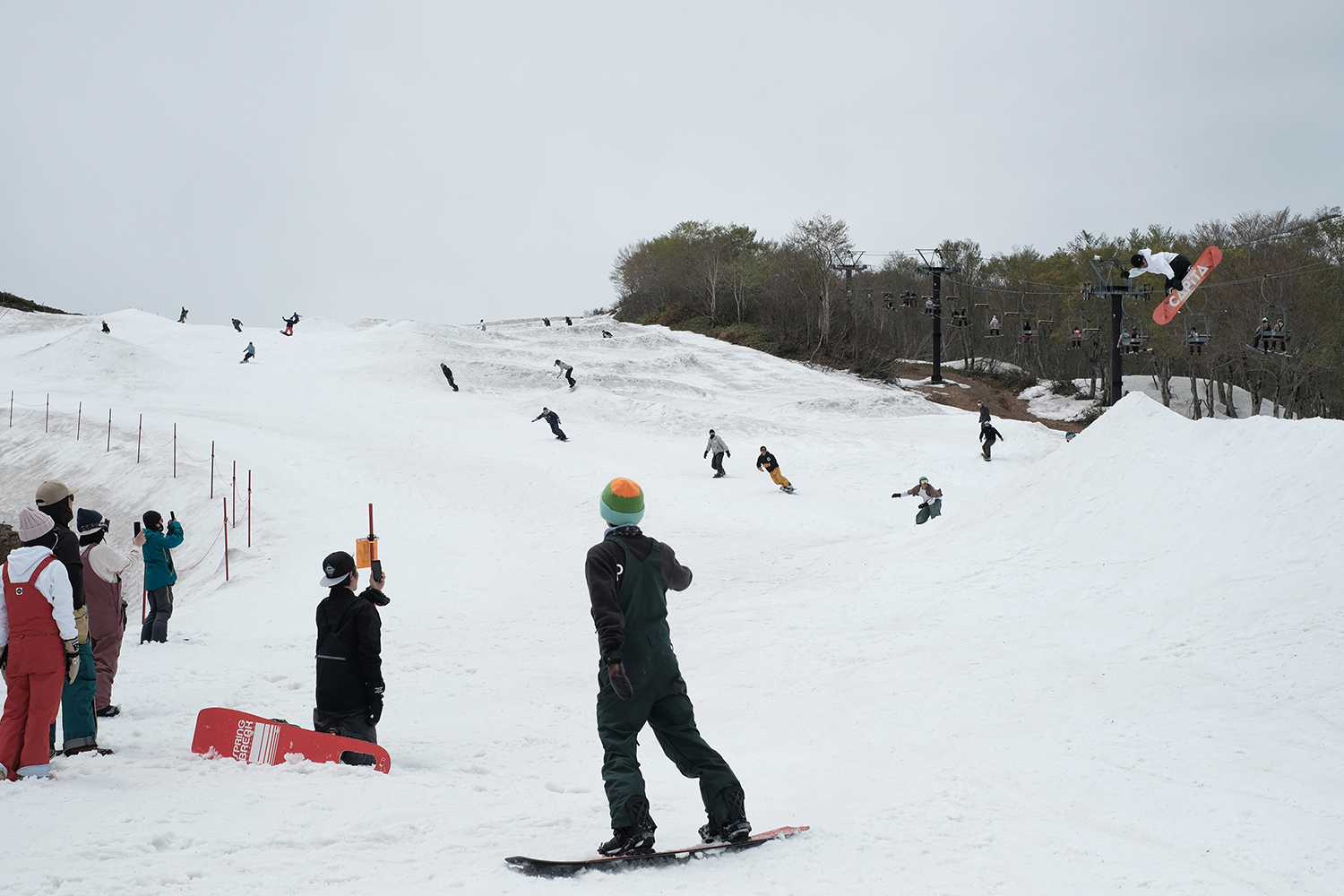 Monkey May 5th to 13th."Mountain Wave 15" was held at Hakuba Goryu, Nagano.Many people went out of season at this event, and unrivaled snow mountain lovers gathered from Hokkaido in the north to Kyushu in the south, and enjoyed the event that can be enjoyed both hot and cold in each style.The interview team visited on the 2022th when the Banked Slalom was held and on the 14th when the Tweak World Championship was held.So, let's deliver the pattern of those two days.

The last chill event of the season, which is already an annual event in the Hakuba area.That is "Mountain Wave" sponsored by YONE FILM, the director of "LIVE NATURALLY".This season, a special course will be set up in Hakuba Goryu after the business is closed.The bottom of the slope was wrapped in fresh green, but if you raised the altitude with a gondola, there was a course that everyone could enjoy depending on how you played.

May 5th.Large raindrops continued to fall on the way from Tokyo to Hakuba.However, it seems that many people's desire to enjoy the event that will be the last of the season has arrived in the sky.At the start of the event, it settled down to a weakness between light and drizzle, and occasionally the weather recovered until the sun looked into the face.If you think positively, the snow was in a state of running because of the rain. 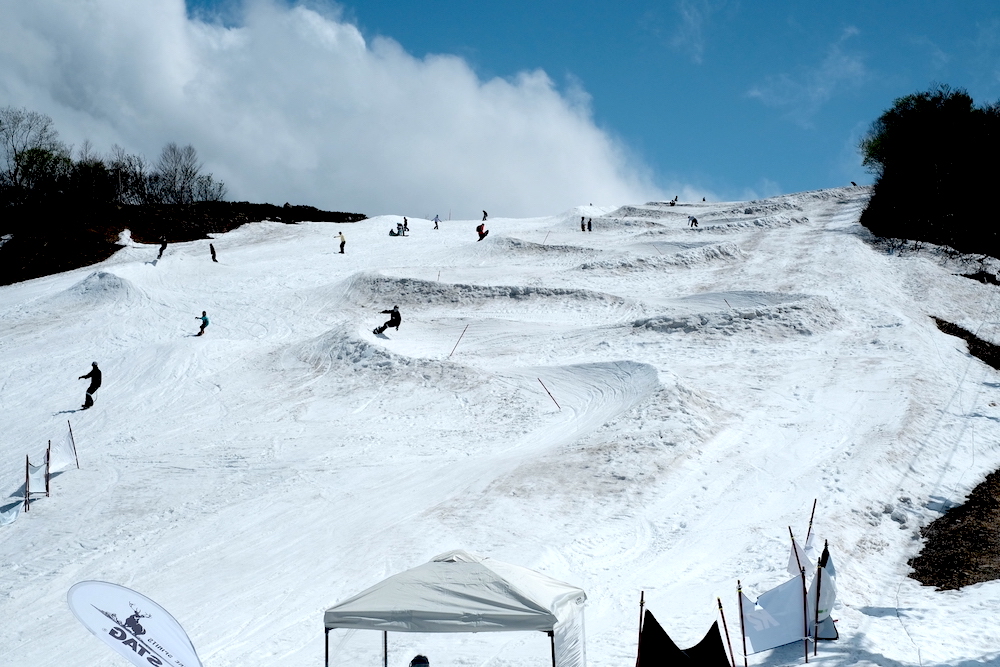 Of course, it's okay to run the special park without participating in the Banked tournament.Anyway, it is this "Mountain Wave" that wins the game.

The next day, May 5th, the last boarding time of the gondola was until 15:13, so you can enjoy the carving G with a cold burn from the morning, run the banked course, and the landing burn has become loose. Many people really enjoyed snowboarding and snow skating at their own pace.

The Tweak World Championship suddenly started.Who will show off the coolest tweak at the hips at the end of the course?

Along with the light and awkward MC, generous cheers and applause were sent from the venue to the slipper who grabbed the cool grab.

However, the contest ended without a winner being decided, but what left a strong impression on the editorial department was Keita Yamazaki, who gave off a splendid method tweak in snowboarding, and Melan who twisted his body in snowboarding. Takayuki Nakamura, who played the toe fakie, and Kuya Kuya, who fascinated the method tweak that pierces the heavens with the tail.The reason why the winner was not decided is that it is like this event, but there were so many tweaks that the style was so different even with the same grab.It was a time I never got tired of watching, so when I realized it, the final gondola ride time was approaching.

However, the event is not over yet.After descending the mountain in the gondola, chills were waiting on the wooden deck of the base center Escal Plaza on the slopes.There, while shaking the body with the gokigen sound flowing from the DJ booth, we look back on this event and this season, how to spend off time, talk about plans for the next winter ... Free, mellow and peaceful time was flowing.

Now, the editorial department is out of season.Looking back, I was able to spend a season that was too great to exceed last season, which was said to be the best.Mountain Wave was unquestionably the best event to end that season.

I've been shooting snow culture for over 30 years ...

A new event that combines 3D terrain and banked slalom ...