The race of snowboarders must be more sensitive to global warming than anyone else.You can't enjoy it without the snow, which is a gift from the sky...
Luckily, however, the last two seasons have been blessed with snow, and there are probably more than a few people who have had the best winter ever.It is predicted that there will be plenty of snow in the coming winter due to the effects of La Niña, so some of you may be busy adjusting your schedule and preparing your gear.
However, when I was young, it used to snow on my parents' house, but recently it has stopped snowing noticeably.It does snow, but in a completely different way than before.Isn't that kind of situation happening around you?
Yes, the world's climate is already changing. 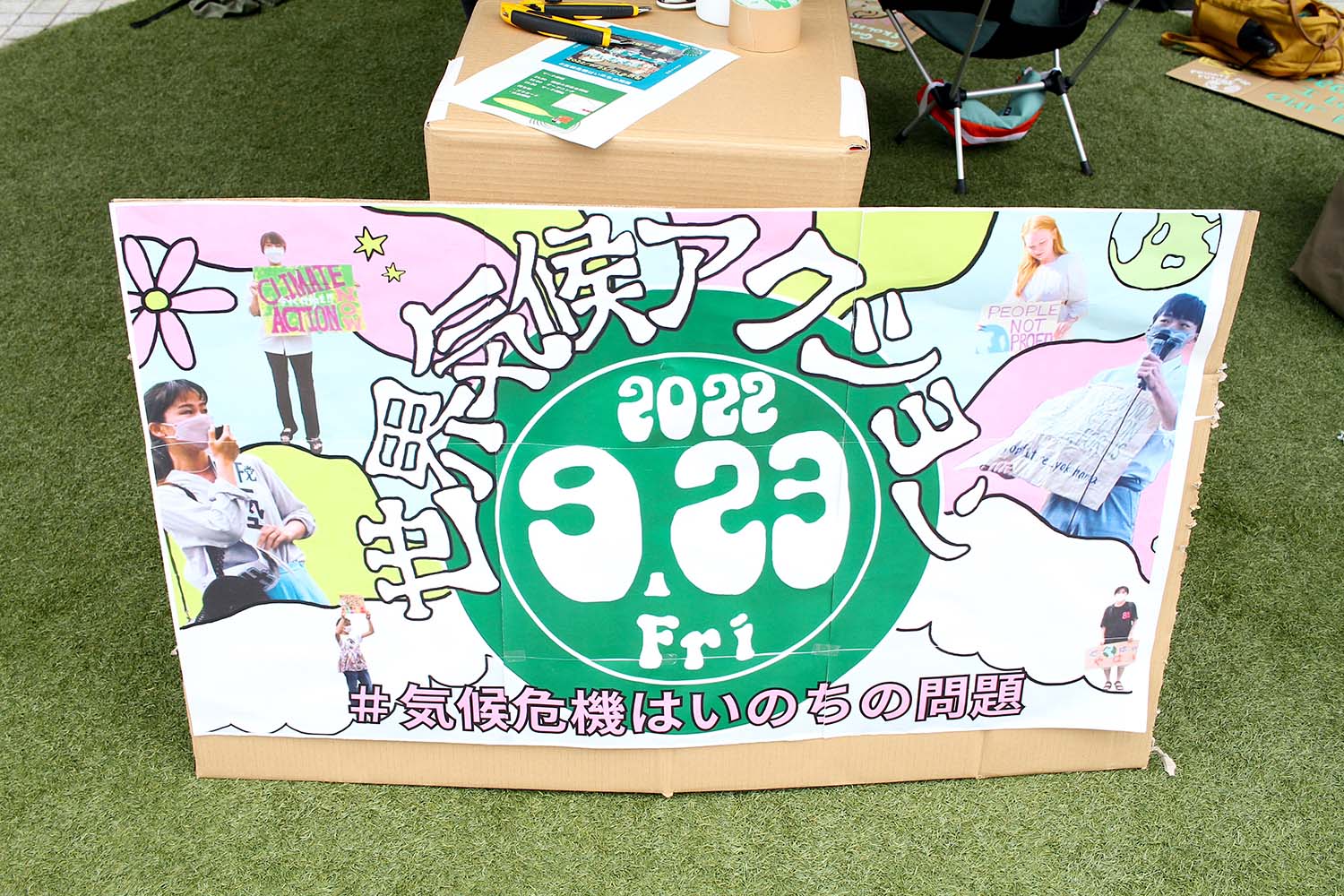 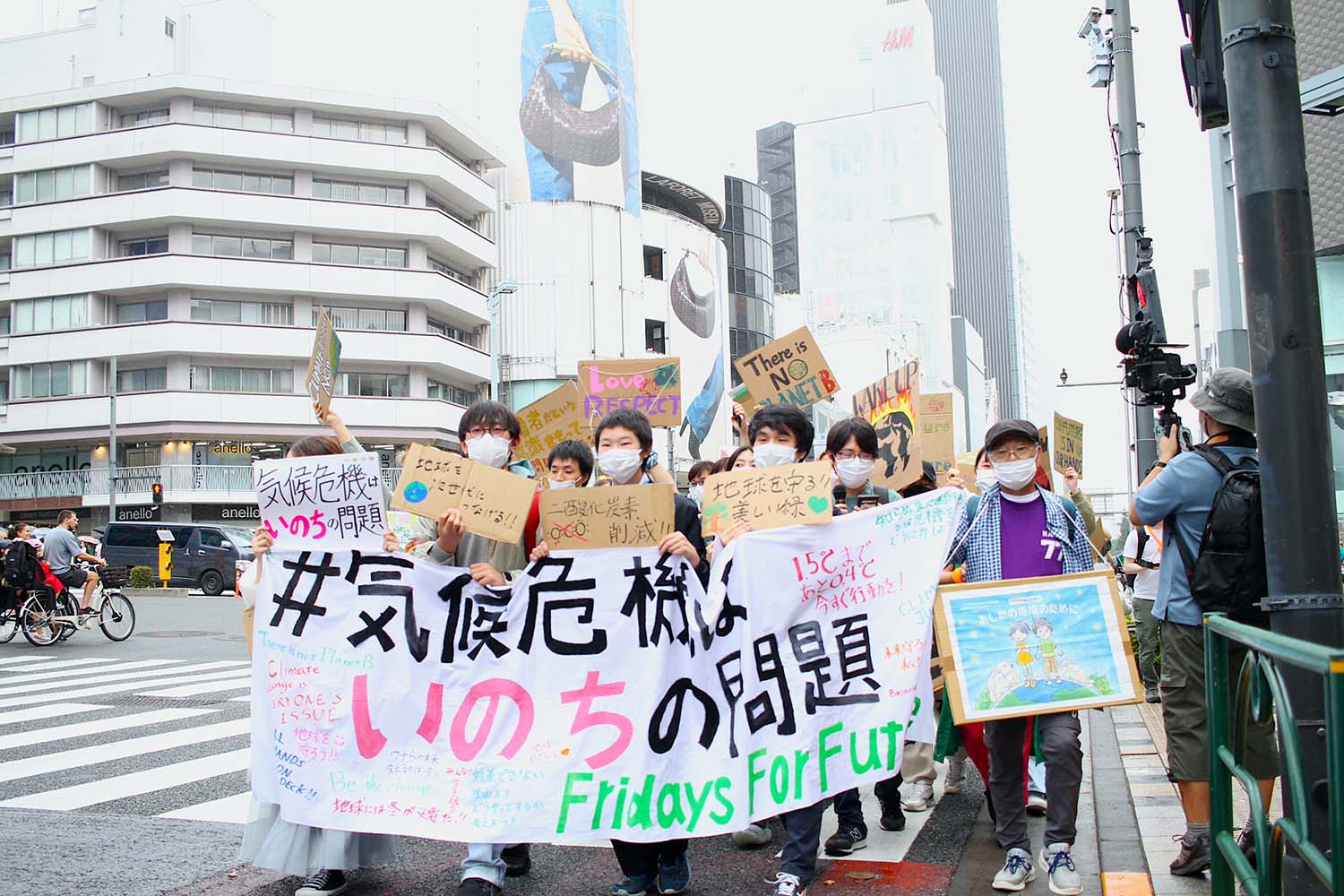 September 9rd (Friday).As part of Global Climate Action,FRIDAYS FOR FUTURE TOKYOKiko March @ Shibuya was held for the first time in three years.
Participated in the 2019 Climate MarchPOW JAPAN.Burton, the leading brand of snowboards, has teamed up with POW JAPAN to take action again this time.

It takes about 15 hours to go back from the start of the march at 2:XNUMX.

At Burton Flagship Tokyo in Harajuku, Tokyo, in order to involve as many snowboarders and people who enjoy shopping on holidays as possible, Goro Komatsu, who is the representative director of POW JAPAN, and Burton, are set up in a special tent set up in front of the shop. Japan staff and general participants wrote their thoughts and ideas on cardboard boxes after use to create a message board for the march.

Even if it is difficult to act alone, it is easier to stand up and raise your voice if you have friends with the same idea.The tent, which was empty at first, soon became crowded with families. 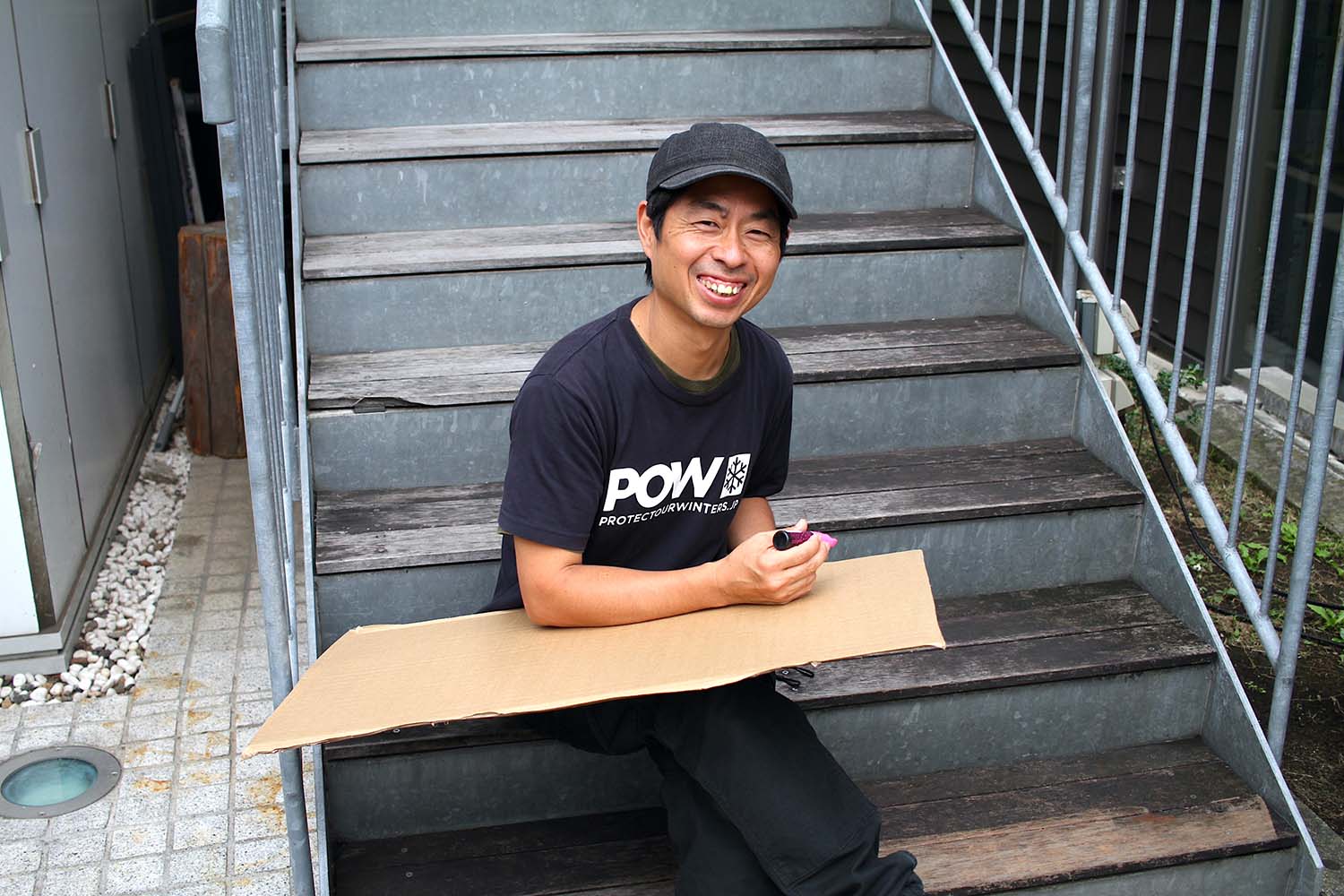 Now, what kind of message do you want to make in the Climate March?We spoke with Goro Komatsu.

“There is less snow. It is warmer than before. I think many snowboarders feel that. There are a lot of people who don't connect with each other... It's fine for each individual to do things within their own scope, but I think that if you put your own thoughts on social movements like this, you'll be able to create even greater power. I'm sure there are people who are hesitant about doing this kind of activity, but it's not going to start if you just think you have to do something. I was really grateful for their cooperation.I think that if people and companies that act in various places appear, a greater chain of power will be born.Lastly, I will repeat myself, but nothing will change just by thinking. No. We have to actually make it a reality!”

"What will change the future?"
"we!"
"What do you need?"
"climate justice'
"What do we want?"
"Climate Justice!"
"When do we want it?"
"Now!"
While shouting the complaint.

Before I knew it, it felt like there were more people at the finish line than at the start.Probably because those who agreed with this appeal joined in the middle.

If this continues, I may not be able to do my favorite snowboarding.So I have to do something.But I don't know what to do.But I have to start something now.And now, let's move together with like-minded comrades.
It was a march that I thought from the bottom of my heart. 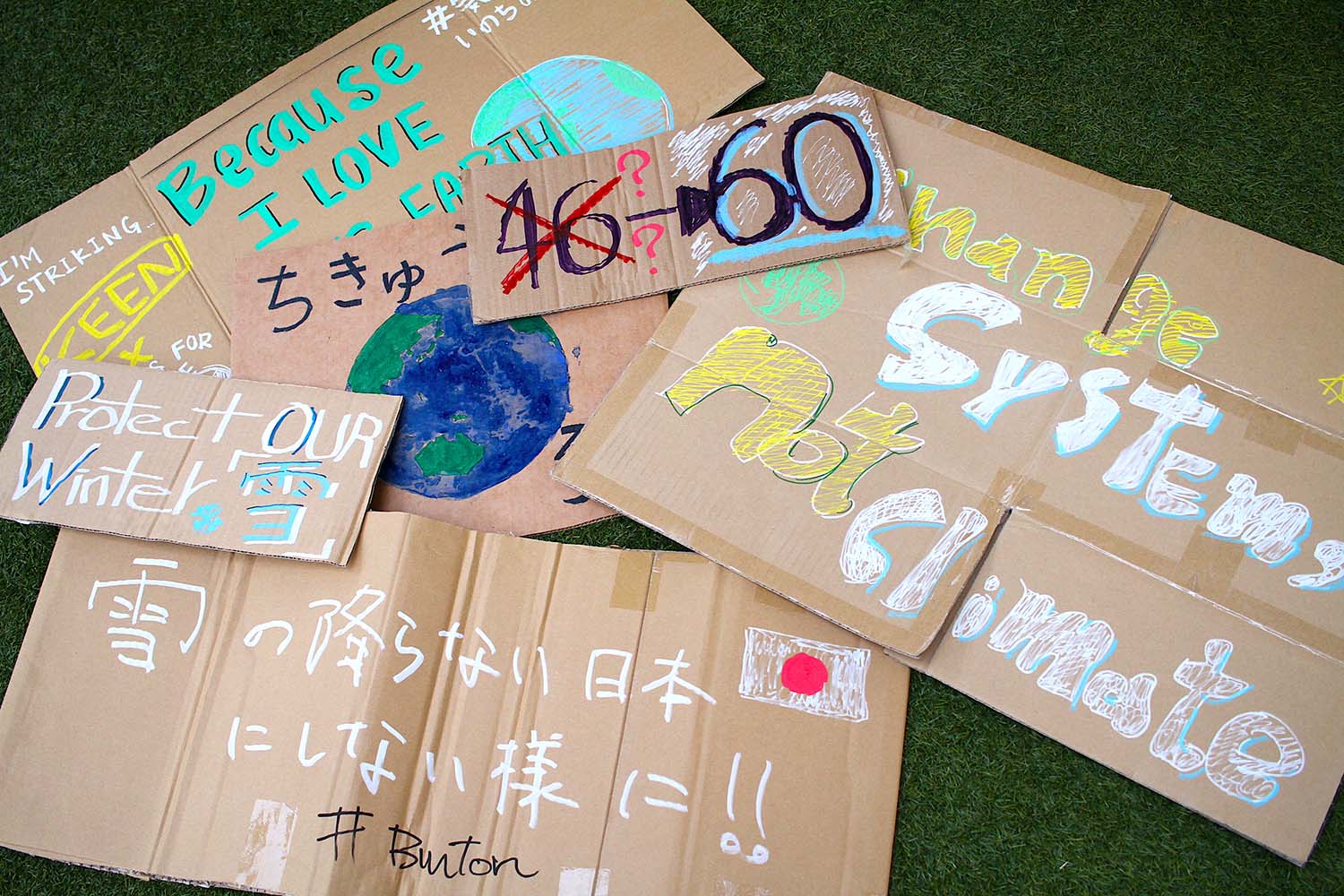 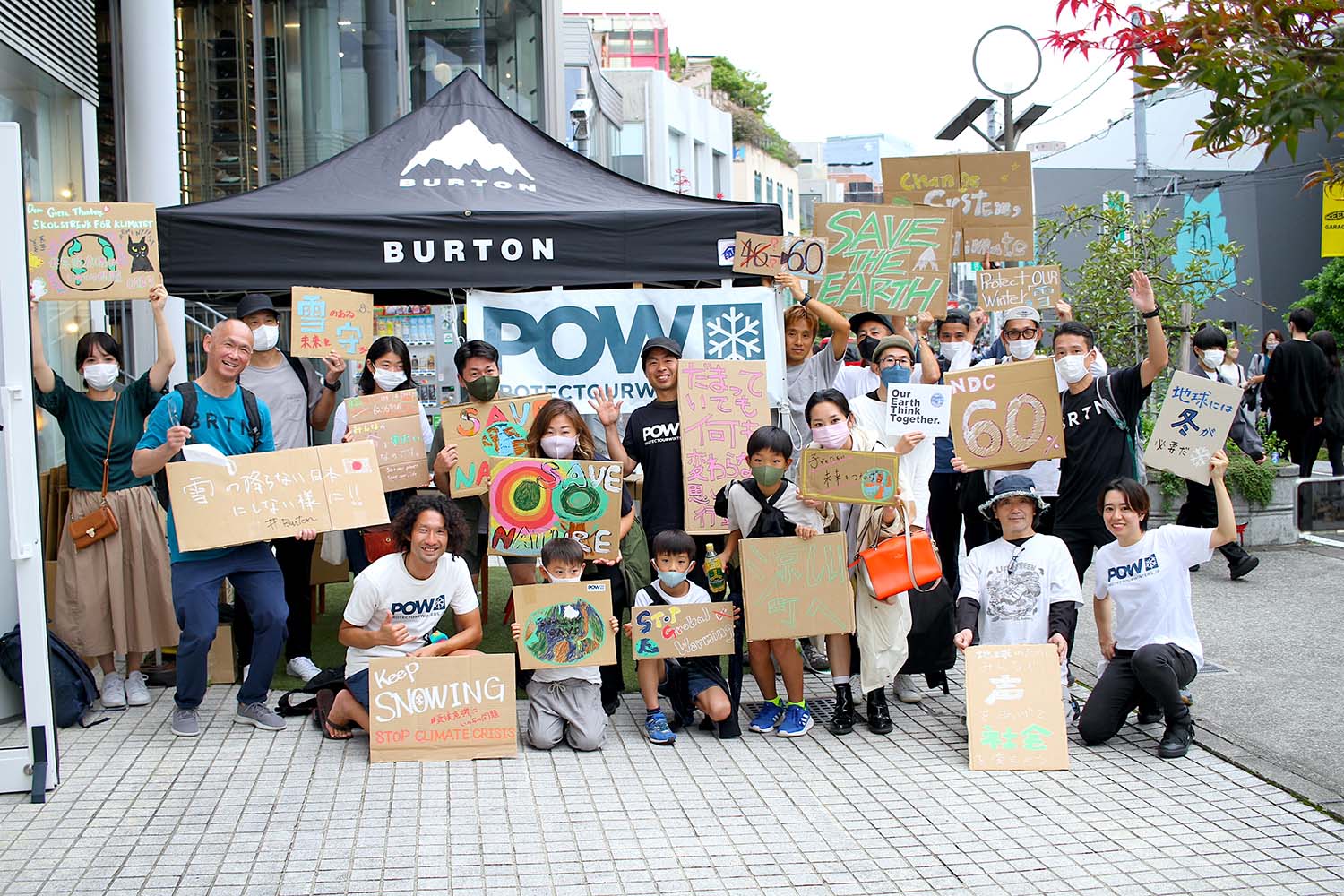