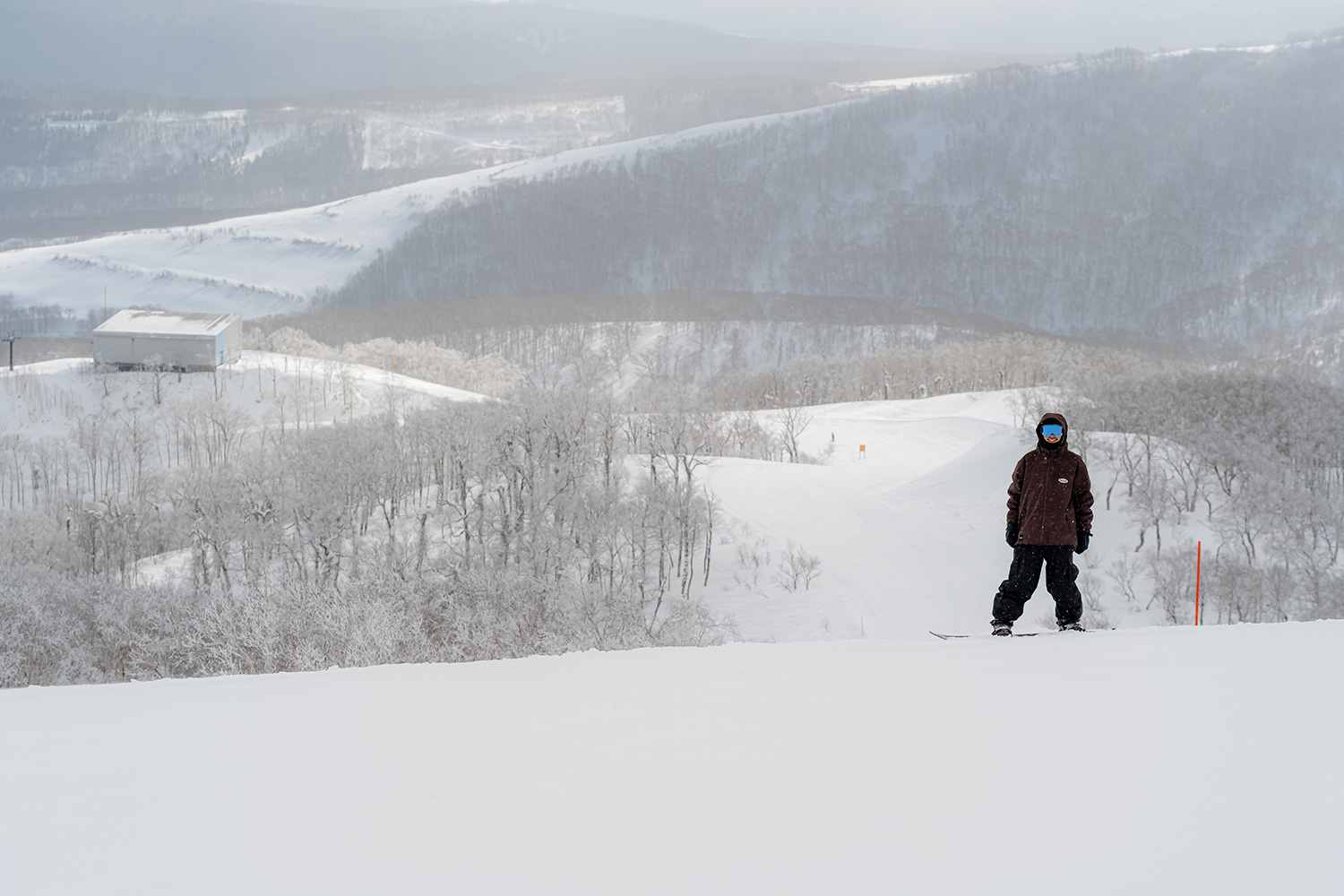 This season, "Freedom Park" at Rusutsu Resort in Hokkaido has been updated to develop a snow park with a different concept that suits the purpose and level.In order to confirm the feeling, Yuri Okubo, who has a riding style full of originality, visited Rusutsu and had him slide down the slope and the park for a whole day.What is his favorite Rusutsu course?And what exactly is a particular kicker and a new concept?
Photo: Neil Hartmann & Jimmie Okayama
Edit: Gaisu

This time, Rusutsu Resort was navigated by the Hokkaido session movie "PURE JAM" by Takaharu Nakai and "INK MOVIE" launched by Kazuhiro Kokubo after playing an active part in the contest scene such as participating in the Pyeongchang Olympics. , Yuri Okubo (hereinafter referred to as Yuri) who has appeared in many famous movies such as "DIRTY PIMP" where top Japanese jibbers gather, and is in the limelight for his ability and originality.Based in Hokkaido and Sapporo, he is a horizontalist who slides in various fields while visiting places with good snow and waves.Yuri, who has a lot of experience at the young age of 21 with a lot of play equipment such as snowboards, surfboards and skateboards, is a shared season ticket for Rusutsu, Teine, Sahoro and Nakayama Pass this season. It seems that he bought it for the first time, and he is currently investigating the terrain of Rusutsu.
"I skated Rusutsu about 5 or XNUMX times this season. Basically, I often skate in Teine, which is close to Sapporo, but I'm aiming for the timing when Rusutsu falls. This is a huge mountain, so there is a gap. If you find it, the powder will always be somewhere, and even if there are people, you can slide without worrying too much. " 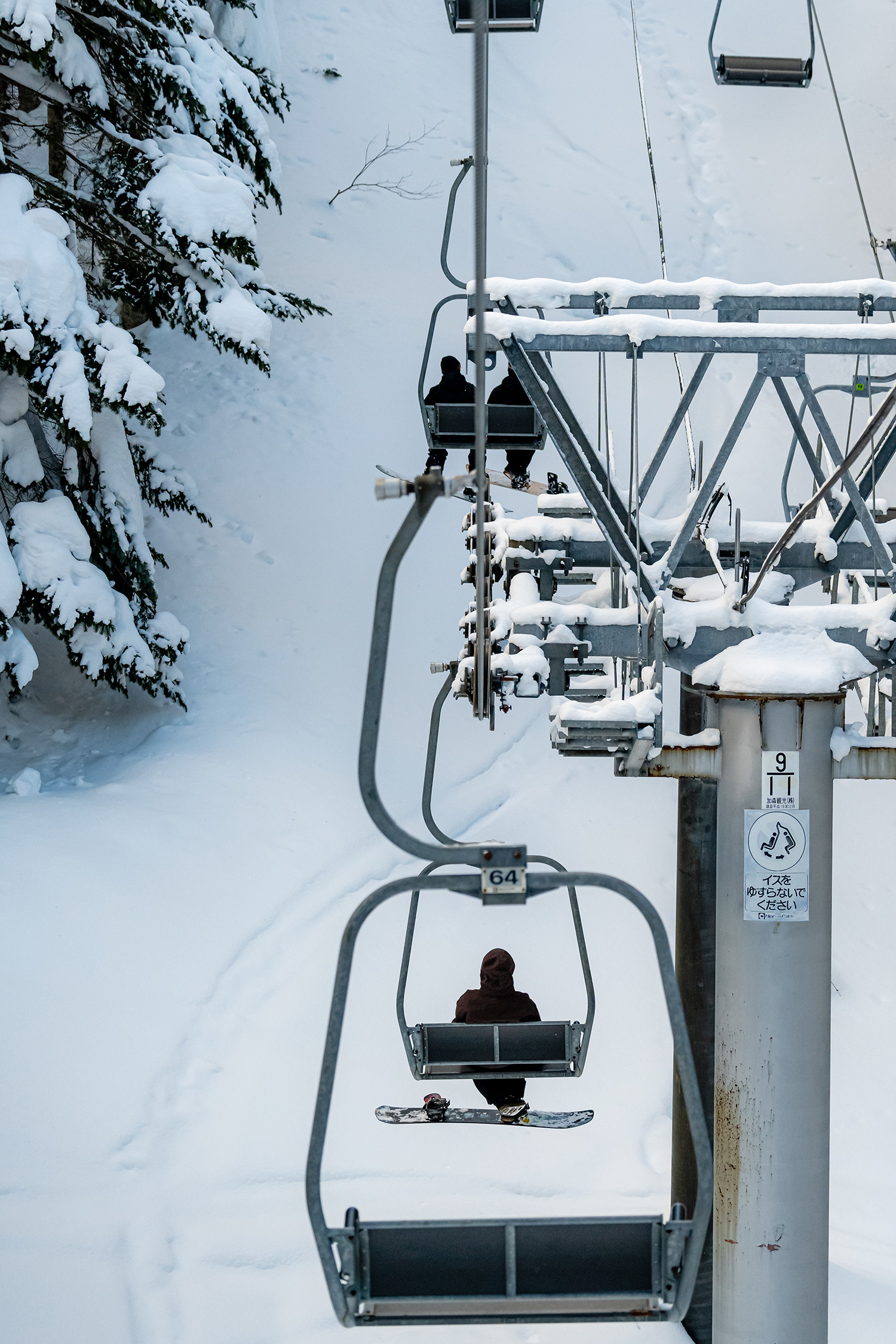 As Yuri says, Rusutsu Resort is divided into three areas: West Mt. On the hotel side, East Mt. On the opposite bank across the road, and Mt. Isola, with four gondola and 3 lifts installed. ing.With a total running distance of 4km, it boasts 14 courses that cannot be slipped in one day.
Then, what kind of line is the routine that slides in Rusutsu of the Yuri style?
"I often go to Isola. I often go to the Heavenly Canyon and the swamp between the A and B courses that drop from Isola to the east side. Basically, I often slip on the swamp. I also like the uncompacted snow sugar at the top. It's like aiming for a place that seems to be comfortable depending on the condition of the day. Sometimes I go, and sometimes I go to the powder zone suddenly, so it depends on the time and the case. "

Of course, I knew Yuri's riding style by watching the contest videos, movies, and photos that arrived at the editorial department, but I was surprised at the skill of free riding technology that I couldn't imagine when I actually saw it live.Yuri who fascinates the slip that you can always ride even in the swamp terrain and the bank on the slope side.Then I asked him what kind of terrain he liked on the slopes.
"I like the swamp terrain because both ends are walls, so I like it. If I slip on the slope and there is a bank, I want to go. If there is a side hit, I will fly, if there is a bank, I will hit it. I feel like I'm skiing every day while exploring interesting terrain. I like the tree (self-responsibility area), I can enter if there is a park, and I like skiing all round. " 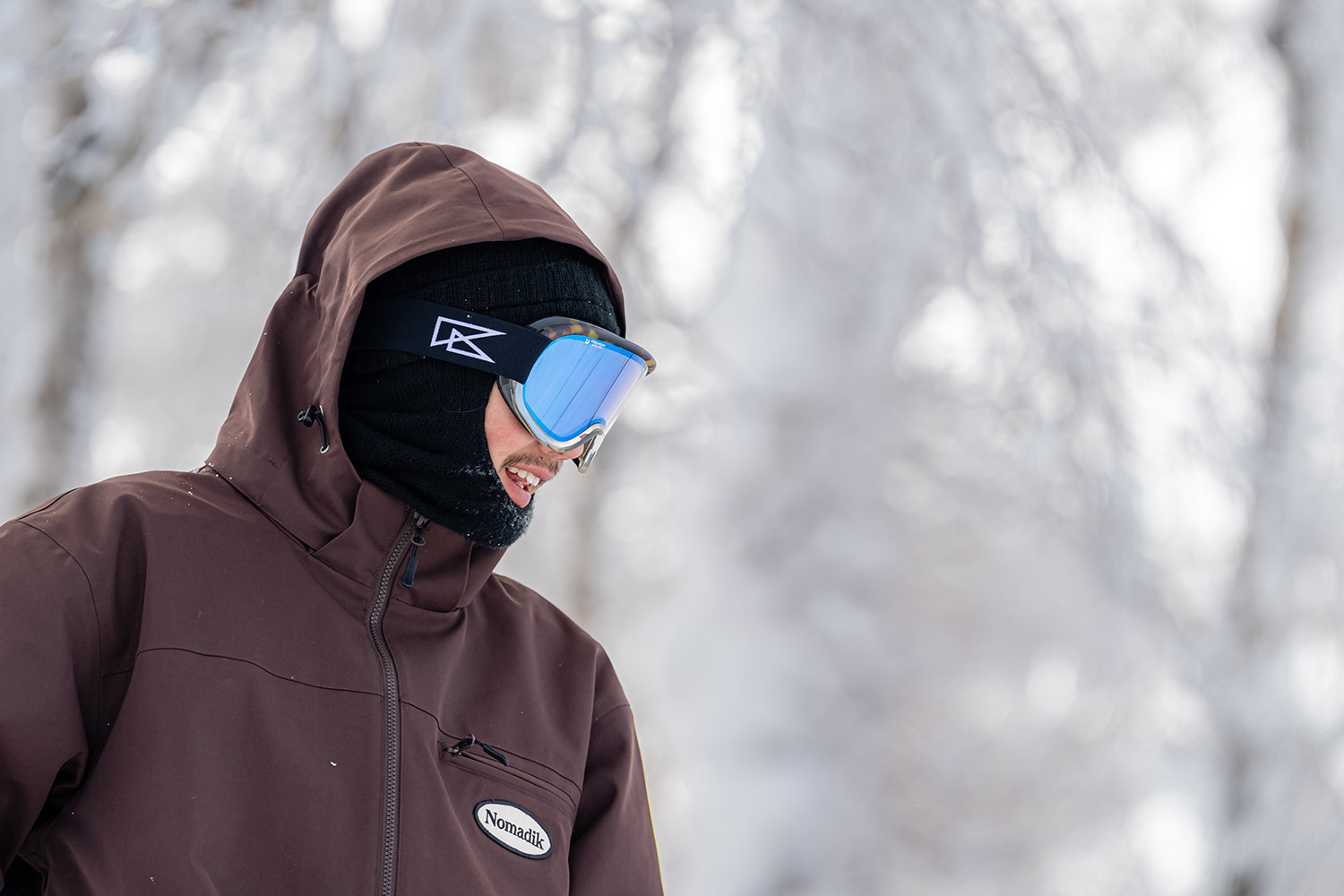 This season Rusutsu is also focusing on the park.At West Mt., we have developed a "side country park" for non-compacted snow slopes and advanced users, with jumping platforms and rails using natural logs installed in the forest beside the course.And, in East Mt., we have developed "Freedom Park" which is the main park of Rusutsu, which has an easy lane for beginners and an expert lane for intermediate and advanced riders.In addition, it is said that a new bank crane will be added this term to play with top-to-bottom while making the best use of the terrain.

The upper bank wasn't in time for this shoot, but there was a beautiful bank on the slopes of the advanced kicker and in the middle of the park.Yuri has been fascinated by natural jumps for the past few years.He said it was the first time this season to run a freestyle park, but he was a freestyler.The stylish 360 and 720 with plenty of room were delivered to the front and back sides, and they fascinated me firmly.Yuri, who has skated in snow parks all over the world, described the feeling of skating in this "Freedom Park". 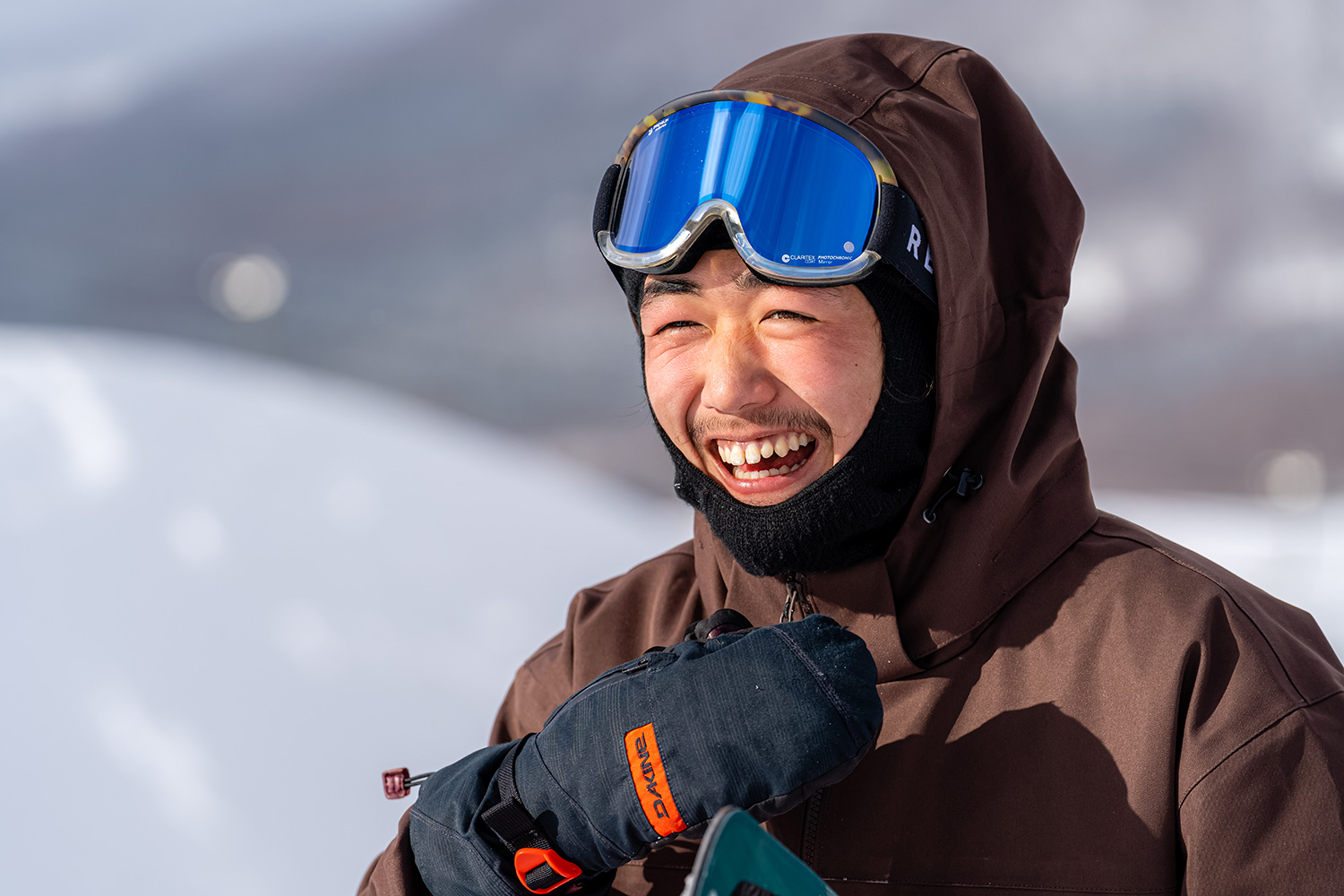 "It was really fun. The jump was nice and the kicker was easy to fly. The shape of the lip is pretty important because the jump is decided by the lack of the lip. Landing is also important, of course. If I couldn't jump out before that, I wouldn't be able to decide on a technique. In that respect, the lip of this park was perfect. And the flow was good. I made two jumps and put it in the bank below as it is. It was good that the slope next to the kicker was also a bank properly. I like various walls, terrain play and free run, so I cherish the flow quite a bit. I like it. It seems that the bank on the left will grow in the future, so I'm looking forward to it. " 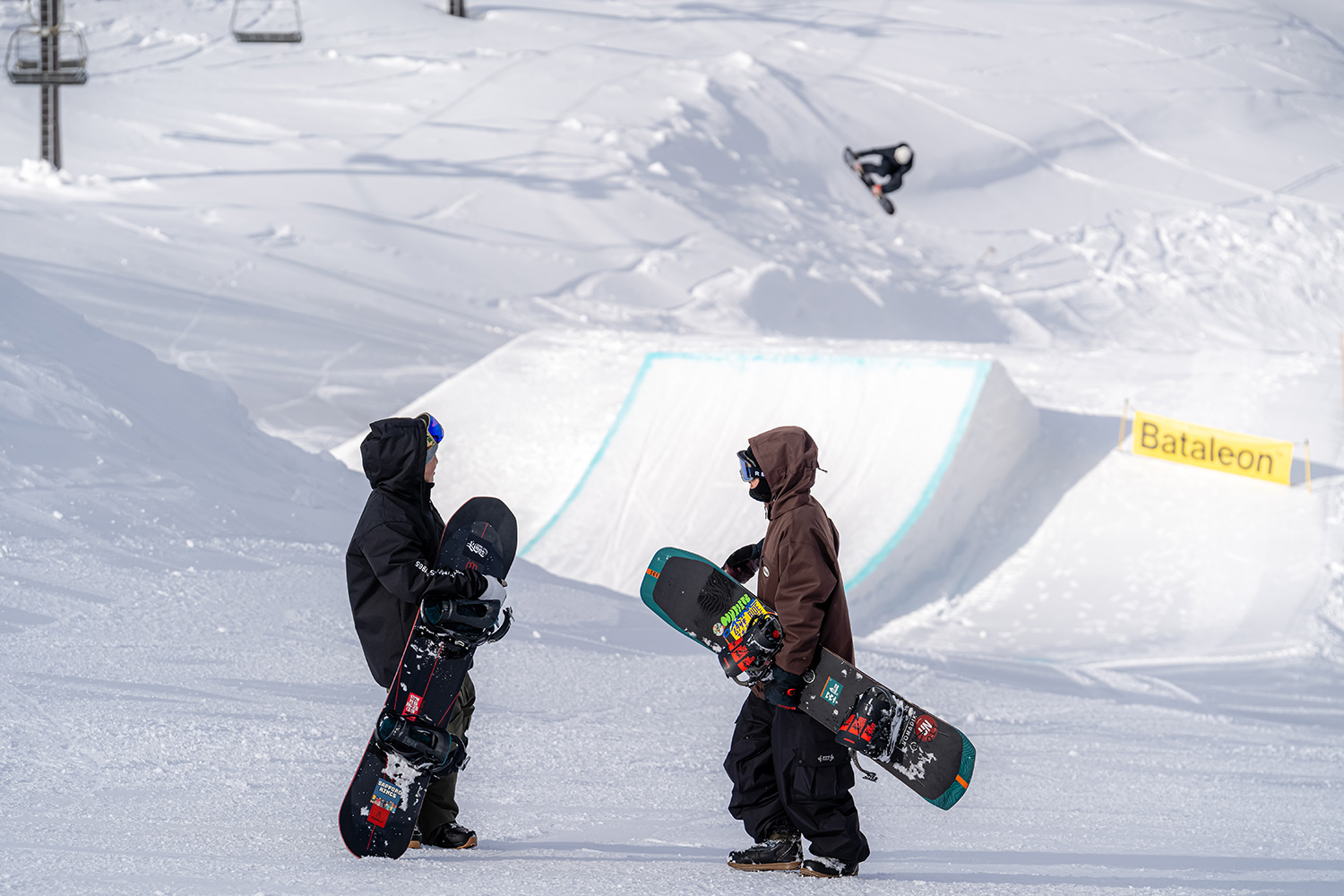 Rusutsu's "Freedom Park" is designed by Motoki Yamamoto (HOKKAIDO BASE), who is involved in Rusutsu's park production and slope snow compaction work in winter, and also manages Sapporo Kings.Originally, he had a connection with Yuri, and of course I saw him slipping up close, but it seems that he felt his skill again in this shooting.
"After all, the skiing in the park is good. I often come to Sapporo Kings and watch slipping, but his jump on the snow was exceptional."

Mr. Yamamoto has been involved in Rusutsu's park design for the eighth year this season.I heard the concept of "Freedom Park" again.
"While consulting with the ski resort, we laid out a fusion of elements that can be enjoyed by elderly customers who like turns, such as carving of Rusutsu, as well as advanced skiers. The upper kicker is 12m in the advanced lane. The bottom is about 13m, and I'm thinking of making it a little bigger depending on the snow conditions in the future. The beginner lane is currently equipped with two kickers and rails that are about 5m at the top and about 2m at the bottom. I'm planning to install about 2 BOXes. After that, I plan to install rails on the upper part next to the big kicker and gradually increase the number of items toward spring. "

"Freedom Park" where Yuri pushes the drum.What is the point of Mr. Yamamoto's commitment?
"Is it said that the base of the kicker is firmly piled up and the lip is gentle? I am very particular about making it easy to fly. I also run Sapporo Kings and play with the lip all year round, so that I'm thinking about sticking to the area. If the snowfall increases a little more, I'd like to make a platform this year and make it a bank course that can flow from top to bottom. I'm thinking of doing it with cooperation. When the bank actually becomes beautiful, customers who like that kind of terrain will come home. "

One of the attractions of Rusutsu is the finest grooming barn on a wide range of courses.Many slippers, including Down Chill, are polishing their turns every day here.And it is also characterized by the abundant terrain that Yuri also likes."Freedom Park" has a section that is fully satisfying for genuine freestylers while fusing those characteristics.I hope that it will continue to lead the park scene in Hokkaido. 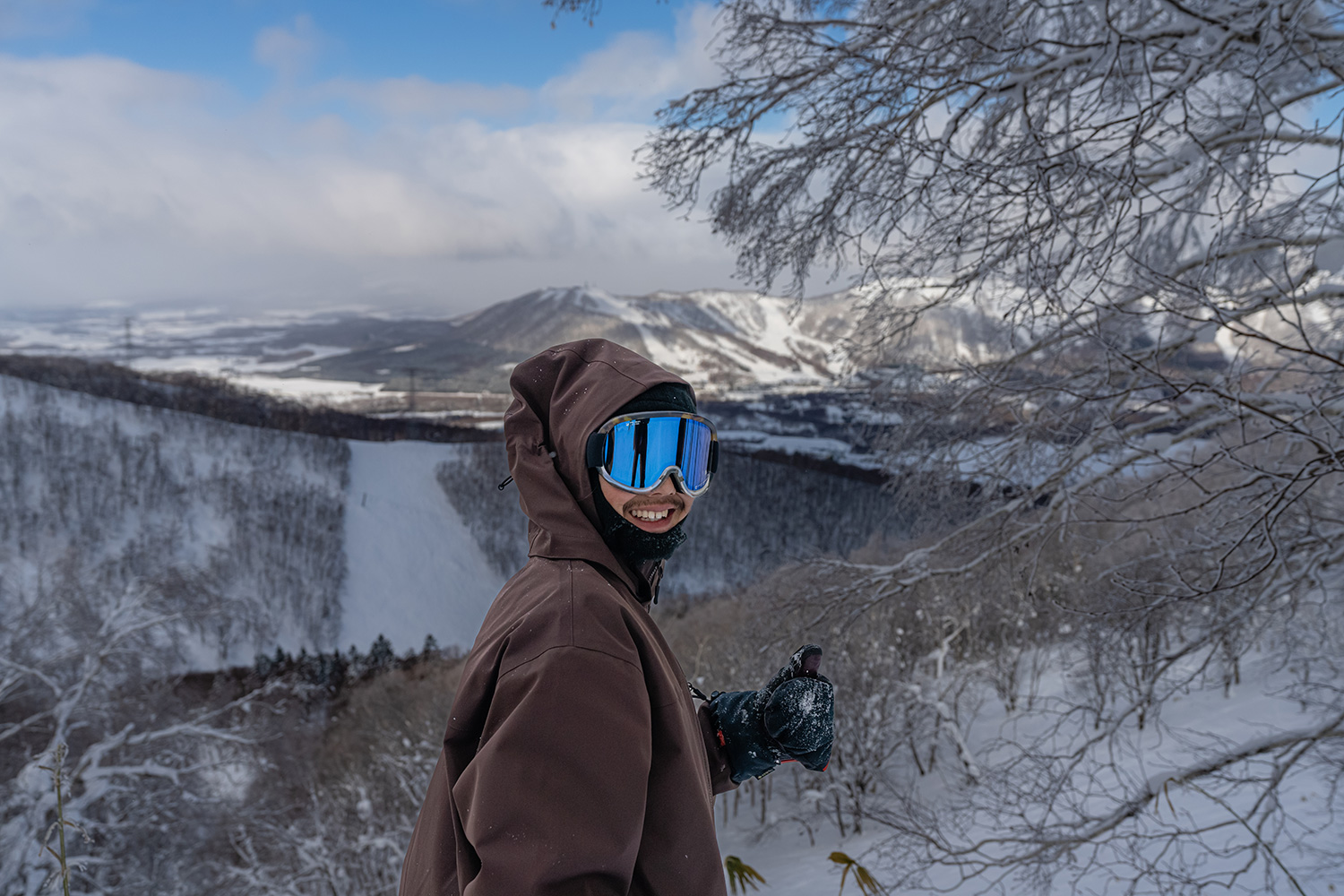 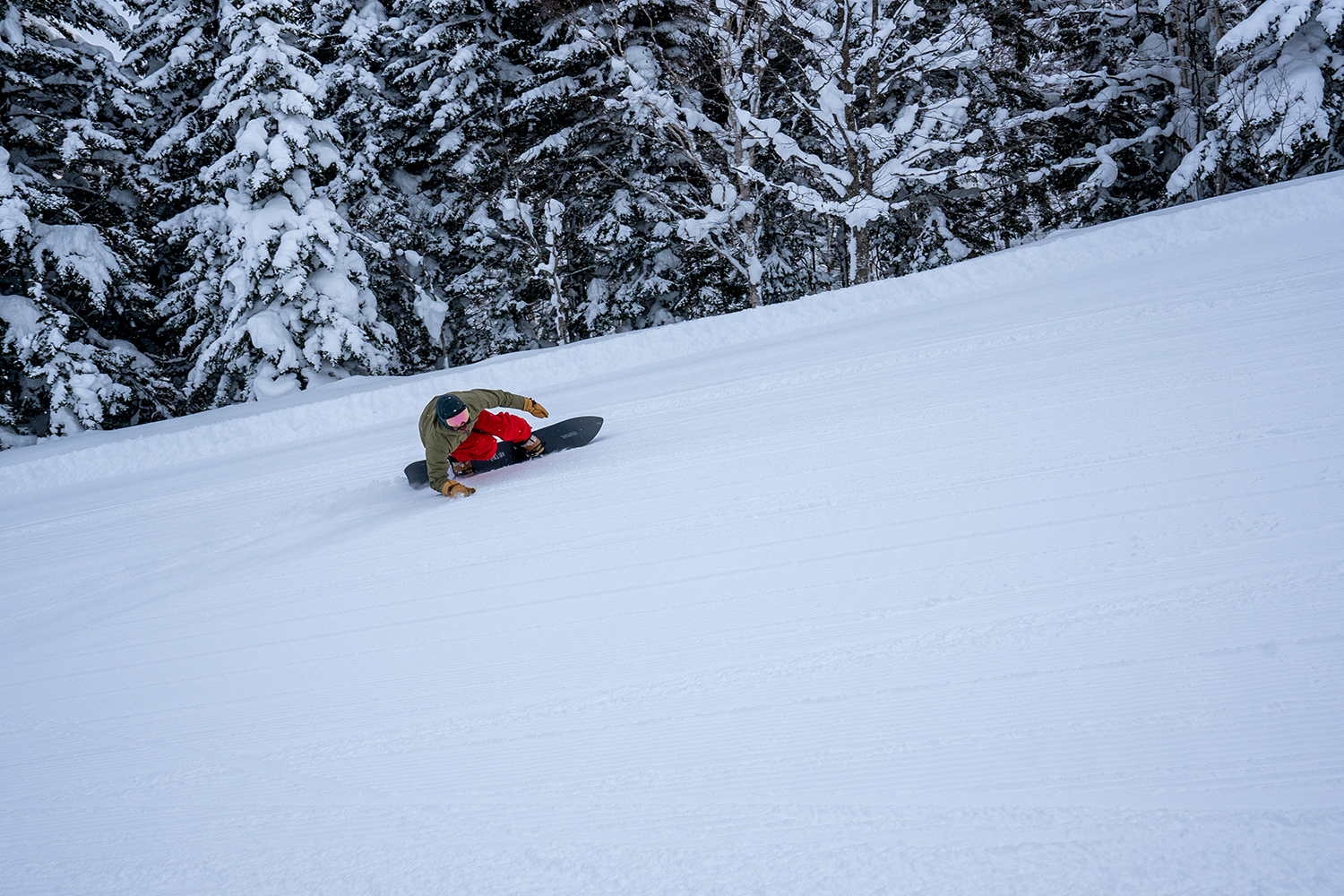 A video work born from the pure session that Takaharu Nakai wants ...