Palcall Tsumagoi Resort, which started operations this season on Saturday, December 12th.The "reincarnation" of Palcall Tsumagoi has already been talked about here and there, but by increasing the altitude and the power of artificial snowfall, aiming for long-run sales and developing a large-scale snowboard park, "Palcall Tsumagoi" has been talked about until now. A new project is underway with the momentum to captivate the snowboarders who said, "What prefecture is the resort in?" By the way, Palcall Tsumagoi is about 11 minutes from Karuizawa Station.Located in Gunma prefecture, the summit is 50m high.You can also see the sea of ​​clouds above the clouds in the base area.

What is the new sensation park "R" produced by Ryo Aizawa?

"The strongest snowboard park in Japan" The biggest topic in the 2021-22 season is probably the creation of a park with Ryo Aizawa as the producer. Palcall Tsumagoi's powerful park strategy with the concept of "re-proposing the slopestyle that is also recognized in the Olympic Games for all age groups and all levels".Palcall Tsumagoi opened 35 years ago in Tsumagoi Village, Gunma Prefecture, which is famous for cabbage.At the time of opening, we were talking about the longest gondola in the Kanto region and the highest altitude in the Kanto region, but gradually toned down.In recent years, probably many people have been hiding in the shadows as "forgotten" or "unknown" ski resorts, but from this year they have made a big turn and are attacking at once.
The sunny weather rate, high altitude, and the power of artificial snowmaking in Palcall Tsumagoi will have a great influence on the park strategy. "When I arrived here, I thought that this location would be a big advantage. I like it if I have a powerful artificial snowmaking machine and an impossible low temperature here, because each item will not be buried due to less natural snowfall. At any given time, I realized that it was possible to snow as much as I wanted, and at the minimum energy cost, "says Sugawara, the general manager of all ski resorts and hotels.And as a result of thinking about what parts are needed in addition to this privileged location, the answer led to Ryo Aizawa. "Most of the ski resorts that are said to have good parks, both domestically and internationally, have many" high-quality parks for advanced skiers, "and I want to break through that." A park image considered by Ryo Aizawa, who has established a solid position as a professional rider.As for the keyword, "fun" is the highest priority. "Snowboarding has only been a series of fun experiences since I started. It's still the same as it used to be. And items that I haven't experienced in Japan by sliding in various places in the world ... I can flow all of them, and everyone from beginners to advanced players I want to make it a park where you can enjoy yourself. " became. "The park that left an impression on me is still Peace Park. Weird items and bold layouts. Of course, the real Peace Park is like a professional rider, but I want to incorporate that taste and flow well." From this season, Palcall Tsumagoi Park Even if Nobuo Otake, who is in charge of the builder, looks at the jib items that are already being produced for the start, it can be seen that Ryo's feelings are reflected there. At the end of December, items that everyone can enjoy purely at the new Palcall Tsumagoi Resort and compete for style will appear on the A-12 course of the first highway.The location of the park is along the lift, which is the most main street in Palcall Tsumagoi and has a distance of 1m.It is a layout that is possible because it is completely rider-driven Palcall Tsumagoi.The jump is 1 to 1,000 meters in size that anyone can enjoy, and the area with a new sensation consisting of about 2 items such as volcanoes, spines, and banks is a new park image with strong feelings of Ryo Aizawa and Palcall Tsumagoi.Its name is "R", so stay tuned.

While "R" is positioned in all directions, the two parks that appear in different areas are royal road parks for those who aim to step up. The park, which was called "Infinity (= infinite possibilities)", welcomes Nobuo Otake, who is highly regarded as a park producer while playing an active role as a professional rider, as an operator, and items with a high degree of perfection are lined up in a row.The size of the jump is 2 to 10m, which is the easiest size for intermediate and advanced players to practice.Coupled with the traditional park layout, it plays a role in both ends of Palcall Tsumagoi's park strategy.Infiniti is located on the B-15 course in the Baragi area on the left side of the ski resort, which has a vast width.Items installed at each position should be able to enjoy the best floating feeling combined with the feeling of slope.Moreover, the layout mainly along the 4th high-speed lift is full of attention, so even if it is above, motivation will rise.Palcall Tsumagoi has a high altitude and the snow quality of the artificial snowmaking machine is quite dry.There are few days when the temperature rises above 4 degrees Celsius during the season, making it difficult for ice burns to occur, providing tight snow. "The image is a tight park like Colorado Aspen where the X Games are held. If possible, I want professional riders as well as the general public to come to practice. The conditions are always stable." Domestic Infinity that will be a park located at the highest altitude. Under the blue sky that appears with an 0% probability, it has infinite fun to fly in the scenery far from Japan that spreads out below you.

A long time ago, there was always a "hike-up park" at any ski resort.I always want to enjoy jib.I still want to play before and after the park opens!Based on the request, a 24-hour mini park was set up in front of the hotel.The difficulty level of the jump is set as low as about 3m, so even beginners of freestyle can enjoy it.You can challenge as much as you like while illuminating with the special night game lighting installed in the hotel building.If you arrive early in the morning, start with a warm-up until the gondola opens, and let's play down in the Tsumagoi style where you can enjoy the park from morning till night. 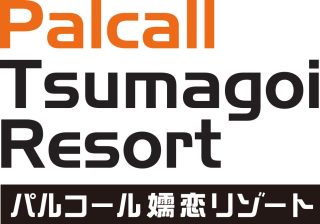 All generations & all levels of slippers enjoyed! UZ ...