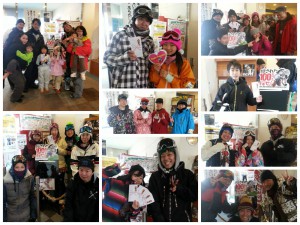 There are only a few weeks left for the 3-14 season at Norn Minakami in March.

Featured project of this season

So far, 77 yen has been in the hands of the discoverer!

Who is your next discoverer?

We are waiting for your challenge.

Today's hiding place is ...
For more information,http://www.norn.co.jp/Click on the 20th anniversary project banner

A beautiful rye that is ideal even in Big Mountain as a return to the origin ...