At Hoshino Resorts, we have fully supported the activities of professional snowboarder Miyabi Onitsuka even before the Pyeongchang Olympics were held.Hoshino Resorts Alts Bandai has set up a world-class park "Miyabi Park" at the request of her, based on the idea of ​​aiming for the world together, not just supporting players as a general company, before the tournament. I have continued to fully support the practice.And in line with Onizuka's schedule for the Beijing Olympics this season, which will be the Beijing Olympics year, we have been aiming to complete "Miyabi Park" early in the season, which can be said to be impossible with the usual park construction method at Alts Bandai. rice field. 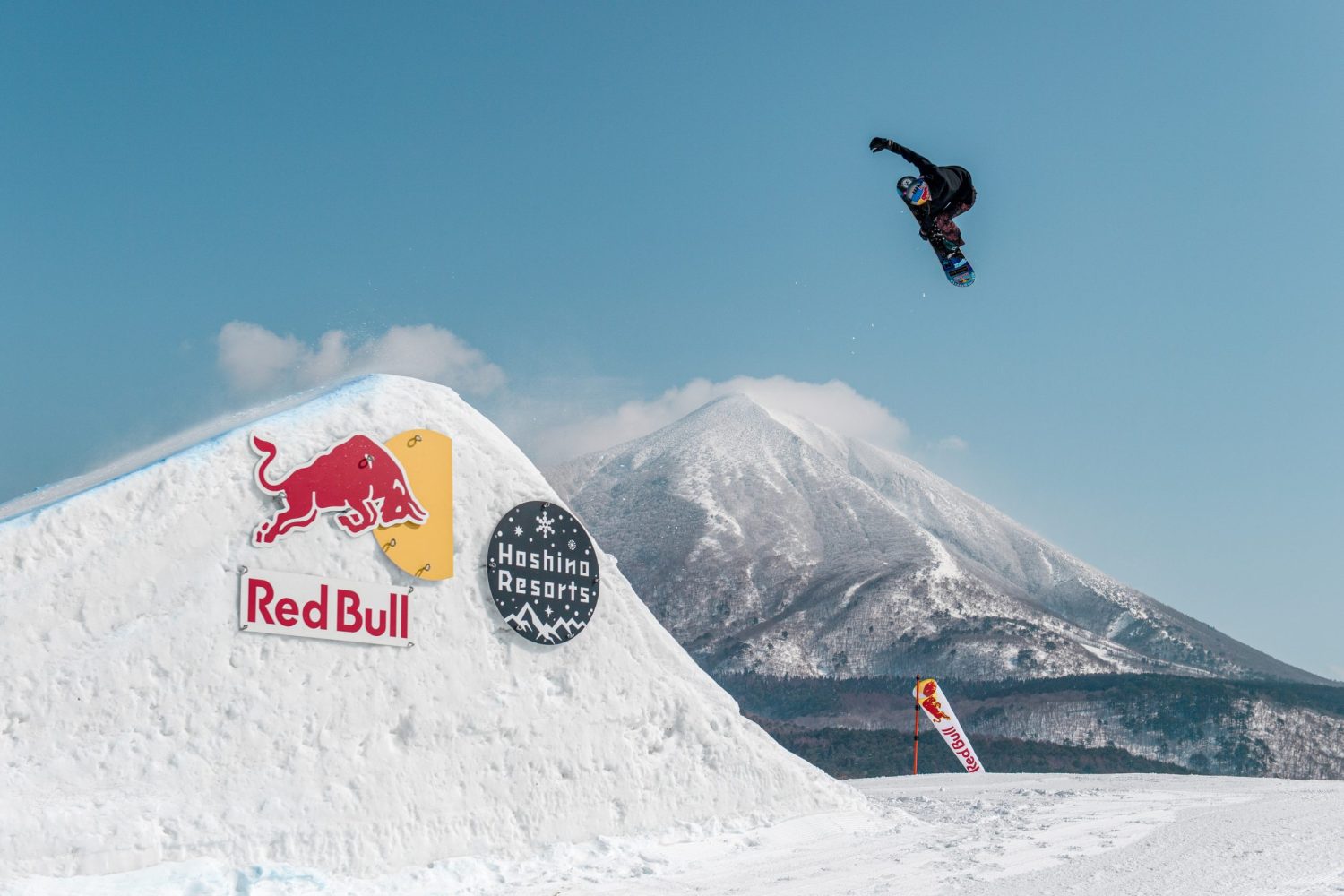 The only way to create a world-class kicker early in the season, when there isn't enough snow, is to build a foundation for the kicker.Therefore, long before the snow began to fall at Alts Bandai, a large-scale earth-filling work was carried out on the slope where the kicker of Miyabi Park was installed, which cost tens of millions of dollars. The park creation team has faced the difficult task of moving the snow that had fallen to some extent in early December from a high position on the mountain by more than 12 km.
All to meet Onizuka's request to practice intensively at Miyabi Park in early January to improve the perfection of his own cab double cork 1.
However, with the spread of coronavirus infection, the problem of the Omicron strain, which is a further threat, has made it more difficult to travel to and from overseas, and we have to give up the last-minute practice at Alts Bandai.
Miyabi Onitsuka left the 3rd place in the big air of X GAMES the other day, and while grasping the response to Beijing, he headed directly to Beijing from the United States where he was staying today (January 1).
And at this timing, a press conference was held in a hurry connecting the United States and Alts Bandai. 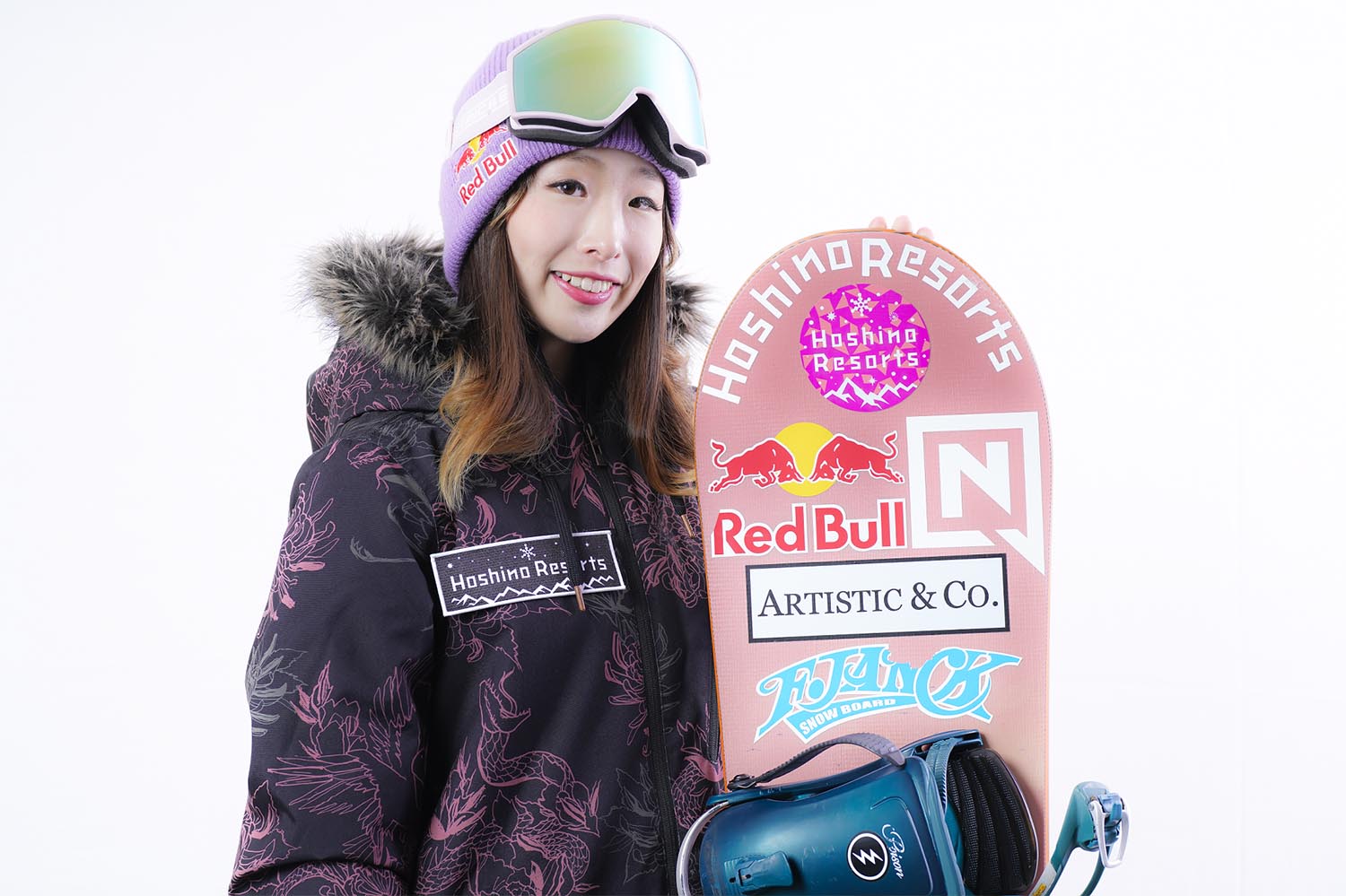 She left Japan in December, toured overseas tournaments such as the World Cup, and trained on-site. As a result, she decided to enter Beijing instead of returning to Japan.After entering Beijing, the only opportunity to practice on the snow is slopestyle open practice, and until then, only basic training at the place of stay is possible.It can be said that it is a difficult situation for players.
There must be great anxiety about how to maintain the current feeling toward the production.However, today, Onizuka firmly conveyed his bright smile and positive thoughts to the media as usual.
"I want to be able to put out all the power I have cultivated through my hard work. I hope to be able to slide to impress everyone from the first person who sees snowboarding. I want to get a gold medal and come back. "
At the press conference, messages of support from Hoshino Resorts staff from all over Japan were delivered, and I realized that they would support me, "I had a desire to work harder," said Onizuka. I left a comment while feeling passionate.

Onizuka's practice just before the Olympics did not come true as a result, but this season's Alts Bandai is at the world level of 20m class, and in order to improve safety, the difference between the takeoff and landing knuckle parts is small, and the slope of riding A kicker with sufficient length is completed.Miyabi Park will be open to the public every Thursday, Friday, Saturday and Sunday from February 2rd to 3th as a "global park" for top-class snowboarders in Japan who have tough overseas expeditions for practice due to the corona. Was announced.
Of course, this park is not a level that anyone can easily enter, but it is also a valuable opportunity to see a session with a huge kicker created by Alts Bandai who continues to challenge to the world level with Onizuka.
Enjoy a jump session with a world-class kicker while enjoying the parks that you can easily enter, such as the parks that can be washed away and the step-up parks for each level.

Overview of "Global Park"
■ Period: Every Thursday, Friday, Saturday and Sunday from February 2022rd to February 2th, 3
■ Time: 10: 00-15: 00
■ Fee: Free (a separate lift ticket valid on the day is required)
■ Remarks: Users are required to fill out a consent form.Please apply at the information counter on the day
* Time and period may change depending on the weather.

Preparing with the support of various people, Beijing Oh ...