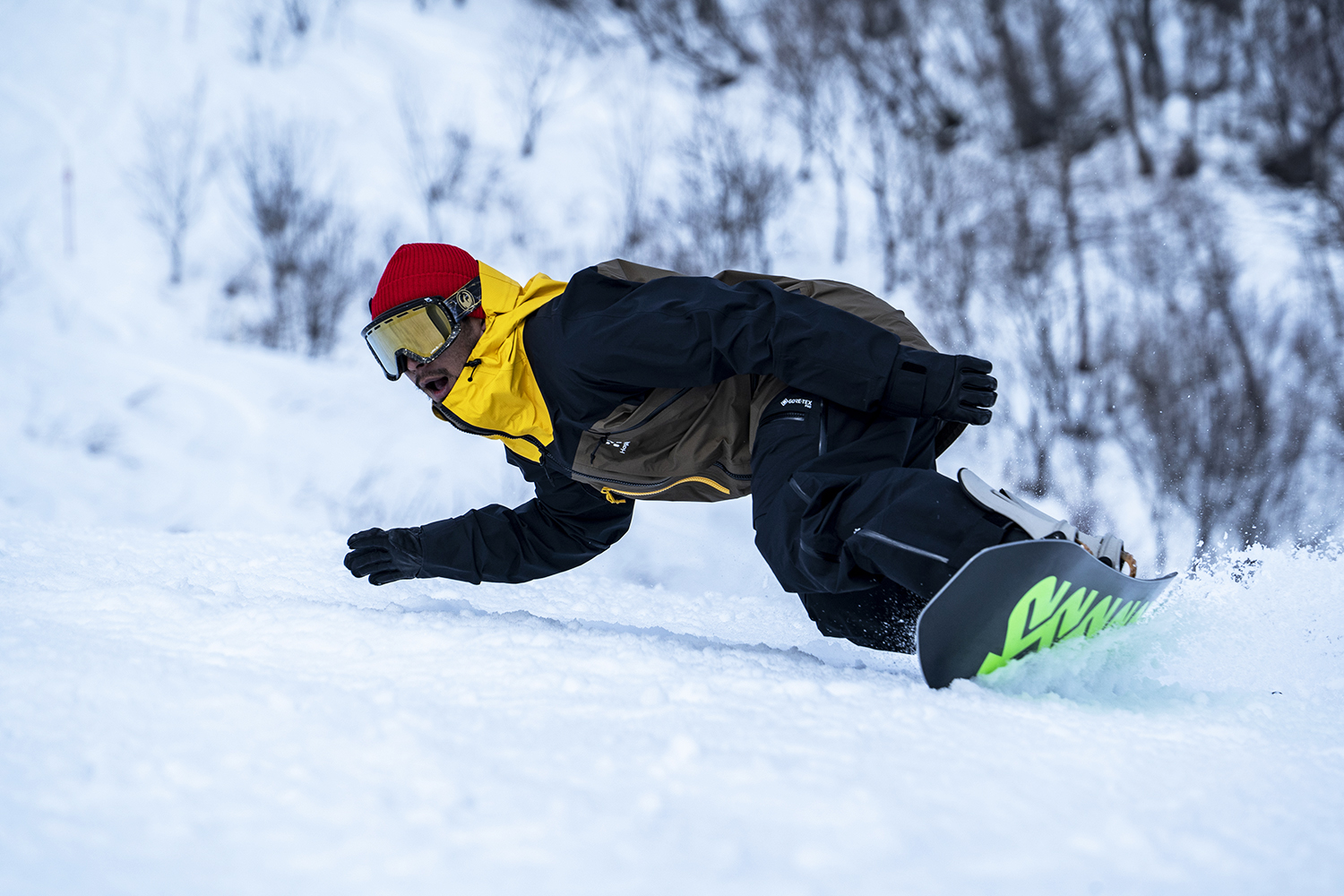 From the air that goes out to the fullest of the style, the board handling that skillfully plays the characteristic terrain of Hakuba.And Keita Yamazaki who embodies all-round snowboarding up to the line in the steep mountains.In this project, we asked "Party Platter Japan Limited", which joined the new lineup of K2 this season, to slide down in the Hakuba field and hear its feeling.
Photo: Go Ito 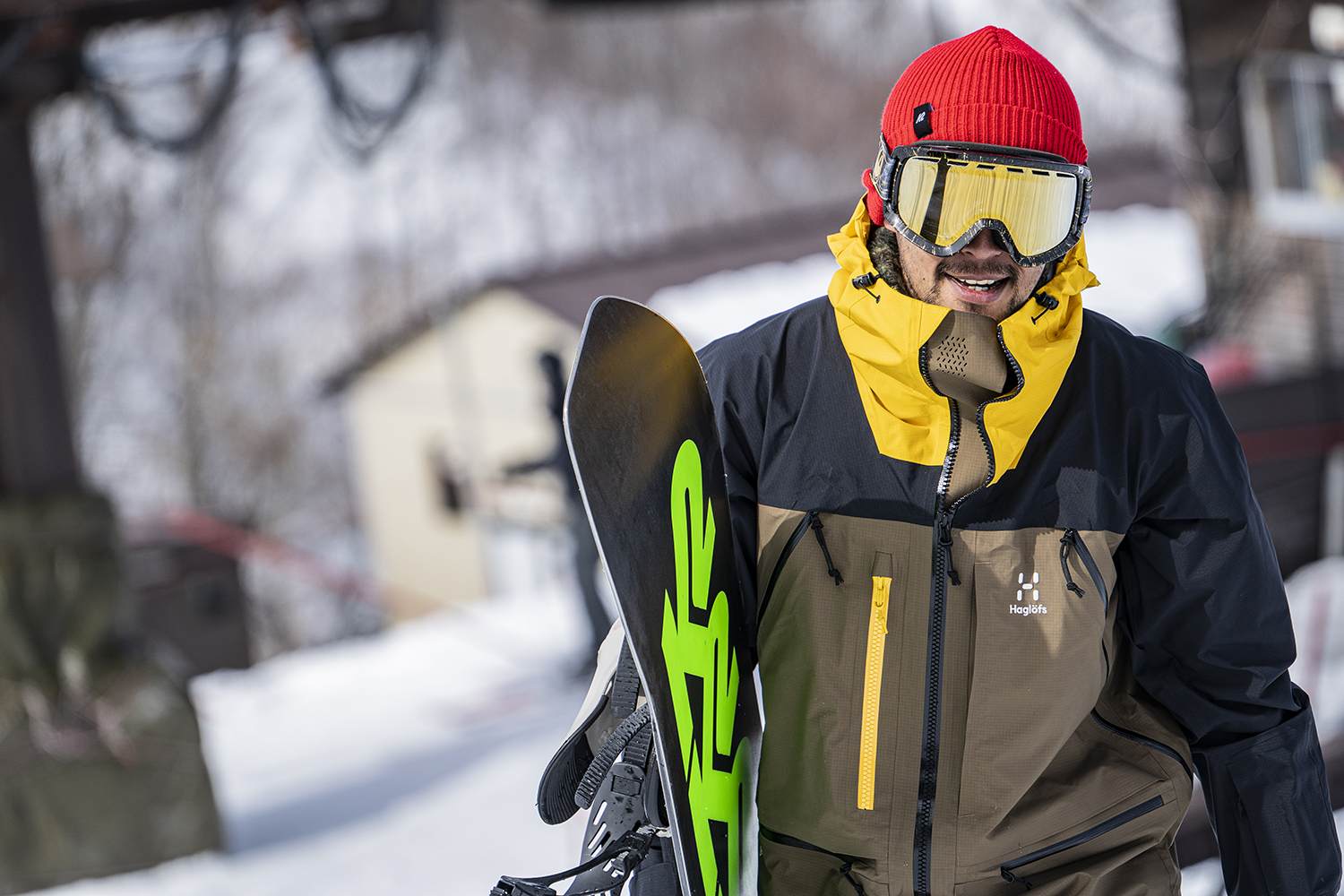 The charm of PARTY PLATTER

Keita Yamazaki (hereinafter referred to as Keita) who decorated the cover of this issue, FREERUN December issue.He is one of the original members of the HACHI crew, a mountain freestyle group active in Hakuba, and is also active as a member of a band called SWELL.On both sides, the winter Hakuba scene is lively, and his riding and lifestyle with a unique sensibility fascinates the viewer. In 12, I remember winning the FWT (FREERIDE WORLD TOUR) Japanese qualifying FWQ held at Happoone, which is also my home.
We asked Keita, a rider who is getting a lot of attention right now, to do a feeling test on the board of "PARTY PLATTER LTD" which will be newly developed from K2 SNOWBOARDING this term.This model is Japan Limited of "PARTY PLATTER" which has been gaining popularity in recent years with the all-terrain board created at the request of K2 team riders.It will be the latest model developed for more Japanese snowboarders.Keita himself is also a regular model, so first ask why he chose PARTY PLATTER.

"Last season I was riding a PARTY PLATTER 157 cm. Before I got on this board, I chose a directional board with a short tail, but when I was looking for a board that fits my style now, I chose this model that can slide on a powder board even in a switch stance. The nose shape is well-balanced, and the shape of the board changed from flat to camber from last season, so I decided on this. There is a repulsion, and you can leave yourself more on the turn, I really like that repulsion. The part I like about the ride is that it feels good on the turn and you can play on the terrain. It's an all-land place. The 157 cm I was riding is the longest size, so it's a little over spec for my height (165 cm) and weight (62 kg), but Hakuba's tough field Then I thought I needed this size and used it as a trial. I could fit in a tight tree, and even with that size I could control the board at all. "

"PARTY PLATTER LTD" released only in Japan this term.The fiberglass of the "PARTY PLATTER" mentioned above has been adjusted, and the flex has been softly improved so that Japanese snowboarders can use it more easily.In other words, it has a "softer" characteristic.Available in sizes 152 and 147 cm, Keita actually used 152 cm this time.What is the potential of this board?

"The impression that I got on JAPAN LIMITED was that I felt a little soft feeling, but the tension of the board remained properly. I did not think that the original PARTY PLATTER itself was so hard, so this model itself I felt that the concept I had was the same, and I felt that I was focusing more on ease of handling. It was a board that was quite good, so manual tricks using the bending of the board were especially easy to do. "

Hakuba, which Keita's main field is, has the impression that it is a relatively steep mountain and has many tough slopes, but in terms of the shortness of 152 cm and the softness of JAPAN LIMITED, is there any problem in riding?

"It can be used well with Hakuba. It's shorter than a general board, but it has a fat outline and a thick waist, so there was no problem with buoyancy with powder, and it can be knocked down firmly to the extent that the binding does not hit even on a carving turn. Because of the thickness, I can rely on the board, and while maintaining the stability in speed and landing, I think that the ease of handling the nose and tail is especially made for Japanese people. However, it does not mean "soft = unreliable". In the scene where I am doing B3 indie in a depressed terrain, the landing is bumpy and ticking, but I was able to land at all. "Soft but stable" I think it suits the Japanese body shape and riding style, and it is recommended for playing all-round on the terrain. I also like the old-fashioned graphic design. Logo design In addition to the classic, the fluorescent colored sole will stand out when tweaked with air. " 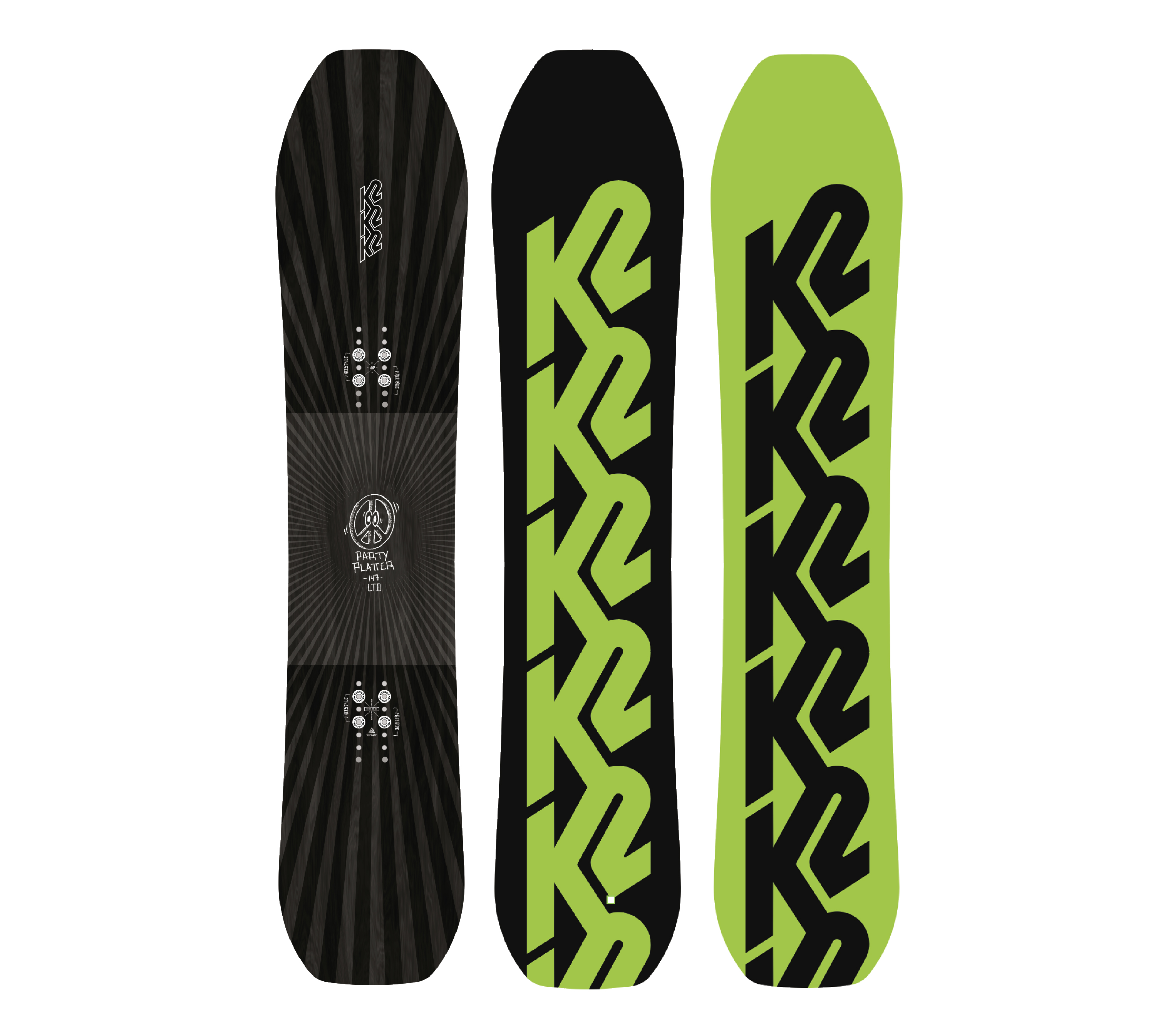 PARTY PLATTER LTD
LJapan Limited has softly adjusted the flex so that the popular party platter can be used more familiarly.At the same price as the regular version (138, 142, 147, 152, 157 cm), you can choose according to the flex preference of the slipper.A simple black base color is used for the deck graphic, and the fluorescent green color stands out for the sole.For small people and women, 138, 142 cm is available in pink color like ladies at the same time. 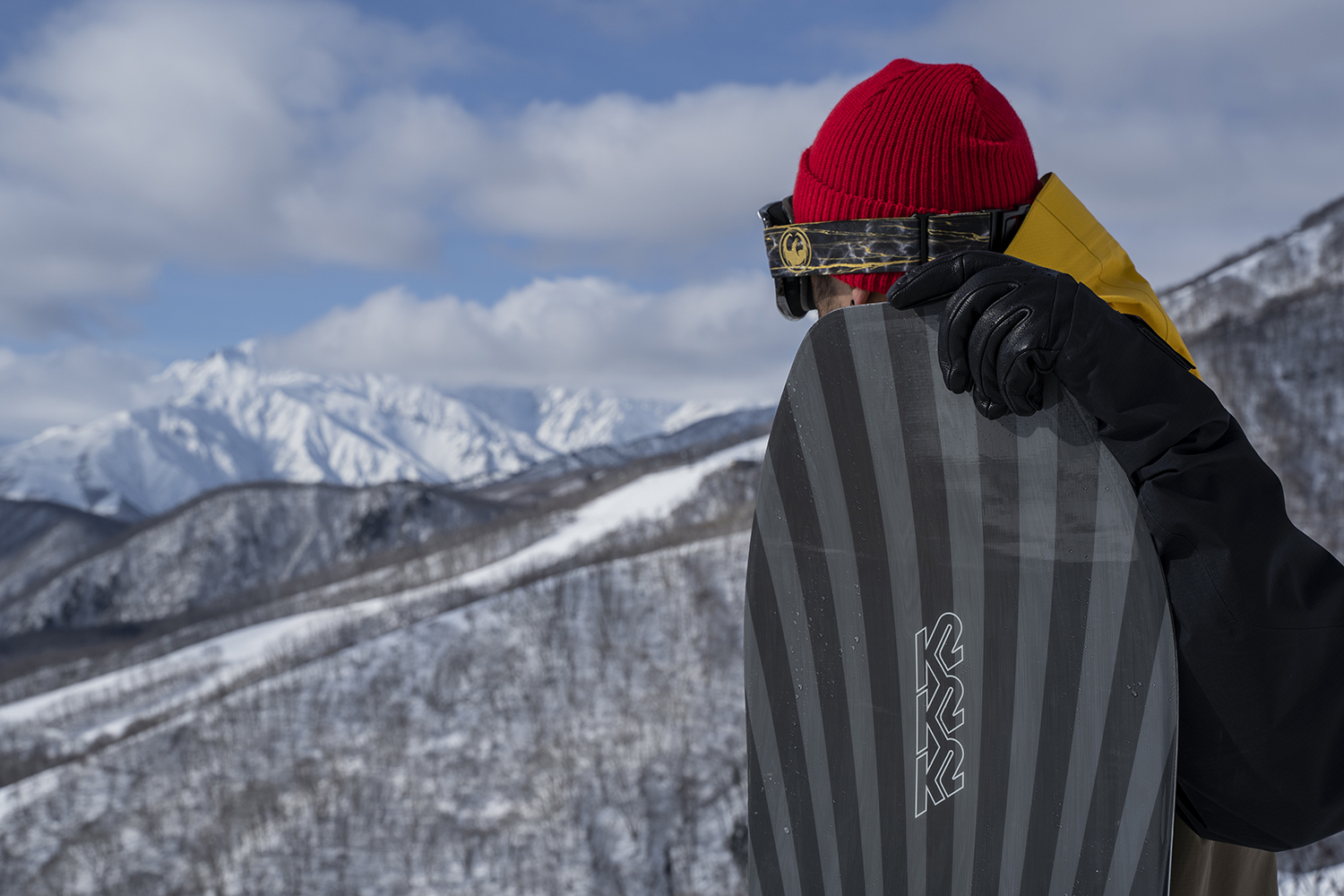 The charm of Hakuba field

Keita was born and raised at the hotel (Hotel De L'aile) run by her parents at the foot of Happo.Recently, when a child was born, he moved to the neighboring Kotani with his family.Having slipped into Hakuba since he was a child, he talks about the charm of this area.

"I think there are many different fields in Hakuba. There are places where you can slide comfortably and loosely, and there are places where you can skip steep slopes. The rest is wide from north to south, so you can choose a place with snow or less influence from the wind. I think it's attractive to be able to choose points according to the conditions of the day like surfing. I've been skiing mainly in all directions, but overall there is a slope and it tends to be a bumpy slope, so it's basic I think it's a tough slope, but there are hit points that can be hit and hit everywhere on the course. Above all, the panorama course, commonly known as Panorin, is a detour for the forest road course. However, due to the walls on the front side and the depressed terrain, we are a dojo in the HACHI crew. When all the crew ski from the beginning of the morning, first surf the Pistenburn of the Risen course with a gondola and then flow to the panorin. I have a lot of routines. "

It seems that this winter, the HACHI crew will produce and distribute videos that express riding and lifestyle as their solo parts, not as team movies.Finally, ask about the image of the snowboarder you want to aim for in the future.

"Speaking of slipping, I want to pursue the turn for the rest of my life. Of course, I also emphasize style, and I want to express slipping that I can understand just by moving. My main goal is to leave a picture, and I want to improve what I'm doing now. I want to be the only one rather than the number one. " 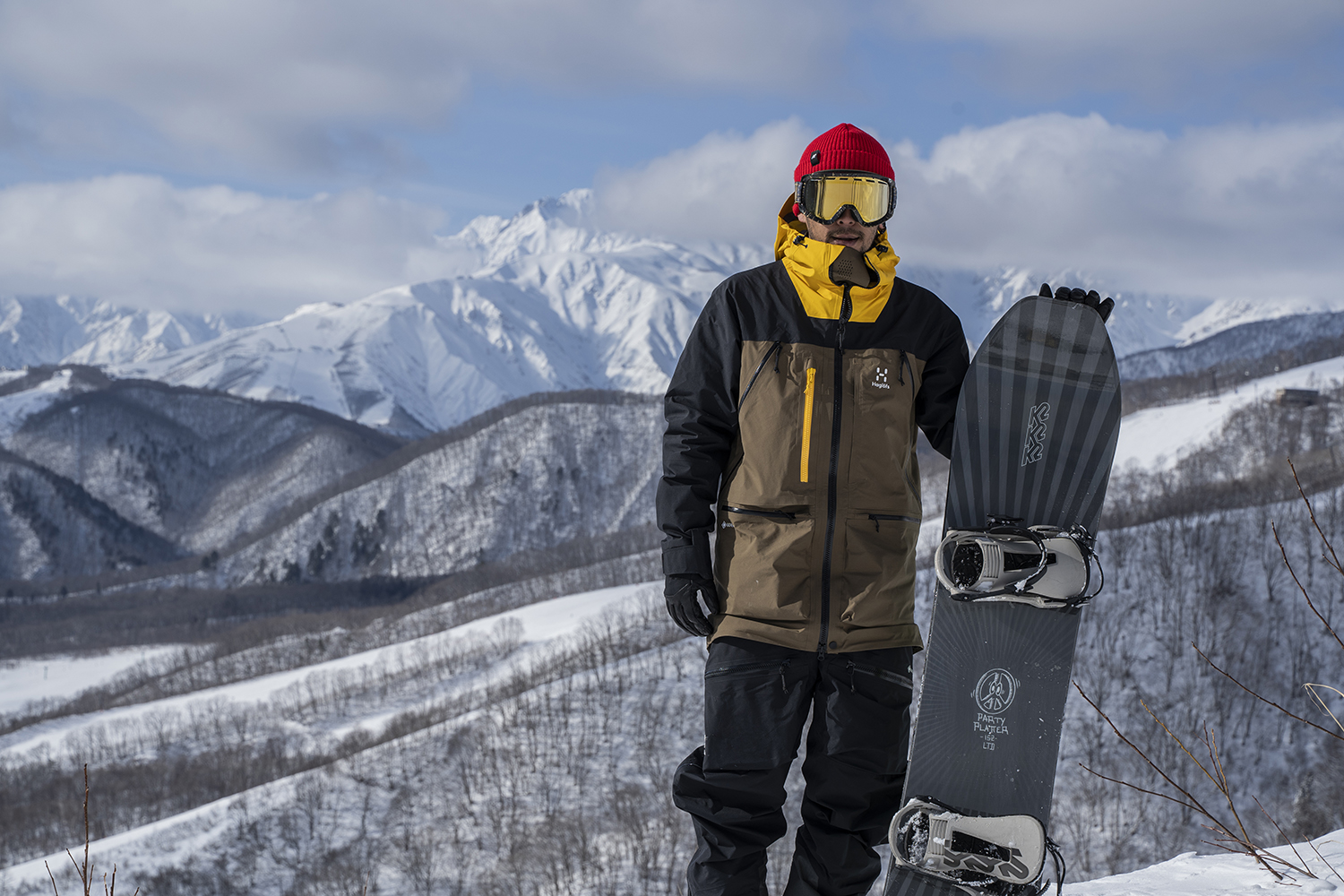 NO.20_ "The finest boots of super soft flex are advancing ...