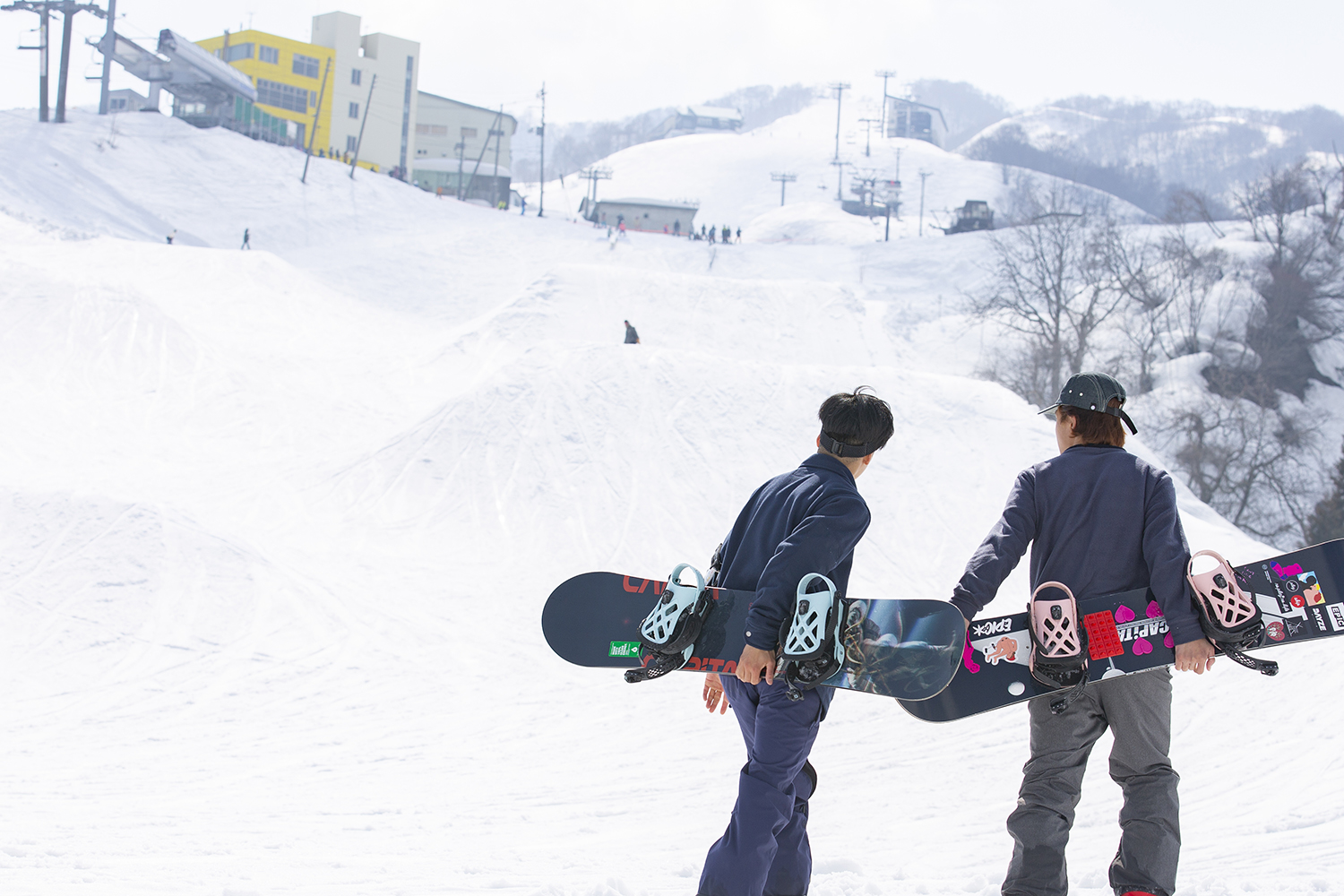 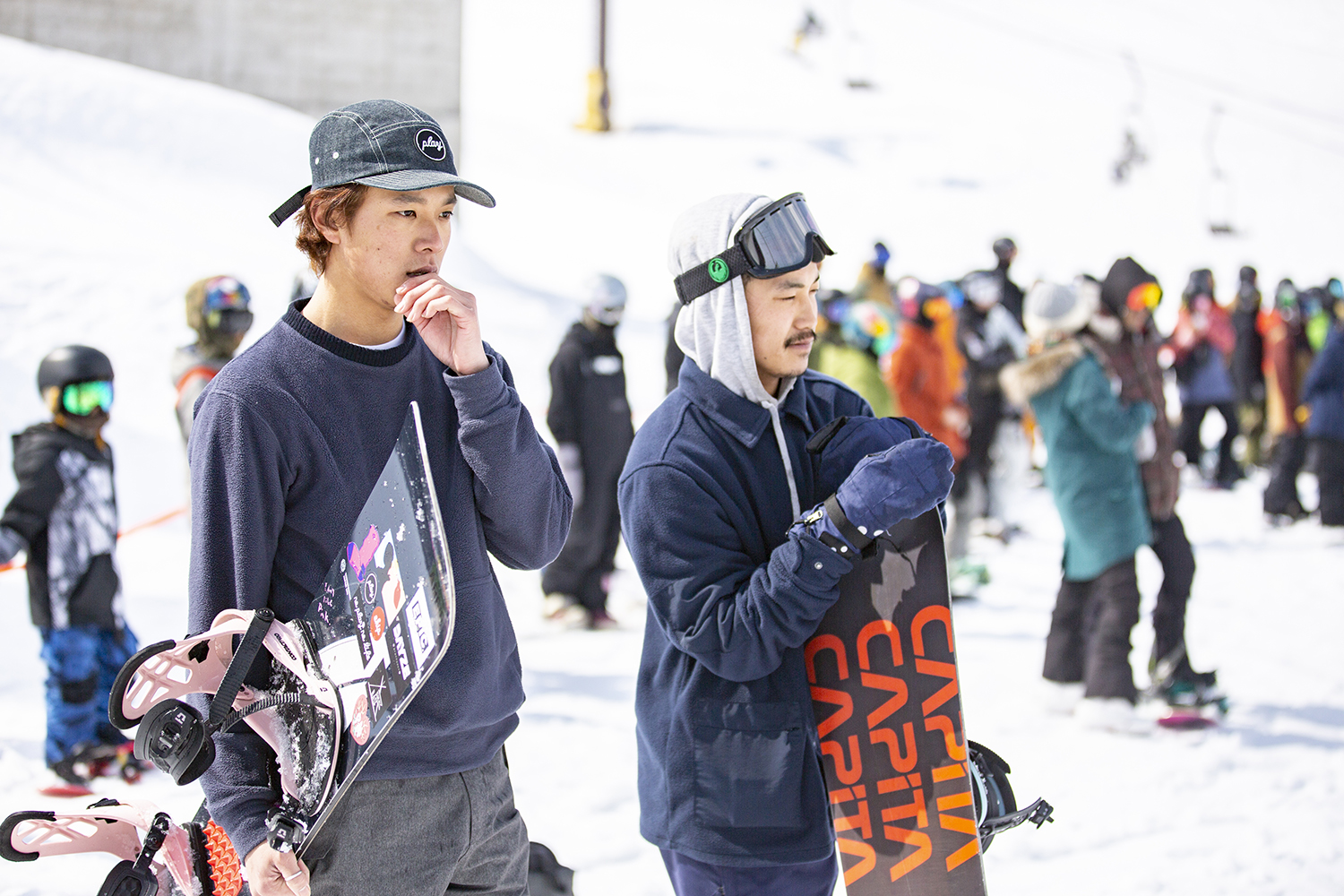 This season, Ishiuchi Maruyama has been a hot topic due to its large-scale renewal, including the completion of a new symbol resort center and the installation of the world's most advanced combination lift.With the arrival of the park season, such a new park in Ishiuchi is drawing more attention.From this season, the snow park has also been fully renewed and has evolved into a snow park full of jib jump bankline and all the play.MIZOU's Yasunaga Brothers (Kaede Yasunaga & Akira) cast this time to shoot this hybrid park.These two people, who have slipped into this Ishiuchi park for many years and fascinated their unique style and creative riding, were suitable for this park coverage.How do the two play down this park?
Photo: kentaroufuchimoto

How is the whole picture of Hybrid Park !?

In the layout of the upper part of the main park, the down rail and the jib section of the flat down BOX are installed first, and if you slide straight down as it is9mFrom the medium kicker12mYou can comfortably connect to the big kicker of.

A 6m small kicker is installed on the right side of the park.The slopes of each kicker, large, medium and small, are beautifully shaped, and there are four consecutive bank-to-banks using the R on that slope.If you apply the kicker's slope bank to the left and right, which looks like a swamp terrain, a large curve bank on the front side will appear.Moreover, the entry of this bank is a lip, and it is possible to connect to the jump to bank.Furthermore, the upper table has a width and length, so it is designed so that you can also play butter tricks here.

At the end, a huge bowl that will be like a big curve bank on the back side is waiting for you.Even if you simply finish sliding the big and middle kickers, you can enter the section at the end, so you can not miss the line calculation.Of course, you can slide down all sections vertically with a simple flow, and you can search for your best line by swinging left and right in the park, such as jib section → slope bank, large, medium and small jump → bank.

It goes without saying that this park design was a perfect match for Kaede Yasunaga and Kaede Yasunaga, who usually have an imaginative slide. While breathing together, choose the line you want to do with creative ideas, and choose the tricks to go out there.While condensing the jib jump bank and all the play elements, he enjoyed freestyle snowboarding while playing all the hit points at this hybrid park, as if cruising the park on a free run.

After playing hybrid and 3D at the top of the park, capture the next stage at the bottom of the park.From here onward, centering on jib items, a triangular spine BOX is on the right side from the 2-way straight rail and thick straight rail, and a small hip section is on the left side.The end is a simple double down and a 2-way installation with down rail jib items.

After playing in 3D at the top of the park, play in a traditional simple park.The flow to this finish was also lean and had a great layout.There is also a beginner's park zone beside the main park at the top, and a wide box, wide bow box, and mini kicker are also installed.If you are a beginner, it is recommended that you first practice here.

This park has a cutting-edge design that is typical of Ishiuchi Maruyama, which represents this area, which is the sanctuary of the park.The well-thought-out layout and park concept that won't let the slippers get bored are expressed in quality that will fully satisfy the snowboarders.The spring park season is still going on.I would like you to embody all-round snowboarding like them at this Ishiuchi Maruyama hybrid park. 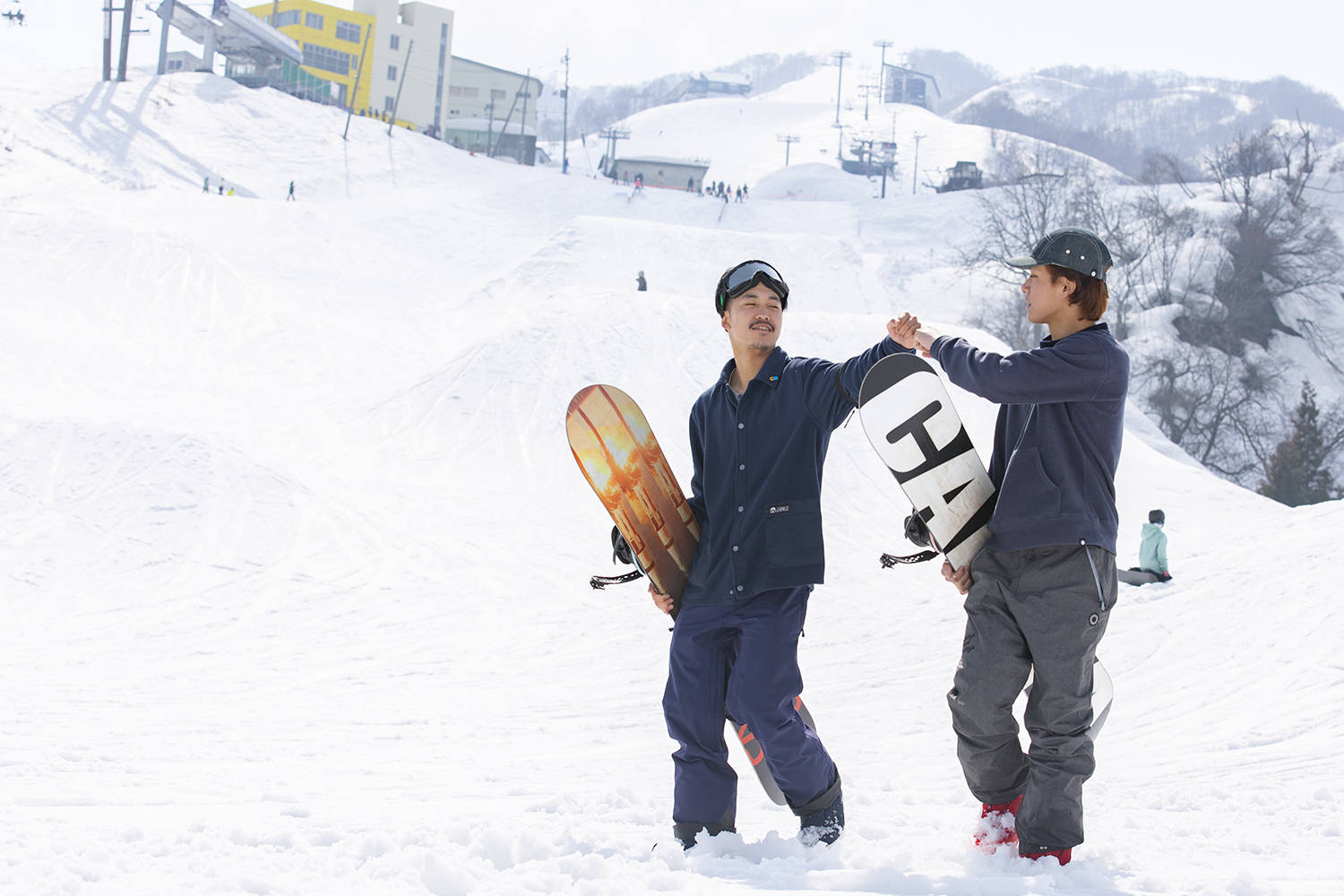 We asked the two people who played the renewed Ishiuchi Maruyama Park for a whole day about the charm of this park. 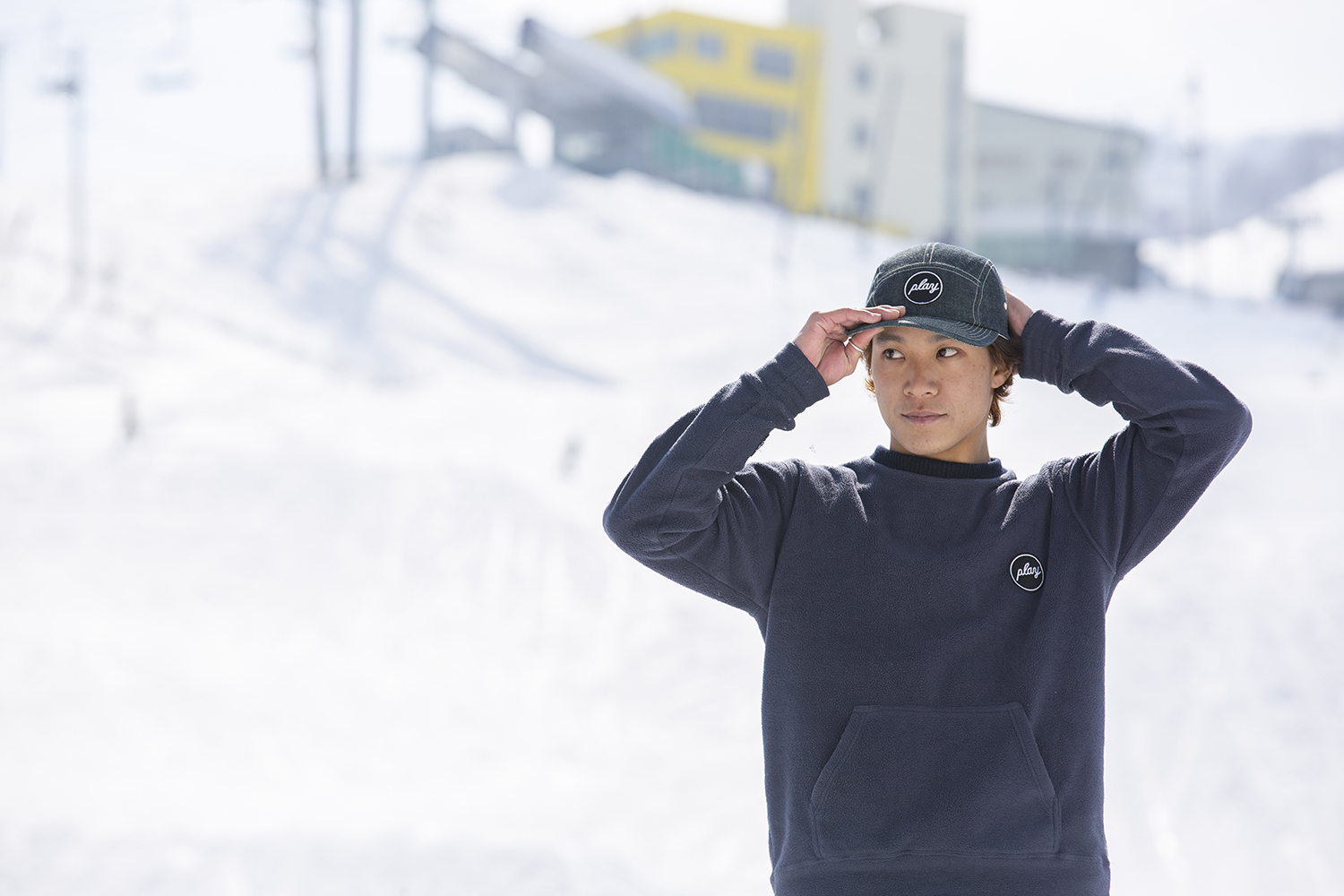 Kaede Yasunaga
"It was really interesting to be able to slide through all the sections on the left and right lines without slowing down. After all, we go to the park to slide comfortably, so I think that is the most important thing. The park is well captured, the size and angle of the banks are taken into consideration, the layout has banks on the left and right, there is also a bowl at the end, and then there is a jib at the best timing. I'm on the street recently. I often shoot, but lately I feel like I can't ride on the street if I can't even do pipes. The items on the street are so advanced that I can use not only rails but also walls well. I feel that riding skills are required for the round. I don't just do jib, I fly sideways from the slope like this park, see the slip of a good person from the lift, and say, "That line. I think it's important to make discoveries like "There is!". In that sense, I think it's a park where you can search for infinite lines, play creatively, and hone your most important skills. It's also nice to have a new lift that allows you to access the park without having to change trains. " Yasunaga
"I take great care of the flow. This park has the impression that the flow from trick to next item is very pleasant. Moreover, if you remove the normal line, you can jump and hit creatively. You can play. The bank also has a lip and the top is like a table, so you can fly with the lip or play like butter. I think that it is a park where you can play in various ways depending on your ideas. Masu. Especially in this park, the slope of the jump is a bank, and it was great that the banks continued in a row. I have been playing in the stone-beating park, but this season it is below the jump The section has changed a lot. The last bowl is new and new. I think it's amazing that the bowl is permanent. There is a section that I wish I had a free run. It feels like they're all together. Also, the new lift is wide and great. The lift time is a break, so it's nice to be comfortable. Moreover, the lift has a hood so you don't get wet even on rainy days. Also, the gondola is wide so you can stretch it. I think it's great to run the park and free run with this one. "

A stone with a comfortable environment for girls snowboarders ...