Along with YONEX's latest board that makes full use of carbon fiber technology, another innovative gear that is attracting attention this season is the step-in “accublade®” that has been restarted with new improvements. "It's a system. With accublade®, snowboarding is simpler, easier, and more comfortable.It's like driving in a "good, well-equipped car".A highly efficient system will change the image of snowboarding you have.

>>> Click here for a special site where you can see how YONEX accublade® works. 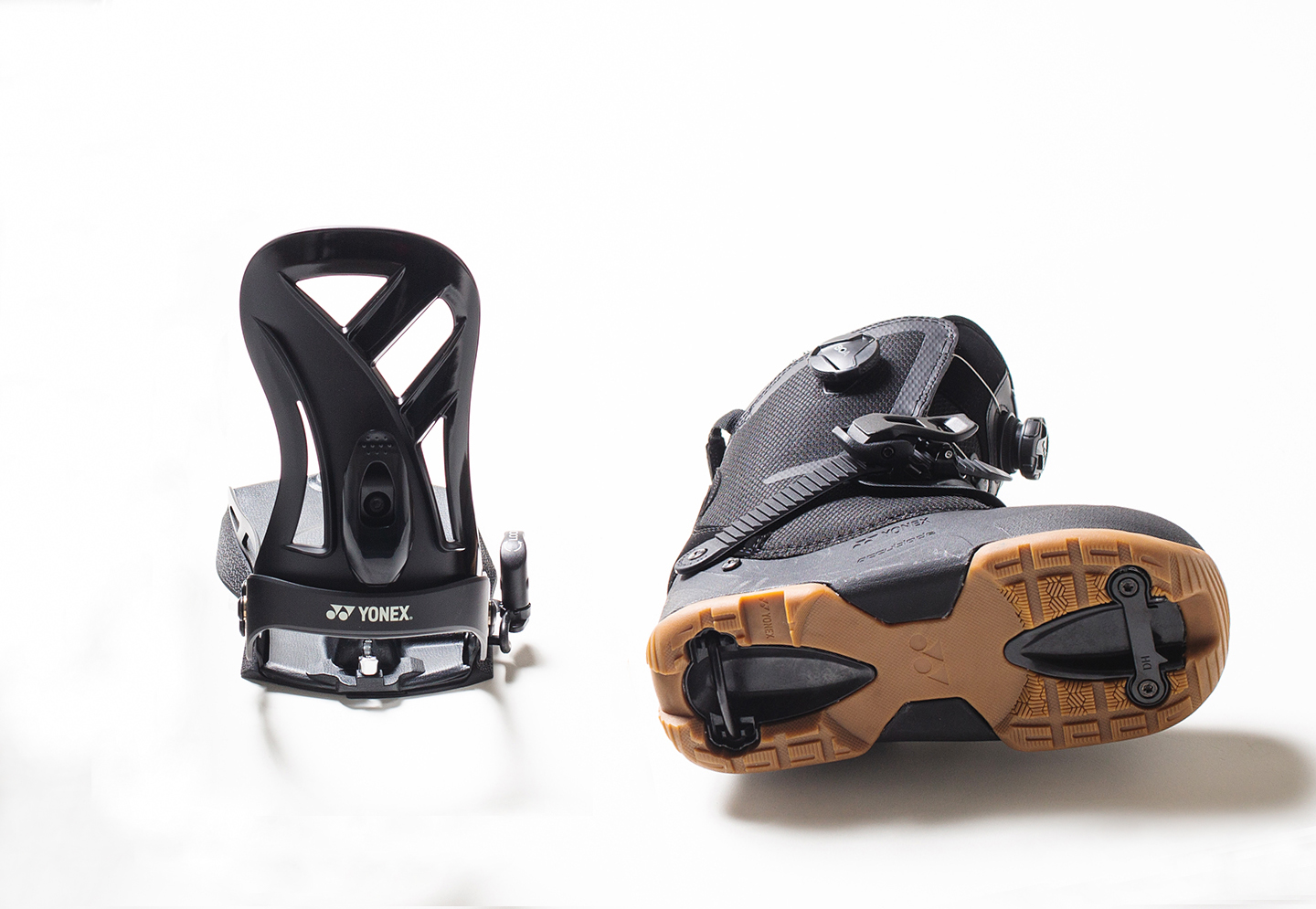 In the era when many step-in systems used to fix boots and bindings in the horizontal position, while the convenience was noticed, many intermediate and advanced players felt unsatisfactory in terms of response and delicate board control. Was there.That's where accublade® comes in.The big difference from the previous system is the interface part of the front and rear vertical stop (fixed position is arranged vertically) with the toes and heels as fulcrums.By bringing PowerPoint closer to the edge, the response is transmitted directly from the binding to the board.Moreover, it maintains the required flexibility on the left and right, enabling efficient board control.Therefore, it attracted snowboarders who enjoyed freestyle skiing in parks and pipes, and expert riders who wanted to ski powder on the fast track even when competing. The accublade® was originally developed by SHIMANO, which is familiar with bicycle parts, but YONEX has taken over it, and riders have proved its ability even on the stage of the competition, expanding the possibilities of its performance. ..While the step-in system attracted attention, many other step-in systems disappeared.Among them, YONEX's accublade® system continues to attract attention because its performance has always been highly evaluated.Accublade® has always evolved toward the possibility of improving riding performance, not just the convenience of attachment and detachment. 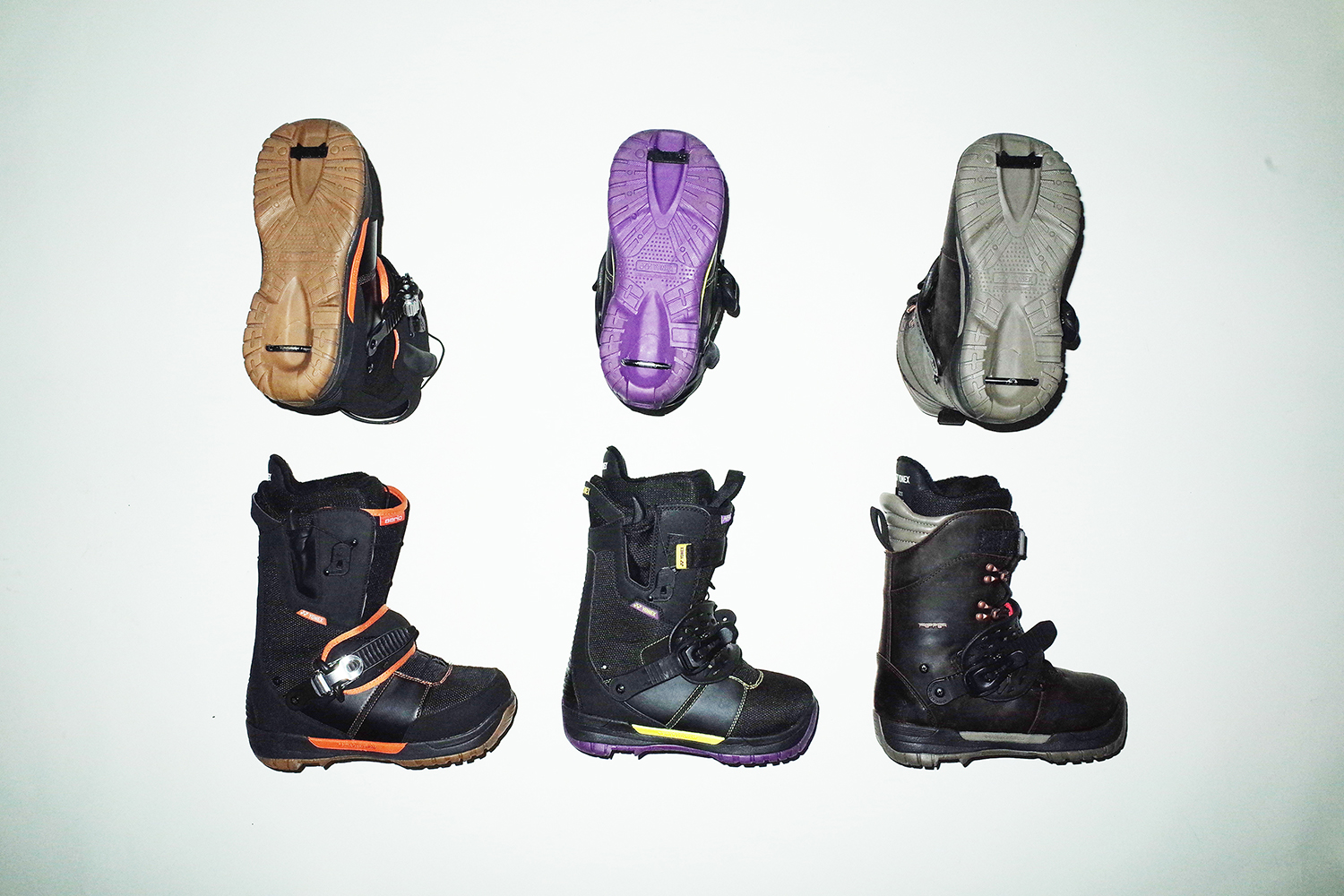 AERO AB boots created by improvements for weight reduction.The looks of the boots have been slimmed down.In addition, the most advanced lightweight upper material has been introduced to achieve a weight reduction of 250g (one leg) compared to the previous model.Practicality in freestyle as well as free riding has been improved (left, center in the photo).TRIPPER AB with natural leather specifications was popular with riders who enjoy free riding, including its high quality texture. 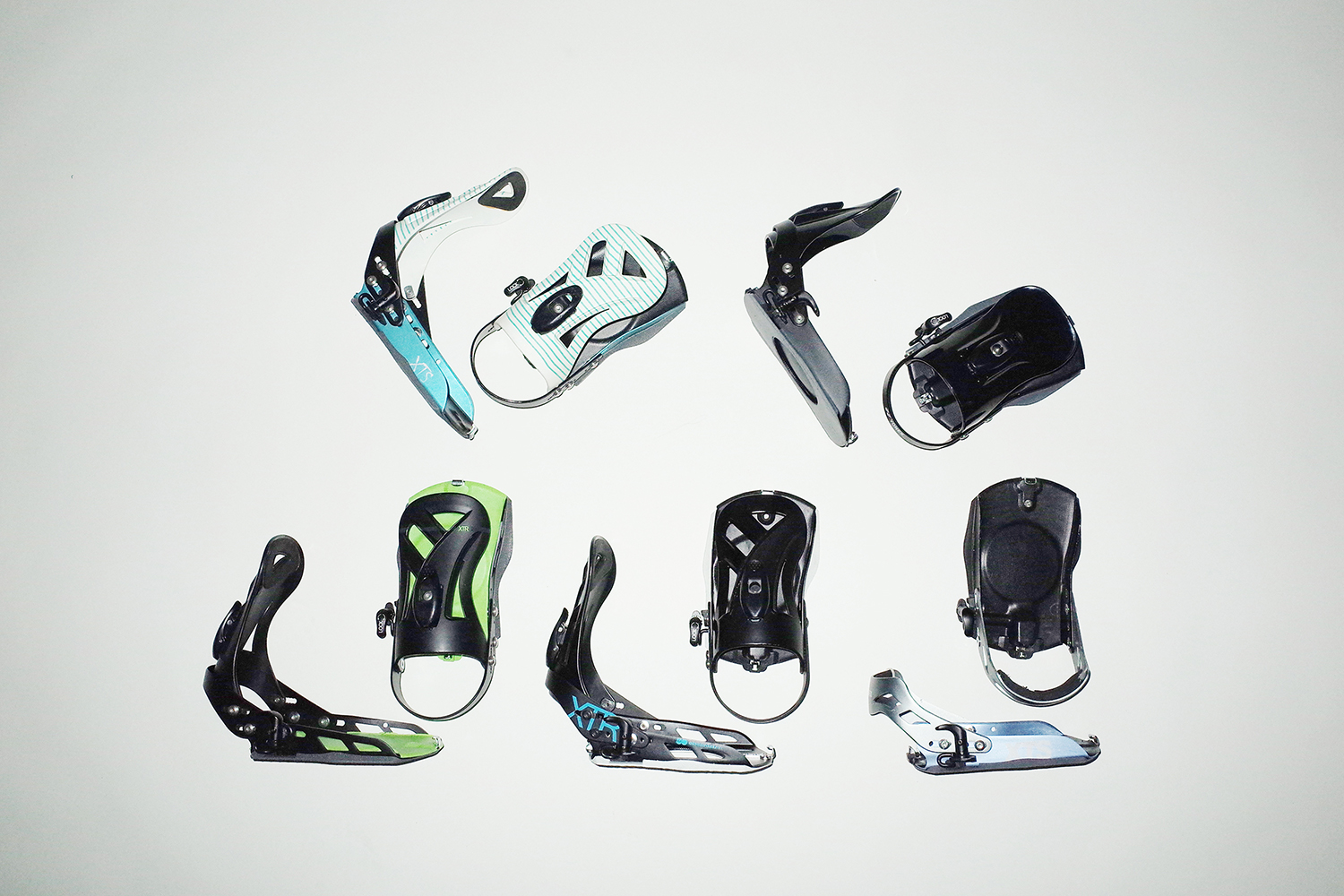 The binding has a high back shape, and the material is lightened for weight reduction including the base part.In addition, improvements were made to meet the needs and ease of use, such as adjusting the material itself and changing the flex.

Potential of the new accublade® guided by YONEX technology

YONEX's new accublade® series, which appeared this season, is a model that steadily pursues the basic performance of the convenience and direct response of the system. With accublade®, align your toes with the hook at the end of the binding and step on your heel to complete the lock.Moreover, even if only the first stage lock is applied at the start, the specification is such that the second stage lock is applied while sliding, so it is possible to lock securely even in tough conditions.The start after getting off the lift is faster than anyone else.At the same time, even with a small amount of force, the load is firmly applied to the edge, reducing the burden on the leg strength during gliding.Double BOA is used for the boots, making it easy to find the fit you like, and putting on and taking off the boots is very speedy and comfortable.The insole is equipped with a power cushion with excellent shock absorption, which is a material unique to YONEX, and the ride quality at high speeds is also very good.
With the new accublade®, snowboarding will be much easier than ever.For example, even an adult weekend snowboarder who doesn't have time to train at all and feels a little weakened can decide a sharp carving turn with less power, and can enjoy riding to the fullest while reducing fatigue. This accublade® system must solve the problem of "I can't rely on my strength like the younger generation."A speedy, easy, and fan-like feeling that has never been seen before.I would like you to experience the world of "luxury snowboarding", which is a little extravagant for adults. 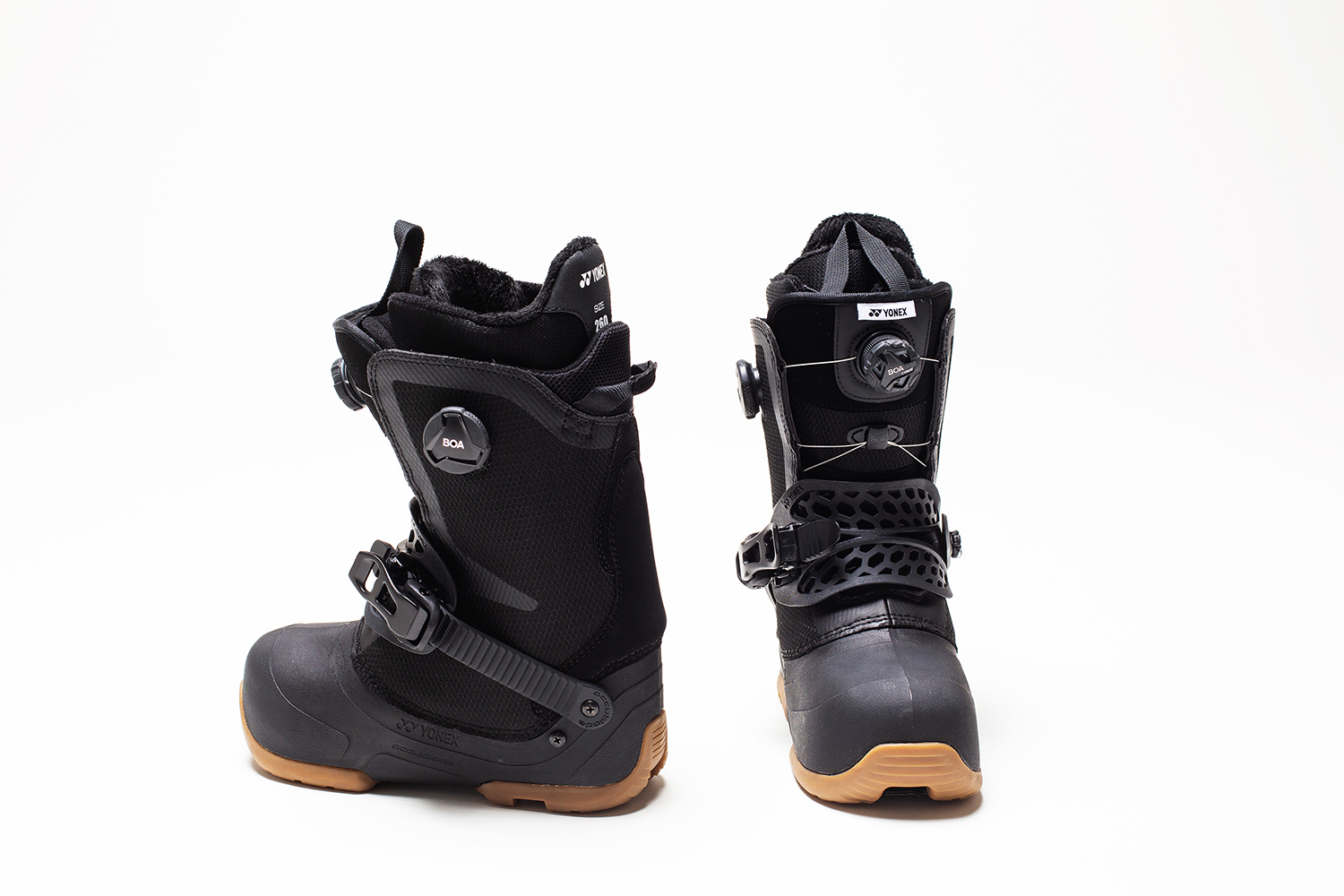 BINDINGS ▶ ︎ XTR AB
Power is accurately transmitted to the board while reducing the weight with the ultra-super duralumin base that has been lightened.

>>> Click here for YONEX accublade® related videos and special websites where you can see evaluations from riders.