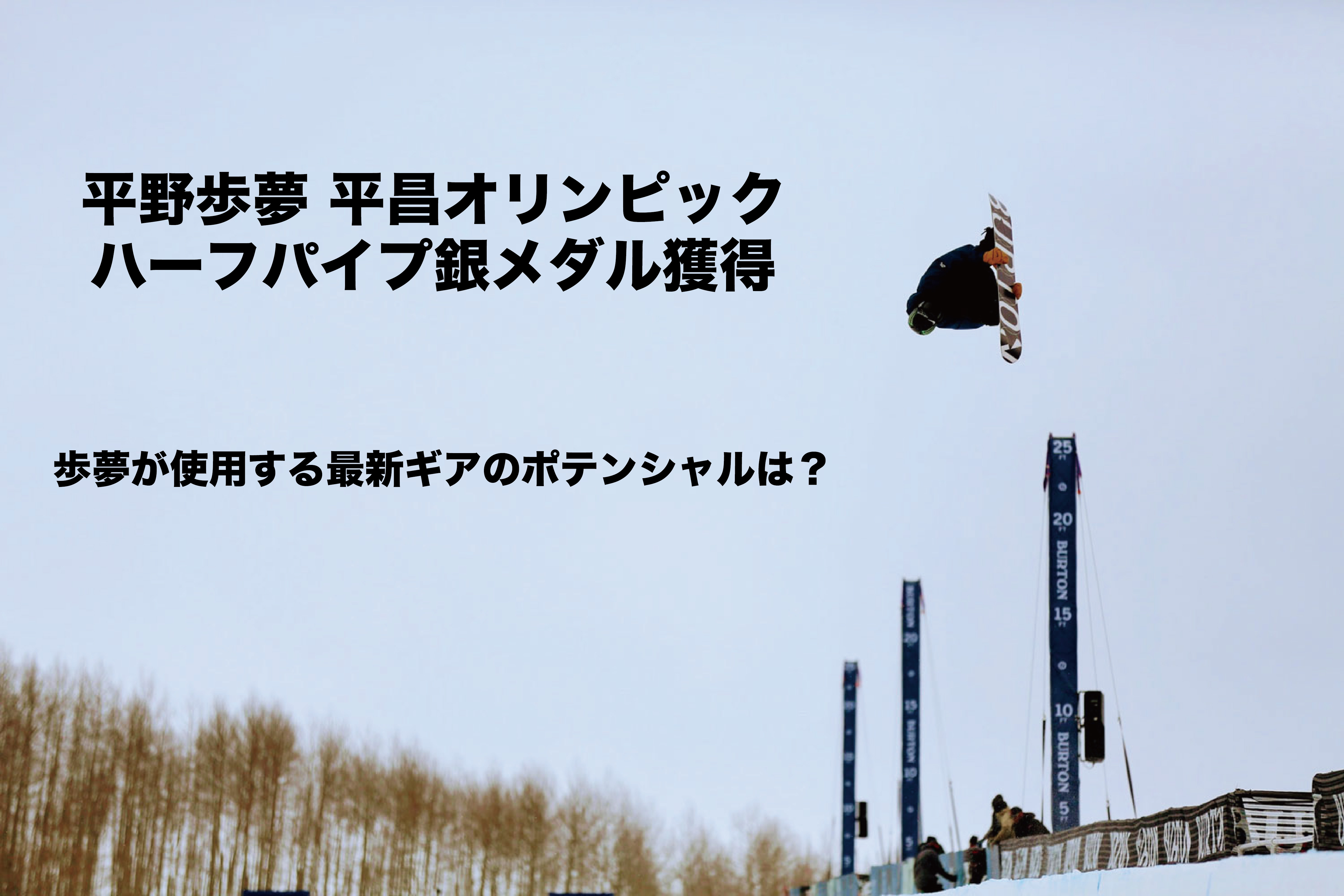 For Japanese snowboard fans, one step closer to the greatest achievement, winning a silver medal.However, Ayumu Hirano made me feel the possibility of a gold medal to the end.The most difficult technique and technique confrontation.SeanThe confrontation with White was a very exciting time.However, Ayumu showed the most exciting riding as expected. We are proud to have achieved the feat of winning the silver medal for the second consecutive tournament.

That, Ayumu Hirano as a riderBURTONSince becoming sponsored byForeverCUSTOMContinue to rideThat.CUSTOMWas born1996Year, Ayumu himself1998Born in the year, it is a board that boasts a history even before he was born.This is the potential that has always been at the cutting edge since its first appearance.20It has been refined over the years.Light and high resilience, adaptability to all situations,1The most difficult theme of doing everything with a bookCUSTOMIs an orthodox all-round board facing the front.More repulsive in recent years, especially in halfpipe competitionsCUSTOM XMany players use, but Ayumu's choice is alwaysCUSTOMThere is no blurring. "I'm completely used to this board, so it works like my limbs," he said.
At this Pyeongchang Olympics, Ayumu chose the latest CUSTOM.Super all-round that shows the best potential no matter where you slide, not just the half pipe.It's one of the best to enjoy snowboarding by maximizing the rider's own skills.
By the way, I won the gold medal this timeShaun White also uses CUSTOM 156..It means that the gold and silver medalists of the Olympic Games won using this CUSTOM.

The binding used is MALAVITA EST.For the binding, select MALAVITA, which is a relatively soft model according to the board.
"I use a relatively soft model for the binding to match the board. I think it's easier to control the suspension, including the boots, because the gears are flexible, so it's easy to put out a style. It's easy to think that if it's soft, it doesn't have support and the risk of injury increases, but this MALAVITA has perfect support for the part you want. Above all, you don't want to limit your movement by using a stiff undercarriage gear. Isn't it the type that keeps using the model that I once thought "this is good"?It's a setting, but the stance is wide so that you can wait until the lip of the pipe is barely reached.Considering all that, such as jumping out smoothly into the air and setting up difficult tricks, it was better to have a short tail and nose.The angle is fixed at 15 ° for the front legs and -6 ° for the hind legs so that the pipe is slippery regardless of whether it is normal or switch. "The performance of these gears may have influenced his smoothness, good balance that can flexibly respond to any situation, and his riding.

In other words, Ayumu Hirano's gear selection know-how, which prioritizes ease of riding and control without using specially hard materials, is likely to be useful for many snowboarders.
I hope you will enjoy it at the BURTON DEMO TOUR that will be held in various places.

Read the interview with Ayumu Hirano

You can test drive the popular CUSTOM at the Pyeongchang Olympics ...

Does not get wet, is comfortable and has a high fit. BURTON is a glove ...

What kind of riding will the strongest stars in the world show ...