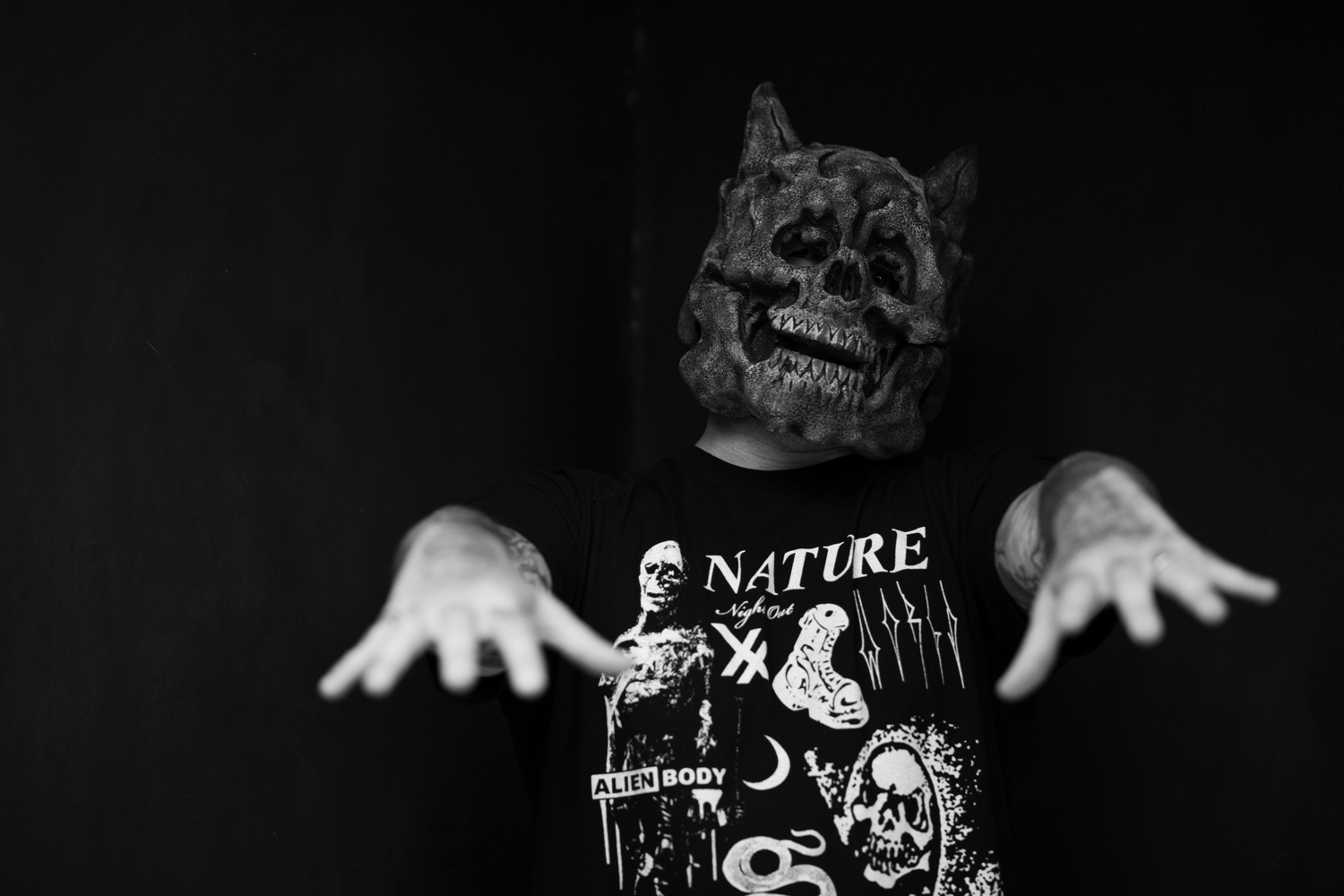 Do you know an artist called SKETCHY TANK?A West Coast artist who designs "BURN OUT" for RIDE SNOWBOARDS and "CONTACT" for UNION BINDING, which will be released this season.It is said that apparel with such artwork will be released in Japan from the spring of 2017, and SKETCHY TANK made his first visit to Japan this time. His art has roots in 3S and expresses a unique world view, but what kind of artist is SKETCHY TANK?Unravel the unknown SKETCHY TANK.

First of all, can you tell us about the beginning of SKETCHY TANK?

OK, SKETCHY TANK is an illustrator, designer and party animal.I've always loved designing and drawing and worked as one of the design companies. I worked at ELECTRIC from 1 to 2012 and also designed a model called EGV.I stopped from there and am now working as an artist called SKETCHY TANK.Right now I'm doing all the artwork within my own reach.I don't even think about making money with it, I just do it with passion.Fortunately, I'm really happy to be able to come to Japan in this way with calls from various places.Well, it's still developing, so I don't know what will happen in the future.

What is the concept of the artist SKETCHY TANK?

Since around 2010, I have been uploading my artwork and designs to the web, laying out magazines, and drawing pictures.At the same time, I was collecting photos of "disturbing images" I found online in a folder.I didn't have Instagram at the time, so I picked it up from something like Tumbler.My design is influenced by many artists.I've always liked tattoos, so I have roots in 80's skateboard design, including Mike Giant and famous tattoo artists.I grew up in an exciting culture in the midst of the 80's, so I think it's designed like that.
The design is basically monochrome because I like black and white.Well, if you need color, you can do it in color, but it's basically black and white.I like simple things.I don't think I have a pen to write something, but if I have a pen, I feel like I'm writing what I want to draw naturally.

What kind of message do you want to convey through art?

I put what I experienced as a design message.For example, the design called BEAWARE OF SNAKE comes from my experience of being hurt by others.The meaning is that if you hurt someone, you will go around and eventually come back. "RUN WITH US OR RUN FROM US" by BURN OUT of RIDE SNOWBOARDS is a word that came to my mind when I was listening to the lyrics of my favorite rapper Rick Ross.I express what I have experienced with pictures and put it in as a message.

It seems that you are closely involved with 3S of snow, surf, and skating, but do you also do SKETCHY?What was the key to the collaboration?

Of course I will.Now I live in San Diego and I really like surfing.Snowboarding is next.There is a big bear in LA on the nearest mountain, but I don't like it because it's just a park.It takes about 7 hours to go to Mammoth Mountain.When I knew that a big storm was coming, I called various guys and had a session.My design is dirty and junk rather than clean.I think the guy who is doing horizontal stuff also likes junk things.So I think my design is accepted.
Collaboration has been achieved with the support of many colleagues. Thanks to all the friends who talked to me, including Sean Tedore from RIDE.When they ask me to collaborate, they respect each other, so I write my favorite designs.There is no such thing as writing something like this.It's not a red stranger.

Can you tell us about your future activities?Does the concept change again?

I'm thinking about various things about the development of items.I say it because it's Japan, but I'm also looking at bottoms and jackets.Let's just say that the concept remains the same.Even so, it hasn't started yet, and I don't know what will happen in the future.I'm looking forward to coming to Japan in February!