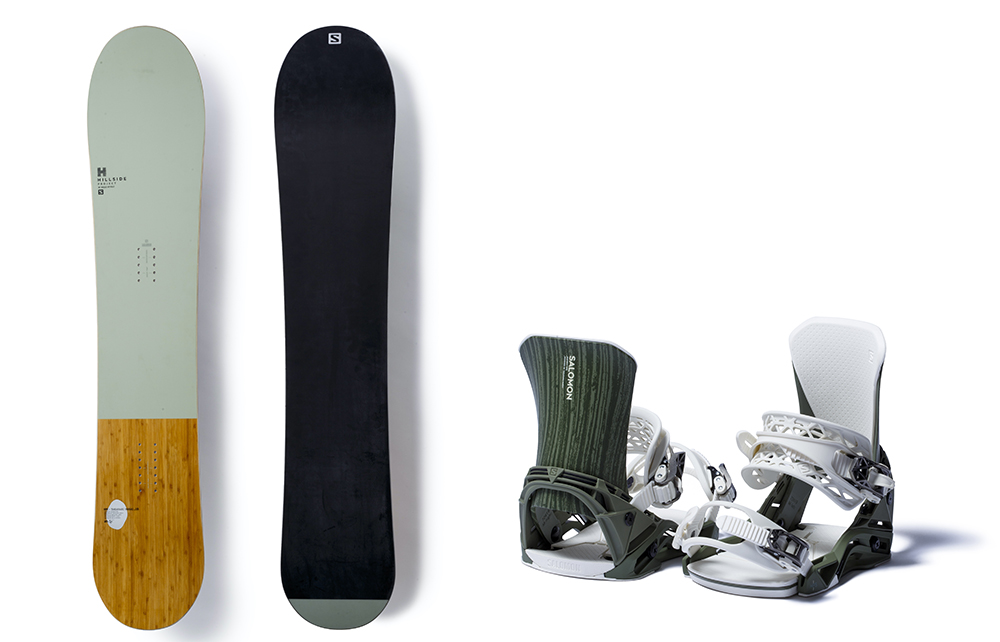 What do the “sliding masters” choose from the new gear that will be released this winter?If you listen to the voices of professional riders who use gear more than anyone else, you can imagine the feeling of use more concretely.So, I asked 14 riders why they chose their favorite gear.The fourteenth person is Takaharu Nakai.

"The" GEAR AWARDS "project of the FREE RUN special edition gear catalog has started, and it was the same season that my board came out, and I won the championship four times in a row from the first year to this year.I'm really grateful that many shops chose it.

The board has a long rocker on the nose and a camber near the hind legs, an easy-to-use flex, and the outline is the same as the previous model.However, I had the nose height dropped by about 1 cm to increase the snow contact length by about 1 cm.If the nose is high, the surface that hits the powder is wide and the resistance is large, but by lowering it, the buoyancy is increased, and if the snow contact length is long, the area that simply touches the snow becomes wider, so I think that the sense of stability has improved.Is it easier for the nose to stick?Is it heavy to handle?I didn't feel it at all when I tested it.Also, I asked them to make minor changes such as reducing the insert holes near the nose so that they are as light as possible and the torsion can be used more effectively.I'm 164 cm tall, but I've been riding a lot of 161 lately.It has the same snow contact length as 153 or 155 of a general camber board, so it's easy to handle without feeling the length of the board, and even if it's a little thick, it's soft so it's easy to bend by yourself and it's really easy to handle.I want to do a manual snowboard that does not rely on tools and controls everything by myself.I think it's the perfect board that fits that concept.

The binding is the third work this season.The concept is manual snowboarding with the board. I think it's the softest model in SALOMON.It doesn't hurt to tighten the straps tightly, and thanks to SHADOW FIT, the feeling of moving your legs 3 degrees is really great.Like the previous model, it doesn't have a gas pedal, so you have to be conscious of it when it's hard snow, but the toe edge doesn't get too tight.It's really good to tell the board only the amount of effort you put into it.

What does it mean to have ankles move freely!? SHADOW...