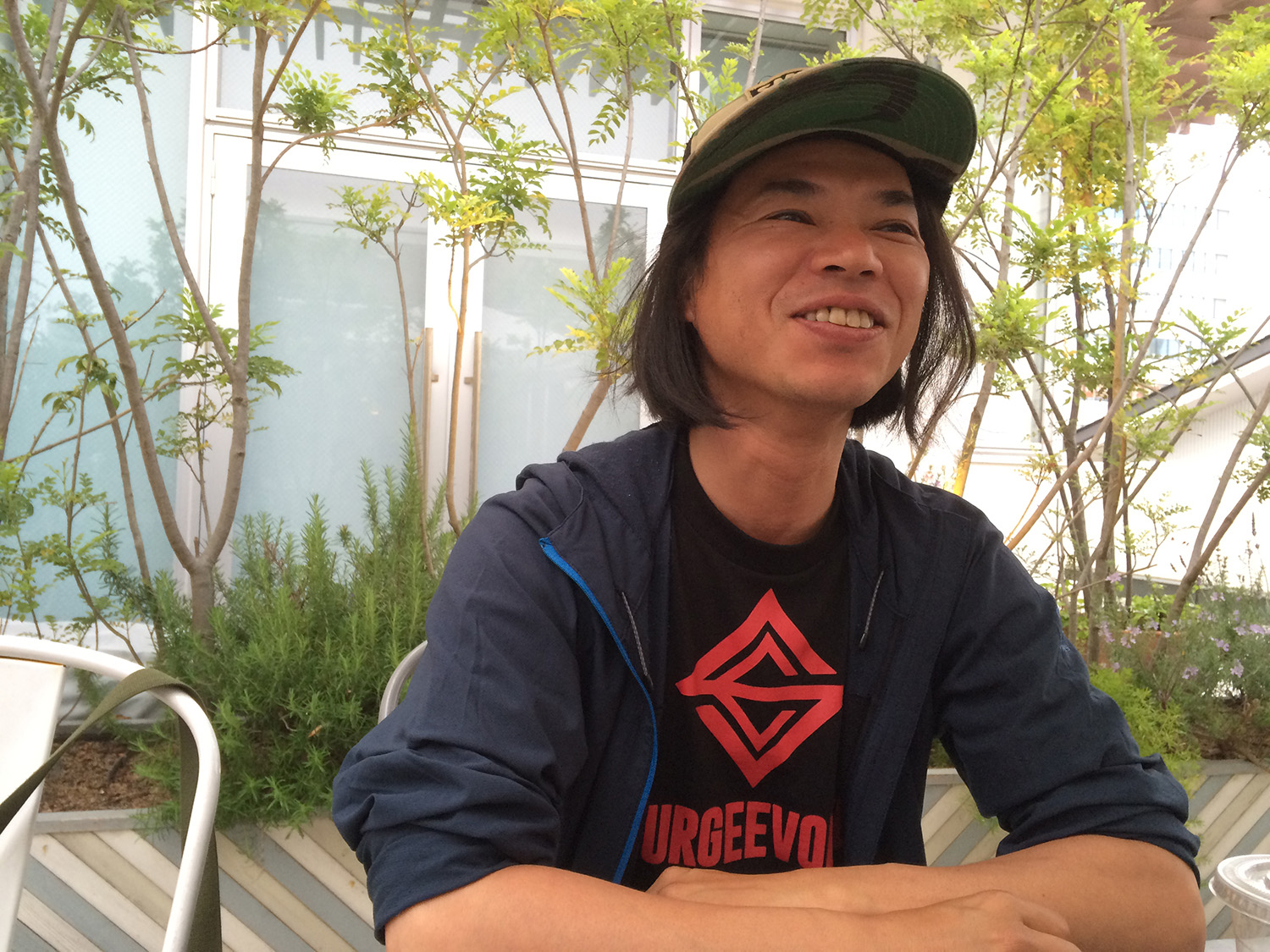 This interview with industry people is MC Racchi, who is familiar with SLOPESTYLE and FREERUN events.We will approach his way of life as an event MC, SURGEEVOLVE director, and a snowboarder.

What made Racchi become an MC?

Actually, I used to aim for the world of music.The school I graduated from is ESP Musical Academy.After graduating, he worked at ESP, making guitars and going on his favorite music path.After that, I had a different job due to some reasons at home, but I started snowboarding in my early twenties.When I was invited by a friend to go snowboarding, I was able to ski once or twice, so I was really into it.Well, from my point of view, I couldn't slip at all. (Lol)

It was the same with music, but the process of being able to do things that I couldn't do was really interesting.You'll soon get hot about what you like.I always go to the snowy mountains every week off, and I read magazines messed up because there was no WEB at that time.BURTON was mentioned in every magazine I read at that time, and I became crazy about BURTON and wanted to ride it.At that time, a company called NEWPORT (BURTON agency in Kanto at that time) happened to be recruiting jobs. I applied for haste because I thought it was "this" and entered as a part-time job in the warehouse.

Then NEWPORT also runs the event.I've been chatting for a long time, so my boss told me to talk because it's noisy whenever you come, and I think it was the BURTON Kanto series that made my MC debut for the first time.Some of the people involved in the tournament were related to JSBA, and as a result, I started to do MC at Kanto tournaments and all-Japan championships, and ski resort officials asked me to MC for slope events. Once.When I was doing MC at various competitions and events, some people said, "I'm doing MC and it's a special seat."I thought so. "No, that's true. I have to convey my favorite sport, this moment, this fun", and it became even more interesting.At first, it was my hobby, but the more I did MC for big tournaments such as the Japan Open and professional games at that time, the more I was gradually asked for various requests.In the meantime, I changed to work.

How do you relate to SURGE EVOLVE, which was launched last season?

Just when I started being called to many tournaments as an MC, BURTON riders Eiichi Ryumi (Tatsu) and Ichi Ishibashi (Bashi) started a brand called SURGE. Every time I met them on the slopes or at competitions, I was able to talk about various things naturally.I've always loved making things since I was playing music, and I was really interested in the structure of snowboarding.Desperately studying the board.How does the side curve work to slide on the snow?Why is camber a camber?I learned such basic things there.

I had such an experience, so I started to help SURGE.So, I've been doing it as a sales rep for SURGE for a long time, but in doing so, there were various issues and things that were different from our ideals.So, last season, we launched a brand called SURGEEVOLVE with Tatsu and Bashi, as a brand that we can do as much as we want.Regarding the brand, Tatsu and I have a 50:50 relationship.You can "stick" to your board.We want to create a strong and strong fan because it has a shape that is unique to SURGE EVOLVE, a brand that only we can do, and a ride that we are satisfied with.I want to continue to show my individuality.

What is Racchi's idea of ​​snowboarding life?

When I'm doing MC, I often get involved with young riders through various competitions.Under such circumstances, I want to tell young children that I should continue doing what I like.For example, if you are about 20 years old and have trouble with your life, whether you want to continue snowboarding or get a job, I think one way is to become a professional.On the other hand, a proper life is also important.I have seen the snowboarding life of various people through snowboarding, and as a result I am doing MC and now I am the director of the brand.It's a shame that young kids who want to become professionals are leaving snowboarding because they run out of money.I don't want to stop snowboarding because it doesn't work, but if I like it, I'll keep doing it, because there are many ways to do it.I want to say that.I think snowboarding is really special.You can travel with snowboarding, and you can usually talk to people who are more than twice as old.Today's teen snowboarders are experiencing what a normal elementary school student would experience 1 years later.I think it's really great to learn from that experience.Living as a professional snowboarder is not the only snowboarding life.I think it's important to continue while doing normal work.I think I'll get a job to continue my favorite snowboarding.When I was young, I was crazy about snowboarding, so I tend to stop going to the tournament for some reason = I quit snowboarding.Actually, I have various choices of ways by making use of my experience so far.It was the same for me.There are many possibilities that can lead to various opportunities by valuing the connection with the people around you.If you think you like snowboarding, broaden your horizons and keep enjoying it.Because you can create your own snowboarding life. 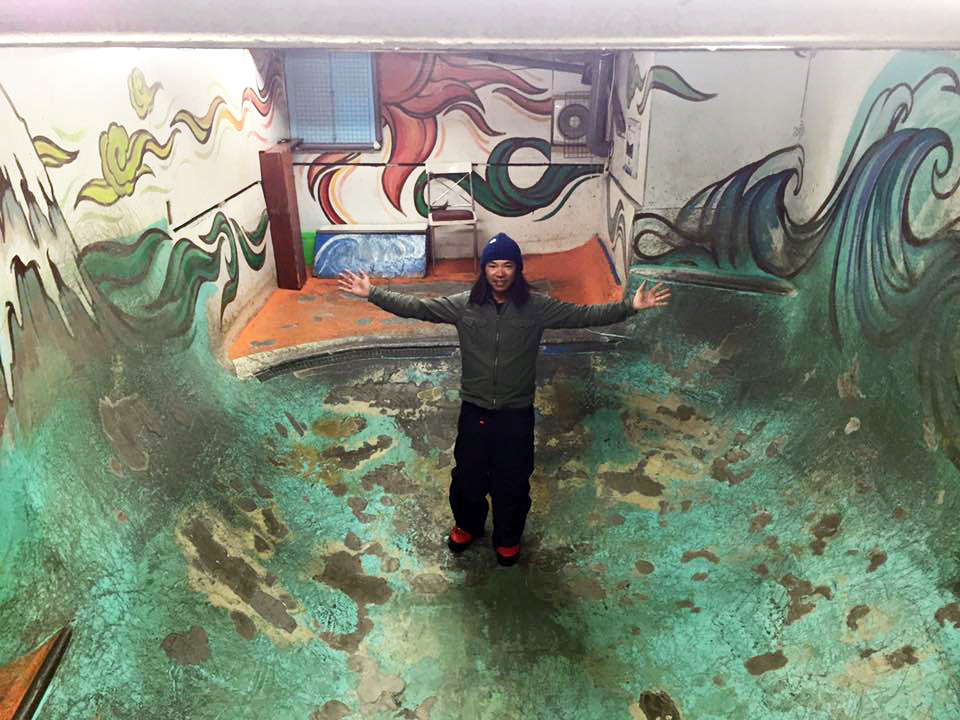 Real name: Takeo Miura Born October 1970, 10 Born in Chigasaki City, Kanagawa Prefecture
Event MC holding a microphone at snowboarding events such as SLOPE STYLE, AIR MIX, and FIS World Cup.Originally aspiring to be a rider, he saw the skills of professional riders at the time and aimed for a different path.Mike, who happened to hold it, called rumors and was in charge of MC at various snowboarding competitions.Established a brand called SURGE EVOLVE with riders connected through snowboarding.During the winter season, he travels all over the country for events and test rides.Also active in trail running and MC for water sports events during the off-season.By the way, the nickname "Racchi" is presumed to be an abbreviation for "Miura Ratchi".