For some reason, Takato brought out a model gun for the Desert Eagle,
"There is a video I want to make !!"
After saying that, he will tell you the acting composition.

It seems that the gun is released without any meaning.

A crack enters the window of the car that ate it.
It seems that CG is used up to this point.

And the video that was made is the opening of the video below.

By the way, I also shot the Kaneko pattern for the role of opening the car window, but it made me smile, so it was a surprise scene for Yumaru.

Serious acting is not suitable for Kaneko ...

Oh yeah, Mash-chan, who took a still shot on my way home, gave me a rare gift. 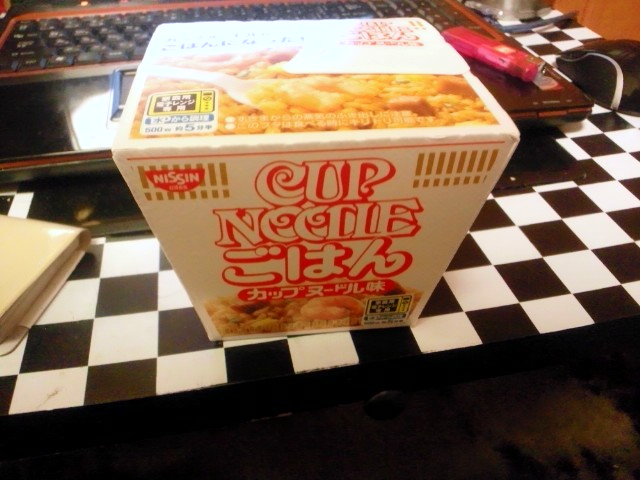 Moist and chewy rice! !!
However, the ingredients and flavors are cup noodles! !!
Meat like that egg or dice is just as it is! !!
And the finishing flavor oil to put in at the end is exquisite! !!
You can do it just by adding water and microwave! !!

teeth!
I just got mixed up with multiple gourmen.

Then, on the next day, Mr. Gomi, the editor-in-chief of the magazine snow boarder,
"I'll take a picture with Charmant"
I said that, so I decided to forcibly participate.

members are
Miraculous resurrection from rupture of the anterior cruciate ligament of both knees.
Indomitable phoenix, Daisuke Hosono!

Even a broken neck was deceived by muscles.
Mr. No Pain, Hiroki Kishimoto!

And Bicke, who I often met in Kings, Nerine, who lived in the same house in NZ.
Excuse me.The girls couldn't think of words that were punchy enough to introduce.

At first, everyone struggled a little, Kishimoto-san was doing low revs that didn't suit him, and Nerine was slammed on the table.

For some reason from the middle
CVB Double Cork VS Kishimoto Double Back Rodeo
In the confrontation.

I was able to win this quickly, but the first time I double-corked at the park was last year's Takasu special kicker.

At that time, I was killed with 1.5 corks, and I was damaged so much that I couldn't move for a while, so I sealed off doing it in the park after that.
The ban was lifted for the first time in about a year, so I can go with a tremendous sense of tension! !!It was a day when I got the joy of saying.

On the way back, I forgot the name outside Arai SA in Joshinetsu Expressway, but I ate ramen as a male member at a ramen shop and went home.

It was fun to skate together because it was my first time in a while! !!
I hope I can see the memories of this day in the magazine soon! !!Editor-in-chief!Thank you! !!
The ramen shop on the way back from the photo. 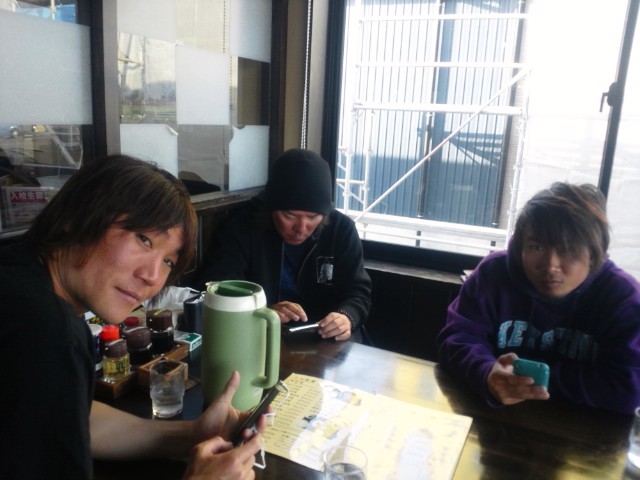