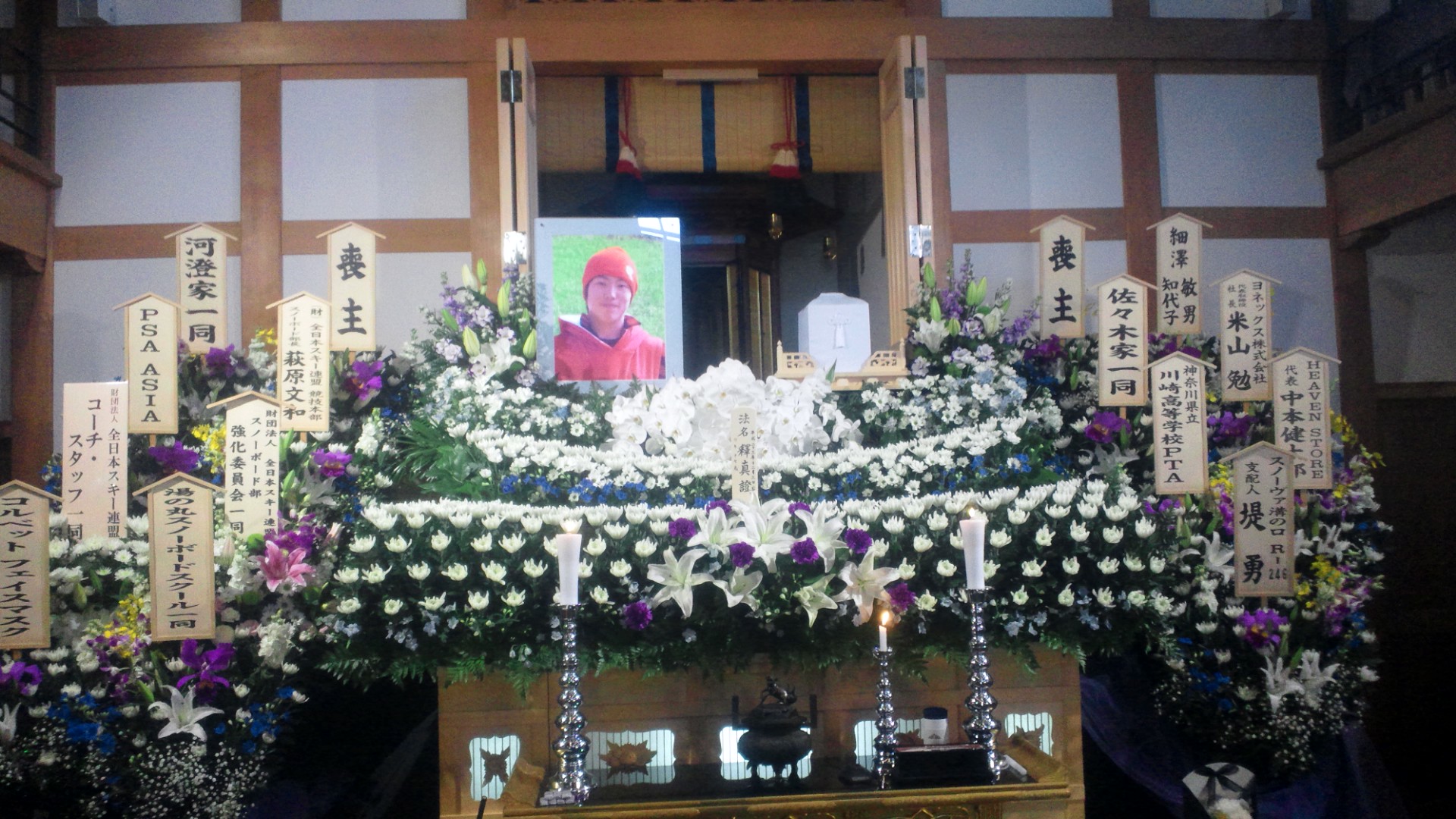 最初
"If you write in such small letters, you may be able to make a lot of margins ..."
A snowboard that everyone wrote while thinking.
After all, everyone's message was packed.It was like the page of a newspaper.

On the day of the farewell ceremony, I was able to talk while pretending to be the bird of the words I sent, but I think I was able to talk to the last minute.
I wanted to talk properly because I couldn't usually say it face to face.

I had a lot of friends this time, I was a senior, and I was given a rider I respect, and everyone
"My friend is a great friend chasing him."
As you might think, I thought I would do my best in public and be afraid until the end.

Well, when I finished talking, I was seen by Kazumi Kiichirou who secretly cried alone in the bathroom and accidentally entered the bathroom, and he got out of the bathroom awkwardly. ..

It was a nice farewell, cold and Mao-like farewell to snowboarding.

I hope everyone who knew this information on blogs and Twitter, rushed to me, gave me flowers, sent me words, and finally helped me to connect with him.

My parents were also grateful to everyone.

Oh, I forgot to say it with the microphone,

I wanted to drink alcohol together after I became an adult.