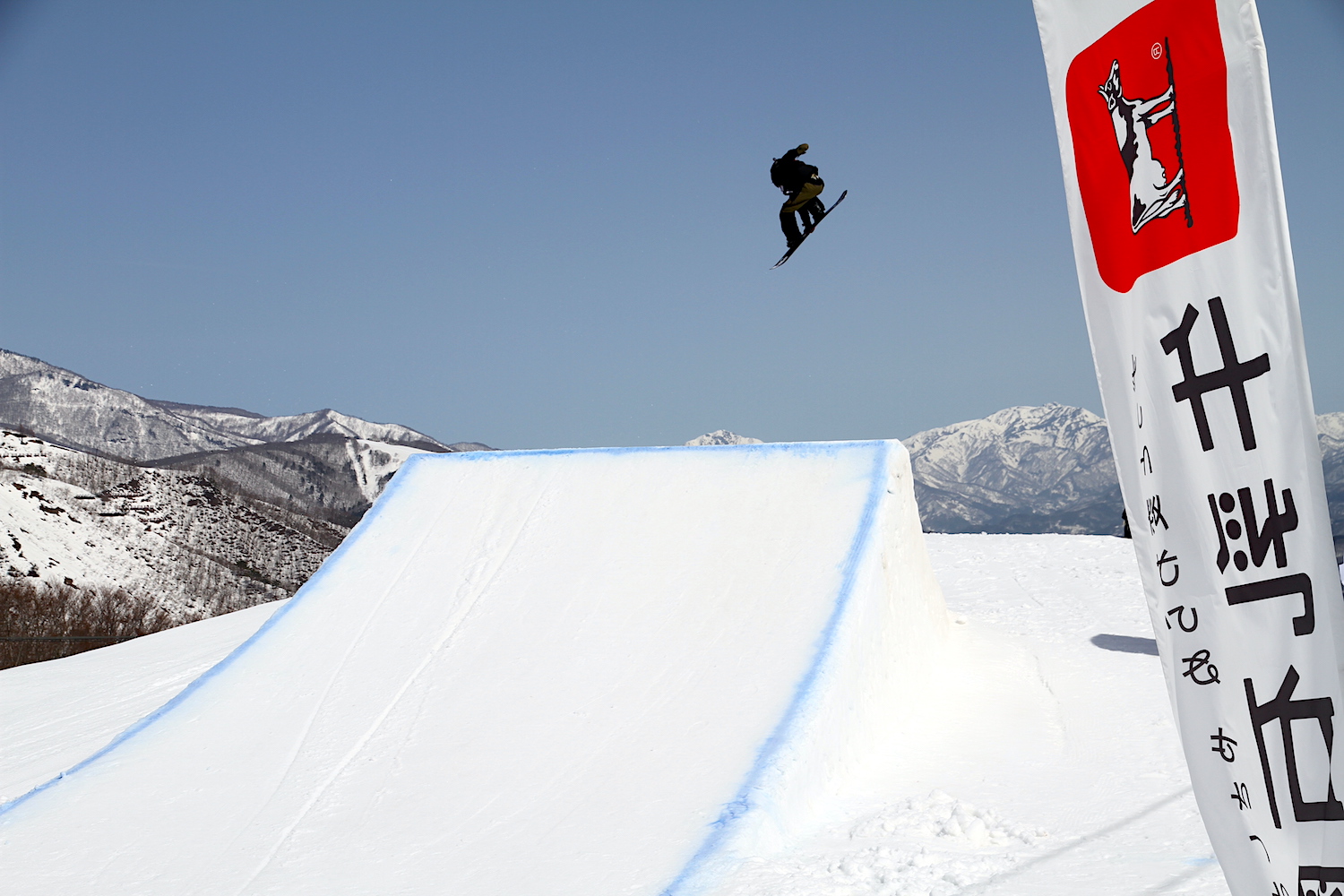 COW DAY started in 2015.While the number of big contests in Japan is declining, the scale, name recognition, and total prize money have increased with each round, and it has become a gateway to the next generation of riders.However, it was canceled two years ago due to lack of snow, and last year it was held online at Corona.This year, COWDAY held a slopestyle competition as an FIS competition set in Hakuba 47, Nagano.

March 3th.In the qualifying round, 29 girls and 11 boys will compete, and with the best points of 39 per person, 1 girls and 2 boys will be able to advance to the final the next day.

The course has a total of 16 sections: flat rail → rail that can be entered from above and from the side R → down rail or kink rail → 12m kicker → 6m kicker → rainbow rail or cannon rail.And what was impressive was that the public practice time was quite long, and 4 to 5 courses could be checked per person.Also, because the approach and items were carefully prepared, everyone was able to perform tricks comfortably without falling into a situation where the speed was insufficient or the edge was eaten by a kick.The tournament started under the concept of rider first.Because it is the riders who have experienced the contest, it was the first thing to think about the participating players.

When I spoke to Ryo Hashimoto, who was the head judge, he said, "Judging the section by dividing it into upper and lower parts, and also scoring the flow in overalls. Of course, the fall will be a big deduction, but at the landing Knee grabs have a low impression, such as large blurring and touch instead of grabs, while I appreciated the lines and styles that are different from other riders. It is important to make clean while attacking. " matter.

As the word says, 18 people who performed aggressive, style-filled and clean runs will remain in the final the next day.

March 3th.The final will also be held with the best point system of 30 per person.There was also a live broadcast, so many of you may already know the results, but let's look back again.By the way, the live broadcast is posted on the WEB as an archive, so if you want to check the slip of all riders,herePlease check from.

A perfect day for the contest, where the blue sky spreads from the cloudy sky the day before.However, the problem was the temperature.It is forecast that the temperature will exceed 10 degrees in the early hours of the morning, and in fact, it will be difficult to speed up in the latter half of the public practice.

However, thanks to the careful maintenance by the digger crew, when the competition started, the first jump was a series of tricks with a long flight time.Especially for boys, the gear was up one step from the day before. Kazuki Saijo who made a mistake in the backside double cork 1 of the jump that continued even though he made the cab double cork 1 from the first run, Shuzaburo Otsubo and Yasushi Negishi who tried the front side 1260, etc. It was up.However, there were many mistakes.

On the other hand, most of the players in the first run had falls and mistakes, and the second run was the game.The winner was Tomoyu Edamatsu, 1 years old, who just won 2nd place in the Big Air of the FIS Junior World Championship and 2rd place in the slopestyle.Backside tail slide 3 off → backside nose slide pretzel off → half cab on 16-270 tail tap off → backside 50 weddle → front side 50 weddle → 720-720 ・ backside 50 off routine The make-up was very stable and stylish.

Finally, Keiji Okamoto, who was the MC of the course design and live broadcast, looked back on the tournament. "Each trick itself can be said to be world-class, but what is different from the top riders is the make-up rate. The fact that there were many mistakes this time should be understood by the participating players themselves, and I understand that it is a future task. But it was really interesting to see the big competition in Japan and the serious slipping of talented young riders. "

Those who won the prize money, unfortunately those who made mistakes and wept.However, there may be future Olympians among them.It was a high-level battle that made me think so.And the idea of ​​maximizing their potential was also conveyed from the management side.After all, the contest that you see in the raw is interesting. COWDAY, which was held on-snow for the first time in three years, had a strong content that seemed natural. 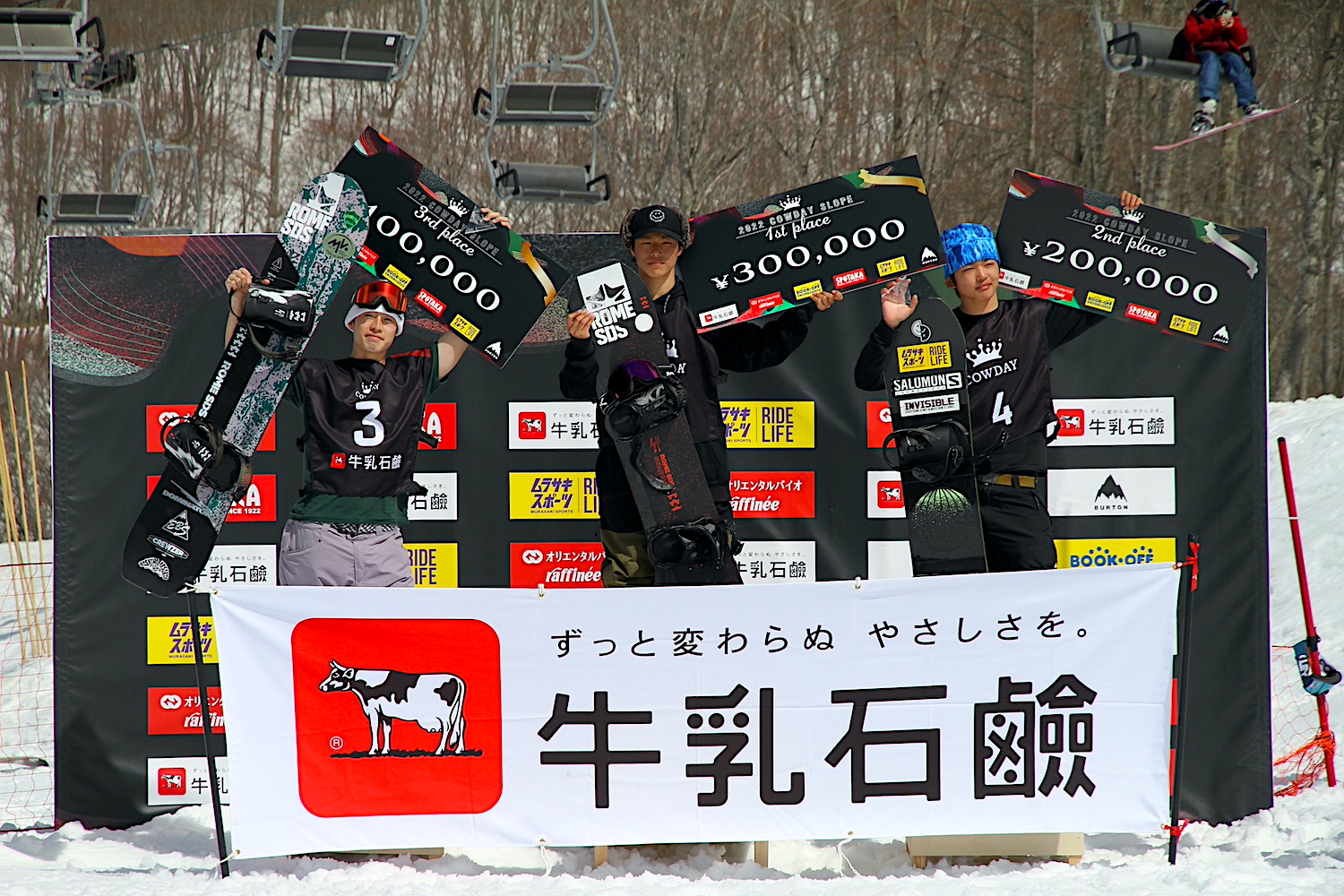 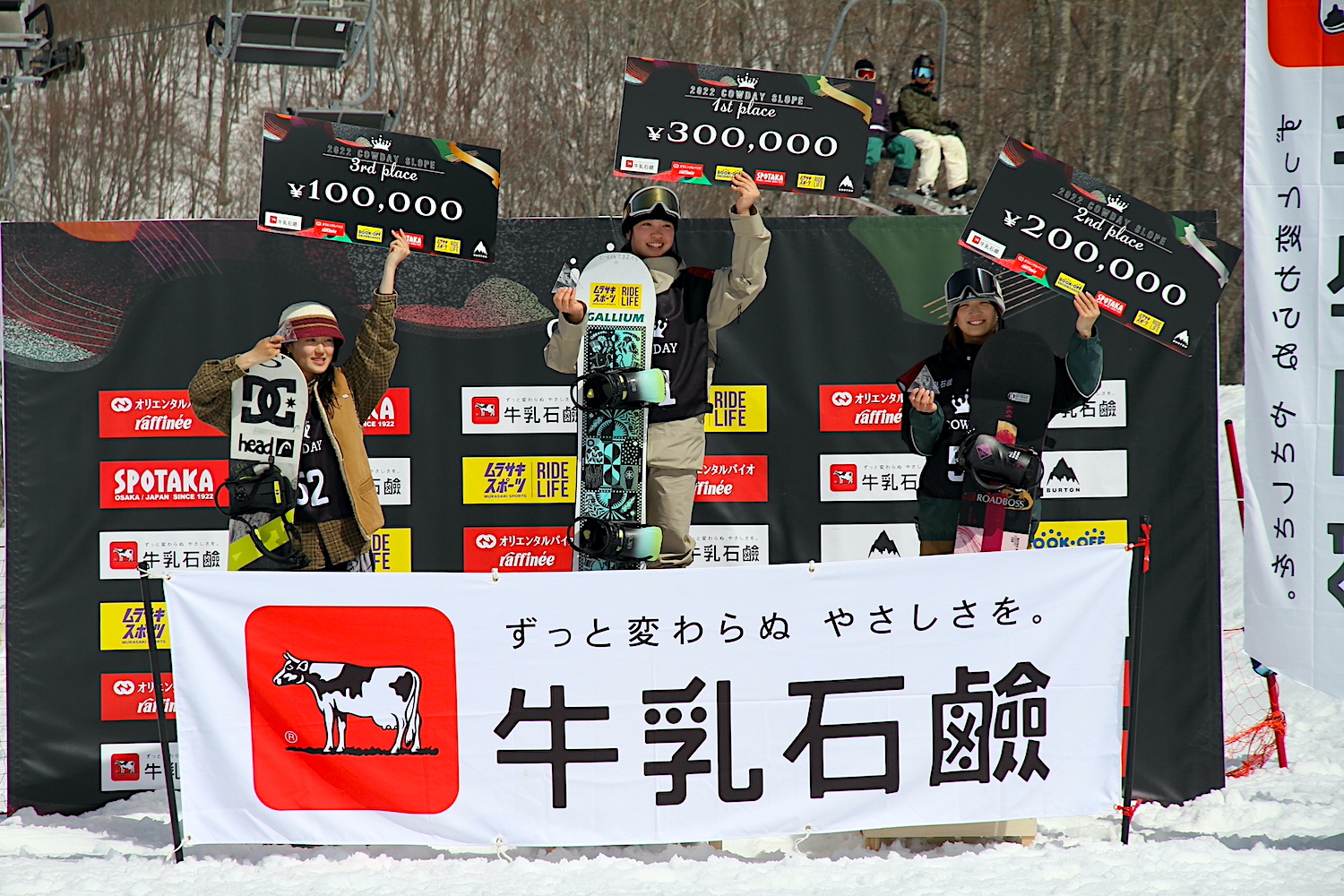 The winners (men and women) of this tournament will post a short interview in this season's FREERUN magazine, so please look forward to that too!

An event management team specializing in snowboarding has been established.Day...

Set in the Osaka Kings, the charm of the Japanese snowboarding environment ...

Instag for the general public at COWDAY2021 ...