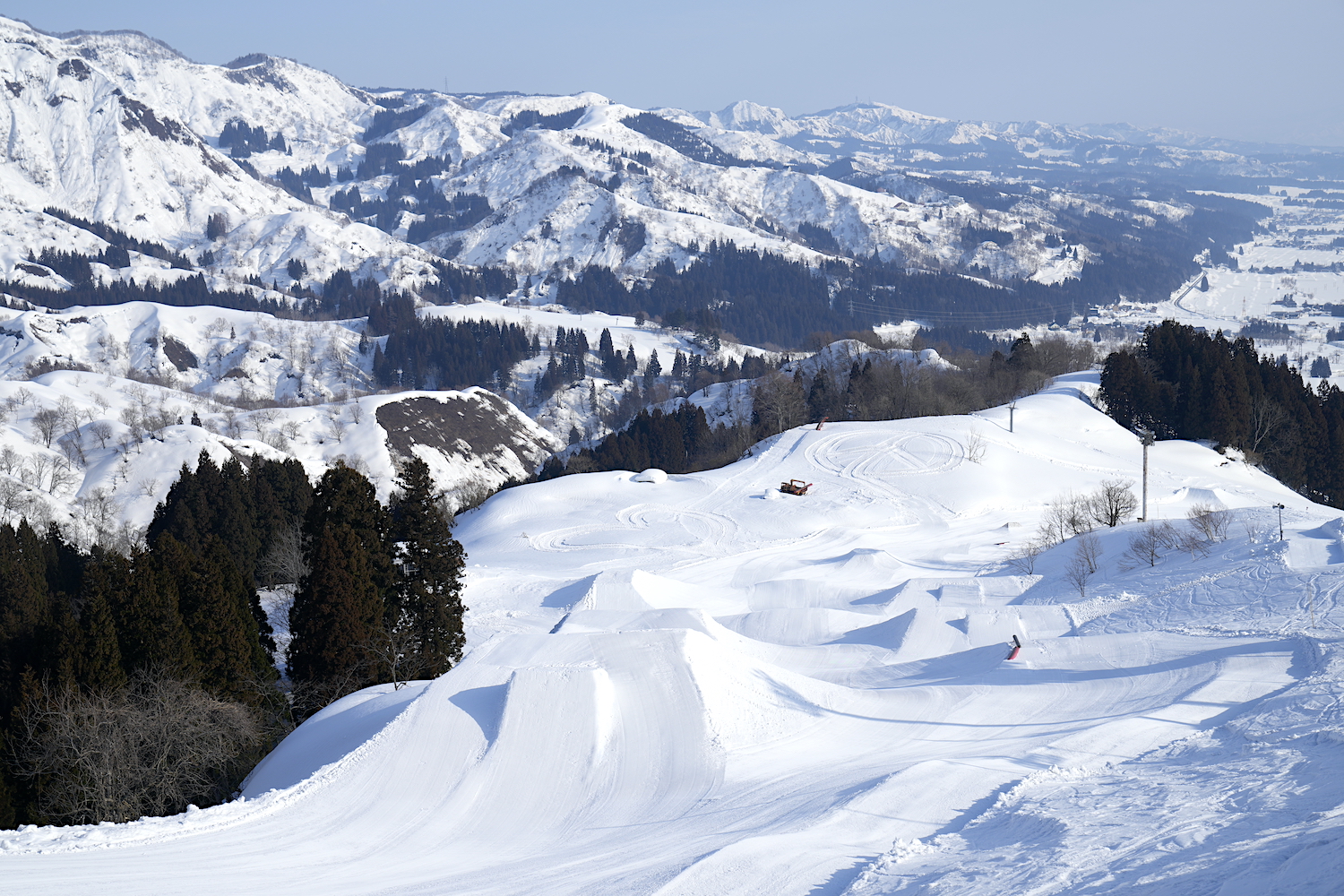 Thanks to the large cold waves that have visited many times this season, there is too much snow in Niigata and Ishiuchi Maruyama despite the middle of March.The items created with plenty of snow are just right to be called the sanctuary of the park.I've slipped into such a park in Ishiuchi Maruyama since I was a childKubota KuyaとHiroki HoshiTwo of the Goofy footers have played out.

March 3.Young mountain freestylers Kuya and Hiroki, who slipped together in the mountains of Canada a few seasons ago, boarded the Sunrise Express in the morning to hold a park session in the sunny weather of Park.

Looking at the park under their eyes, the two were very excited, and the digger crew took advantage of the time it took to maintain the park, and first headed to the top of the slopes to get used to their feet.Seeking a beautiful grooming burn and side hits.

The park opens while I'm slipping a few.Then, not only the two, but also snowboarders and skiers of all ages, from rider class heroes to park beginners, including Hiroaki Kunitake, who won the 2th place at the Beijing Olympics Men's Big Air, became high quality items one after another. I was challenging.

According to Keiichi Koshigoe of SNOWCASE DESIGN, who produces the park, "The concept is a hybrid park that combines terrain, jumps, and jib. You can now play on countless lines such as jump to terrain, terrain to jib, and jib to terrain. I have been challenging this concept for many years, but this season is the best finish. "

Kuya and Hiroki, who said, "It's fun to let the whole park flow," also used the Tourism No. 2 Express to cruise the entire park many times.From here, let's talk about the atmosphere of the park with photos as the main.

Then, when I noticed, it was time to set up the park for lunch, so I decided to have lunch at the restaurant Mont Blanc on the middle of the slope. 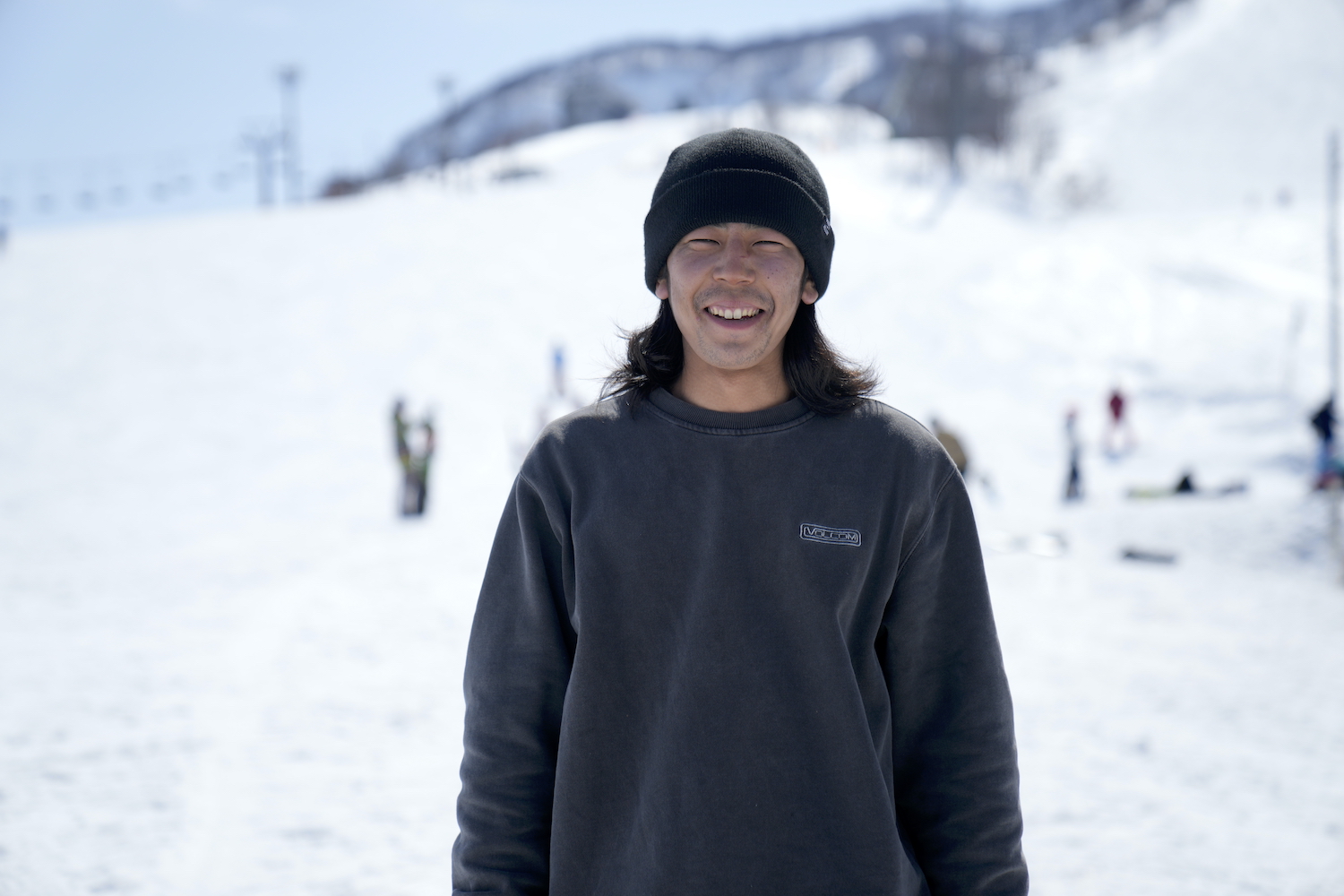 At that time, Kuya talked about Ishiuchi Maruyama Park as follows. "I've been slipping on stones since I was in elementary school, but the kicker's landing has a slope and it's a safe design, and there are items for beginners, so it's still stable. Besides, the slope is also maintained. The items are lined up in spite of the terrain, so you can enjoy the whole thing. I don't like parks that stop every time. I like the stone-beating parks that you can enjoy on the line without jumping. My favorite item is Hips after double kicker. It doesn't seem to be that size, so it's really interesting. " 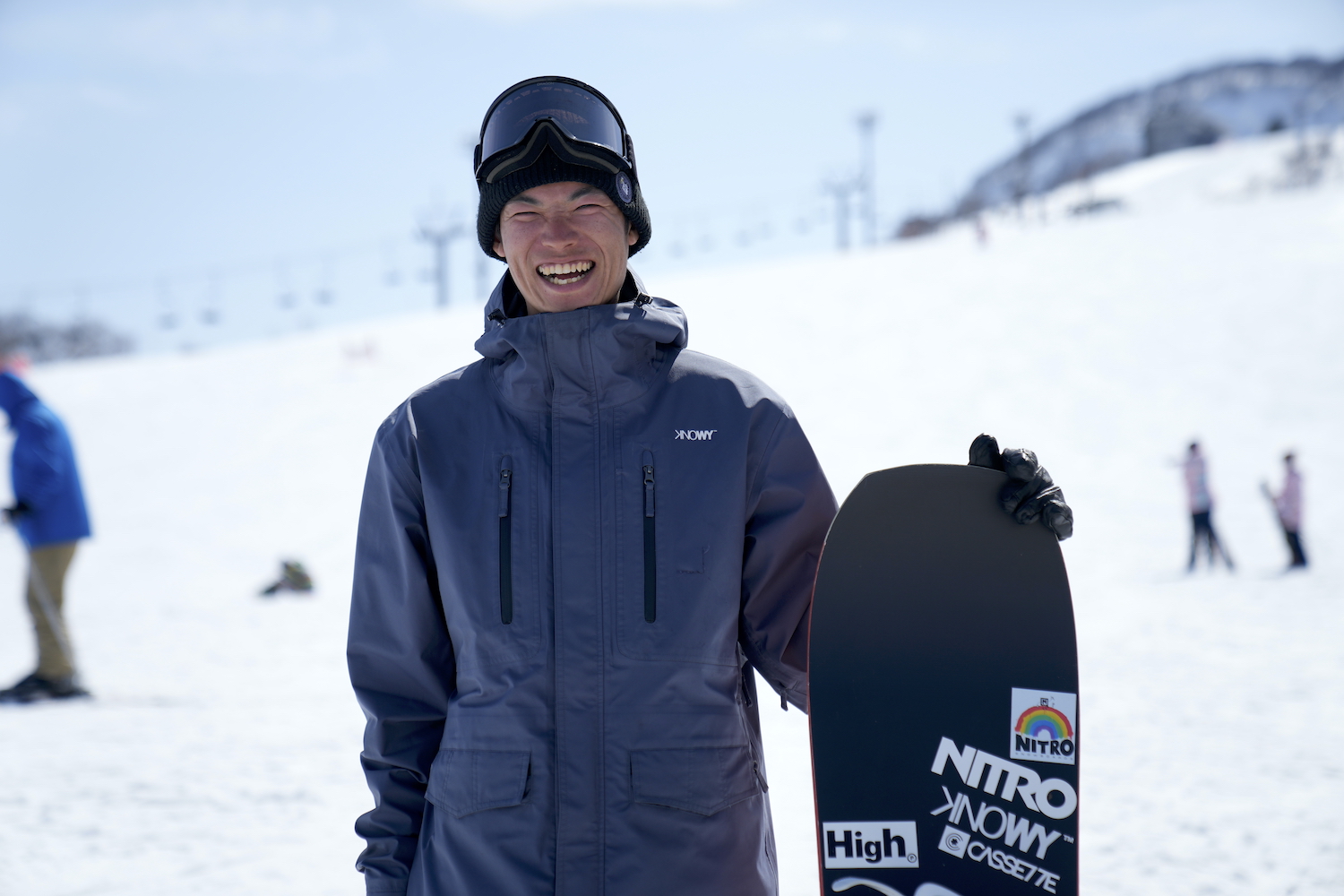 On the other hand, Hiroki of Uonuma local said, "I'm really tired of drawing various lines depending on my imagination because the side of the base of the kicker is shaved. This season there is a lot of snow and the swell of the terrain is especially amazing. From this year, we introduced a new snow-packed car called Park Pro, and because the landing burn has a slope more than before, the kick is also up and the feeling of weightlessness when flying is irresistible. It's safe and everything is in good shape because it's a person who is attacking hard. "

It goes without saying that the two hungry people headed for the afternoon park session as soon as the park was finished.