Speaking of Ishiuchi Maruyama, various evolutions have been made, such as the early introduction of a terrain park in Japan and the establishment of a state-of-the-art combination lift.Such Ishiuchi opened the long-awaited tree run area for snowboarders in the 2020-21 season, and has made further progress.
A local rider who has been skiing on Ishiuchi Maruyama since he was littleAya SatoHowever, a real report of Ishiuchi's Deep Powder DAY.
Text: Aya Sato
Photo: ONOZUKA AKIRA 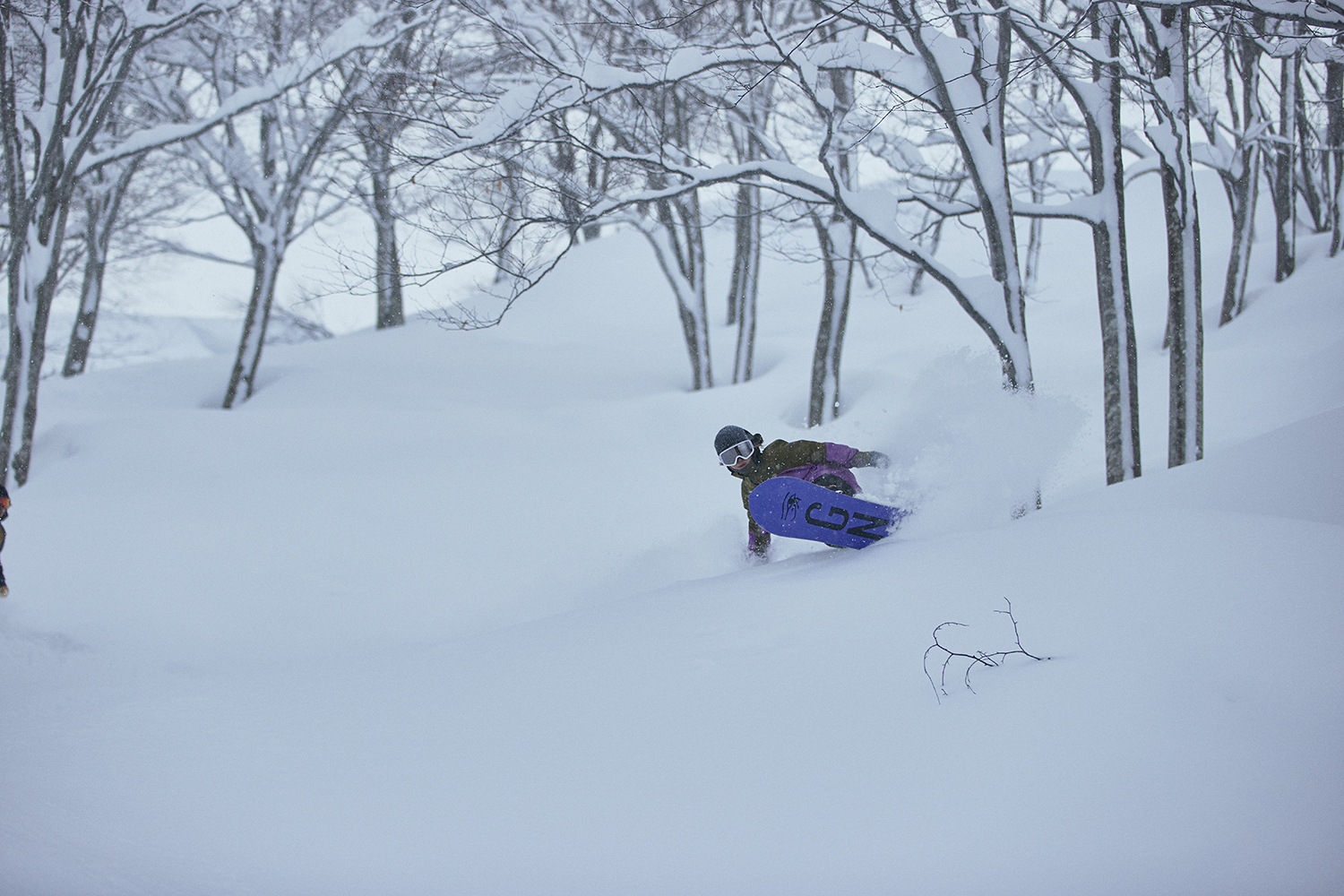 Including the tree run area, new attractions are appearing one after another!

Minami Uonuma City, Niigata Prefecture, where Ishiuchi Maruyama is located, is one of the most heavy snowfall areas in Japan.It is an area with tens of centimeters of snow overnight when a cold wave comes.It would be good news for all snowboarders to finally be able to do a tree run with such a stone strike. 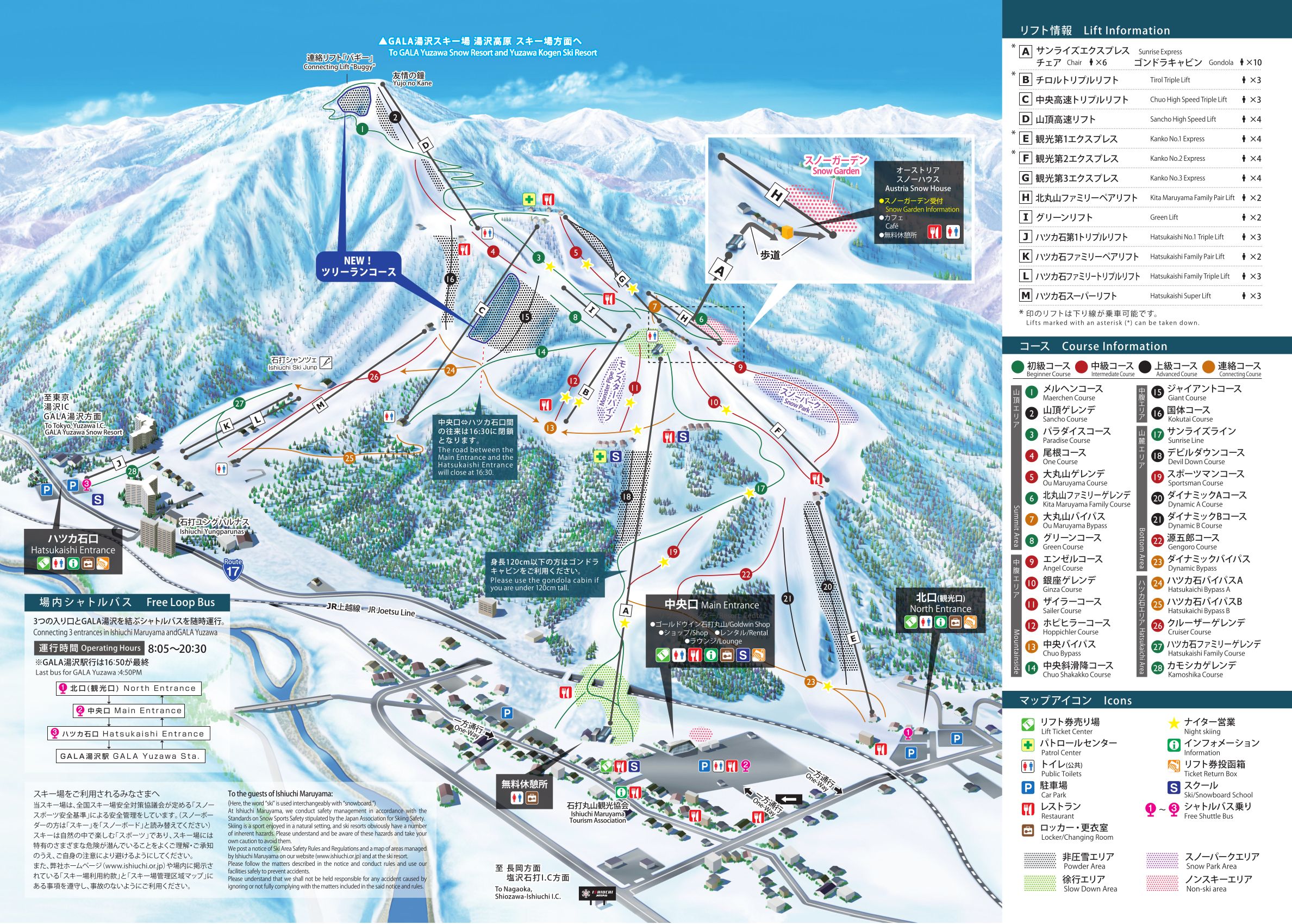 Two tree run areas have been newly opened.First, let's introduce the mountaintop area.When you get off the mountaintop lift, walk around to the back of the "Friendship Bell" on your left, and you will see a sign indicating the entrance to the tree run area.The area around the signboard is covered with snow, making it easy to walk.

The pink ribbon tied to the tree is the border between the tree run area and the outside, so be careful about that and enjoy yourself. 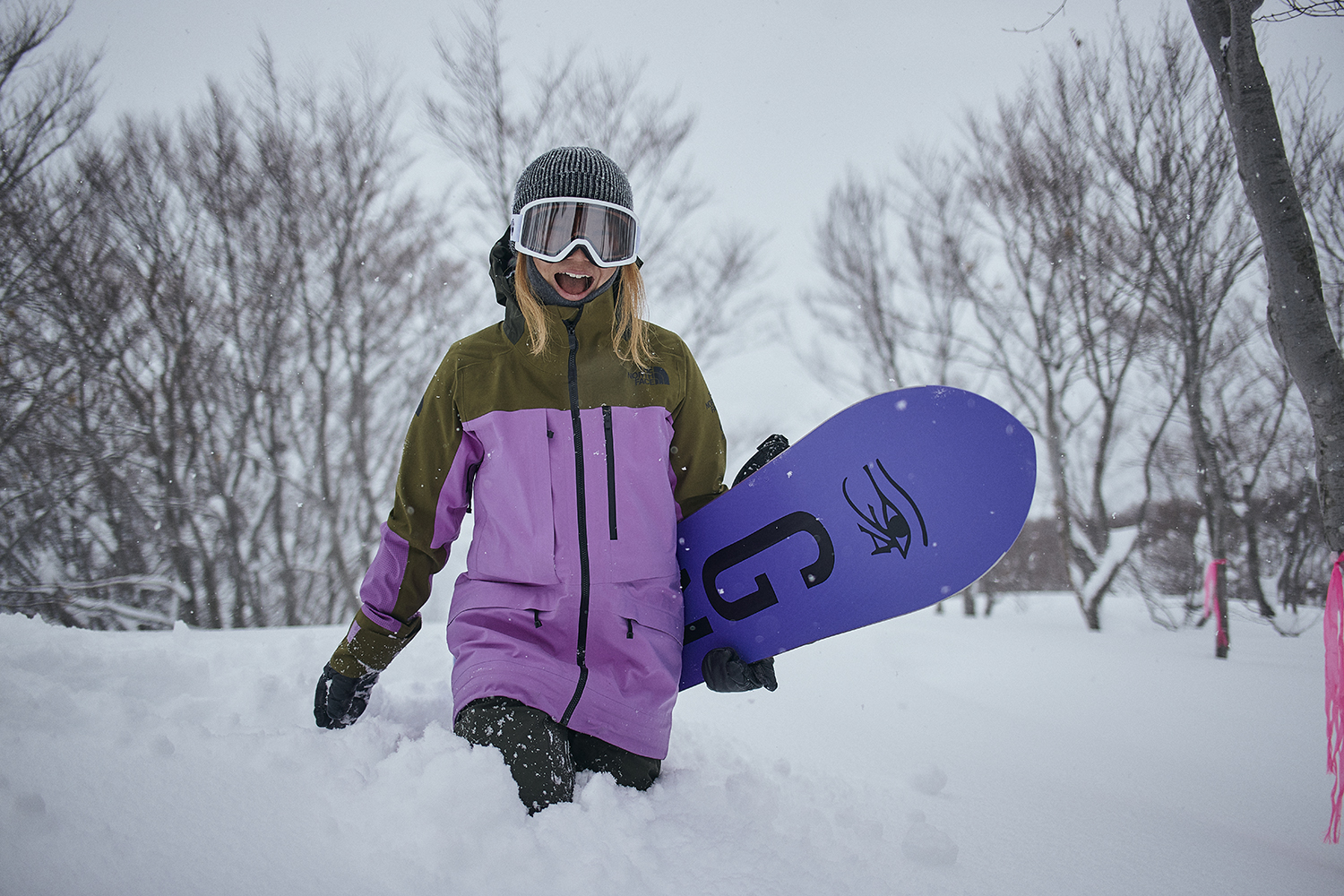 The shooting day is a deep powder that just says "This is Niigata!"On such a day, the best plan is to head to the top of the mountain immediately when the lift opens and aim for the first track of the tree run.

There are several swamps in the mountaintop tree run area, and it is interesting to be able to choose which swamp to drop.Since the intervals between the trees are different in each swamp, you can choose a line that slides according to your mood, such as when you want to enjoy powder relaxedly or when you want to capture a small tree.It is good to attack in order from the end of the swamp, or to slide the same swamp many times and capture as much as you want.Even in the morning when you are a little late, if you look into the next river, you will often find that there is no track, so don't be impatient and find a little-known spot.

After passing through the tree run course, you will be on a detour, which is an existing course, so you don't have to take off the board after enjoying the powder, and it's nice to be able to go straight to the lift platform.

You can also apply powder on the side of the course on the way to the lift platform, or slide on a large grooming barn to your heart's content.

We want you to enjoy the mountaintop area until you are full while having a strategy meeting with your friends on the lift.

The second tree run area is the giant area under the Chuo Expressway triple lift.This area is a little longer than the mountaintop area, and the undulations are also severe.There are many hit points such as mini mash, so you can feel the adventure that makes you forget that you are on the slopes.

Unlike the mountaintop area, this area can be accessed without taking off the board, so even those who find it troublesome to walk can easily enjoy the non-compacted snow area.
In fact, it may not be well known that this spot is as spectacular as the mountaintop area.There are many points in Ishiuchi Maruyama where you can see the famous peak of Echigo Yuzawa, Iijisan, but in this giant area you can aim for a spray shot with Iijisan in the background.

On a clear day, there is a timing when you can see the mountains in the back, so it may be an ant to enjoy a photo session with your friends aiming for the best shot.

After enjoying the tree run, take a break at the cafe 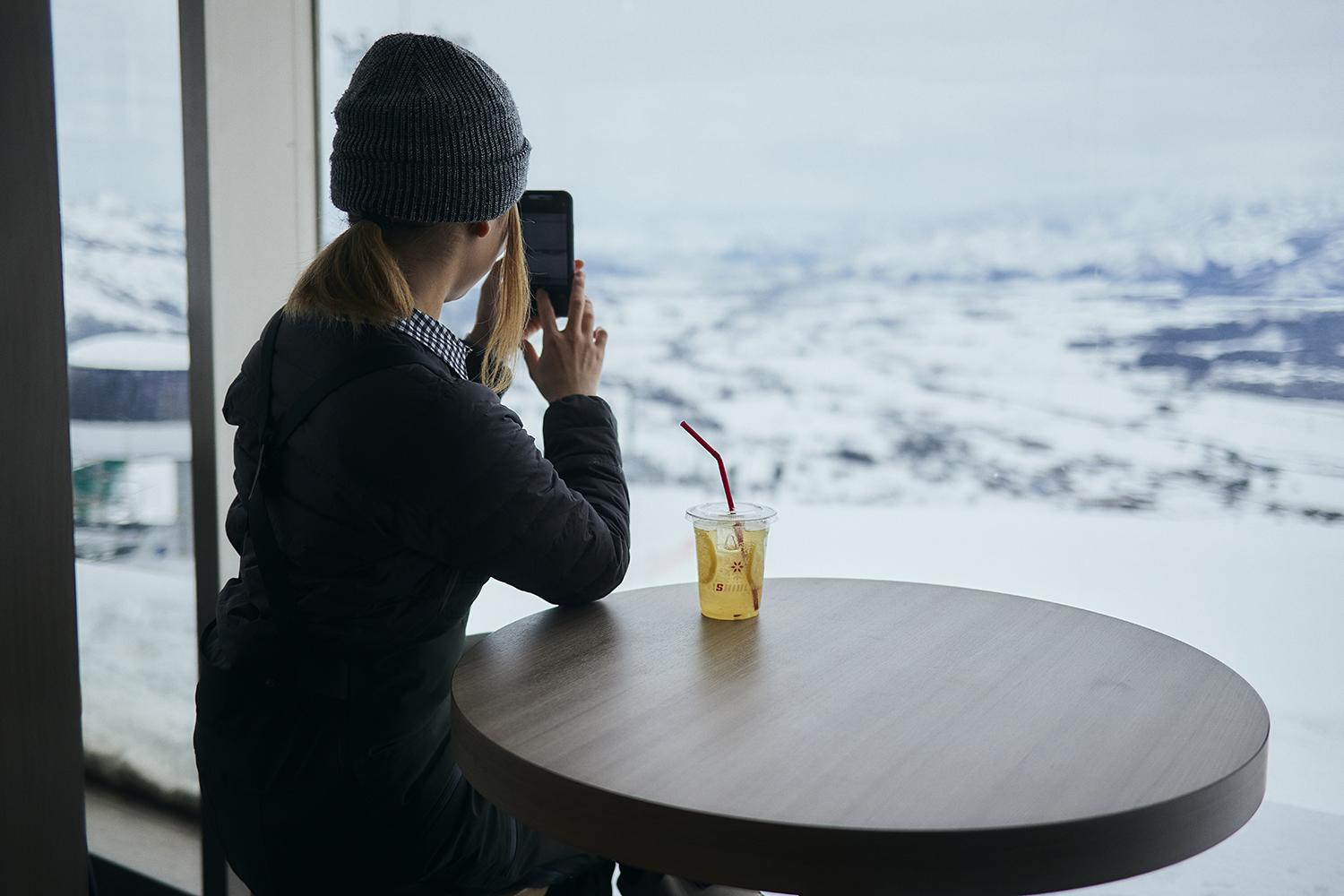 Enjoy the two tree run areas from the morning, and if you get a little tired, take a break at the Austrian Snow House in the middle of the slopes.You can warm up slowly in the fireplace while looking at the Uonuma Plain.My favorites are lemonade and pancakes.While deliciously replenishing sugar, gloves and goggles that had been dried in front of the stove are ready for the second round.

In the afternoon, a session at the terrain park, which is synonymous with Ishiuchi 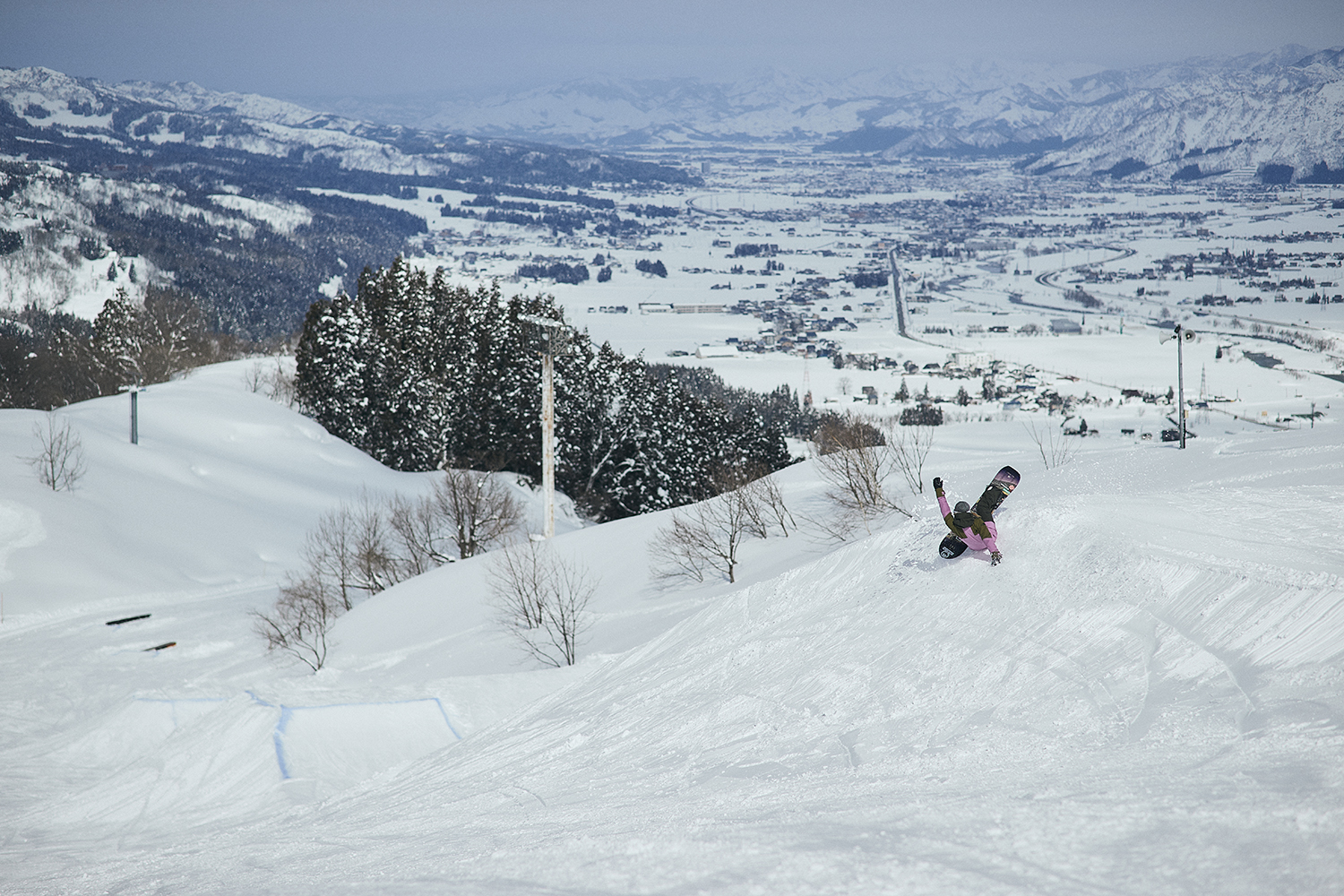 After the best powder condition time, head to the stone-beating terrain park.This terrain park is designed and created by a snowboarder operator, so the connections are perfect.Jumping is also the easiest to fly in Japan.
Also, this season, it seems that a dedicated snow-packed vehicle specializing in the creation of snow parks will be introduced.As a result, expectations are high for Ishiuchi Snow Park, which will not only improve the quality of the main park, but also increase the volume of the beginner area and introduce jib items. 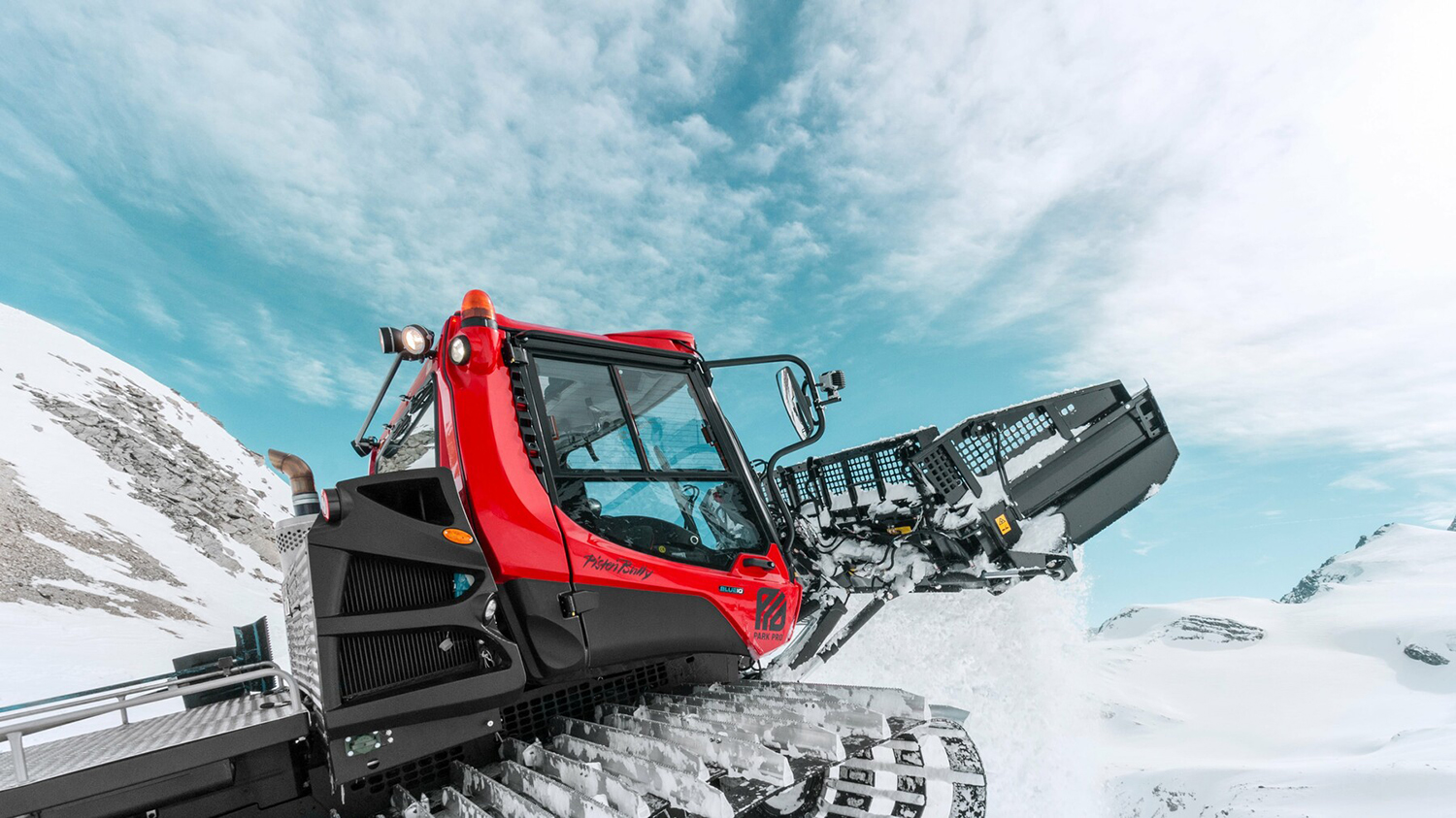 In addition to that, Ishiuchi can glide on all-mountain snow skates!Of course, it is also possible to explode the terrain park with Snosuke.There shouldn't be many ski resorts where you can ski in the permanent park.That's why, while paying attention to contact with snowboarders and skiers, I would like you to attack the park that is proud of Ishiuchi even with snowboarders.

Ishiuchi Maruyama has evolved further and you can play as much as you can from morning till night.Easy access from the Tokyo metropolitan area, and a good location just off the Ishiuchi interchange and Yuzawa interchange.With the news of snowfall, it would be possible to aim for the next morning's session.

Please catch the latest information on Ishiuchi this season and have a great day.

This season's Ishiuchi Maruyama became an IC ticket due to the introduction of the auto gate system. We have introduced a time ticket system that allows you to start your one-day ticket from any time, and even night games can use it.A flexible way of enjoying is possible according to the user's style.Purchase is a great deal in advanceOnline salesGo to (early discount now)!

Profile
Aya Sato
Born April 1995, 4.Lives in Tsunan Town, Niigata Prefecture.
Under the influence of his parents, he started snowboarding at the age of 3 and has participated in half-pipe competitions since he was in elementary school.After that, he obtained a professional qualification in the first grade of junior high school.After entering Waseda University, after 10 years of half-pipe activities, he changed to a slopestyle and entered the contest as an all-Japan strengthening player.After graduating from university, he returned to his hometown of heavy snowfall, Tsunan Town, Niigata Prefecture, and is currently working on activities to spread the charm of snow and its circle through snowboarding.

STAMPED a story about Ay ...

A stone with a comfortable environment for girls snowboarders ...