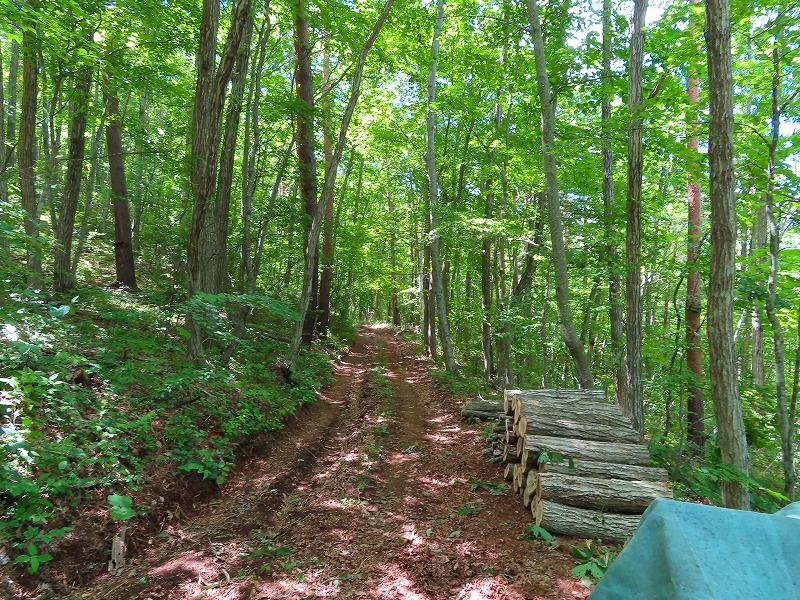 The self-cutting forestry forum was successfully held on Saturday, July 7!
About 6 people from 60 prefectures participated!
In addition to active forestry workers, there are many people who are inexperienced but interested!
To all of Protect Our Winters Japan, a general incorporated association,
Patagonia, BURTON Karuizawa, Snowboard Instructor,
Triathlon officials, college students, etc. participated!

Despite the short notice period, many people participated,
With everyone who wants to take action on building a second career and environmental issues
I was very happy to be able to make a new connection!

This forum is thanks to the backup of the Self-Cut Forestry Promotion Association.
Only one year since the self-cutting forestry sports project was launched,
It was possible to realize it in just half a year since the establishment of the general incorporated association Enrich Athletic.

First of all, in the opening remarks, four years ago, 4 friends told me.
“Think of forests as resources, not just for tourism,
Forests are a treasure trove just by changing the way they are used. "
I introduced this shocking word. 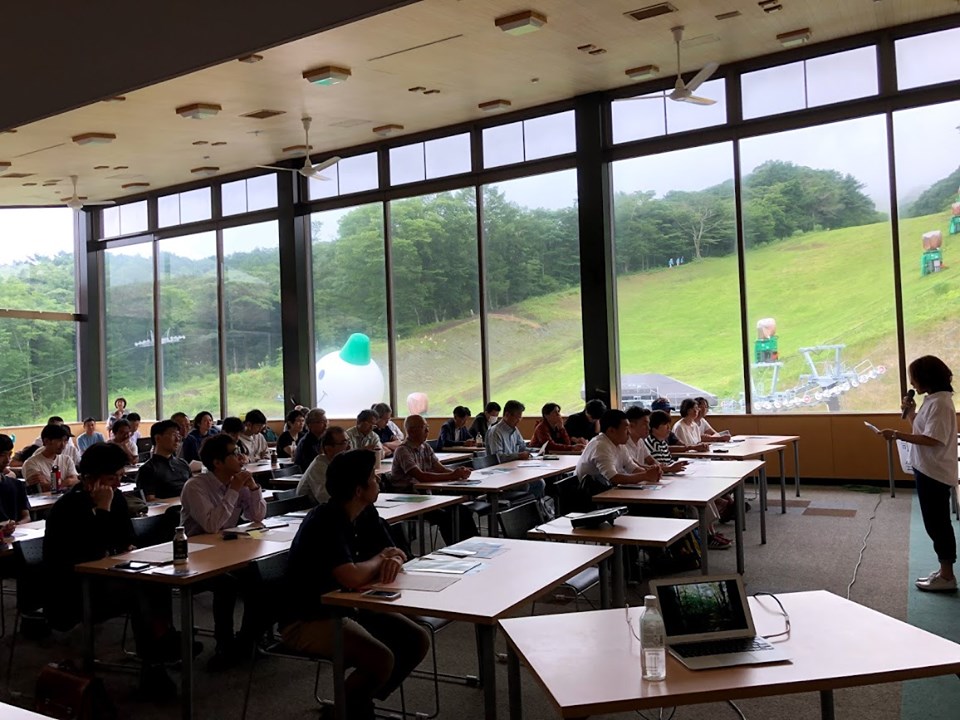 And the first part is by Mr. Kento Sawada of Niseko, Hokkaido (Hokkaido broad-leaved tree multi-thinning self-cutting forester)
"Introduction of hardwood operation".Hokkaido, which has a long snow season, does not do forestry from December to GW. Working hours a day are about 12 to 1 hours.He explained in detail the utilization and effects of hardwoods using photographs.I still don't know what to ask, but I would like to learn a lot from the hardwood operation at the snow resort and the good models of Niseko in the future! 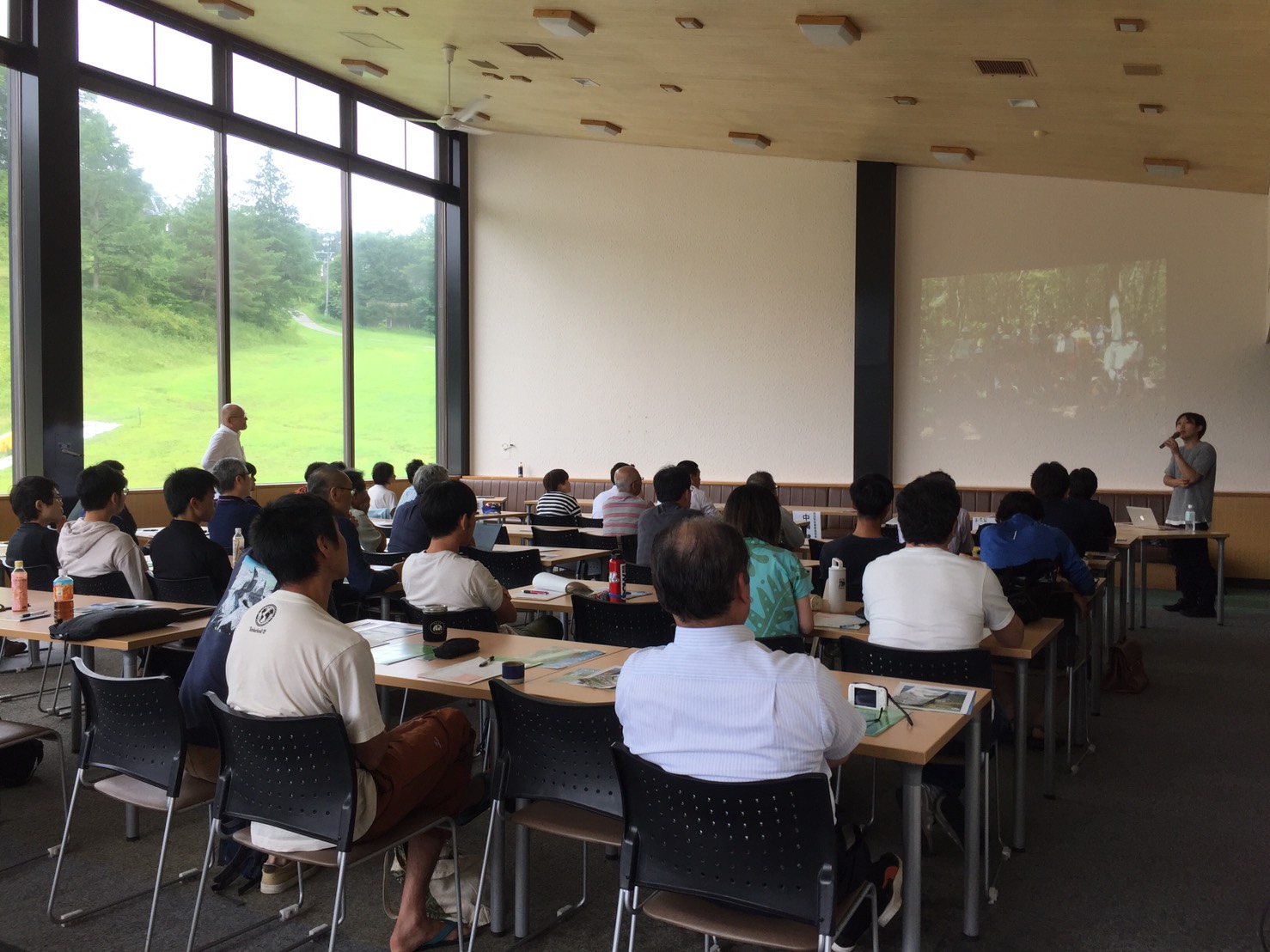 The second part is a lecture by Mr. Nakajima, the representative director of the NPO Self-cutting Forestry Promotion Association.While introducing the self-cutting forestry that realizes the verification of large-scale clear-cutting forestry and the creation of a sustainable environment-friendly forest, he proposed a broad-leaved tree multi-thinning business that fosters a landscape and environment unique to Karuizawa.
This is the third time I've heard Mr. Nakajima's lecture, but the content is updated every time, so it's very educational!Lectures are given all over the country, so if you are interested, please come and join us!
(Click here for details →https://zibatsu.jp/news/）
And this time, the most memorable thing was the words, "Nagano can start over." 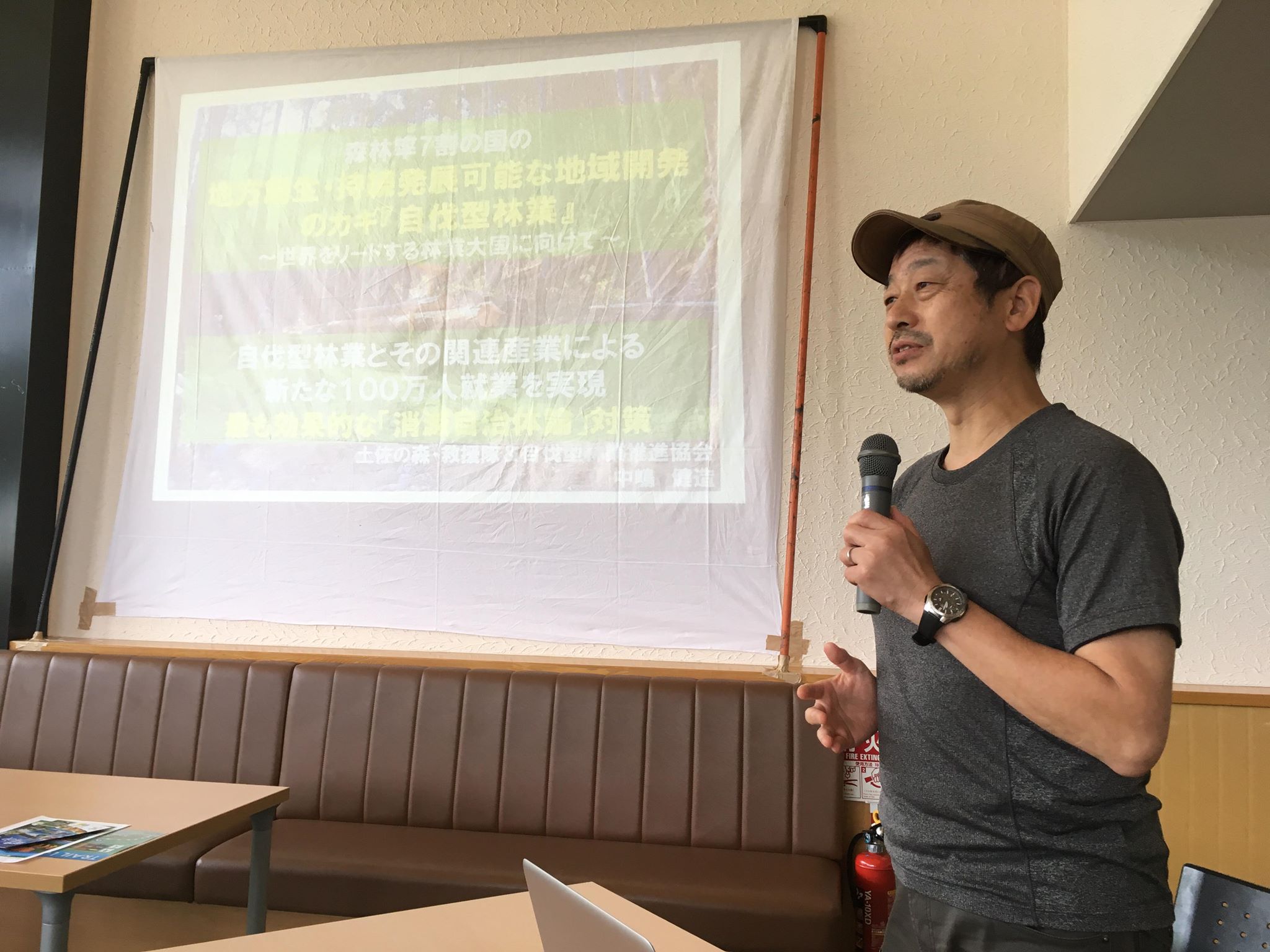 In the third part, after introducing the panelists themselves, we had a discussion with everyone at the venue.Mr. Sawada and Mr. Nakajima were asked a lot of specialized questions about self-cutting forestry.In addition, Mr. Shimizu, a rice farmer, introduced agriculture and proposed a side business of self-cutting forestry and agriculture for those who wish to move.Protect Our Winters Japan Takada, a general incorporated association based in Hakuba, will introduce the activities of POW, which works with skiers / snowboarders to tackle the problem of global warming in order to protect winter and snow, as well as the problem of climate change. I was introduced.It was a very easy-to-understand and inspirational speech, so I will introduce it as it is!

"To solve the problem of climate change, it is necessary to return the amount of carbon dioxide in the atmosphere to normal levels, and efforts are being made all over the world to reduce carbon dioxide emissions. Since the progress of climate change cannot be stopped by itself, attention is being paid to the viewpoint of not only reducing emissions but also absorbing carbon dioxide. "
"As you know, plants absorb carbon dioxide during photosynthesis and grow.
Carbon is also accumulated in the soil due to soil organic matter produced by the return of plants to the soil.
Forests and satoyama are exactly the fields we play in, and if the place contributes to global warming control, we manage the forest in a way that is as sustainable as possible and better for the natural environment and the local economy. I wanted to learn how to go. "
"I understand that self-cutting forestry is just one form of it, and the story of the program that implements it at this ski resort called Karuizawa Prince was also fascinating, so I participated today with the hope of learning and connecting. Did." 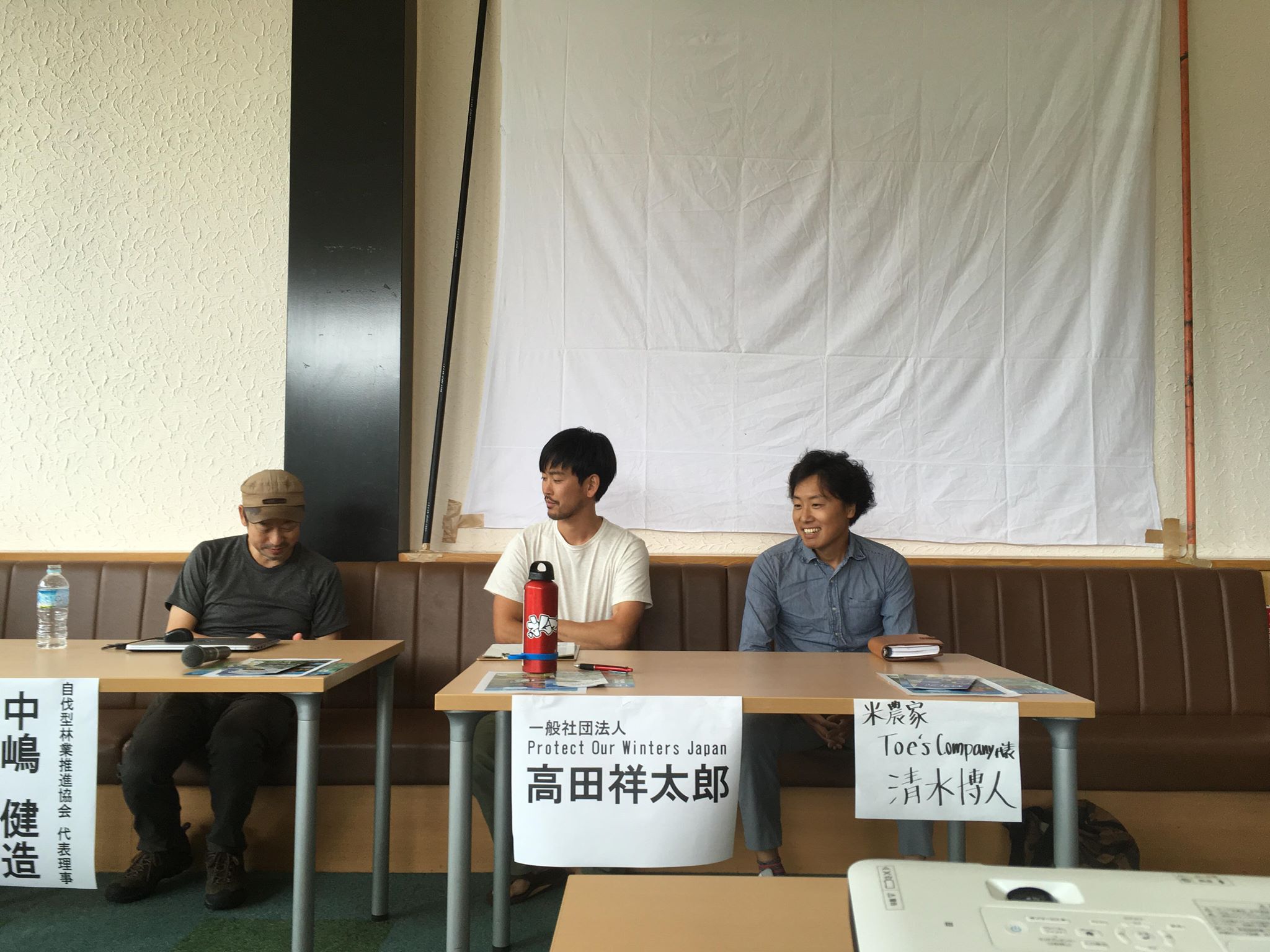 From my point of view, I was interested in self-cutting forestry for "building a second career," which is a continuation of the snowboard training activities that I have been working on for 17 years, and snowboarders collaborate with ski resorts in their field. However, I introduced the vision that by improving the forest and utilizing the forest, it will be possible to revitalize the ski resort throughout the year and protect the snow.

To build a second career as a way to continue the world
When you step out of the world of snowboarding
I was also able to connect with everyone at Protect Our Winters Japan again.

I thought that nothing would change even if I (individual) moved
Take action to improve the world by taking a step forward and connecting
I might be able to wake it up.I had such hope.

A great start, and here is the real thing.
I would like to take action on various possibilities and share them!
Thank you for your continued support!