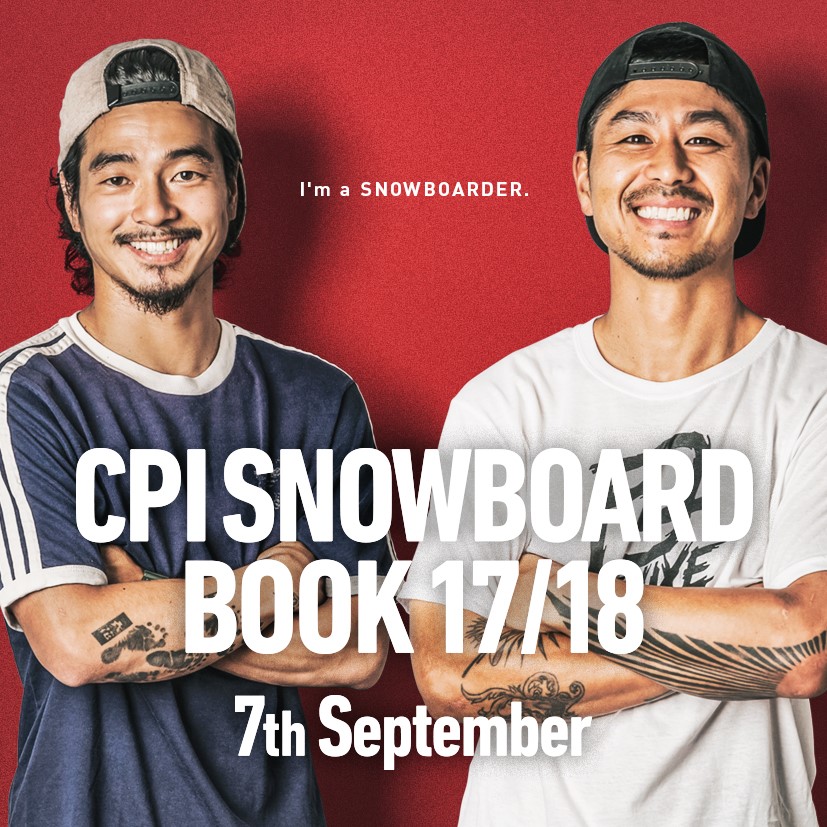 A dream dialogue between Tadashi Fuse and Kazuhiro Kokubo has come true!

"CPI SNOWBOARD BOOK 17/18" with the special contents will be released on 9/7 (Thursday).

On the SNS of the above brand, Kazuhiro Kokubo on August 8th and Tadashi Fuse on August 13th posted a post using the catchphrase "I'ma SNOWBOARDER" using portrait photos of the two. The post was a hot topic in various fields, saying "This is what it is !?", but it seems that it was a campaign accompanying the release of this brand BOOK.

Actually, the cover of this BOOK is a combination of the dreams of Kazuhiro Kokubo and Tadashi Fuse, and the contents are not just a catalog, but about 40 pages that are readable and convey the charm and background of the brand.

Furthermore, at the end of the book, it seems that there is a special content of a dream dialogue between two riders who are proud of Japan, "Kazuhiro Kokubo and Tadashi Fuse".Probably the world's first talk between the two, as a snowboarder, you can't miss it!

This BOOK can only be read at "snowboard shops" nationwide that handle the above brands, and can be viewed at stores from September 9th.

Let's take this opportunity to visit the "Snowboard Shop", see the brand BOOK, get excited about snowboarding, and prepare for winter!