March 2019-3, 9.A festival for general snowboarders without sponsors, "AM JAM," was held at Kandatsu Ski Resort in Niigata Prefecture.In this tournament, which will be held for the fourth time this year, two new classes "Style Class" and "JIB Class (Amajib)" will be added as a new attempt, giving a wider range of general snowboarders a chance to showcase their skills. It became.

Beginner class
On 3/9 (Sat), a beginner class and a style class for one-make events were held.The jump zone that will be used in the open class the next day is a special course created by SCLOVER PARK Digger led by Atsushi Ishikawa.In the beginner class, where many snowboarders enter the tournament for the first time, a wide range of snowboarders up to the age of 40 enter.

Middle class
The middle (style) class, which was newly established this year, is open to those over 20 years old, and as the name suggests, only the style is competed at the discretion of the judge.It is very important to create such a class in order to value the most important style of snowboarding, not just the number of revolutions and the difficulty of the technique. 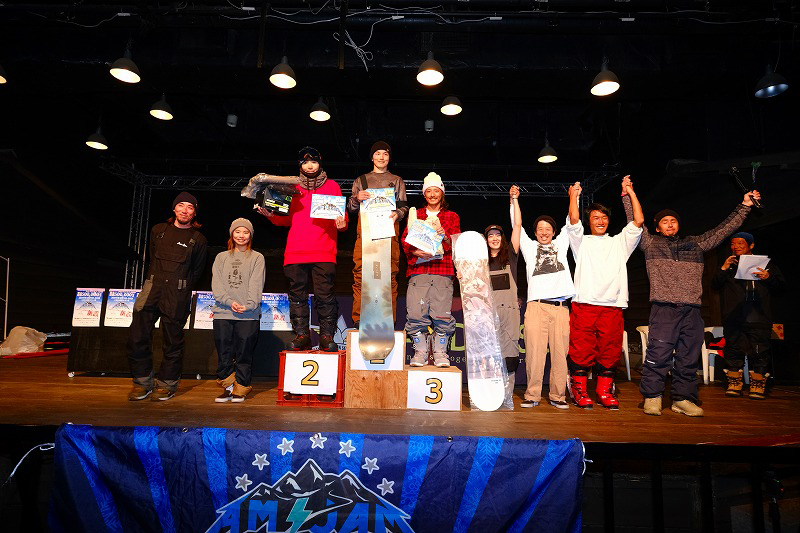 AM JAM's first attempt at JIB class, commonly known as Amagib, will be held on the night of the first day.The battle stage was specially placed in front of the parking lot.With the cooperation of many volunteer staff, the normally flat barn changed to the JIB zone in less than an hour.Even though it was night, many spectators gathered and the fighting of the players was fought in a good atmosphere illuminated by the lights.

There were many hot participants who ran as hard as they could and returned to the starting position in order to show off as many of their usual slips as possible on this special stage. 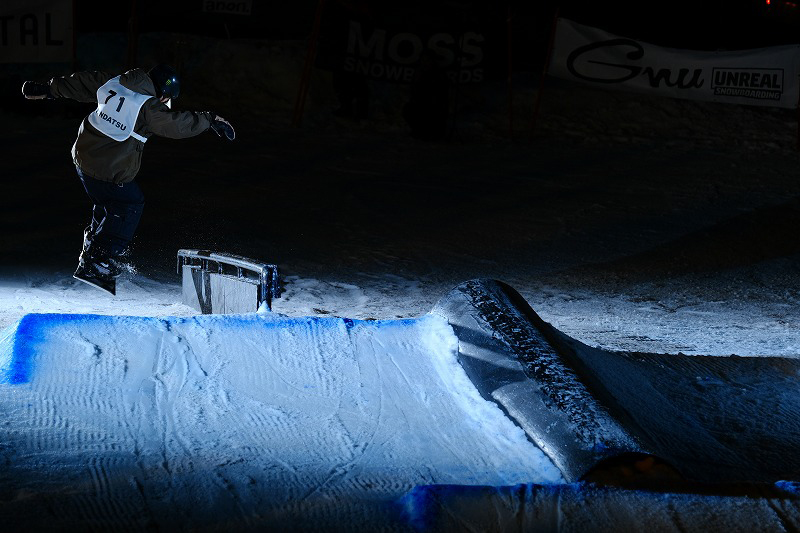 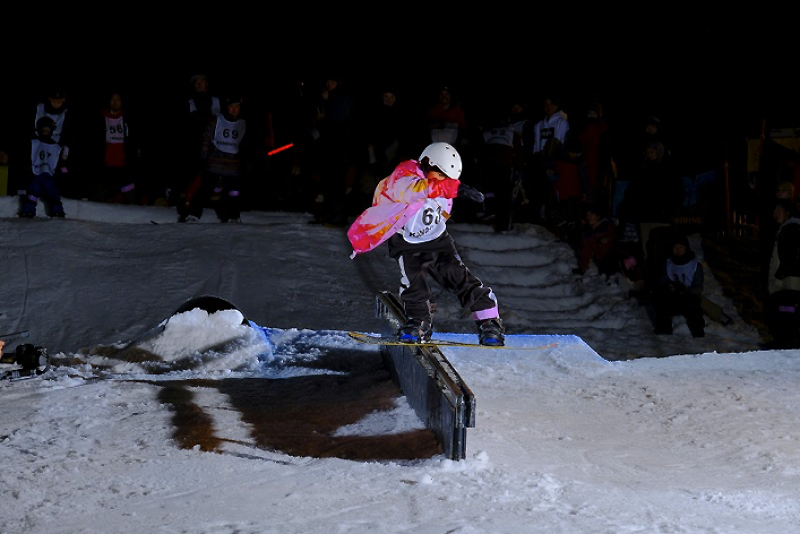 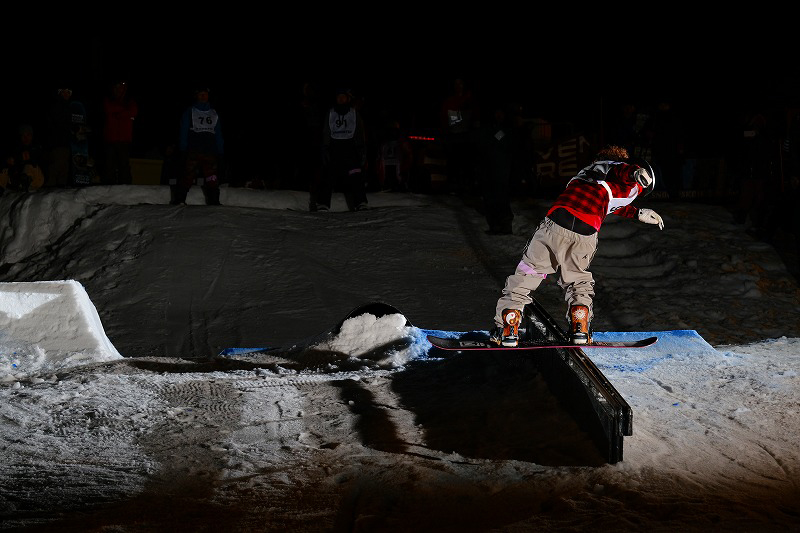 The next 10th is an open class in which a total of about 100 men and women participate. The second day was also an unexpectedly sunny day for the tournament. 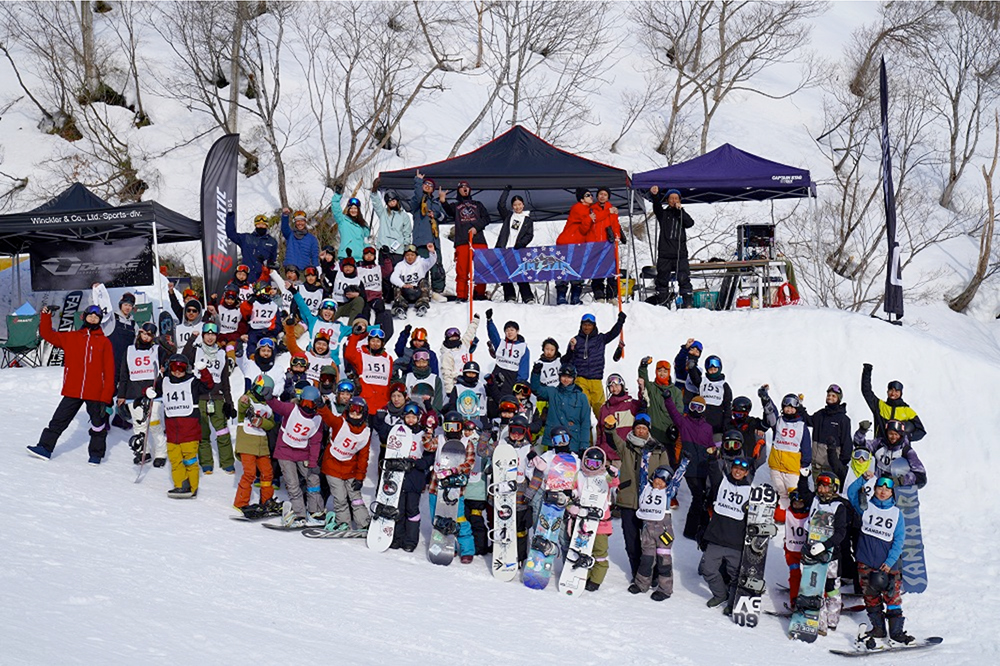 One of the attractions of AM JAM is that active and popular riders are involved. CVB Arai (Choco Vanilla Ball Arai) who entertained the venue throughout the two days, and the cool Tsukkomi by Norifumi Rosaki, who is the MC at a famous domestic tournament, will be so much fun that people who come to the venue will just remember and laugh. Name combination MC.

Please listen at the venue next time! 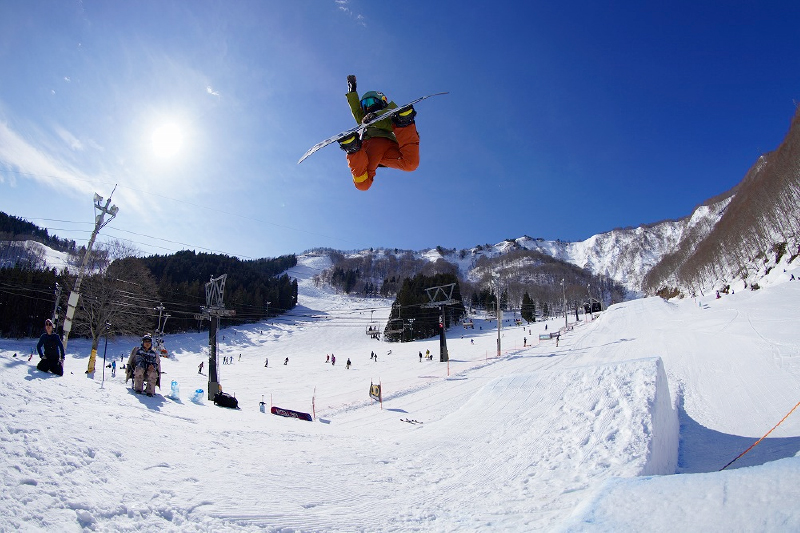 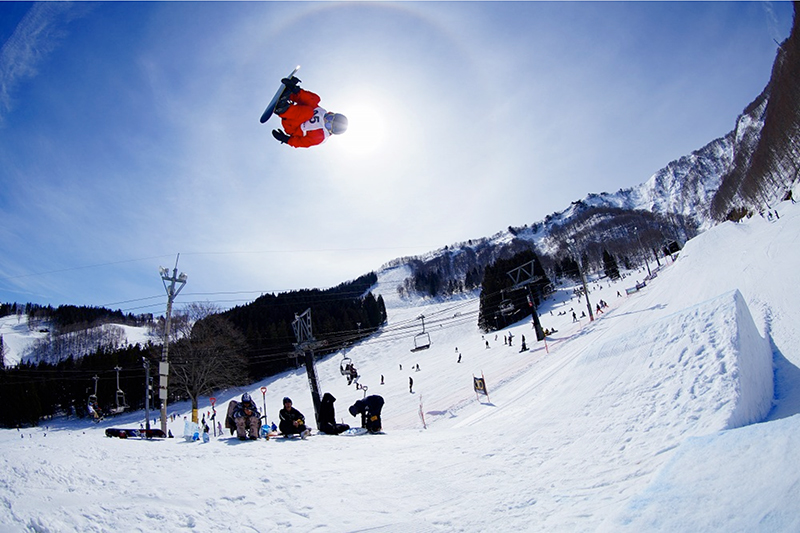 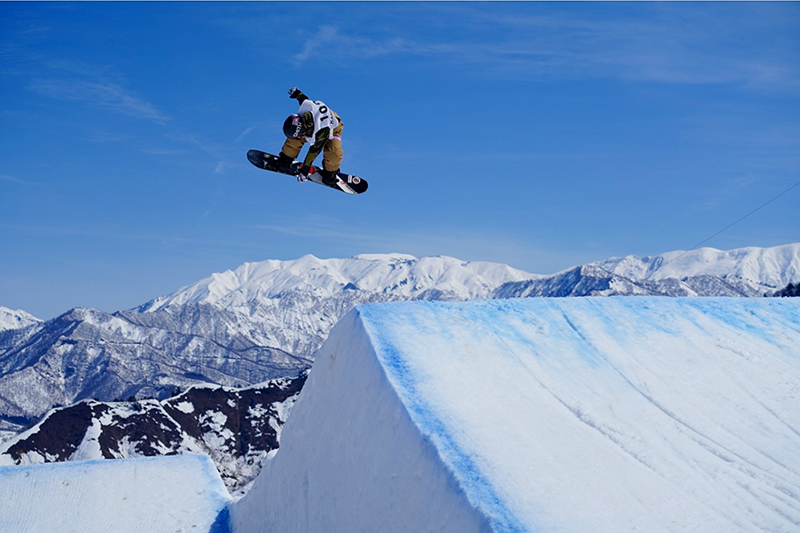 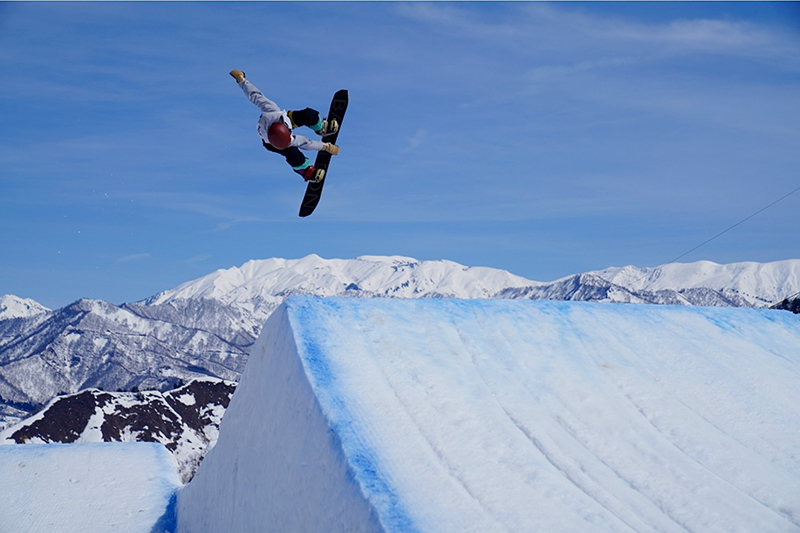 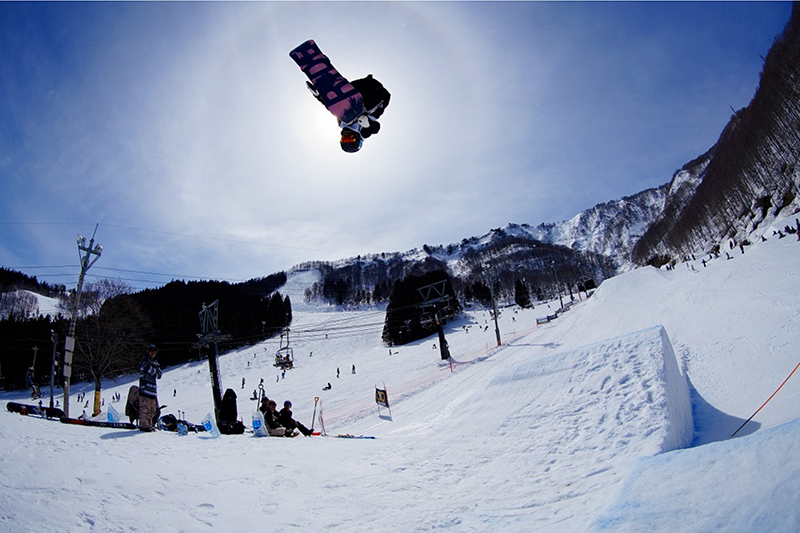 A support brand booth was set up next to the headquarters tent, where you could listen to stories about items for the next season between tournaments, and even the person in charge who took notes from beginning to end to discover the next generation of riders. 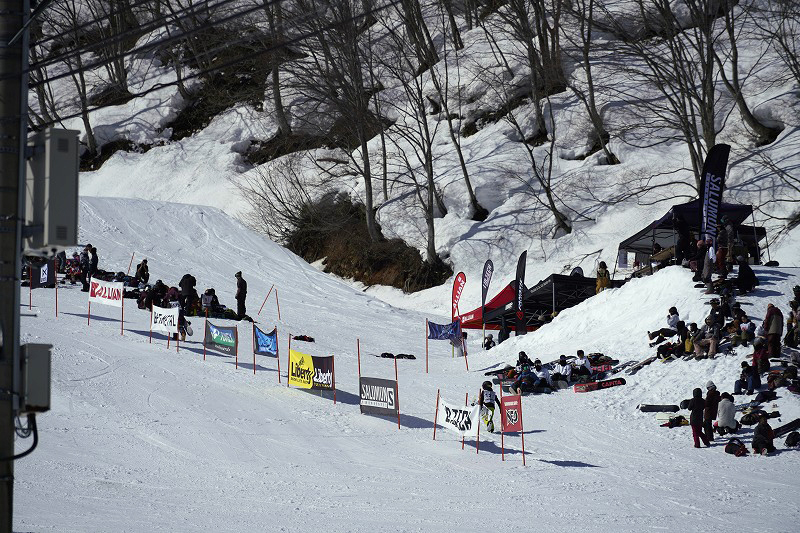 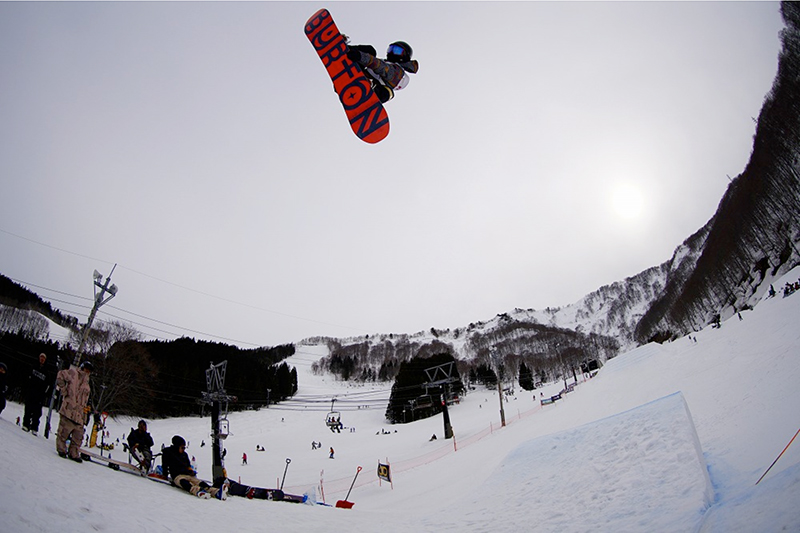 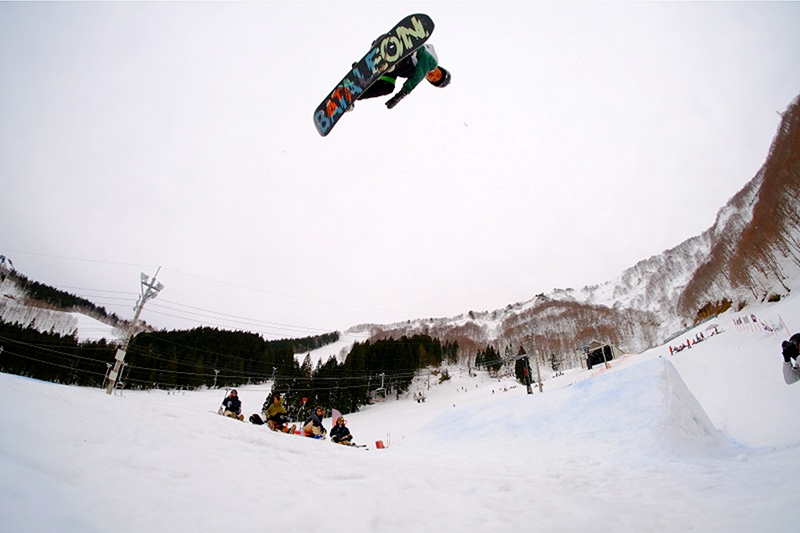 An open girl who can win.The winner is Yukino Kiyohara, who made the cab 540-backside 360 ​​clean. 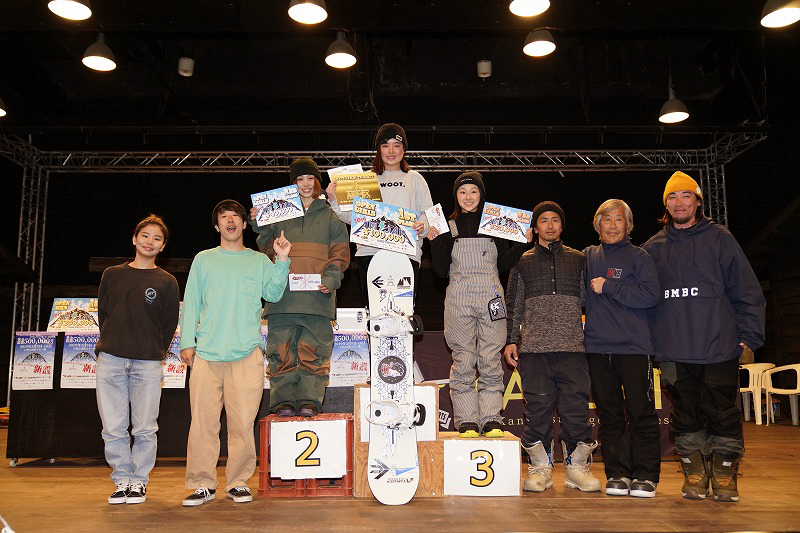 The open men's championship was Yuki Sato, who showed the high level of Hokkaido snowboarders with the perfect 900-900.

AM JAM 4, an amateur snowboarder festival held for the first two days for the fourth time.The total number of participants was 2, and the number of staff including volunteer staff was 2019 in two days, which was a considerable scale-up compared to the past three times, and it was completed successfully.

"Thank you to everyone who participated, the manufacturers who supported us, the volunteers who helped us, the riders who came to the event, the Kandatsu Kogen Ski Resort, and the SCLOVERPARK Digger." By Executive Committee Meeting

AM JAM has more categories and is getting bigger year by year, but its purpose is the same as the beginning.It is held to provide a place where general snowboarders can enjoy and become a goal, so why not make it one of your goals to participate in the next tournament even if you could not participate this time?Having the goal of participating in such a tournament will motivate you and will surely give you a chance to have a more fulfilling season than usual.

The 2019-2020 latest model test drive event of the brand that was exhibiting at the booth this time will be held at Kandatsu Kogen Ski Resort on April 4th (Sat) and 6th (Sun). 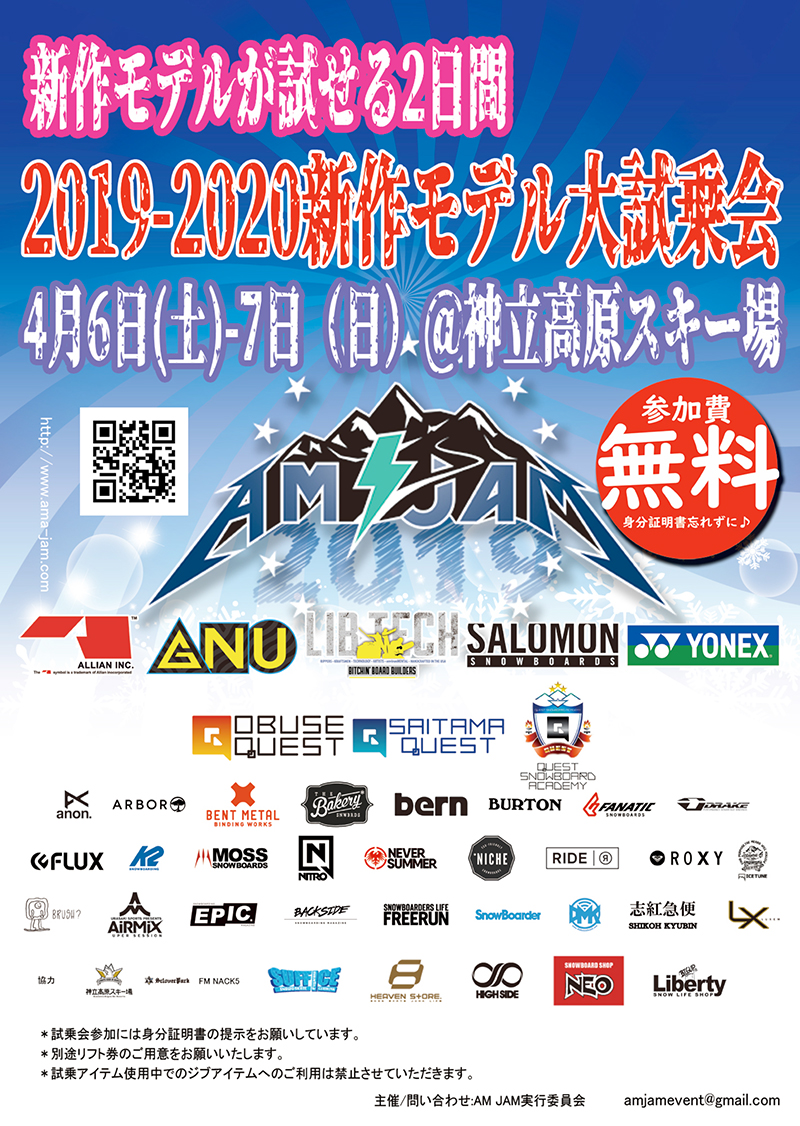 We have everything from kids and youth models to parks, gratri, and powder, so please come visit us.

* On the day of reception, you need to confirm your ID such as driver's license, health insurance card, and My Number card.Please bring
* Please prepare the lift ticket by yourself.

Notice of cancellation of the event. "AM JAM Jump Tournament" ...

Tournament for amateur snowboarders "AM JA ...

Amateur JUMP contest "AM JAM" is this year ...