15-16 model
A free riding model of head snowboards
"ARMS HCT" "HARMONIZE i."
I would like to introduce about. 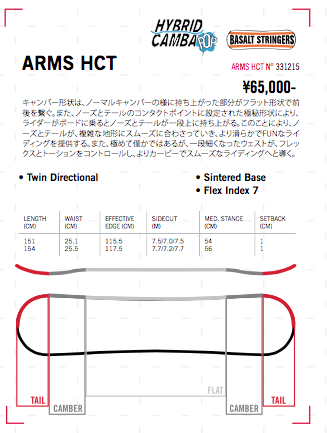 "ARMS HCT"
Arms of new shape released from this term.
The shape is Hybrid Camber Pop.The center is flat and the nose and tail are camber.

Adopting a sintered base, the Waxing effect is very high.
Allows high gliding throughout the season and is highly comfortable even with powder and spring snow

△ One step deeper side curve

By stepping on the nose and tail, it has a shape that raises one step.
It is easy to match the board to various terrains and press tricks using the nose and tail, proving its high adaptability to terrain play.Corresponds to complicated terrain such as swamp terrain and climbing up and down walls.

A model suitable for advanced carving, terrain play, and powder riding, from riders who want to learn turns and then step up. 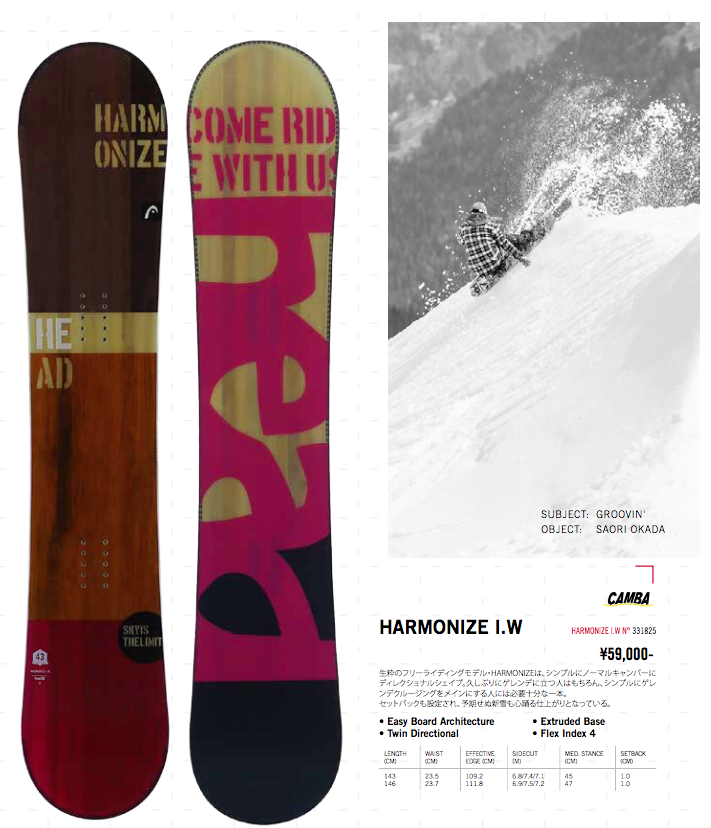 The genuine free riding model, HARMONIZE, is simply a normal camber with a directional shape.This is a necessary and sufficient book for those who stand on the slopes for the first time in a long time, as well as those who simply focus on slope cruising.A setback is also set, and the finish is such that unexpected fresh snow will be exciting.

A model that reproduces the shape of the heyday of snowboarding.A model with a long nose and a directional shape for turn performance.Board manufacturing technology has evolved, has become lighter, and has evolved smoothly.However, the outline is kept.
Great for people who were snowboarding when they were young and who were away for various reasons to start snowboarding again.What are double cambers and hybrids?I thought you.Let's feel the fun of snowboarding again with this board.