In November of last year, photographer Tsuyoshi Endo published a photo book "inner focus" that summarizes his 11 years of activities from a major publishing company Shogakukan.In this photobook, you can get a glimpse of the board culture and the moving works of the snowy mountains that he took as the culmination of 18 years.And late January this year.As a new challenge, he carefully selected 18 artistic photographs from the photo book and held a photo exhibition "Art of snow players" for people who do not know snowboarding at all in Ebisu AL, Tokyo.This activity was a challenge to the art of snowboard photography.In this interview, he talked about his thoughts on the photo exhibition, his future possibilities for snowboard photography, and his background in photography. 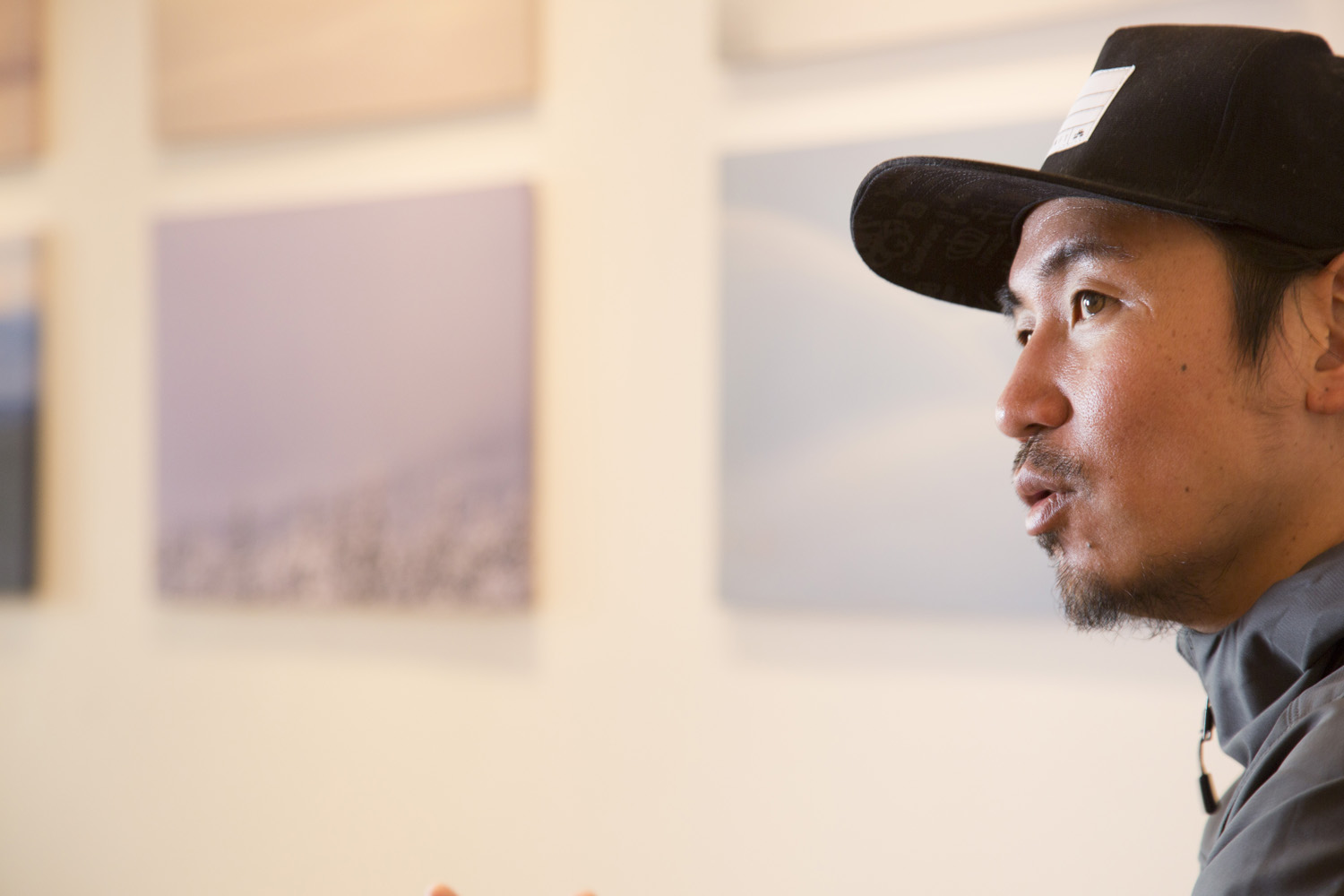 Free Run (F): What is the purpose of this photo exhibition?

Satoshi Endo (E):To put it bluntly, I would like to aim for snowboard photography to evolve beyond the realm of sports photography as an art.And it is recognized by the world as a piece of work and is displayed at home.I hope it will be normal for prices to be posted at shops.I think it's not just for me, but for the next stage of snowboarding as a whole, and I hope the photographer will take these actions and cultivate this ring to take root in a new culture.

Some snowboarders are athlete riders, and I think that's great and I respect them.Apart from that stance, I long for activities such as "I want to leave photos and videos in magazines and videos", and recently I want to work away from the competition scene like the HACHI crew who are active in Hakuba. There is also the front line of various riders.I feel that the temperature difference between snowboarders, which is recognized in the world, is a little too far from them.I think it would be nice if a rider with a little more creative thinking could be recognized by the general public.Through this photo exhibition, I hope that not only photographers but also riders who continue to leave their works will be able to create more possibilities for the world.

F: What is the difference between sports photography and snowboard photography that Mr. Tsutomu thinks?

E: The difference is whether the photo is a “recorded photo” or a “photo with a desire to convey something”.The original idea of ​​a snowboarder to give a dream.

F: How many photos did you select and complete in "inner focus" published last year?Also, from what perspective did Mr. Tsutomu choose the 34 photographs selected at this photo exhibition?

E: The inner focus is between 180 and 190 in total.In the photo book, there is a maniac aspect that only snowboarders can understand, called the chronicle that has passed the times, but that part has been completely removed in this photo exhibition.In this photo exhibition, we have the concept of letting people who do not know snowboarding and the world of snow see what we are doing, so we chose from that perspective.I changed each photo title this time, and if it is a normal snowboard photo, for example, in this photo, the rider name and shooting spot will be the title like "Lucas Debari @ Mt. Baker", but the title I gave this time is "SNOWMAN" what.For the average person, that's Lucas Debari, but no one knows it.The world of art is the world of "what the hell do you want to say about this work?" Grandpas and grandmas, foreigners, and people living in snow-free regions, such as Saudi Arabians, would know if the title was "SNOWMAN".I chose all from that perspective.In a word, it's really a challenge to art.It's a choice with quality to convey as a work, regardless of age, gender, or nationality.

This is a digest version of the interview video "Documentary of Tsutomu Endo's Photobook" inner focus "" produced to commemorate the publication of inner focus.Riders, media, manufacturers and many others talk about inner focus and Isao Endo.You can check each long interview by searching FB: "INNER FOCUS PHOTO BOOK"

F: What is the part of your snowboard photography that makes you feel artistic?

E: To be clear, when the action is in the picture, the art will be taken to another dimension.Maybe it's because we snowboarders see it, but in fact, the photos that I feel artistic about snowboarding may be photos without players.The way of life of a snowboarder appears, or the world view that makes you imagine.However, the riding photos that we simply came to are inevitable, and I think the process of aiming for them is art.At the time when I and the rider meet and I feel like leaving a picture together, it will not happen unless there is a channel for each other, so synchronizing there is a great artistic thing, in various thoughts and nature The various points that remain in the work become one work.I think that the work itself is an art, but I think it's a different dimension of snowboard photography, but I think the process is artistic.I wonder if I'm doing it with such friends now.I wonder if there are friends who have the same channel. 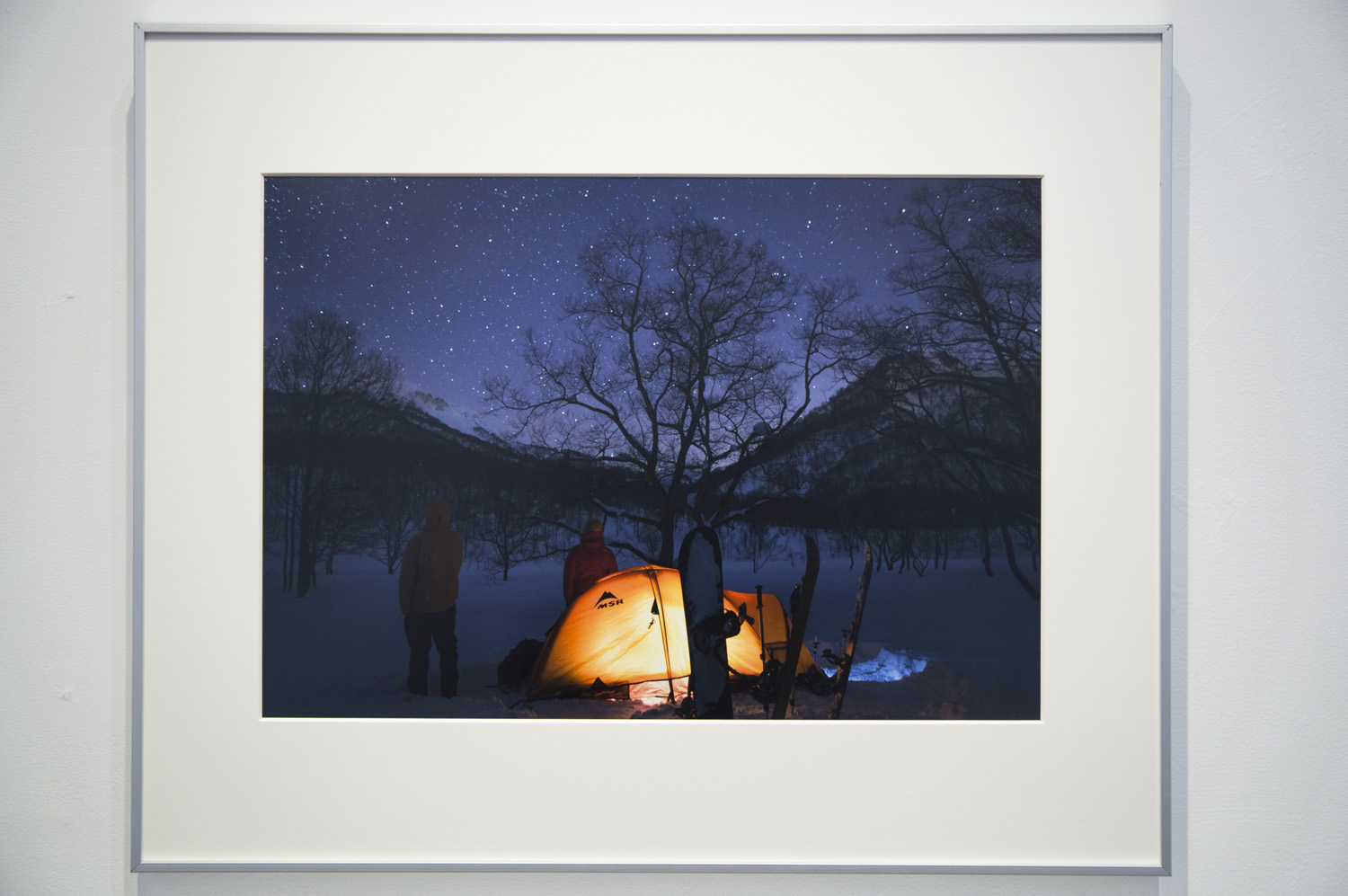 F: Mr. Tsutomu, who is still slipping as a player and shooting from the player's perspective, is there anything you are particular about shooting?

E: On the day of shooting, I carry the camera back and accompany the riders, and I wonder if I'm shooting when an idea is born improvised at that time.You can't really shoot by partitioning the space and then starting.I wish I could shoot naturally so that the rider wouldn't have to wait.Otherwise, the air flow will stop and I feel like the temperature in the photo will be gone.So I don't want to stop the rider to keep that temperature.After all, the temperature of the place is important for photography.

F: It feels like Tsutomu-san's photographs are a natural lifestyle, or a good cut of everyday life.

E: I wanted to convey that temperature feeling called Burn in that Lucas photo.It's difficult to stand here and tell me to do this, and that's a gimmick in the first place.After all, I want to convey the true happy moment at that temperature.That's why I can't take pictures unless I always carry a camera with me.At that time, I hung a small digital camera called X-T1 from Fujifilm, which wasn't a single-lens reflex camera, and took pictures anyway.But I'm pretty enthusiastic to have it all the time.For example, I want to shoot Temple Cummins during this period, so it's quite difficult to shoot for the past month unless I decide to never let go of the camera.It's really going to be the world if you take 1 pictures and leave one or not. 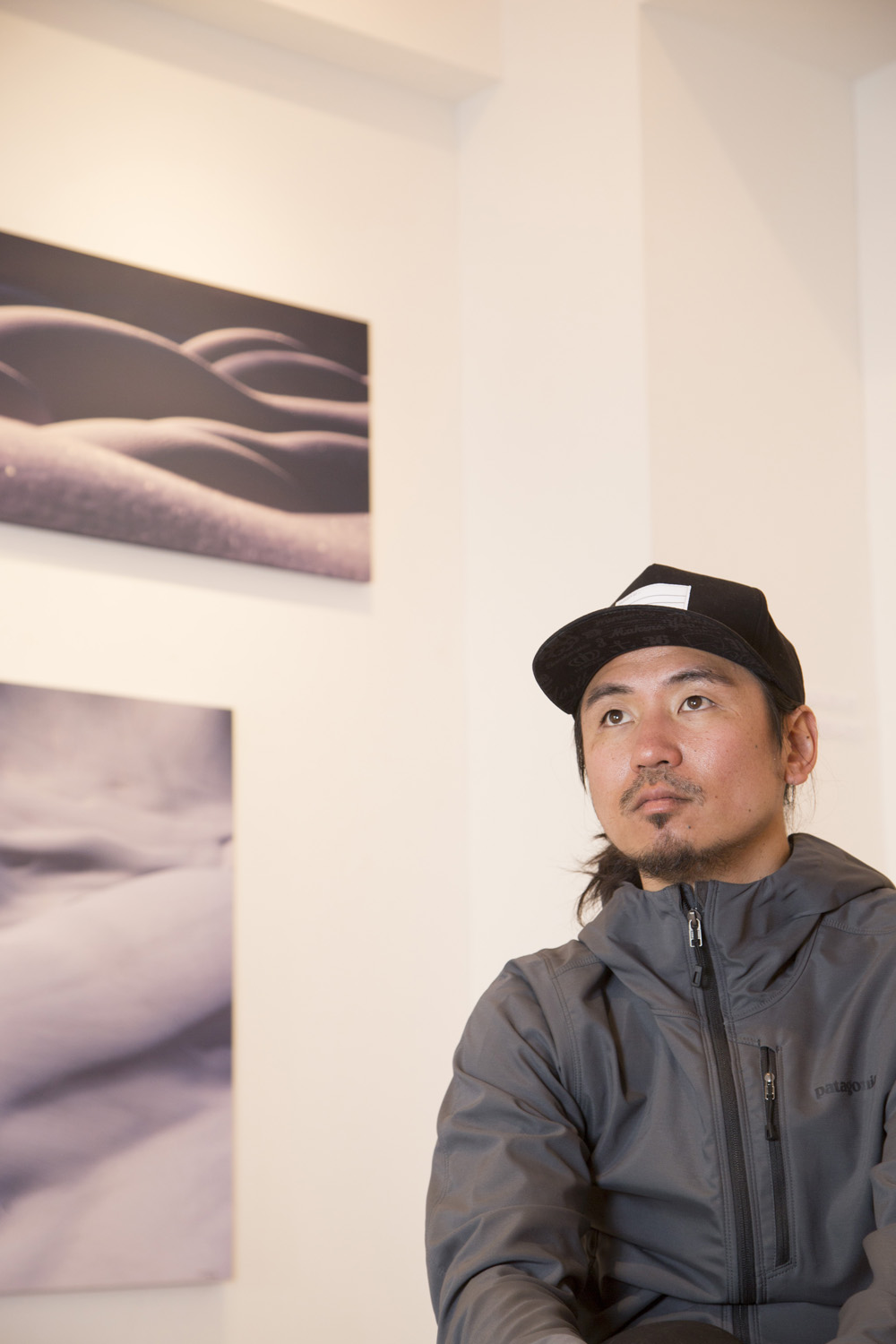 Born in 1978. Born and resident in Omachi City, Nagano Prefecture.Familiar with snowboard culture, specializing in shooting in snowy mountains, since 1998 he has been involved in advertising, catalogs, magazines and writing, focusing on extreme photography.Also, focusing on nature and snaps, he travels in search of the excitement of this star.Held photo exhibitions, slide talk shows, etc. at home and abroad.

Focusing on the home mountain of photographer Tsuyoshi Endo ...

What I got in Alaska.