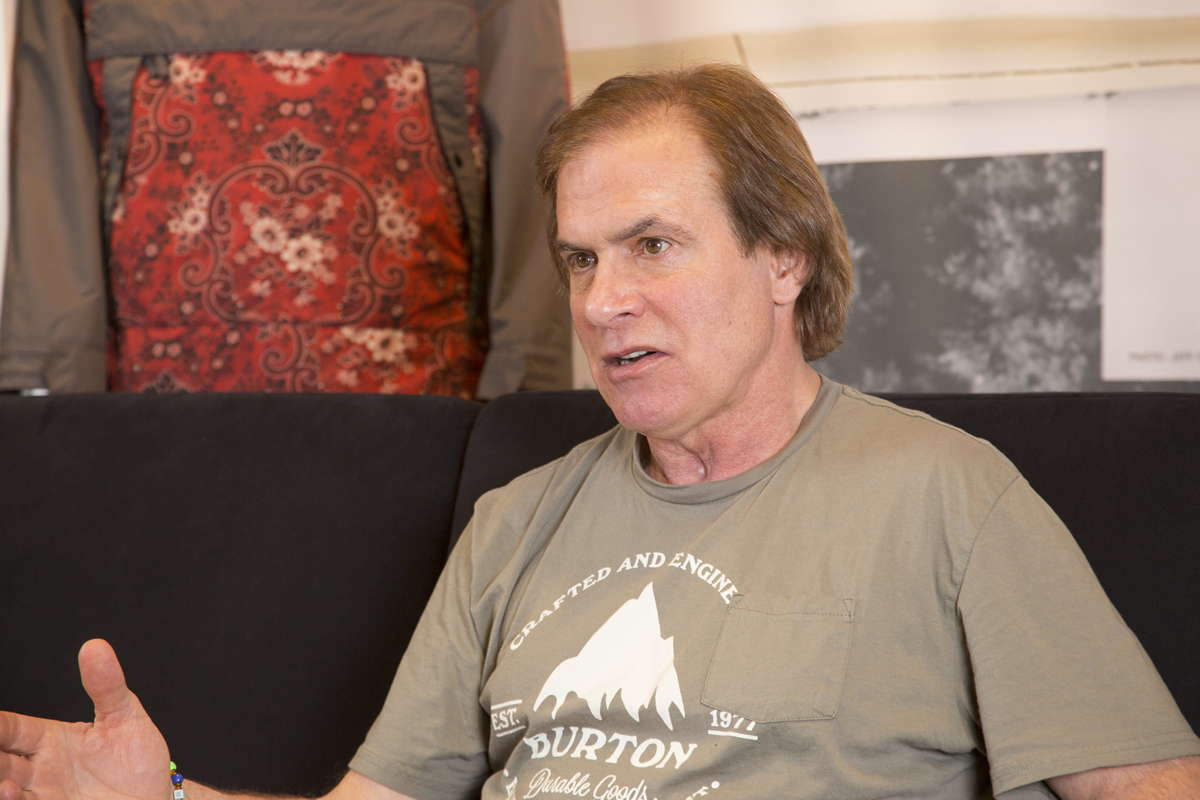 Snowboarding, which was born as a play in the 1960s, has grown into a major entertainment industry.It became an Olympic event and became a sport that everyone is paying attention to.How does Jake Burton of BURTON Snowboard, a leading company, see the development?Last year, Jake, who suffered from a serious illness that was prepared to die, overcame it, and returned to the snowfield, talked about the future he is looking at.

Free Run (F): What do you think about the balance between business and the spirituality that snowboarders value?

Jake Burton (J): Snowboarding is my soul.For Donna and I, snowboarding is like a first child.We pledge to protect, love and devote our lives to snowboarding.And at the same time, although not the best, I consider myself a “good businessman”. Should I say "sufficient businessman"?There are many brands that have good ideas and good snowboarders, but often they aren't doing well.On the other hand, there are brands that have a high level of business sense but have a bad product and image. I think BURTON is a very rare brand with a strong business, the best products and the best team.

F: Do you think you are a good businessman?

J: I think so.Especially in the 80s, I learned a lot in Japan.The same is true for product quality.I felt that the brand would not grow unless it produced the best products, and above all, the Japanese market is severe, so even a slight scratch will not be recognized as a product.It has to be perfect in every aspect.It was a very good experience.

F: Snowboarding is a winter sport.How do you perceive the summer season as a brand?

J: We also do business in the Southern Hemisphere, so there is always winter.However, the reality is that the scale of business is still small.When I think of summer as an individual, I have always traveled, and in the summer I have traveled to Chile and Argentina.I stay in the Southern Hemisphere for at least two weeks in search of snow.Some staff are away from the snowy mountains and immerse themselves in skating and surfing. The BURTON headquarters has a bowl for skating, and you can reach the sea in a XNUMX-hour drive.I spend XNUMX hours traveling to Long Island in New York, which is also my hometown, so it's my favorite place.There are few people and it is perfect for surfing.

J: I want to continue to grow in different categories even in seasons other than winter.However, we believe that the story we create is born from a "snowboarding lifestyle" and leads to camping and outdoor closing.Many snowboarders live outdoors.Danny Davis and Jack Mitrani are always camping and I thought it was natural to release camping gear.Moreover, because we are confident in manufacturing, we can make high-quality and highly durable products just like snowboards, even for a single bag that is intended for outdoor use.

F: Bluesign (* The world's strictest environmental protection and worker and consumer safety, which states that only products that use production systems and materials that do not cause environmental pollution should be supplied to the market. We have adopted FSC (* Forest Steward Council, certification by the International Forest Stewardship Council, which evaluates, certifies, and supervises forests and products in the production process, and the distribution process). Is it a conscious movement?

J: Since the nature of snowy mountains is the field, it is important to pay attention to "how to make products".It will be an era when we need to think more deeply about the environment, and we also hope that a stance like ours will lead the industry.Looking back, five years ago there was no department dedicated to sustainability.It now has five staff working in the environmental department.There are 5 people working in the CHILL program department, which provides children with a snowboarding experience, but we are the only snowboarding brand that has this kind of system.

F: Please tell us a little more about adopting the sustainability program.

F: How about snow in America this year?

J: There is little snow on the east coast and the central part.Last year was a really good season, but water shortages were getting worse in California.There was not enough water to make the product, such as drinking water, park water, and water used for golf courses.But this year's west coast has a good season.Whistler and Utah are also good.

F: In recent years, more and more people have begun to realize that snow in Japan is good.What do you think about the potential of the Japanese market again?

J: Before, no one knew that snow in Japan was of good quality, but nowadays many know snow in Hokkaido.I think the market potential is also great.But we need to know more about the characteristics of the market.I think the industry, including winter resorts, needs to be a little more active in marketing. 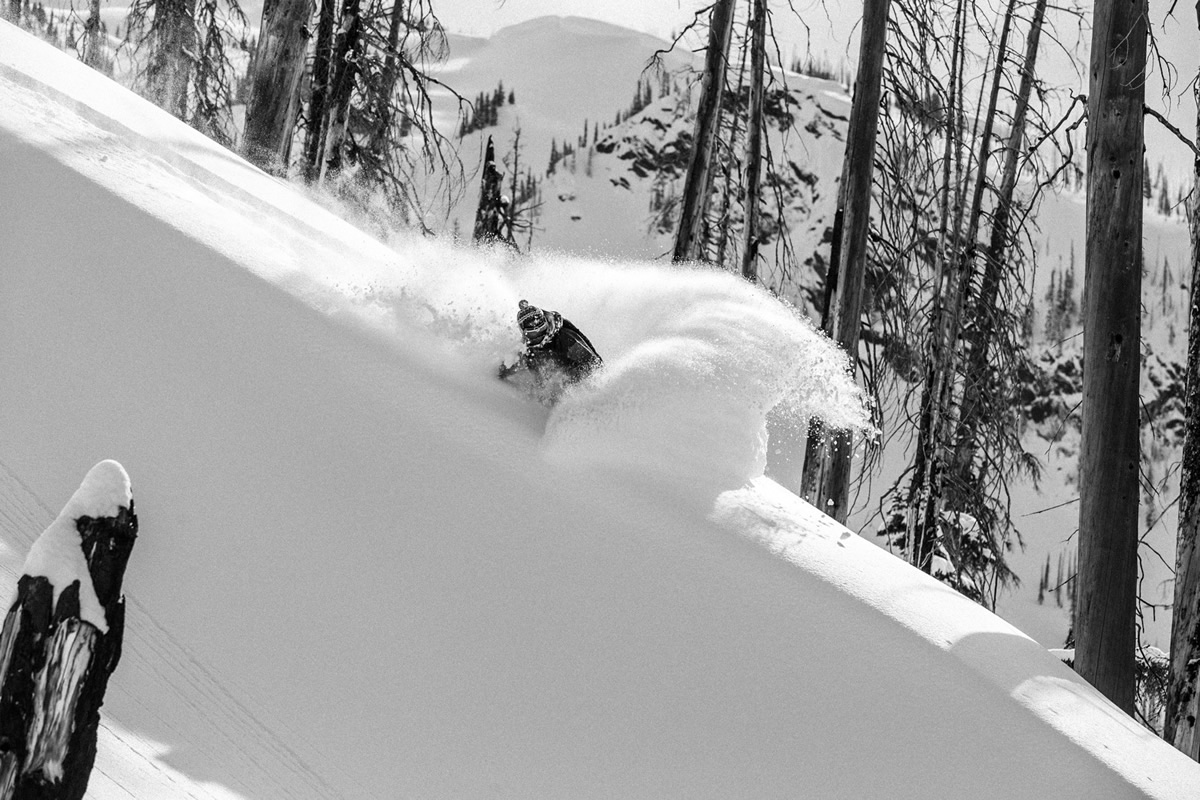 F: Do you have any plans for the Japanese market as BURTON?

J: There is nothing in particular at the moment.The staff at our head office is thinking about a global market approach.But Craig, Senior Vice President of Asia Pacific, believes he has done a lot to the Japanese market.Currently, the world economy is in a very tough situation.It's a situation where everyone has to aim for the top.

F: However, in Europe and the United States, large-capital companies such as the energy drink industry are entering the market one after another.Snowboarding seems to be booming as entertainment.

F: What is BURTON different?

J: Snowboarding is my passion.Snowboarding has given me a lot of grace in my life.So you have to give back.

Interview with Jake Burton, a pioneer of snowboarding "Snowboarding is my passion" <Part XNUMX> 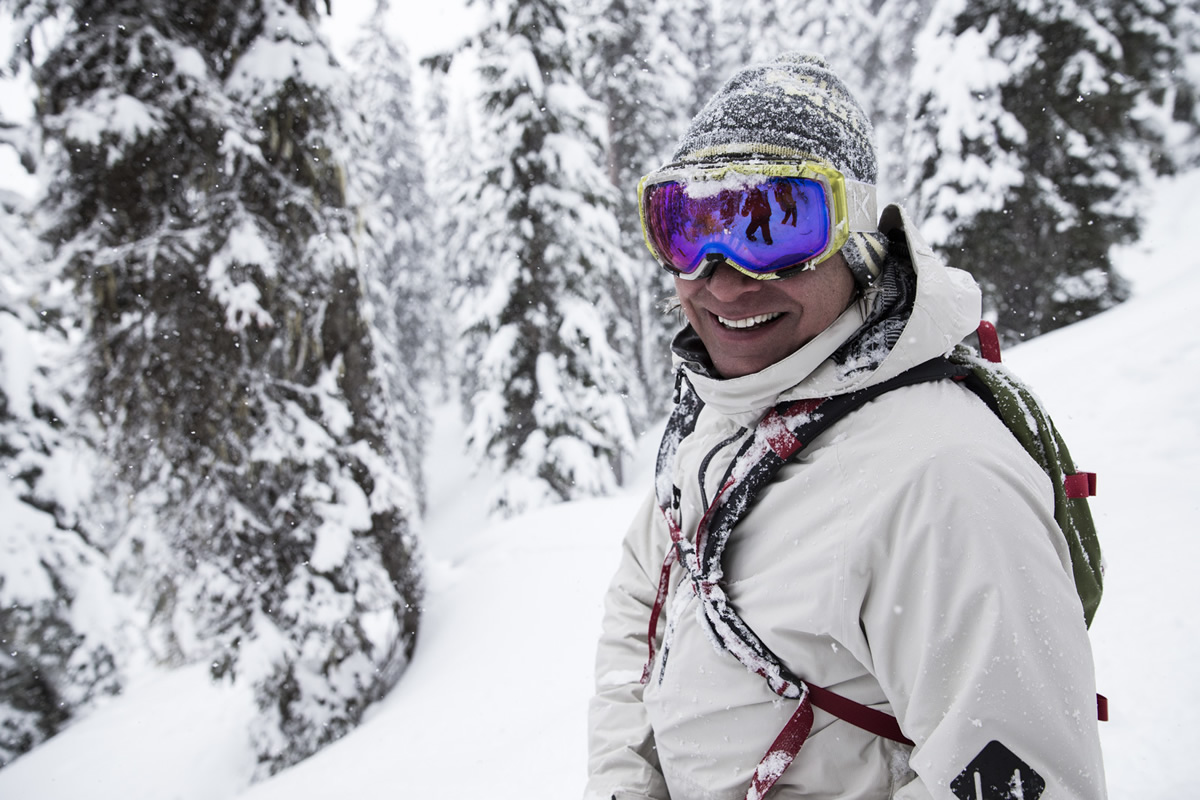 NO.05_ "The integration of boots and binding is a moment ...