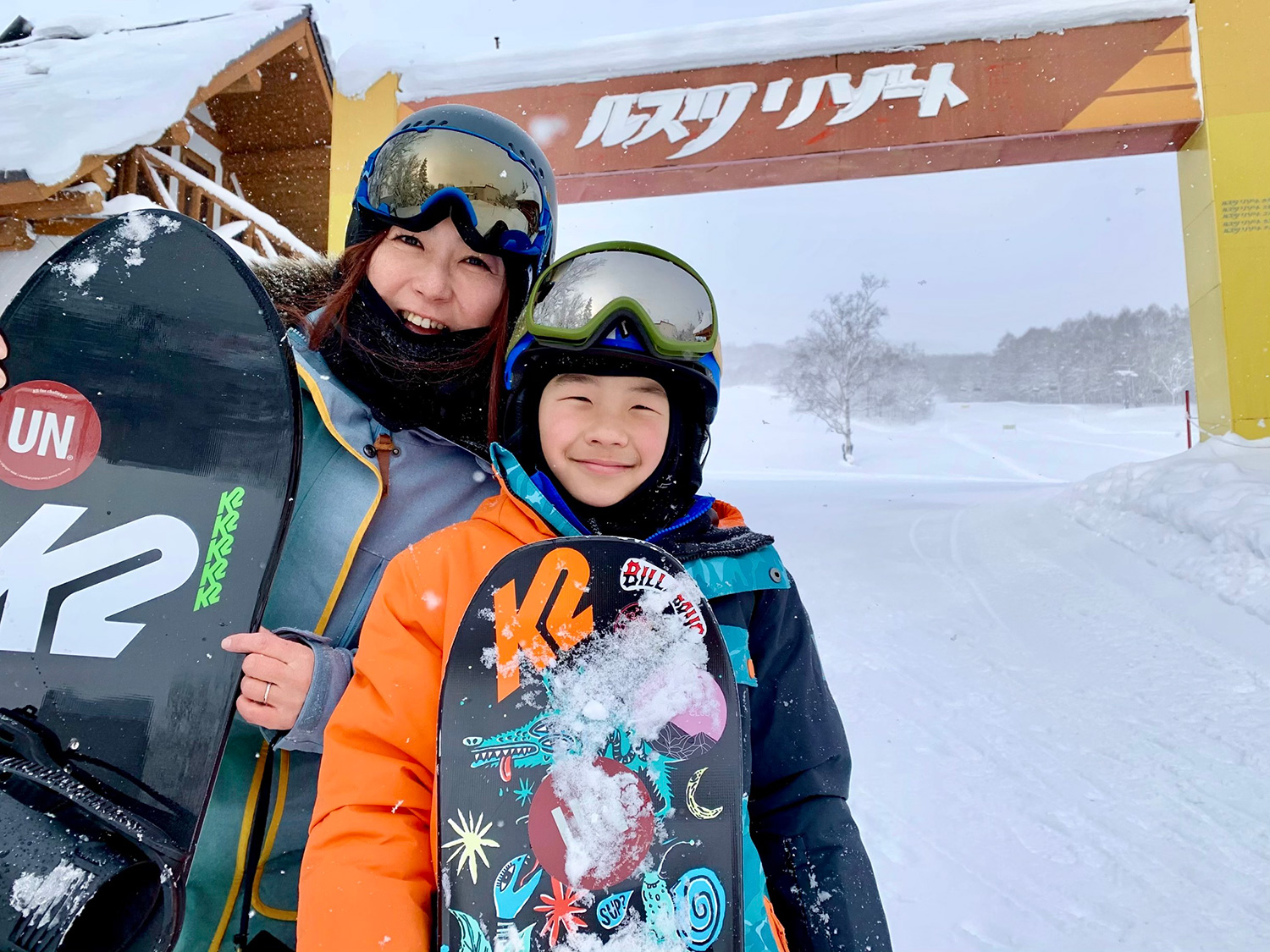 The Niseko area that I definitely wanted to visit since I came to Japan.After enjoying Niseko for a few days, at the end of our trip, we visited Rusutsu Resort, which is located on the Pacific side of Mt. Yotei, which is the symbol of this area.
Text: Yukie Ueda
Special Thanks: Rusutsu Resort

When you arrive at Rusutsu Resort in winter, you will be overwhelmed by the large Ferris wheel and roller coaster in the snowy landscape.Not only children but also adults who visit for the first time will be moved by the fairy tale scene.
The resort has long gondola rides toward the tops of Isola, East, and West, and the slopes alone are likely to be about the size of three ski resorts.In addition, the size of the site is truly Hokkaido, including the amusement park and golf course that are open in the summer.

I've been to Rusutsu twice before, but I don't know the mountains enough to guide me.It's good to show you the mountains you are familiar with, but it's also fun to slide on a strange mountain while spreading the map.While watching the amusement park that mysteriously blends into the snowy landscape, I went out for a snowboard expedition with excitement with my family.

When I climbed the mountain with a gondola, the world of silver and silver spread all over my view.Trees wearing snow that seem to be light because they are thick but look are welcoming you.

The wide barn, which was originally compressed, is covered with fresh snow, and carving feels like a dream.The tiger slides down like a fluffy snow surface while doing a grand trick.I felt as if I was free to slide on the clouds.

I was also worried about the direction of Isola, where people with pointed boards are heading, but we used the line that the skier went in as a guide and went into the barn, which was barely stepped on yet.
Then, the finest white world without footprints spread out there.

There was plenty of sensation between the trees with heavy snow, and there were plenty of mashes of various shapes.No matter where you fly, the landing is soft and buffy, and you can do whatever you want.

We each found and enjoyed our favorite attractions.It's like an amusement park in the forest.

I went through a wooden arch, followed a line that someone gave me, ran through the woods, and rode the gondola many times and got off while playing.

It was just a natural amusement park.

Once you step into the slopes, you'll find a backcountry-like terrain within the course.Surprised by the gap, we continued to cover the white snow without eating lunch as time allowed.

This is a huge amusement park in the snowy mountains that will please both children and adults.

Merry-go-rounds and roller coasters are attractive, but for us snowboarders, this field was just a terrain island made of natural terrain.

Glide until you get on the ferry

We skated the powder until we were satisfied, and we cleared the snow on the board, loaded it into the car, and headed for the ferry terminal.
The ferry, which departs after XNUMX pm, will take you to Honshu while you are asleep and slippery.You can also soak in the large communal bath, gaze at the sea while drinking beer, and heal your tiredness.

The ferry trip has a special feeling even when traveling domestically.It is also convenient for snowboarders who have a lot of luggage because they can move with the car.
The situation at the vacant resorts has been difficult due to the stoppage of tourists from overseas, but I feel that this wonderful snow and fields are giving us light to snowboarders.
It made me realize that nature is wonderful and there are many treasures in Japan.

When we return to America, we will surely continue to talk about the snow in Hokkaido.
The memory of this little boy will remain in the corner as long as he is a snowboarder, and will come back someday.

Rusutsu's course and Frida where Yuri Okubo pushes the drum ...